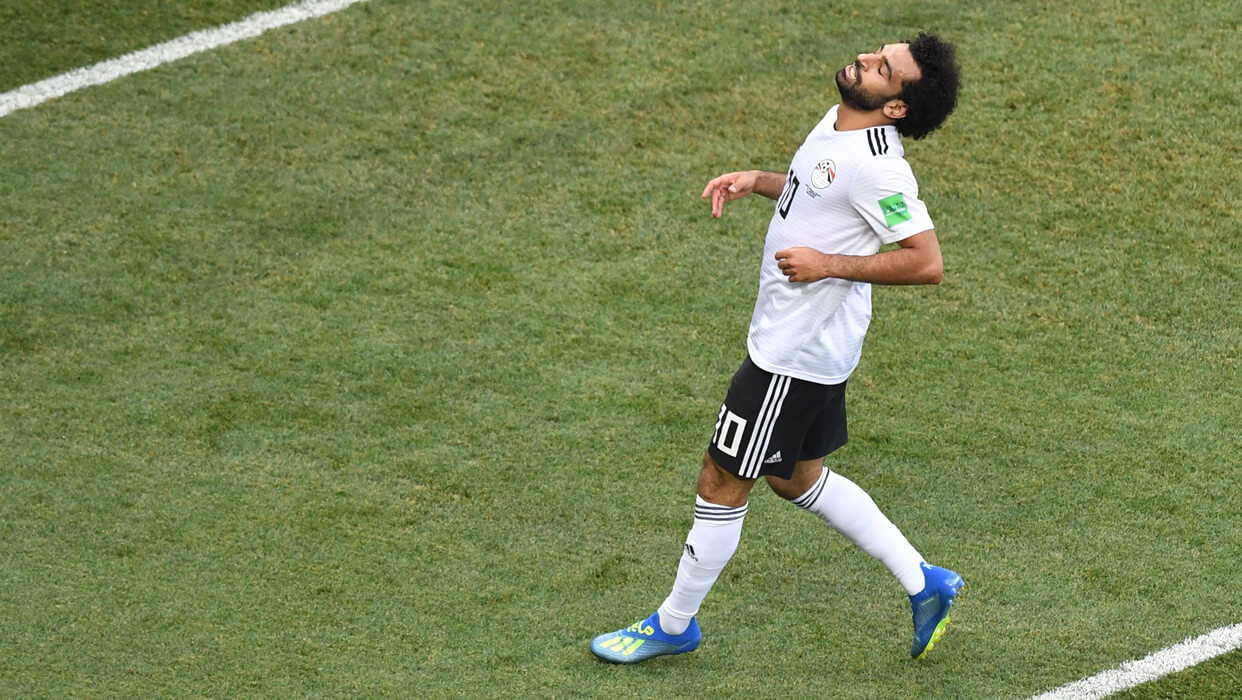 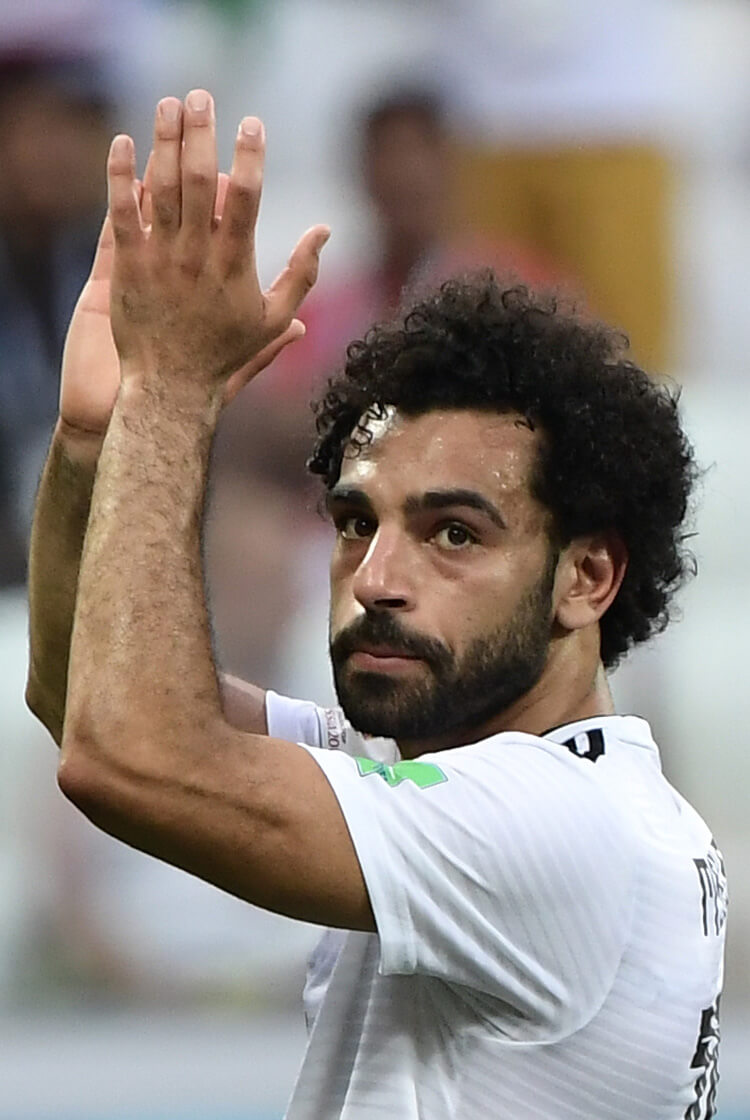 Premier League Watch
Only one Premier League player got on the scoresheet on Day 12 of the 2018 World Cup, as Groups A and B came to their respective climaxes. That was Mo Salah, who opened the scoring for already-eliminated Egypt against Saudi Arabia with a well-taken lob. The Liverpool forward showed glimpses of the form that made him the most feared attacker in the Premier League last season, but he missed another good chance and his side – also featuring Arsenal midfielder Mohamed Elneny – was made to pay as the Saudis fought back to secure their first World Cup win since 1994. Salah will definitely benefit from a bit of time off to recover after a very long and emotional season for both club and country.

Over in an action-packed finale to Group B, David de Gea had another eventful evening as Spain drew 2-2 with Morocco. The Manchester United goalkeeper couldn’t do much about the Youssef En-Nesyri header that put the Moroccans 2-1 up in the second half, but he won’t have been happy at being nutmegged by Khalid Boutaib for the Atlas Lions’ first. De Gea’s international teammate but club rival, Manchester City’s David Silva, had a typically tidy game in the attacking right-sided role he played against Portugal but not in the victory over Iran. For Morocco, Nordin Amrabat, still officially a Watford player, put in a spikily impressive display that included one thunderbolt of an effort that cannoned back off the Spanish woodwork.

For Portugal, Joao Mario – who finished the season on loan at West Ham from Inter – demonstrated clever movement against Iran, drifting between the lines and running beyond the forwards from his left-sided starting position. He is a difficult player to track in defence and will need to be watched carefully if starting against Uruguay in the last 16.

Premier League Potential
William Carvalho capped off an excellent opening three games with another solid display in the Portugal midfield against Iran. In a game featuring rising tempers and no huge amount of quality, the Sporting midfielder (above, left) demonstrated a mature composure in possession and showed his usual quality out of possession. Premier League teams in need of a ballplaying midfielder who provides excellent balance out of possession and recovers the ball well would certainly be interested in a player who is still only 26. The three big London teams – Arsenal, Tottenham and Chelsea – might all benefit from his signing.

Old Father Save
At a youthful 45 years old, Egypt goalkeeper Essam El-Hadary became the oldest player in World Cup history when he made his appearance in his country’s final group game against Saudi Arabia. The veteran stopper marked the record with an incredible penalty save from Fahad Al-Muwallad, tipping the striker’s spot-kick on to the crossbar to maintain Egypt’s lead. Unfortunately, the venerable keeper couldn’t keep out a later penalty from Salman Al-Faraj or the stoppage-time winner from Salem Al-Dawsari. Egypt’s wait for a World Cup victory, like their keeper, goes on and on.

Tight fists
Uruguay’s clean sheet against Russia in their final group game was their sixth in a row, meaning they have now gone 544 minutes without conceding a goal. The last time they conceded was as far back as November 2017, when Austria’s Louis Schaub netted a late winner in a 2-1 victory in Vienna. Last-16 opponents Portugal will have their work cut out to breach a defence led brilliantly by Atletico Madrid centre-back Diego Godin.

Long wait
In racing clear of Gerard Pique and Sergio Ramos before nutmegging David de Gea, forward Khalid Boutaib (above) became the first Moroccan to score a World Cup goal for 20 years. The last to do so was Salaheddine Bassir, who bagged a brace in a 3-0 win over Scotland as both sides departed the France ’98 tournament at the group stage. That remains the last game the Scots have played at a World Cup finals, but optimism will be great for a swift return for Morocco, who gave the 2010 champions a real scare on their way out of this one.

Spanish synergy
Despite an unconvincing result against Morocco, Spain showed flashes of the quality that made them the dominant force in world football between 2008 and 2012. While many will look at the amount and the technical quality of the passes, which is important, here we look at the movement and relationships that give these passes meaning.

The relationship between full-back, wide attacker, ballside central midfielder and centre forward is completely linked, and the synergy within this side can bring about lethal combinations – as seen above in the build-up to Isco’s goal. As full-back Jordi Alba is wide, Isco, the wide attacking midfielder, can come inside; Iniesta, the ballside central midfielder, and centre forward Diego Costa notice the gap created between the Morocco full-back and centre back. Costa drops away from his marker to receive the ball from Isco, Iniesta demonstrates great intelligence in continuing his run blindside of Isco. Costa then plays around the corner for Iniesta, who cuts back for Isco, who has continued his run into the box, to finish.

One of the key points here is not only the relationship between the players, but the understanding that every pass and movement changes the shape of the game – and Isco, Costa and Iniesta in particular understand that perfectly here. The worrying thing for Spain’s opponents is that David Silva, Dani Carvajal and Thiago Alcantara have this understanding on the other side of the pitch as well. The only question is how often these combinations can penetrate – both against Russia in the last 16 and potentially beyond.

Uruguay resurrect the diamond
Uruguay have brought back an old favourite in terms of formations: the 4-4-2 diamond (above). This is a system they used in their 3-0 victory against Russia, and one that suits their players. The trade-off from using this system is the emphasis that it puts on the full-backs to provide the width, but with Arsenal target Lucas Torreira at the base of the diamond and excellent centre-backs behind him, security shouldn’t be much of an issue for a team that doesn’t concede many goals.

What this system does provide for Uruguay is an opportunity to use both Edinson Cavani and Luis Suarez in central attacking positions, with the exciting Rodrigo Bentancur just behind them. It means that, centrally, Uruguay are extremely strong when in possession – but, just as importantly, it means that in transition the central area of the pitch is protected against counter-attacks.

The system also allowed for several instances of third-man movement against Russia, where one of Suarez or Cavani would come towards the ball and look to set it for a forward-facing midfielder to play in the third man. The midfield diamond may be fairly rigid in terms of structure, but it passed the test against Russia; it will be interesting to see if the same system is used to combat Cristiano Ronaldo and co in the knockout stages.