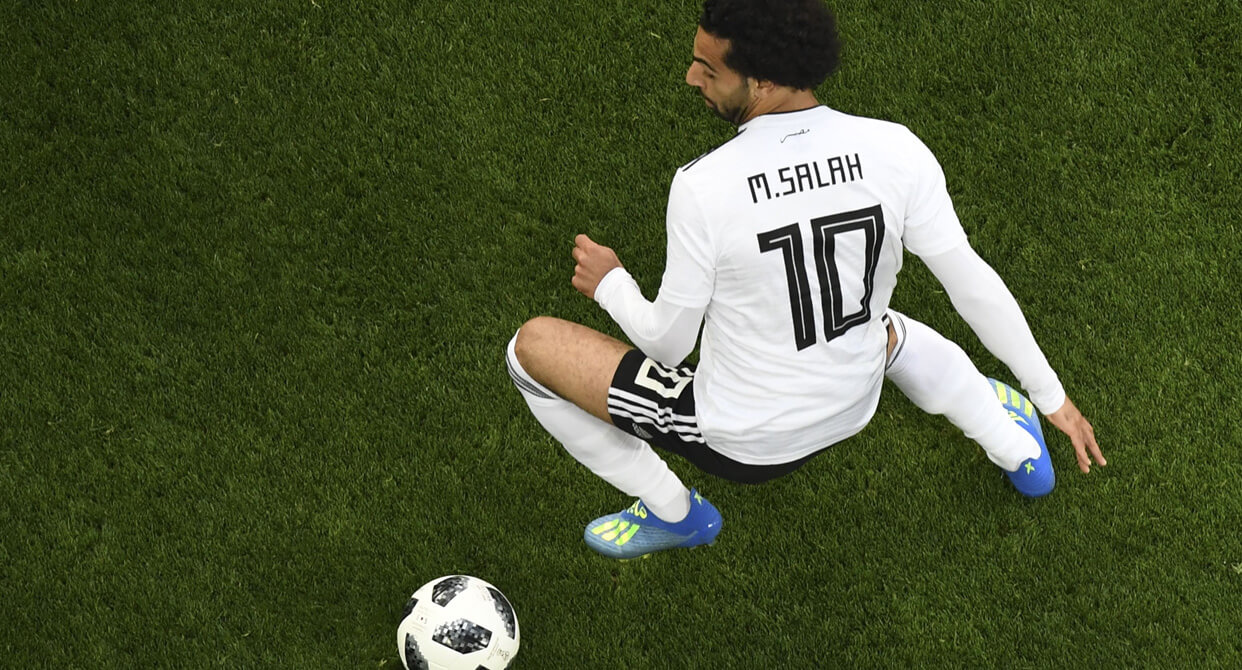 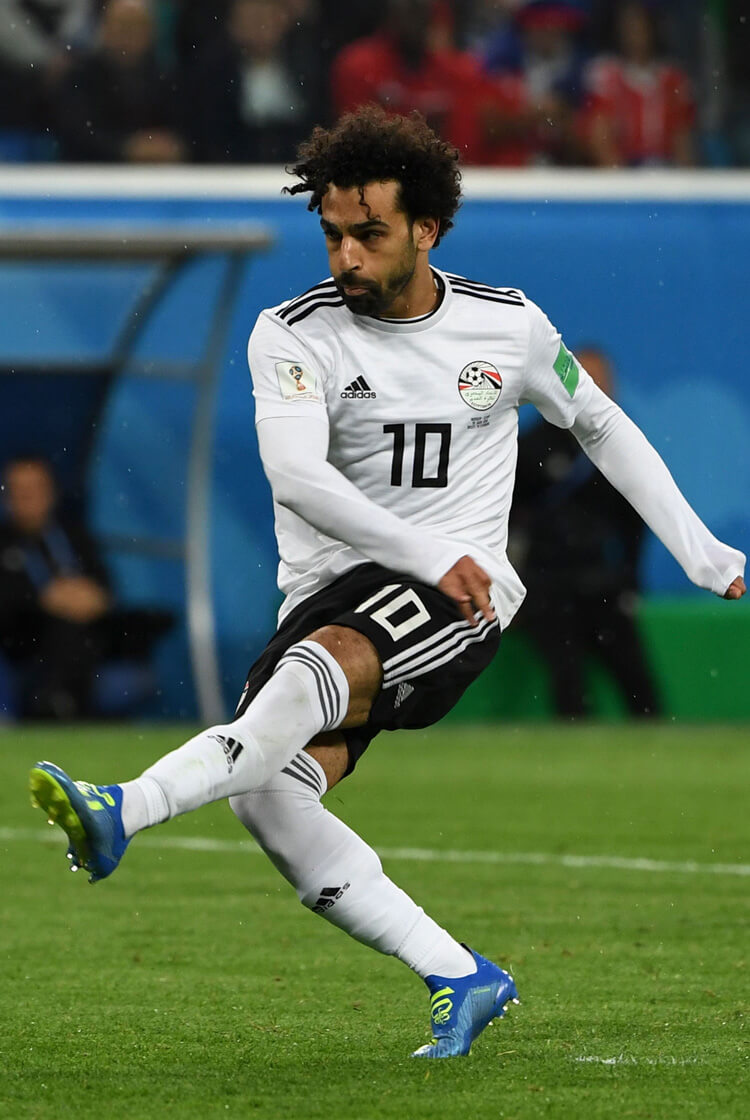 Premier League Watch
There is no question that Mo Salah was even close to full fitness as he made his comeback for Egypt against hosts Russia on day six of the 2018 World Cup, but the Pharaohs had to take the gamble with their future at the tournament at stake. The Liverpool forward still made a mark of sorts, hammering home from the penalty spot after VAR had ruled in favour of his team – but Egypt were already 3-0 down, and destined for an early exit from their first World Cup since 1990.

Salah’s teammate at Anfield, Sadio Mane, had an influential game for Senegal, providing the assist for the deflected strike that opened his team’s account in the 2-1 win over Poland. Mane operated out on the left of midfield, but could often be seen driving into the middle to exploit the space left by M’Biaye Niang, who often drifted out to that side to win the aerial, diagonal pass. Mane would also move into the half-space and central areas to provide space for left-back Youssouf Sabaly to get forwards. Although Poland pressed Senegal, they didn’t do so quite as high or aggressively as is usual in the Premier League – so the space in behind was limited, meaning Mane couldn’t make the same runs in behind we have become used to seeing for Liverpool.

Another player based in Merseyside, Everton’s Idrissa Gueye, operated on the right side of Senegal’s central midfield, alongside Wolves’ Alfred N’Diaye. Gueye, whose deflected shot opened the scoring, was tasked with the simple job of regaining possession and keeping it safe. His pass success of 89 per cent suggests he did just that.

Premier League Potential
Despite some early technical struggles, Kalidou Koulibaly demonstrated again that he is an accomplished defender capable of building from the back. A strong aerial presence and good one-on-one defender, the 27-year-old Senegal centre-back (above, right) would fit in to any of the top sides and would arguably displace one of the starting centre-backs at Chelsea, Manchester United, Liverpool, Arsenal and perhaps even Manchester City. If former Napoli head coach Maurizio Sarri ever confirms a move to the Premier League, it wouldn’t be a huge surprise to see him come calling for a player he has brought on hugely in the past three years.

Second earliest bath
Colombia’s Carlos Sanchez managed only 176 seconds of action before his red card in the 2-1 defeat to Japan. The Espanyol midfielder was dismissed after just two minutes and 56 seconds to became the owner of the second earliest red card in World Cup history. First place still lies with Jose Batista, who was sent off for Uruguay after just 54 seconds against Scotland at the 1986 World Cup in Mexico.

Russian rhythm
Russia’s 3-1 win against Egypt didn’t just secure their safe passage into the last 16; it also meant that they had won their opening two games of a World Cup for the first time since 1966. Then competing as the USSR, they opened up with victories over North Korea and Italy, and followed up with two more against Chile and Hungary before losing to West Germany in the semi finals. Anyone remember who won it that year?

Shot-shy Poland
It took 78 minutes for the desperately disappointing Poles to manage a shot on target from open play in their defeat to Senegal. Before that, they had offered only a single Robert Lewandowski free-kick to trouble Khadim N’Diaye in the Senegal goal. Over the 90 minutes, Poland managed four shots on target from a total of 10 – hardly the display of a team looking to go deep into the tournament.

The old ones are the best
Whisper it, but the 4-4-2 formation appears to have made a comeback at this World Cup. All six teams that played on day six used it out of possession (although for Colombia this soon became a 4-4-1). The advantages of this formation are its simplicity to organise and the clarity of the roles and responsibilities. However, the glaring weakness is the lack of security between the lines, as depicted above as Colombia penetrate against Japan. Teams playing against this structure should look to position their most dangerous players between these lines while teammates occupy the opposition’s back line. Then, with patient and purposeful movement of the ball, gaps will appear to penetrate the midfield line – taking four midfielders and two attackers out of the game.

Right-hand drive
On average, 32 per cent of Russia’s chances come down the right-hand side; the conversion rate from chances created on this wing is almost double that of those created on the left. Against Egypt, all three of Russia’s goals came from work done in this area of the pitch. The cross from Aleksandr Golovin that was punched clear for the first goal came from his underlapping run through the right half-space to receive in behind; Roman Zobnin subsequently arrived on the right to strike the ball that deflected in off Egypt captain Ahmed Fathy. The relationship between attacking right midfielder Aleksandr Samedov and right-back Mario Fernandes was crucial for the second goal (above), with the latter performing an excellent cut-back for Denis Cheryshev to strike home this third goal of a tournament he started on the Russian bench. Finally, the set-piece for the third, taken by veteran defender Sergei Ignashevich from the right, was brought down and finished superbly by the giant Artem Dzuyba.