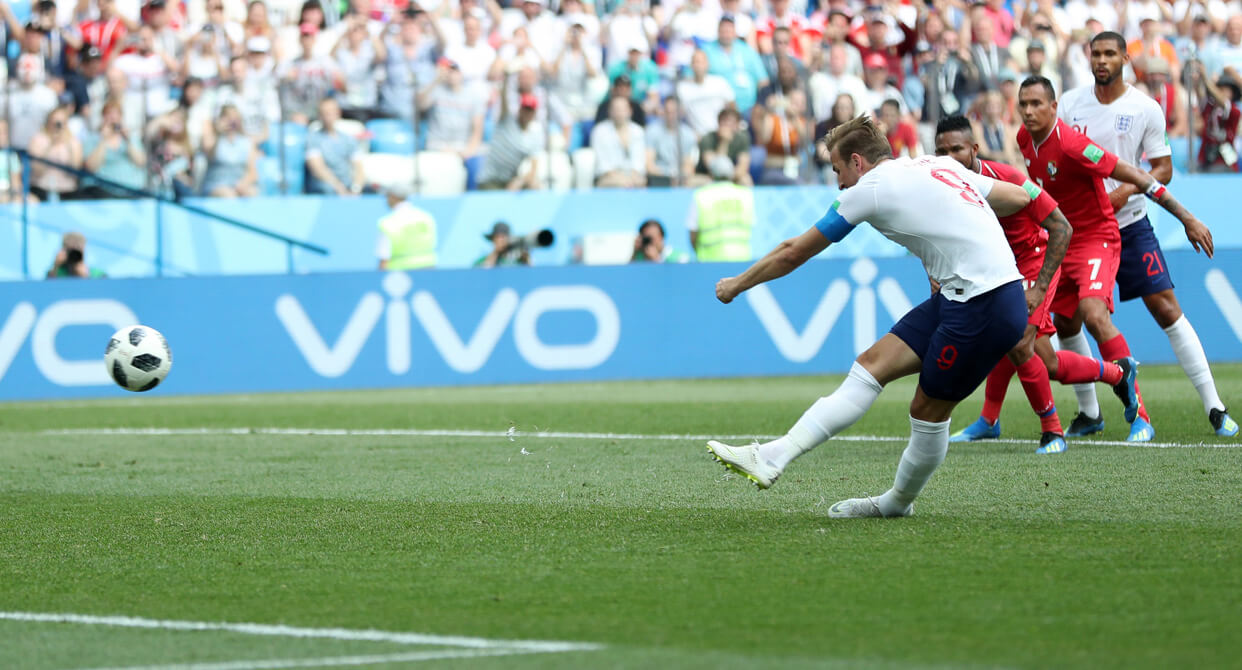 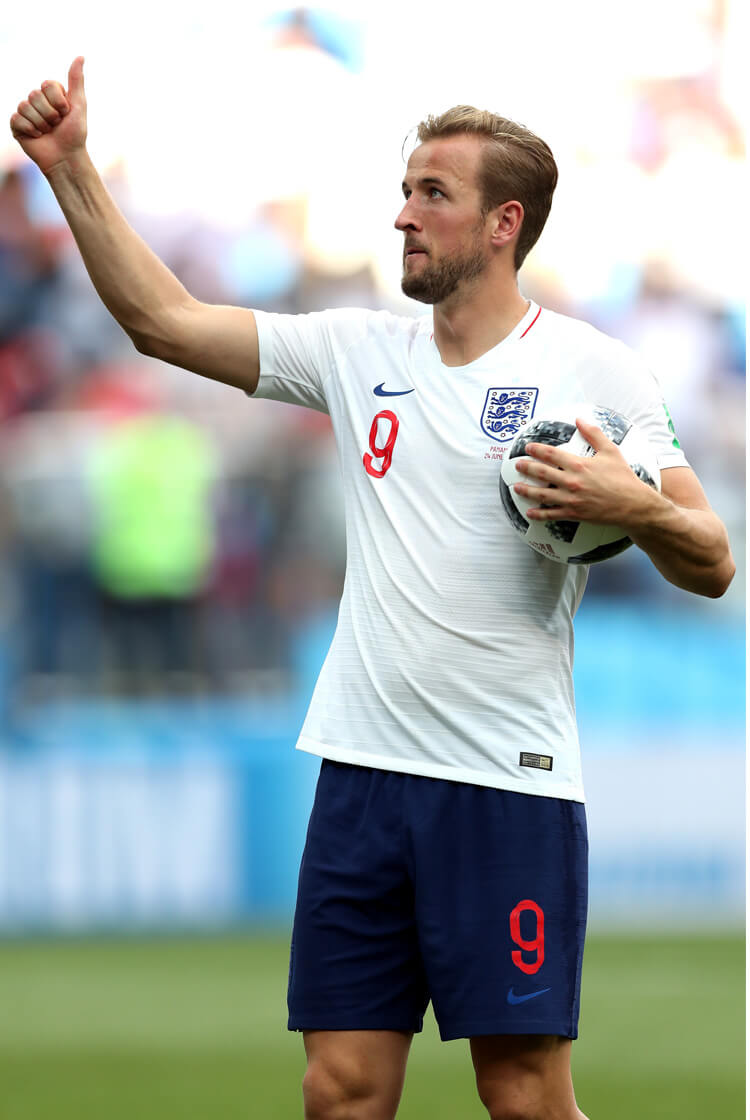 Premier League Watch
No prizes for guessing where our World Cup Diary from the weekend just gone starts. With England, of course, as an all Premier League XI destroyed lowly Panama, running riot in a sensational opening 45 minutes before eventually emerging 6-1 winners. Perfectly timed set-pieces, a wonderful solo strike from Jesse Lingard and a fortunate deflection off Harry Kane’s heel meant the Three Lions had scored four goals or more in a World Cup game for the first time since the 1966 final. Yes, that again.

Belgium’s Premier League contingent also cashed in with five goals of their own against Tunisia: Romelu Lukaku joined a select band of players to have scored two or more goals in consecutive World Cup matches, captain Eden Hazard got two of his own and Michy Batshuayi – still a Chelsea player – scored one when he might have had four.

Another 13 Premier League players featured across the four games in Groups F and H. West Ham forward Javier Hernandez became the first man ever to score 50 goals for Mexico in his side’s victory over South Korea, in which Tottenham attacker Son Heung-min grabbed a late consolation. Liverpool’s Sadio Mane opened the scoring, albeit fortunately, in Senegal’s 2-2 draw with Japan, while north London rivals Davinson Sanchez and David Ospina helped an impressive Colombia to a clean sheet in their 3-0 stroll past a desperately disappointing Poland. Southampton defender Jan Bednarek will not remember his first World Cup with any great fondness.

Premier League Potential
The returning James Rodriguez inevitably grabbed the headlines for Colombia, but Juan Quintero impressed greatly alongside him in an attacking midfield role. The 25-year-old (above) is currently on loan at River Plate from Porto – but should he become available sooner, he may be a perfect number 10 for many top sides.

Quintero’s agility and balance in possession is ideal for evading multiple defenders, and the disguise on his defence-splitting forward passes is wonderfully timed. He could be an ideal replacement or partner for Dele Alli at Tottenham Hotspur, who arguably lack strength in depth in the number 10 position.

That said, he could also be ideally suited to Arsenal. The mouthwatering final-third combinations between Quintero, Mesut Ozil, Pierre-Emerick Aubameyang and Alexandre Lacazette could help the Gunners force their way back into the top four under new manager Unai Emery.

Stats of the Weekend

Ozil omission
For the first time since his full international debut back in February 2009, Mesut Ozil was left out of the German starting XI in a major tournament against Sweden on Saturday. That broke a run of 26 consecutive tournament matches in which Ozil has started for Die Mannschaft.

Germany’s dramatic comeback began with Marco Reus tapping home early in the second half – their first goal of the tournament from shot number 34. Toni Kroos’ late free-kick completed their first overturning of a half-time deficit to win a World Cup match since 1974 – when Sweden were again the victims.

Lethargic Lewandowski
Poland became the first European team to exit Russia 2018, as they fell to a 3-0 defeat at the hands of Colombia. Despite storming through qualifying, the Poles lacked quality in both penalty areas in what was their first World Cup for 12 years.

Star man and captain Robert Lewandowski has looked a shadow of the ruthless goalscorer who has terrified defences across Germany and Europe in recent years. Lewandowski has gone from scoring 16 of Poland’s 28 qualifying goals to registering only three shots on target in two World Cup games. A recent change of formation from two strikers to one hasn’t helped, but Poland’s record scorer has lacked quality link-up play with supporting runners from midfield. In their match against Colombia, Lewandowski had a pass success rate of just 71 per cent – the second lowest figure of the 28 players who appeared across the 90 minutes. The centre forward also lost possession 11 times within the final third.

No substitute for experience
Panama’s late consolation goal against England may end up counting for little in the context of their future in the tournament, but it still meant a hell of a lot. At 37 years old, Felipe Baloy became the fourth oldest scorer in World Cup history when shooting brilliantly past Jordan Pickford. He ain’t no Roger Milla, who was 42 when netting against Russia in 1994, but it’s still a proper effort – and it was, of course, Panama’s first ever goal at the World Cup. They will be hoping to add to their total against Tunisia on Thursday.

Kroos control
Four-time Champions League winner Toni Kroos had a mixed evening in Germany’s dramatic Group G showdown against Sweden. Unlike in their opener against Mexico, Kroos had much more freedom in possession, as Sweden declined to use the man-marking strategy that had served the Mexicans so well.

Deployed in a double pivot, Kroos and Sebastian Rudy controlled the midfield, with Kroos’ pass accuracy hovering around an impressive 94 per cent. With Rudy capable of defensive covering, Kroos could move forward into more dangerous positions and link defence into attack. Rudy was forced off with a blood injury, however, and at first Kroos failed to display the same cohesion with Manchester City midfielder Ilkay Gundogan. In fact, the first attempted pass between the two wasn’t just incomplete; it also led to the goal that put Sweden in front.

Kroos gradually recovered his influence by dropping deeper while Gundogan moved forward in attack. But with Germany needing a result, and Sweden dropping deeper, the Real Madrid midfielder’s decision to move higher paid off. All three of his key passes on the night came in the final 20 minutes, as he created good chances for Marco Reus (above) and Mario Gomez. In the end, on a night when Kroos had more touches in a single World Cup game (144) than any German player since 1966, it was apt that his delicious free-kick earned his team a potentially crucial three points.

England’s set-piece strength
The eight goals England have scored across their first two World Cup games means they have easily surpassed the combined total (five) they managed at the past two tournaments. The high return has been in part down to their quality, creativity and variety at set-pieces, which have now accounted for six of those eight goals – not to mention both goals they have conceded. Jesse Lingard’s superb strike against Panama, and the accidental heel that earned Harry Kane his hat-trick against Panama, are the team’s only open-play goals to date.

Three of the aforementioned six goals have come from corners – not surprising when you consider that England have won the first header seven times from 10 deliveries. Harry Maguire and goalscorer John Stones have both won two apiece, the latter’s first against Panama coming on the back of some intelligent blocking by Ashley Young.

Captain Kane has been encouragingly emphatic from the penalty spot, but the best of the lot was undoubtedly England’s fourth against Panama (above). Kieran Trippier started proceedings with a short pass into Jordan Henderson. The Liverpool captain then clipped a ball over the Panama defensive line, with both Kane and Maguire ready to pounce at the far post. Kane reached the ball first, nodding it down into the path of Raheem Sterling – who couldn’t miss but somehow did – before Stones nodded in the rebound. A well-planned, well-executed routine that suggests England have more up their sleeve later in the tournament – if they need it.