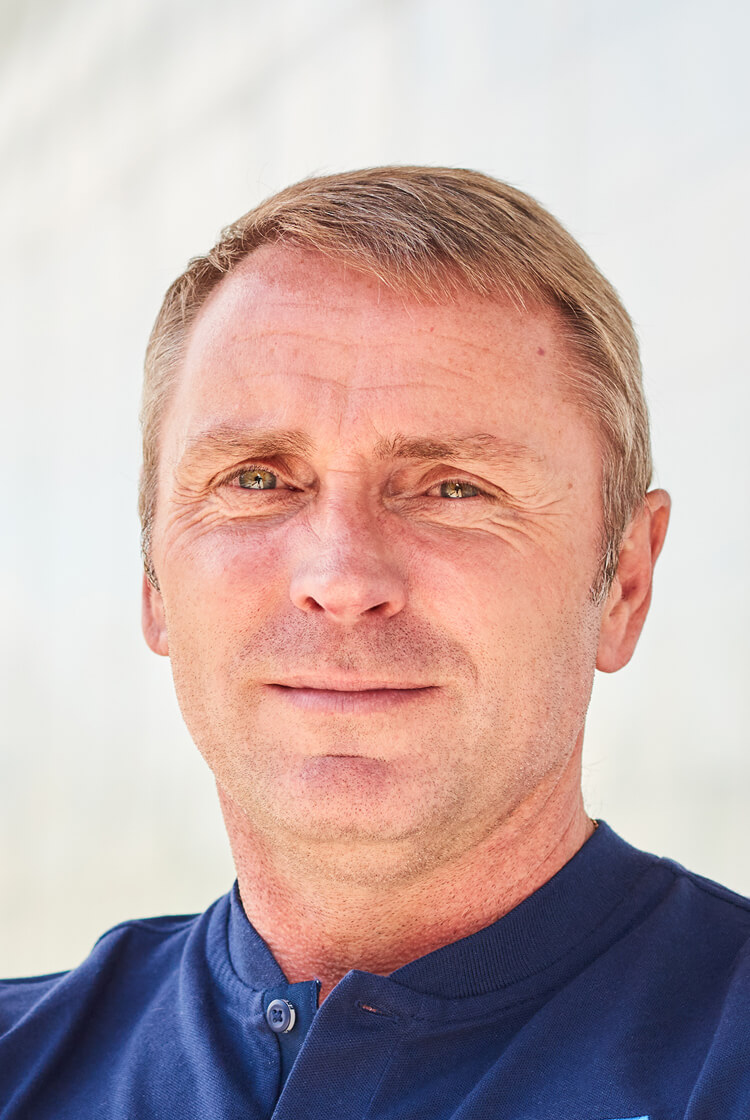 The day after I got the sack from Preston, my phone rang.

“Welcome to management. This is the first sacking you’ve had. It’s part and parcel of the game. Don’t get screwed up about it, just learn from it and move on.”

It was Jim Smith. I’d spoken to him years earlier about my idea of going into coaching and management, and he told me then: “If you go into management Simmo, there’s one thing you have to be able to deal with.”

“As long as you’re not afraid of the sack, you’ll be fine.”

I was a player at Derby County when Jim was the manager, and I learnt a lot from him. His way was to be really harsh and aggressive with players, particularly at half-time. But there was one game when it nearly backfired.

He was hammering one of our players about something. A really small thing. And this guy was having none of it.

He looked at Jim.

“Forget it, I won’t go out for the second half.”

Then he got in the bath.

Steve McClaren was assistant at the time. Together, we managed to persuade this lad to get his kit back on and out of the dressing room for the rest of the game.

I'll always remember that day. It was a lesson that you can’t treat everybody the same. You have to learn different ways to cajole and coax the best out of players. It’s easy to come in and be aggressive when you’ve lost a game, and emotions are running high. But you get to a point where players stop listening.

Management is a fantastic job, but it’s a really tough one as well. My first taste of it came at Rochdale, where I went from being a player to a player/manager after the chairman asked me to take over from John Hollins in 2002.

It was a really big challenge. I knew I’d struggle in terms of the organisation and budgeting side of things, but the club said they’d give me some help. As it turned out, they didn’t. I was thrown in at the deep end and left to sink or swim.

But we had a fantastic FA Cup run to the fifth round that year, which left the club with money in the bank. I don’t think they’d ever really had that before. And, going into the last game of the season, we knew that a win would leave us around 13th in the Third Division – which, for Rochdale, was okay.

Our final fixture was away at Macclesfield, where we were leading going into the last few minutes. But we conceded two late goals, and that left us in 19th spot.

It was then that I learned how fickle boards of directors can be. If we’d won that game, they told me, everything would have been fine. But we lost, which meant they had to ‘do something’.

That ‘something’ was to offer me a two-year contract, on one condition: they would choose my assistant manager.

"We’d lost 12 consecutive games, were 17 points adrift and everyone was predicting we’d break the record for earliest relegation"

It was my first real test as a manager. I could either bow down to the people who – without being disrespectful – had no idea about football. No idea what went on day to day on the training field. Or I could stand my ground and say: “No. I choose my staff.”

I decided on the latter and left the club. After that, I was 50-50 about going back into management. I couldn’t get my head around how the club could judge a whole season on the basis of five minutes.

For a few months I sat at home panicking about whether I was going to get back into the game. So when my hometown club Carlisle came calling, asking me to go there as a player, I was delighted.

I told them I just wanted to focus on playing, but it didn’t work out that way. Five games into the season, the manager Roddy Collins got the sack and the board asked me to take temporary charge. A few weeks later, they made it permanent.

We were really poor as a team. And with the club having just come out of administration, I couldn’t change the squad.

There was a point around December when we’d lost 12 consecutive games, were 17 points adrift at the bottom of League Two and everyone was predicting that we’d break the record for earliest relegation.

At that point, I remembered Jim’s lesson. After our 12th straight defeat away at Oxford on a Friday night, the players were really down. But I could see we weren’t far away, so I came in after the game and told them that. I was really positive.

The next weekend, we won our first game of the season and it put us on a run that was probably Championship form. I learnt that you have to be as positive as you can, without being flowery about it. If players need to be told some home truths, then do that. But you’ve got to give them a positive message to take away.

Don’t break them down when they’re already broken.

"These aren’t bad players; they’re just not good people for that changing room"

Three years later, I left Carlisle as champions of League Two to move into the Championship with Preston North End.

That was a different challenge altogether.

In League Two, the players are really hungry to play. They’re desperate to play. They need to play to give themselves a decent standard of living.

Now I found myself at a Championship club where some players - not all of them - had no desire to play football. Some were average players on ridiculous contracts who didn’t have the same hunger to play football.

By the time I left Carlisle, I knew I could set up a session on the pitch and not have to step in. The players would run it themselves. At Preston, it wasn’t like that. We had some players off the field who were a real negative influence. They weren’t good people to have around. But the club couldn’t see it.

These aren’t bad players; they’re just not good people for that changing room. At Preston, I knew that for me to have any chance of knitting together the team, they would have to go. Otherwise, you end up wasting energy on people who aren’t going to help you.

I’m not saying I made all the right decisions during my time at Preston. I didn’t handle the media very well, for a start. But I learnt a lot. Sadly, the biggest lesson was: don’t be honest. There were times with the media when I should have ducked out of interviews or refused to answer certain questions.

But I always try to be honest with people. It’s the way I am. And, when you’re a manager, that’s not always the best approach.

It was the Stockport County job that finally broke me. When I went there in 2010, the club had just come out of administration – but I was told they had a five-year plan and that, if we finished third from bottom that year, it would be a success.

I’m sure we can do that.

But when I went in, I realised the situation was nothing like I was told it would be. There was a period where I had two players playing for nothing because we had no money. One of those was my son. And the other was a goalkeeper who came in for nothing just to try and get a move while helping me out, too.

It was a really tough time. When I was let go six months later, I decided that was enough. The lies I’d been told and the way I’d been treated made me realise I wanted to go back to coaching.

In management, you get two options: you either wait until you get the sack, or you move on when you see the right opportunity.

I took both. It was time to step out of the firing line.