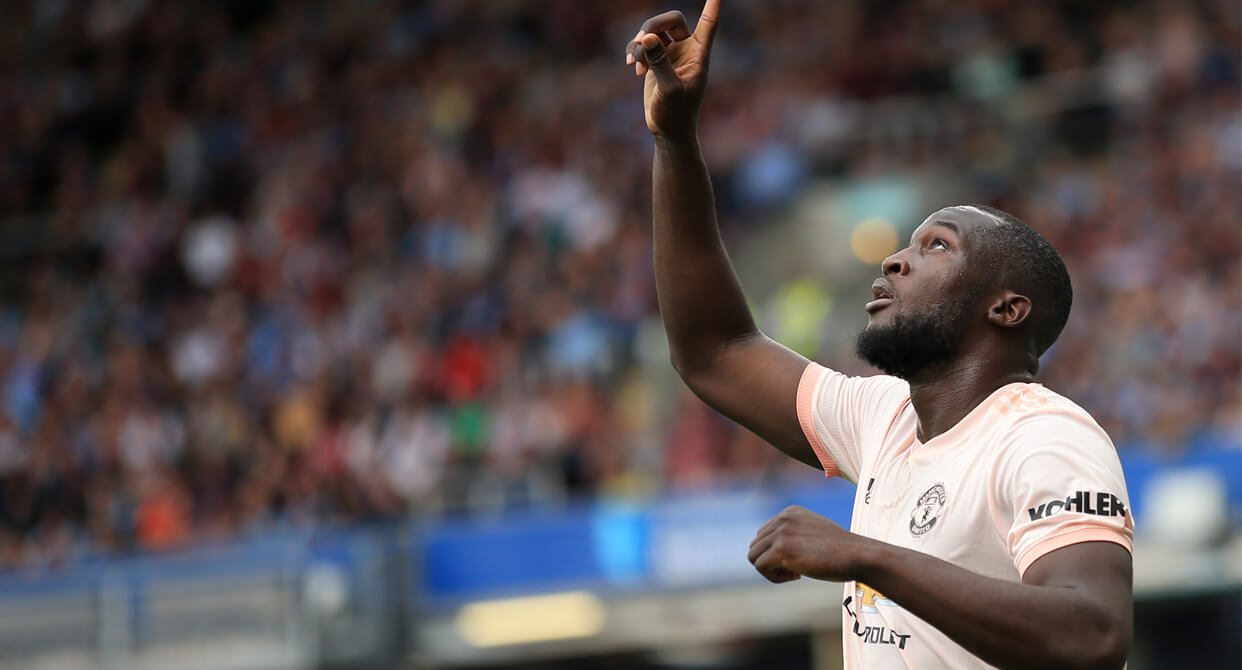 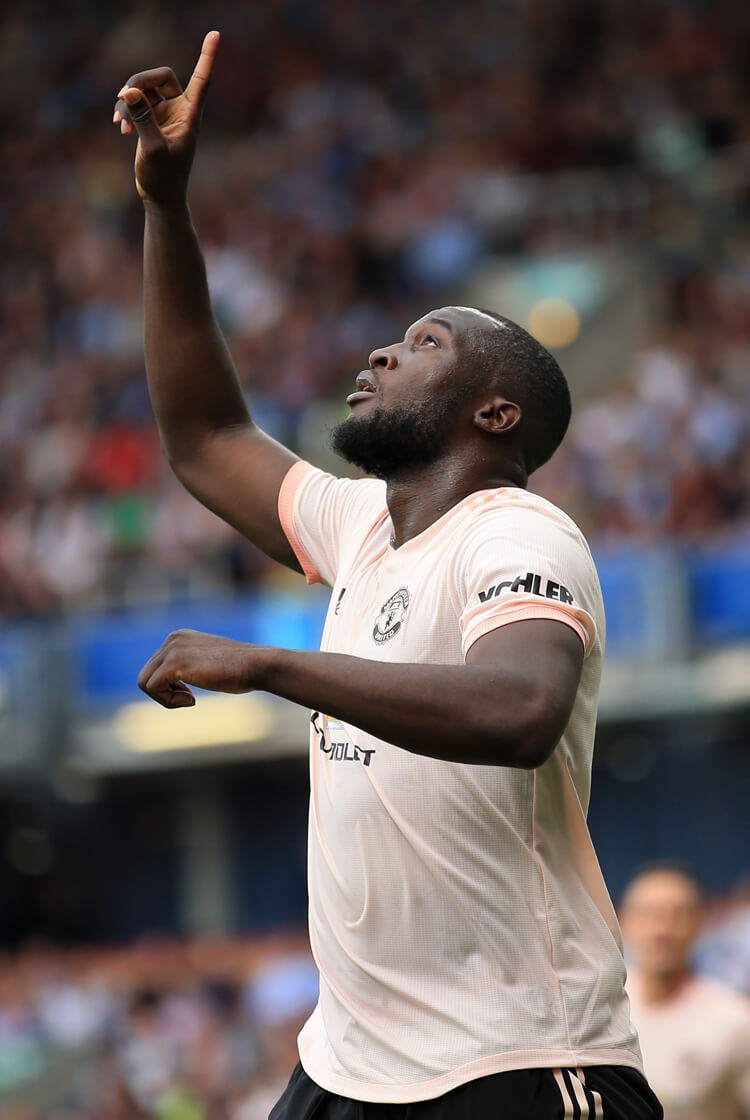 Manchester United travelled to Turf Moor on the back of two consecutive Premier League defeats, but they eased the pressure on manager Jose Mourinho by returning to winning ways. The Red Devils couldn’t afford another slip-up, having lost to Brighton and Tottenham, but goalkeeper David de Gea enjoyed a comfortable afternoon against Sean Dyche’s players. Romelu Lukaku scored twice in the opening period, heading home the first in the 27th minute before doubling his side’s lead with a strike on the stroke of half-time. Paul Pogba could have made it an even more convincing victory in the second half, but saw his penalty kick saved by Joe Hart. It wasn’t the perfect 90 minutes for United – substitute Marcus Rashford saw red for aiming a headbutt at full-back Phil Bardsley just 10 minutes after his introduction – but Mourinho’s focus will now be fixed on building winning momentum. 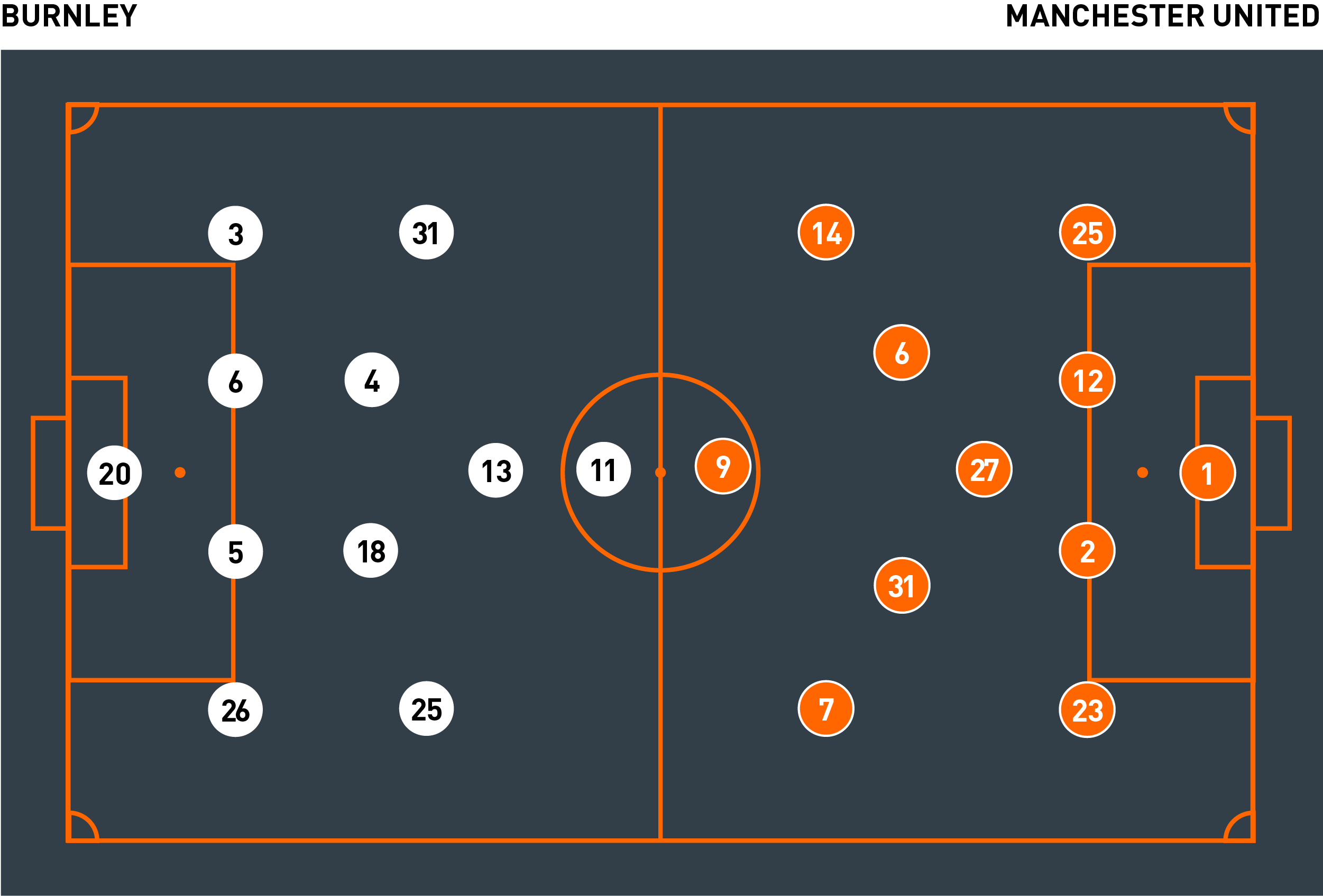 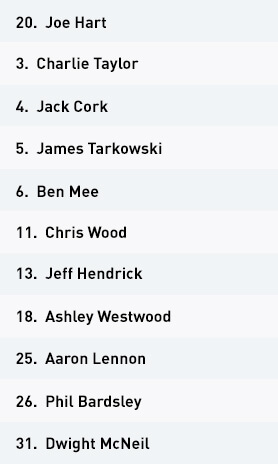 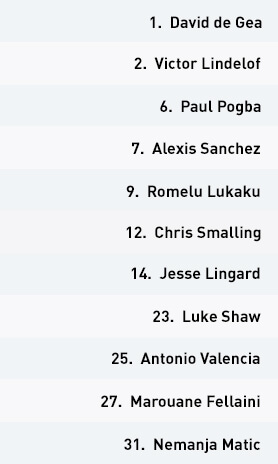 Burnley set up in a 4-4-2 formation, with Jeff Hendrick supporting Chris Wood in attack. They looked to the wide areas as the focal point of their in-possession strategy for the majority of the game.

The relationship between Aaron Lennon and Phil Bardsley on the right-hand side was particularly key, as the pair would regularly try to combine and create crossing opportunities. The hosts tended to position their wider midfielders, Lennon and Dwight McNeil, in the half-spaces – which in turn provided the opportunity for full-backs Bardsley and Charlie Taylor to move forward. They were also happy to play directly to Wood, but Hendrick’s freedom to roam left the striker isolated for much of the encounter. The latter didn’t really seem to fit into the system they were looking to play.

Central midfielders Ashley Westwood and Jack Cork had important roles to play, too. Cork was the more likely of the two to join and support attacking play in advanced areas, while Westwood was crucial in providing cover for the advancing full-backs and when the centre-backs stepped into midfield.

The introduction of centre forward Sam Vokes for Hendricks shortly before the hour mark provided an additional focal point for Burnley’s direct play and crosses from wide areas. His presence also offered Wood the support he had been missing, but they ultimately couldn’t breach a disciplined visiting defence.

Burnley operated in a 4-4-2 formation out of possession, and defended in a mid-block that took up positions of a low block as United progressed up the field. They were well organised in central areas, but there was space to be exploited on their right-hand side, which United increasingly targeted and from where both goals originated. Lennon and Bardsley struggled to deal with the relationship and interchanges between Luke Shaw and Alexis Sanchez on this flank.

Their objective out of possession was not to actively win the ball – Burnley were content to allow United to have the ball in front of them, and would only close the space to prevent forward play. They would increase the intensity of their press when the ball went into a United midfielder facing his own goal, but they didn’t adapt their defensive strategy particularly well once they went behind. As a result, they rarely looked like troubling a United team happy to run down the clock once Marcus Rashford was sent off with 20 minutes remaining.

Manchester United set up in a 4-3-3 formation, with Marouane Fellaini, Nemanja Matic and Paul Pogba operating as the midfield triangle in support of Alexis Sanchez, Romelu Lukaku and Jesse Lingard in attack.

United’s early strategy was to play direct, early passes in behind for the runs of the front three – mainly Lukaku. As Lukaku was now stretching the defence by threatening in behind, Sanchez and Lingard were able to drop in between the lines and receive the ball before looking to take out the second line of Burnley’s block and driving at their last line. They enjoyed occasional success from this strategy, but their opponents were fairly comfortable at keeping United out of these areas.

The relationship between Luke Shaw and Alexis Sanchez on the left-hand side was the most rewarding. Sanchez often dropped off the top line to help combine, with Shaw willing to overlap as well as drive inside – which caused problems for the flat lines of Burnley’s block. This block became deeper and deeper, and sometimes contained six players. Space then became increasingly available for crosses to be delivered into the box.

When a third man was added to the combinations, Burnley couldn’t avoid being pulled out of shape. This was evident in the build-up to the second goal, where Matic assisted Shaw and Sanchez in helping to create space for penetration. The ball eventually made its way to Lukaku’s feet, who doubled United’s lead.

United set up in a 4-3-3 out of possession, which converted to a 4-1-4-1 mid-block when they would encourage Burnley’s defenders to attempt to play forward. This strategy might have been the chief reason for Fellaini’s position in a deep midfield role, as the Belgium international was highly effective in dealing with any direct play from the home side. The front three of Sanchez, Lukaku and Lingard were also good at covering one another. While it was generally Sanchez and Lingard who would drop into the second line of the block, Lukaku could occasionally be found assisting his teammates.

Jose Mourinho’s players were comfortable in defending crosses and direct play, which was Burnley’s only real threat in attack. The hosts were limited to just three shots on target over the 90-minute period, which signifies an improved display from the United defence after two difficult matches.