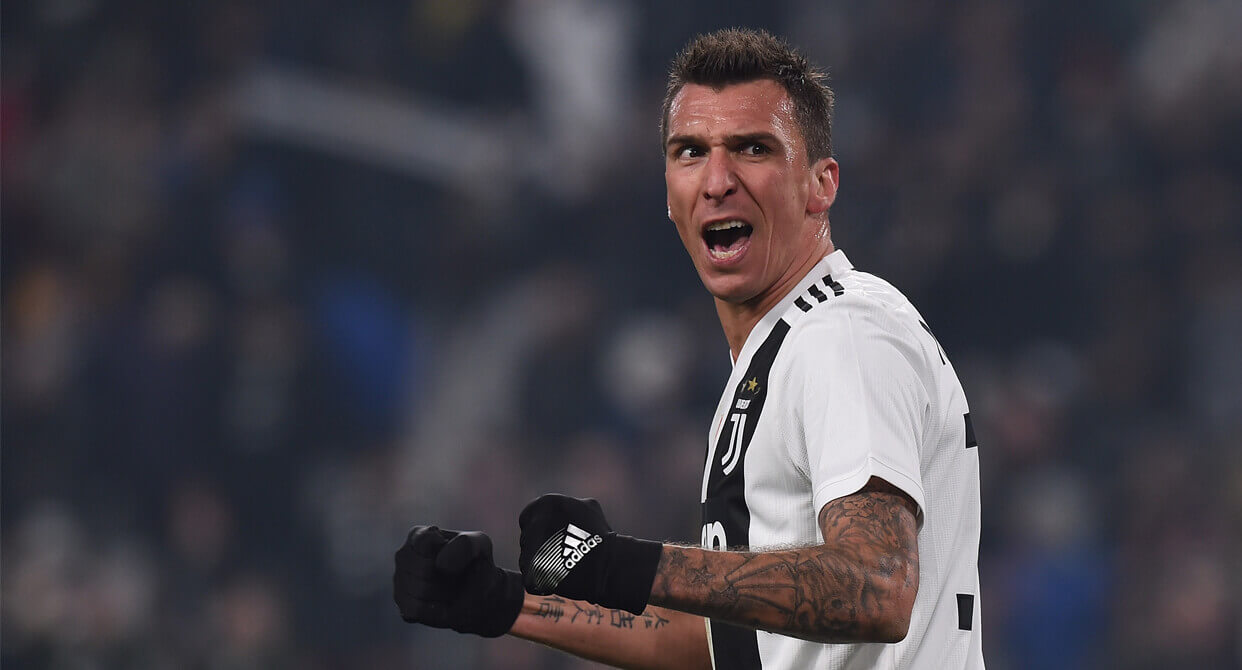 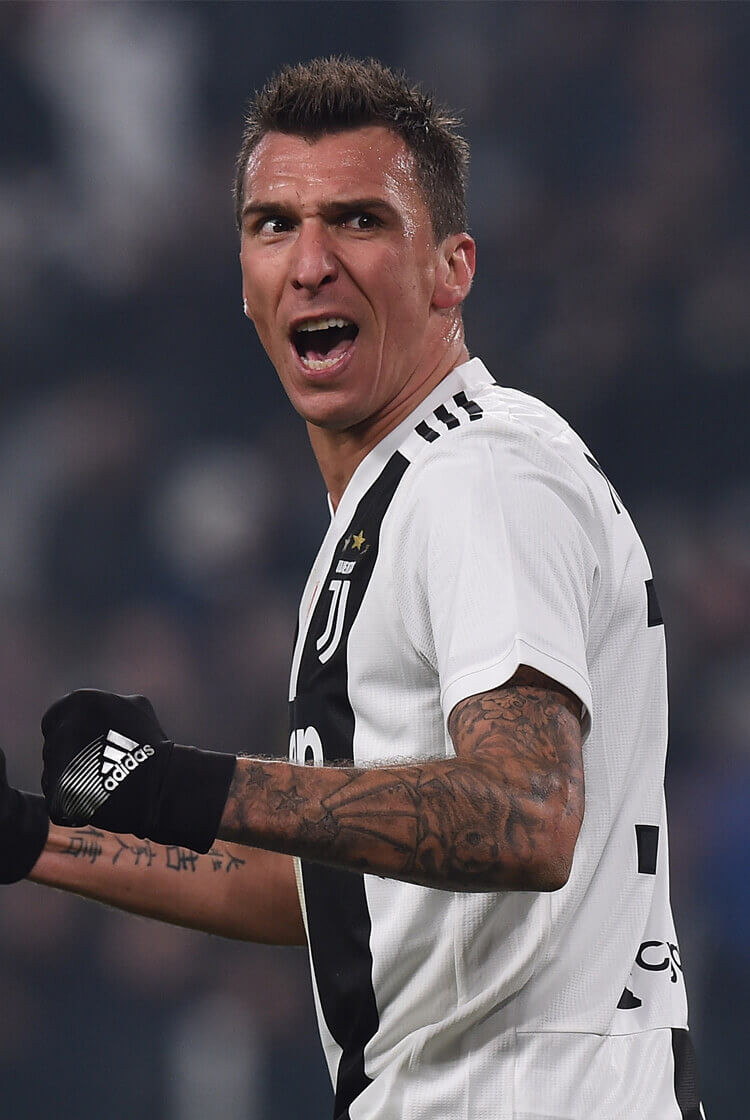 Mario Mandzukic earned Juventus a narrow victory over Serie A rivals Inter Milan to extend the Old Lady’s lead at the top of the table to eight points. It was by no means a straightforward three points for Juve, with Inter matching their opponents and wasting excellent opportunities to break the deadlock in both halves. Luciano Spalletti’s players failed to take their chances, though, and in the 66th minute Mandzukic headed home a Joao Cancelo cross at the far post to settle the contest. Juve remain unbeaten in Italy’s top flight, having won 14 and drawn only one of their opening 15 fixtures. Inter, meanwhile, remain third after the defeat, but now move their attention to qualifying for the knockout stages of the Champions League when they host PSV Eindhoven on Tuesday. 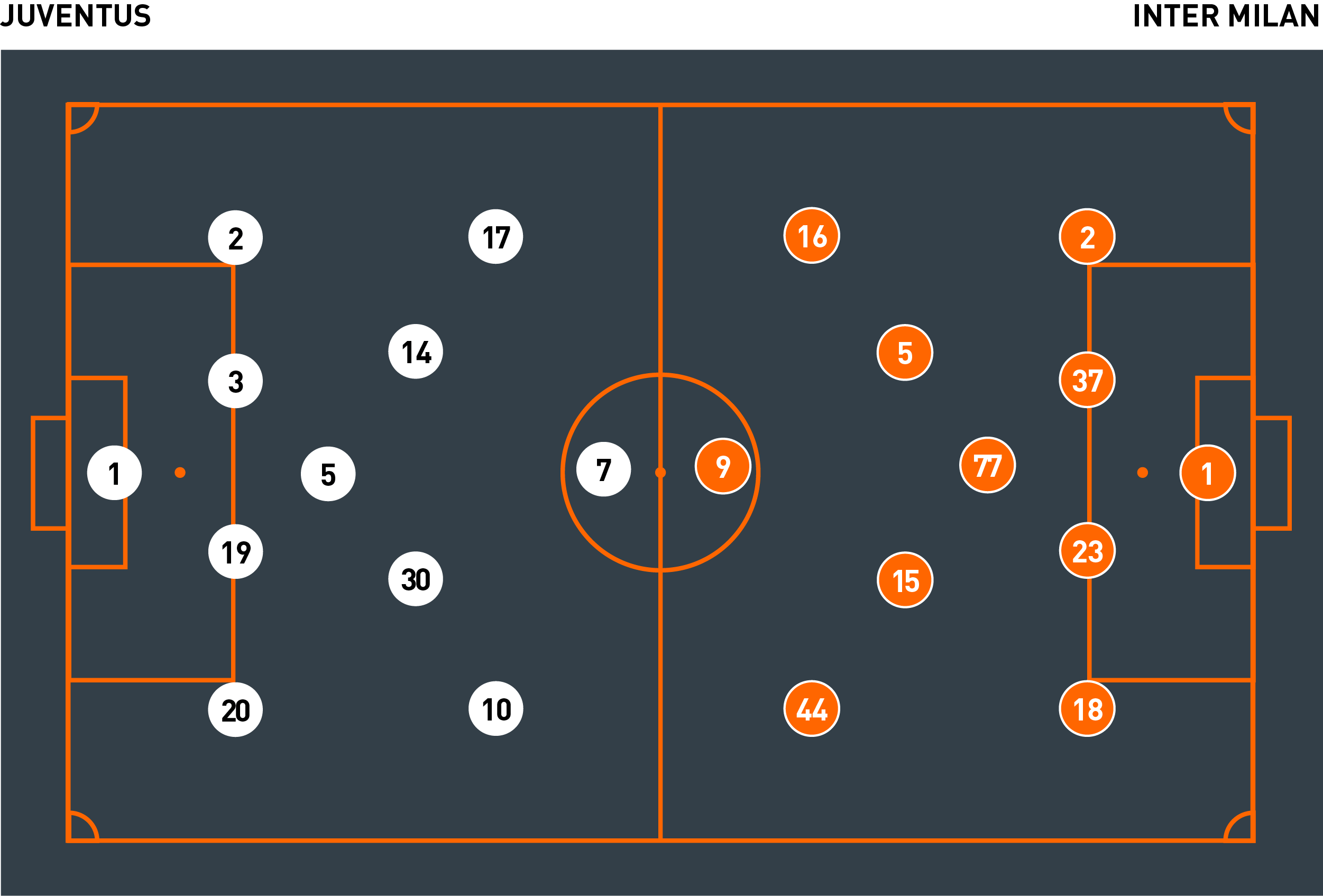 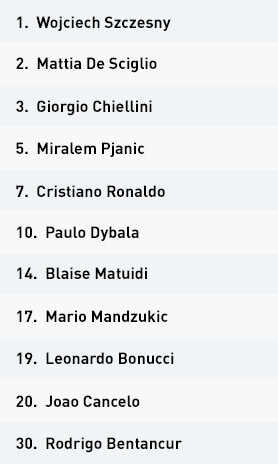 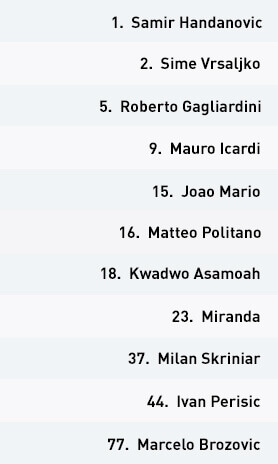 Juventus set up in a 4-3-3 attacking structure, with full-backs Mattia De Sciglio and Joao Cancelo stepping forward to provide the width. Miralem Pjanic would drop in between the centre-backs when the pair moved forward to form a back three.

The hosts’ front line had various attacking rotations, especially when Inter Milan dropped into a low block. Cristiano Ronaldo started as the central striker with Paulo Dybala moving inside from the right, aiming to pull one of the visitors’ central midfielders out of shape. Mario Mandzukic, attacking from the left, would then provide an aerial presence.

Juve progressed well down their right side, as Dybala’s inside runs created space for Cancelo to step forward from full-back. Switches of play towards Mandzukic helped avoid Inter’s compactness around the ball, as the hosts remained patient in attack and prioritised combinations in the wide areas.

With Inter looking dangerous during moments of transition, Juve adapted their attack. Ronaldo increasingly performed diagonal runs out towards the left, with Dybala now a more fixed central option. In roaming the left inside channel, Ronaldo had the option of using the overlap of De Sciglio to cross in for Mandzukic, who was now attacking from the right. Should Inter block the first cross, the hosts looked for cut-backs, with Ronaldo available and Dybala a deeper option in the central lane.

Juve added more direct passes to their attack in the second half, but their rotations within the front line, while unpredictable, were largely ineffective. Long balls forward from Leonardo Bonucci proved useful for Ronaldo and Mandzukic, who frequently won the first contact before linking with their attacking teammates. With Pjanic more aggressively marked in the second period, Bonucci continued these longer passes forward.

In the end, Juve’s Serie A stroll continued, as Mandzukic headed home from close range after beating Kwadwo Asamoah to a back-post cross from Cancelo – who had by now switched sides with De Sciglio.

With Inter pushing both full-backs forward throughout the first half, spaces in the wide areas were naturally targeted. As Mauro Icardi regularly dropped from a high starting position, Inter always had a link for their first pass forward – and Juve struggled to contain this progress out of midfield. With one of Giorgio Chiellini or Bonucci moving on to Icardi to stop the striker from turning, the hosts initially had less cover to block the next pass forward – usually a through ball in behind for the wingers to run on to.

As the first half progressed, Juve ensured one of Blaise Matuidi or Rodrigo Bentancur remained slightly deeper during their build through midfield. This helped their structure during defensive transitions, as they could now screen and block passes into Icardi. However, this did reduce the supporting numbers forward.

They eventually changed to press high in a 4-4-2 structure, which coincided with their use of longer passes when in possession. By targeting the full-backs, Mandzukic remained fixed to the left side, helping to form a midfield block of four. Dybala then joined Ronaldo on the top line, and pressing Inter’s full-backs became much easier.

First-time passes around the corner from Inter’s full-backs soon ceased, as Juve applied quicker pressure, reducing their opponents’ second-half build-up. Even when the ball was worked into their half, a lack of supporting Inter players allowed the hosts to comfortably deal with what was thrown at them.

After scoring, an understandably deep and compact defensive block ensured the champions held out for another valuable home victory against one of their very few realistic title rivals.

Inter Milan’s early attacks came during moments of transition, as Juventus dominated possession. With Juve pushing both full-backs very high, wide spaces naturally became available for the visitors to target on the break.

Despite the hosts’ initial dominance with the ball, they were uncharacteristically sloppy in possession. Frequent inaccurate passes made it easier for Inter to find the dropping Mauro Icardi, who acted as a great link in attacking quickly and directly.

Positive runs in behind from wide attackers Ivan Perisic and Matteo Politano also created options on both sides for Icardi to penetrate a high back line with repeated success. However, given how deep their mid-block sat to combat the early pressure, they lacked extra supporting runners – it was this that forced Icardi to drop so deep.

As they settled with more possession and built with short passes from the back line, Inter succeeded in drawing Juve forward. Often using goalkeeper Samir Handanovic, the centre-backs would split the width of the penalty area as Marcelo Brozovic dropped into the back line. In order to draw more opposition players forward, central midfielders Joao Mario and Roberto Gagliardini would leave the central lane and move very wide to present a passing option to the full-backs. Inter confidently turned the ball around their markers and into their front line, who had more space to attack with the hosts now committing extra bodies forward.

The visitors did eventually create the best chance of the first half, as Joao Mario moved from central midfield and out to the left side, pushing Perisic further inside to support Icardi in the central lane. Juve’s back line was then horizontally stretched, providing Politano with the space to attack his man one on one – it was from his ball in that Icardi played in Gagliardini, whose shot cannoned back off the inside of the post.

Inter created the best chance of the second half, too. The ball was regained inside the penalty area after a mistake by Blaise Matuidi, but Leonardo Bonucci was on hand to block Politano’s subsequent effort. Despite continuing to build short, a change in pressing structure from the hosts afforded their influential full-backs less time on the ball. Inter thus struggled to recreate their first-time passes into midfield and were unable to find an equaliser.


The visitors formed a 4-5-1 mid-block during the first half, and this moved progressively deeper as their opponents began with much more possession. Both wide attackers, Ivan Perisic and Matteo Politano, would drop back into the midfield unit of five but stay slightly higher than the central midfield trio, ready to break away and exploit the gaps in behind Juve’s full-backs if the chance arose.

With Inter congesting the central lane, Juve looked to the wide areas for attacking combinations. Despite the hosts’ rotations and intelligent use of positional changes within the front line, Inter dealt with attacking crosses from the hosts comfortably – even up against the aerial power of Cristiano Ronaldo and Mario Mandzukic.

When Inter sustained more possession, and as the first half drew to a close, Brozovic and Gagliardini formed a double pivot. Staying much deeper and behind the ball allowed Inter to block off central access into Ronaldo or Paulo Dybala, should possession be lost in their opponents’ half.

Inter then changed their defensive structure to form a 4-4-1-1 block, with Joao Mario supporting Icardi to subsequently block off Miralem Pjanic during Juve’s build. The hosts now looked to use more direct passes forward, targeting the spaces around Inter’s full-backs – this resulted in more sustained pressure against Inter’s back line, with Sime Vrsaljko and Kwadwo Asamoah struggling to compete with Ronaldo and Mandzukic.

In the end, a lack of attacking support combined with not taking their chances led to Inter’s demise, with Mandzukic grabbing a second-half winner for Juve and extending the gap between the two teams to 14 points.