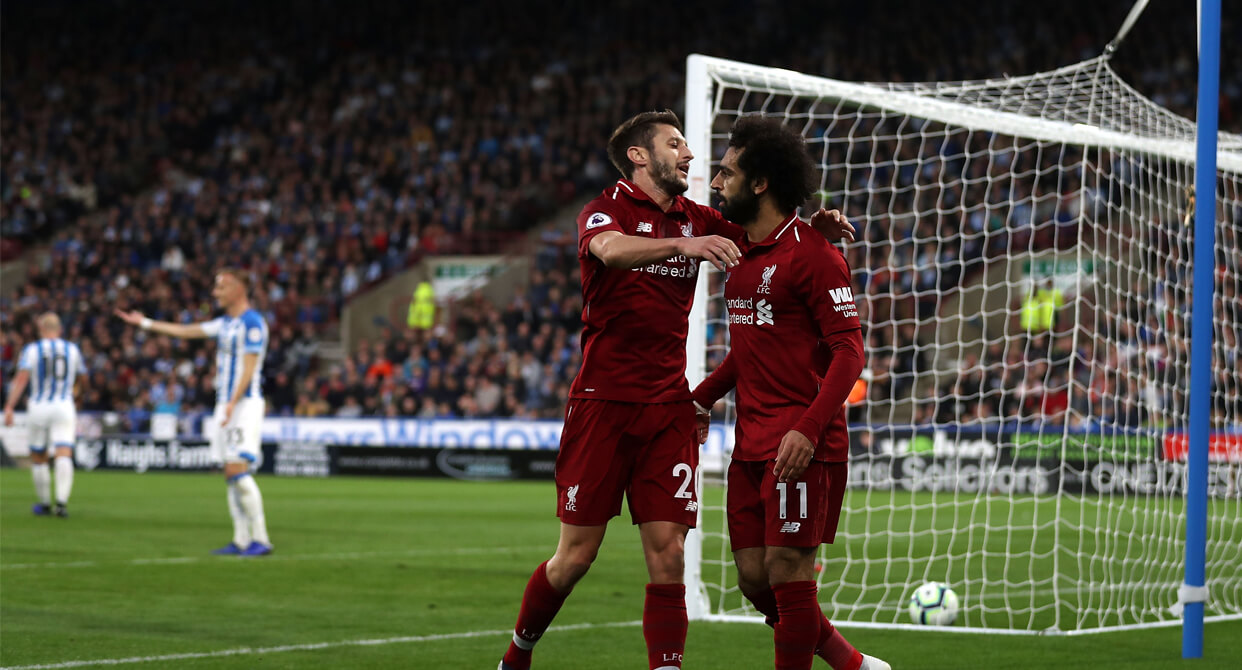 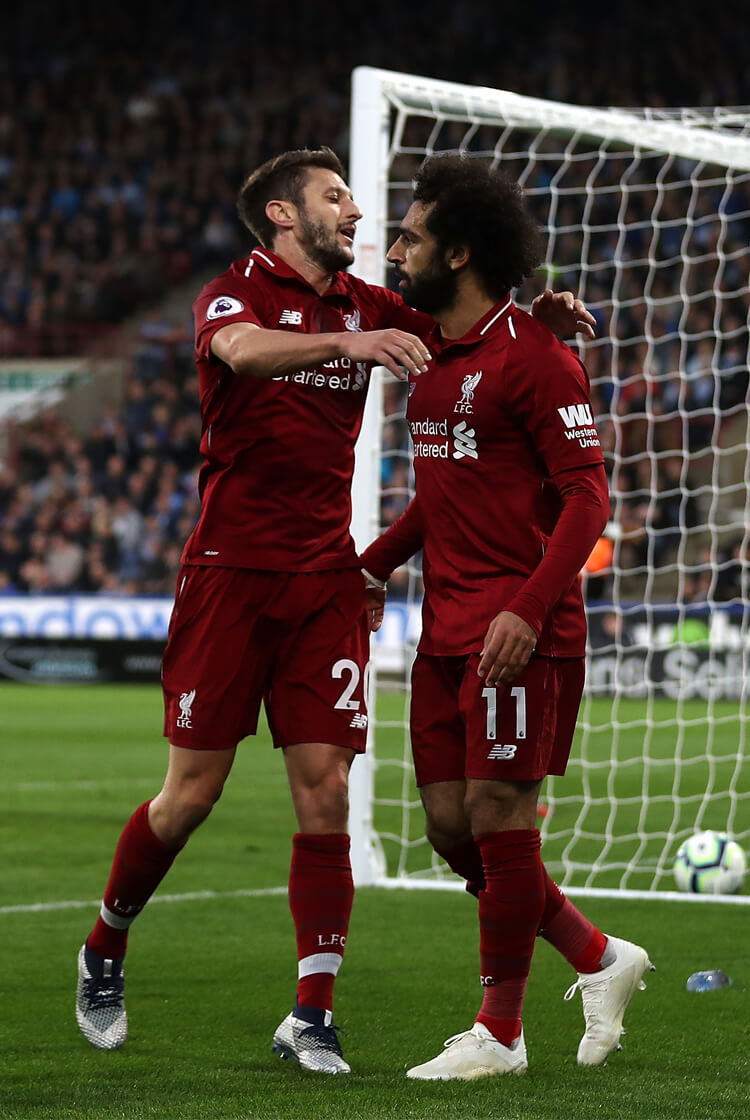 Mo Salah’s first-half strike, his fourth league goal of the season, sealed a narrow away victory for Liverpool over Huddersfield in the Premier League. Salah has looked short of confidence following a blistering debut campaign for the Reds, but he finished smartly with his right foot in the 24th minute after latching on to a through ball from summer recruit Xherdan Shaqiri. Despite reacting well to conceding, Huddersfield recorded only one shot on target over the 90 minutes and will be disappointed not to have tested goalkeeper Alisson more with Jurgen Klopp’s team short of their scintillating best. 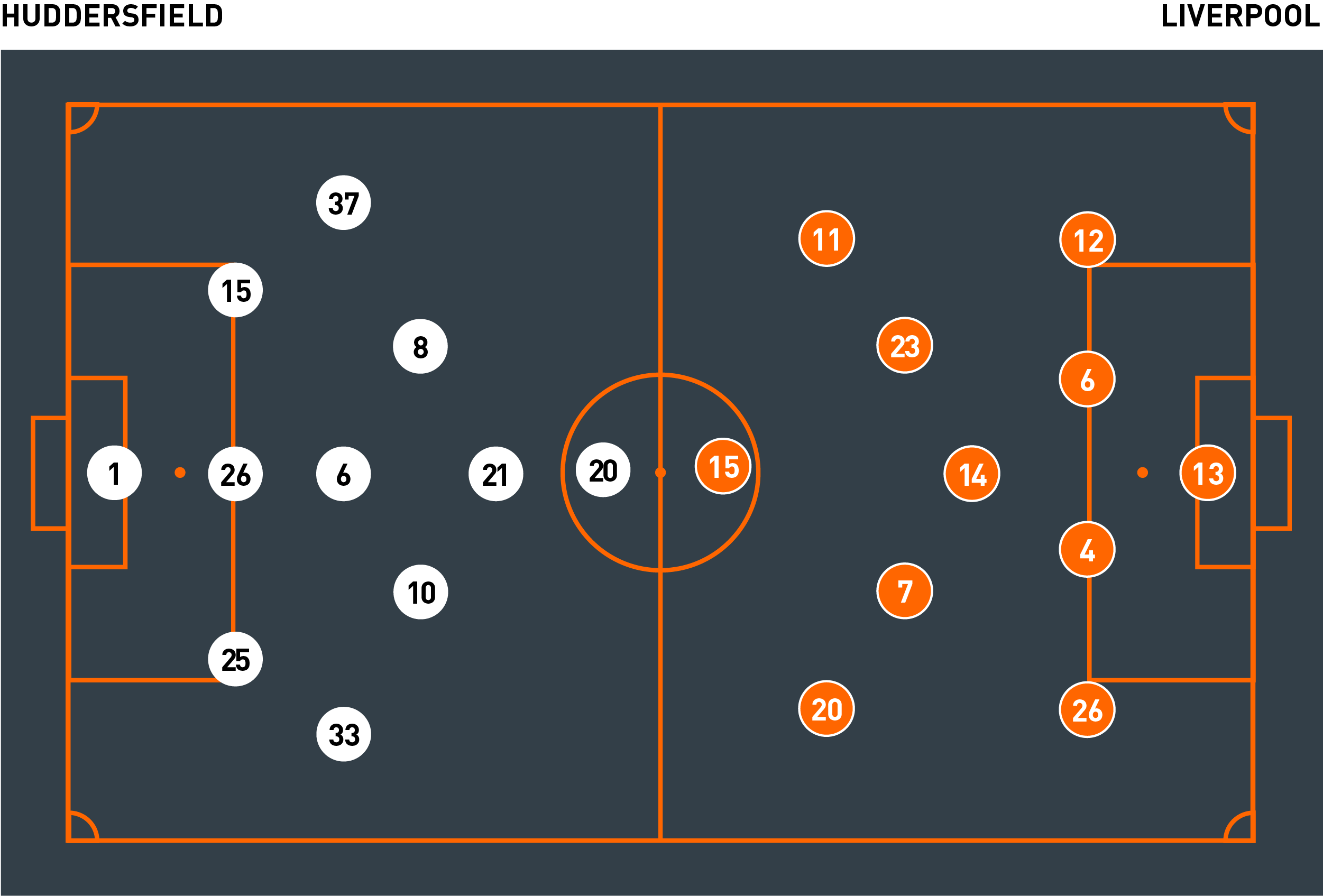 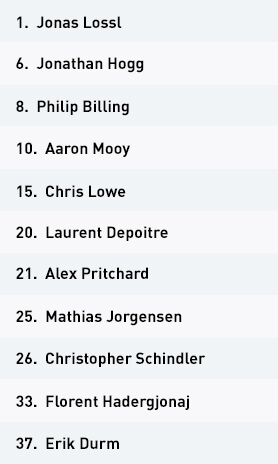 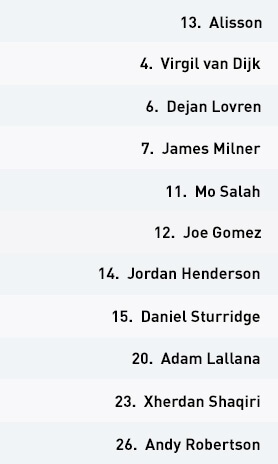 Huddersfield set up in a 3-5-2 formation, with Florent Hadergjonaj, Aaron Mooy, Philip Billing, Jonathan Hogg and Erik Durm across the midfield. Alex Pritchard and Laurent Depoitre started in attack.

In possession, the hosts’ formation frequently took on the form of a 3-2-3-2, with Billing and Hogg regularly dropping deeper to assist the back three with progressing beyond Liverpool’s first line. Hadergjonaj and Durm would then provide the width, while Mooy operated in central areas but with more of a bias to the half-space on the right. This allowed Pritchard to drop off the top line, create an extra man in midfield and help with the next phase of the attack.

Despite these variations, Huddersfield were inefficient in possession and managed only one shot on target throughout the game. They regularly circulated the ball between the back three, as well as Billing and Hogg in midfield, but struggled with the next pass beyond Liverpool’s midfield. When Mooy dropped in, he would always attract Shaqiri or Milner and consequently only played backwards – this would have been fine if the next pass went beyond him and into the space now vacated by Shaqiri or Milner, but this never happened.

The introduction of Steve Mounie midway through the second half offered more of an aerial threat alongside Depoitre in attack, and Huddersfield found themselves playing more direct as a result. With Liverpool perhaps wary of this threat, they displayed more urgency in closing the hosts down – on occasions, a rushed and inaccurate press from the visitors created gaps for Huddersfield, allowing for the direct ball into Mounie or Depoitre’s feet.

Huddersfield split between two formations out of possession, depending on whether they were pressing high or operating in a mid-block. When pressing high, which they did when Liverpool played out from the back, it was man-oriented. Pritchard and Depoitre would pick up centre-backs Virgil van Dijk and Dejan Lovren; Mooy would mark Jordan Henderson; Hogg and Billing would pick up Shaqiri and Milner; while Hadergjonaj and Durm would track the full-backs. If goalkeeper Alisson played into any of his deep players, the press would begin. If the ball was returned to Alisson, the man who had just been pressing would jump-press to the goalkeeper but make sure he was still screening the return pass to his original man.

This structure left a potentially dangerous three-on-three at the back, with Chris Lowe, Christopher Schindler and Mathias Jorgensen marking Daniel Sturridge, Adam Lallana and Mo Salah. The aggressive man-oriented nature of the press was successful, though, in forcing Alisson into several long balls that Huddersfield were happy to defend against a Liverpool front three posing little aerial threat.

The issue with this structure was when players were not in their correct positions, or if fluidity of movement forced them into unfamiliar positions or to pass opponents on. It was in these instances that Liverpool tried to exploit Huddersfield, and they were successful in doing so in the build-up to the winning goal. Billing went to press Durm’s man, which allowed Shaqiri (Billing’s man) to drift between the lines and receive before feeding goalscorer Salah.

In other phases of the game, the hosts would fall into a 5-3-2 mid-block, in which Hadergjonaj and Durm would drop in with the back three to create five at the back.

Liverpool set up in a 4-3-3, with Jordan Henderson, Xherdan Shaqiri and James Milner in midfield, behind a front three of Mo Salah, Adam Lallana and Daniel Sturridge.

Jurgen Klopp’s players initially struggled in possession against Huddersfield’s man-oriented press. Goalkeeper Alisson was forced to play directly into the front three in the air for large parts of the first half; as they posed little threat against more physical opponents, the Reds’ forwards thus had to look to pick up second balls.

In overcoming their opponents’ defensive structure, Liverpool displayed two strategies. The first was to operate fluidly, with several positional rotations designed to cause confusion in the Huddersfield block. When they saw an opportunity to exploit these situations, they tried to play directly through and keep the attack moving forward as quickly as possible. The other strategy was to accept the man-marking and play the ball into a teammate’s feet, who would have to receive with an opponent behind him and with his back to goal.

Klopp’s team remained in their 4-3-3 shape out of possession for the most part, and looked to press the Huddersfield centre-backs during the build-up. Lallana and Salah were usually the outside forwards and would press the outside shoulder of the wide centre-backs while at the same time cutting off the pass into the wide midfielders, which encouraged the centre-backs to play inside. They would also be supported by the nearest central midfielder, who would position himself inside the wide attacker and a little deeper, discouraging the pass on the floor into the striker’s feet. Sturridge would usher the centre-back to one side and then position himself to try to keep the play on that side.

It made sense for the Reds to operate in this fashion, as the 3-5-2 structure of their opponents meant there would be an advantage for Huddersfield in the wide areas. Liverpool simply tried to nullify that advantage. In the second half, as the visitors looked to protect their lead, their structure took on more of a 4-5-1 – but the principle of trying to cut off the passes down the line remained the same.