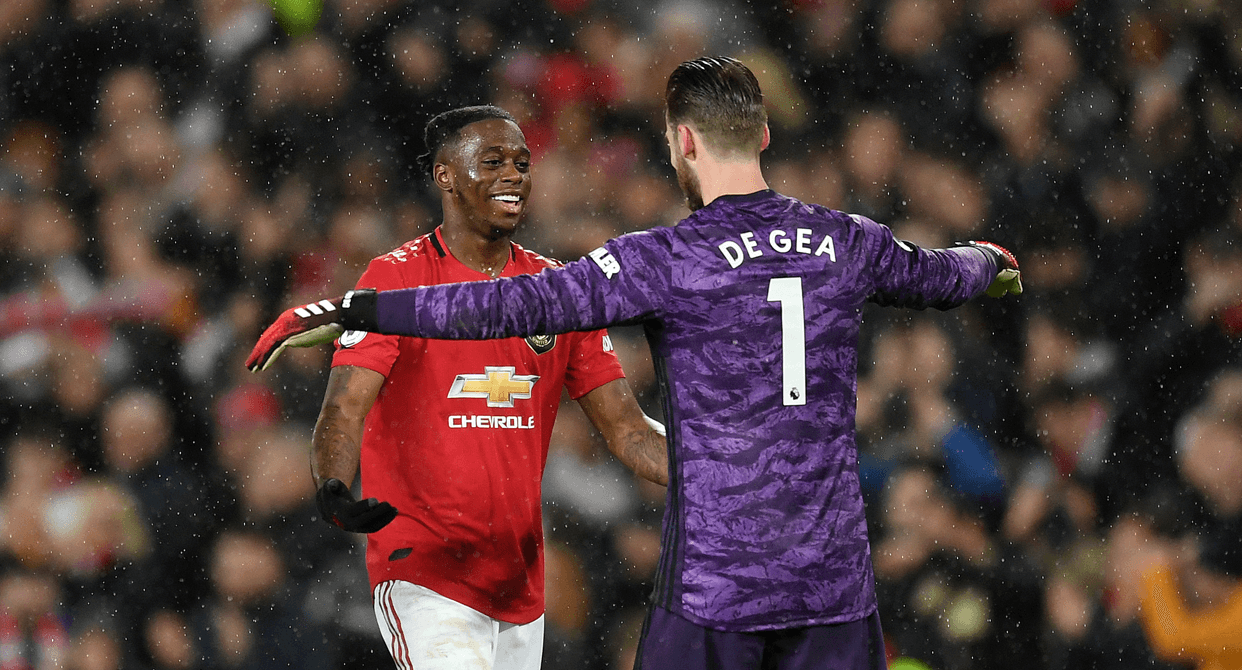 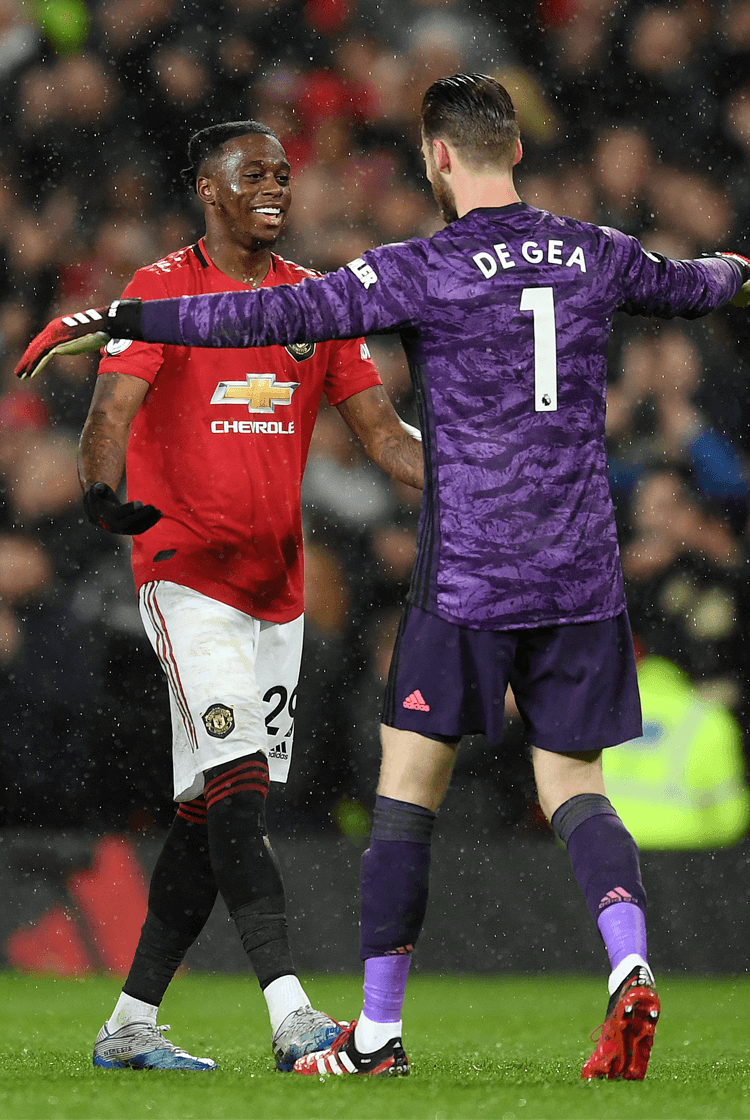 Profile
A 2-0 home defeat by Burnley midway through January left Manchester United with a record of 31 goals conceded in 36 matches this season. Theirs wasn’t a particularly poor record, but there had been some awful performances and results scattered throughout an inconsistent campaign, including defeats at Watford, West Ham and Bournemouth, and a draw at Old Trafford with Aston Villa, as well as the aforementioned loss to Sean Dyche’s side.

Yet there has since been a remarkable improvement. Ole Gunnar Solskjaer has overseen eight victories, nine clean sheets and the concession of only two goals in United’s past 11 games. One of those came from a freak mistake by David de Gea at Everton and the other, at Club Brugge, might even have been disallowed. A team that had been fragile in defence under an often-criticised manager has since developed the most in-form defence in the Premier League. Combined with Bruno Fernandes’ influence in the final third since his arrival in January, United enter the final months of 2019/20 confident that they can sneak into the top four and also compete for trophies.

Formation changes
Solskjaer has consistently retained faith in Aaron Wan-Bissaka at right-back, and Harry Maguire and Victor Lindelöf in central defence. The sale of Ashley Young to Inter Milan left Luke Shaw and the promising Brandon Williams (both below) to compete for the remaining spot in their back four, at left-back.

Each of United’s most impressive results in their recent run of form, however – the two wins over rivals Manchester City and a 2-0 victory at Chelsea – have come with both Shaw and Williams in his team. Solskjaer has shown a willingness to adapt according to the challenge ahead on a week-to-week basis, and has set his side up in a 5-2-3 formation when out of possession against tougher opponents, when United may expect lengthy periods without the ball.

Teenager Williams’ talent is unquestionable, but he can be rash in his decision-making and occasionally gets caught out of position: all but one of his seven bookings this season have come when he has played in a back four, rather than a back five. He has unsurprisingly looked far more secure on the left of a back five, with an additional central defender behind him. In their new set-up, he is encouraged to advance and join attacks, with a match-sharp Shaw at left centre-back. covering the spaces that he vacates in the channels.

With Williams and Wan-Bissaka as their wing-backs, United have two athletic players who can make quick recovery runs at the point of a defensive transition to quickly get back into shape, and therefore reducing the chances for opponents to launch attacks. The wider central defenders, Lindelöf and Shaw, read play well and move across quickly to sweep up direct balls into those spaces. When they recover their positions United adopt a mid-block and invite their opponents to advance in the hope that they leave spaces at the other end to attack. Further forwards Daniel James and Anthony Martial pose a real threat on the break.

The midfield two
The priority of central midfielders Fred and Nemanja Matic is to sit in front of United's defence, keeping spaces between the lines to a minimum and forcing attacks out wide. They remain close to their central defenders, making it particularly difficult for attacks to penetrate the middle of the pitch (below). Solskjaer trusts Wan-Bissaka and Williams in one-on-one situations – particularly Wan-Bissaka, who has made the second-most tackles in the Premier League this season – and the right and left-sided central defenders are instructed to provide support by getting close to the wing-backs if they are beaten.

Matic and Fred remain side-by-side in midfield, and though the Brazilian is afforded a little freedom and sometimes supports attacks he rarely advances ahead of play. In their combined 37 Premier League appearances this season, Matic and Fred have had just 10 shots on target, and haven’t scored a single goal. As is the case with his wing-backs, Solskjaer asks his central midfielders to make quick recovery runs to get back into shape at the moment of a loss of possession.

Crowding central areas has worked. In the recent Manchester derby, United kept City to their lowest "expected goal" total in a league game this season at 0.59, according to Understat. That was the first time that City had managed less than one expected goal in a game all season.

Solskjaer has settled on this central midfield after attempting several different combinations over the course of the season, and the £89m Paul Pogba’s absence has not particularly hurt United. For all of his ability, Pogba too often gets caught the wrong side of the ball to play in a hard-working midfield two like United's, and it is difficult to see quite where he can fit in to this team.

Their set-up appears defensive-minded in so far as there are five defenders, but United have three attacking players in James, Martial and Bruno Fernandes who provide a direct, penetrative threat on the break, and they are joined in attack by at least one wing-back, wherever possible. When possession is conceded in advanced territory, United’s attackers engage in a press – going man-for-man with their opponents – in an attempt to force them to play long, but if they manage to play through United's press, those players withdraw into their 5-2-3 as quickly as possible.

Four at the back
In matches where United might expect more of the ball, Solskjaer has reverted to a back four, adding another attacker – usually Mason Greenwood – in the place of Williams. Shaw therefore reverts to playing at left-back.

United use this system with a higher line, but the roles of their back four and their two central midfielders in front of them largely remains the same (above). Those four central players attempt to stay close to one another, to block off central areas, and the full-backs remain compact while out of possession.

On occasions in this formation, however, Matic and Fred are both tempted forwards as the opponent soaks up pressure. In doing so, with Shaw and Wan-Bissaka attacking, they can concede counter-attacking opportunities (below).

In last month's 3-0 win over Watford, United conceded chances on the break during the first half but resisted, and secured another clean sheet. Not for the first time in this recent run, De Gea played a key role.

The percentage of shots on target that he has saved in Premier League games has skyrocketed from 67.8 per cent before this recent unbeaten streak to a hugely impressive 93.8 per cent. The spaces United have left on the break haven't counted against them, but they can't continue to rely so heavily on their goalkeeper.

Results and performances demonstrate a team full of confidence. Their players believe in their manager’s tactics, and so resilient a defence is providing the foundations for a good run to end their season. Solskjaer will be confident that he can continue to prove his remaining doubters wrong.