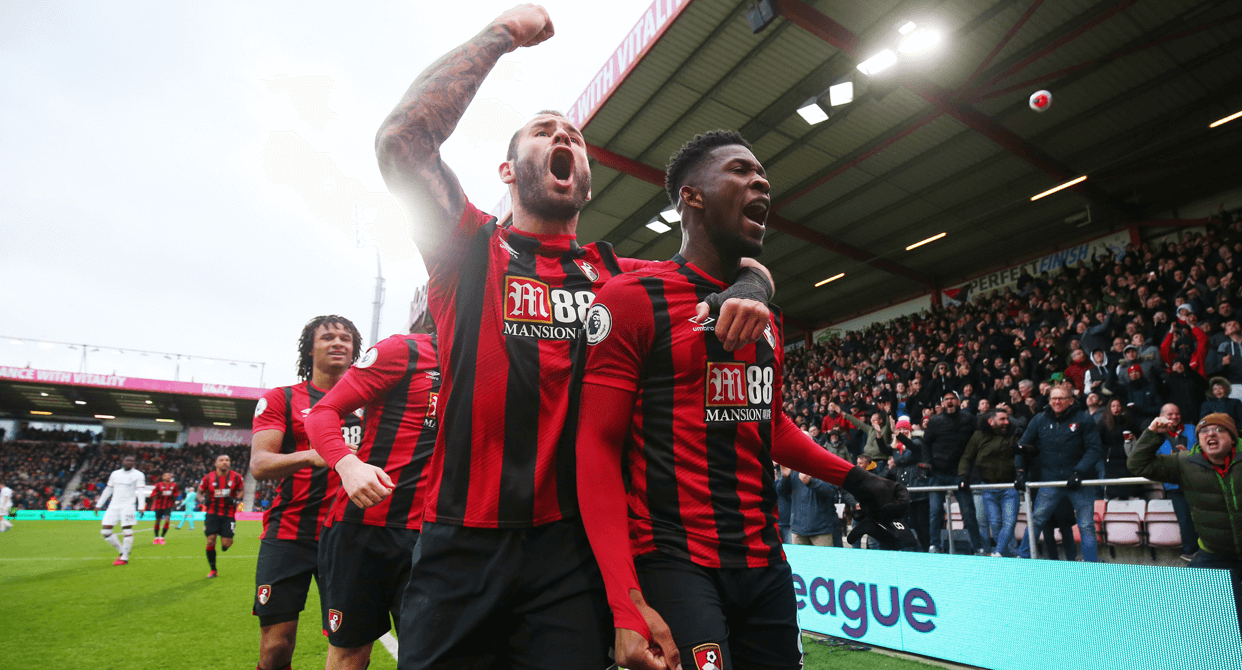 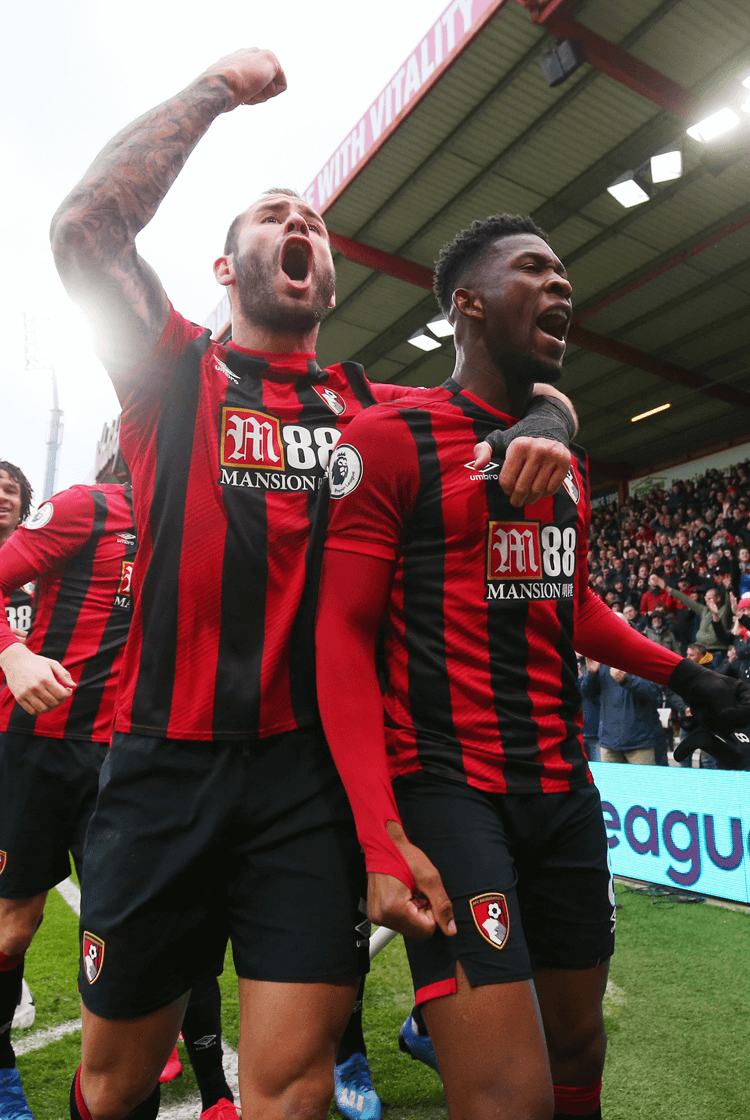 Profile
Eddie Howe has done a truly remarkable job at Bournemouth. Taking the club at which he broke through from the brink of relegation out of the Football League to the security of season after season in the Premier League, he has become one of England's most respected managers.

Howe's achievements remain unmatched by any other manager in the modern era, and the longevity he has shown at one club is increasingly rare. He has been Bournemouth’s manager for almost 11 of the past 12 years, and is rightly praised not only for the quality of his team’s football, but also their efficacy.

Bournemouth have established themselves in the Premier League while playing attractive football, making them something of a neutral’s favourite, and what is perhaps most impressive about Howe’s work is his team’s adaptability. He has managed them through four divisions, in periods of different tactical trends as well as financial hardship, and he has consistently succeeded. Howe ensures that his team and his tactics remain fresh with regular changes, as he has again done throughout 2019/20.

Tactical analysis
One of the few Premier League teams that plays with a 4-4-2 formation, Bournemouth are an imposing side – both in the stature of their players and in their playing style. Their many sizeable players prefer to pass the ball out from defence, and attempt to wear their opponents down through possession.

Their passing style has changed in 2019/20 from 2018/19; attacks have become slower and more patient than in previous years. At the point of recovering possession they make the pitch as big as possible, with central defenders Steve Cook and Nathan Aké – who is particularly comfortable in possession – withdrawing, their full-backs advancing high and wide, and the dynamic central midfield of Philip Billing and Jefferson Lerma rotating to receive from those behind them.

Howe is able to play with two central midfielders because both Billing and Lerma cover so much ground, and because Aké is also adept at bringing the ball out from defence. Further forward one of their strikers will withdraw to between the lines to link play. In the earlier part of 2019/20 that striker was Dominic Solanke, but Joshua King has adopted that role as the season has progressed. While Bournemouth are patient in possession, Lerma and Billing are encouraged to make vertical passes, or to run with the ball when the opportunity arises (below).

In Ryan Fraser, Callum Wilson and King, Bournemouth have several players capable of advancing at pace, but swift attacks have become rarer. Where in 2018/19 they scored more counter-attacking goals than any other side in the Premier League – a total of nine over the course of the season – in 2019/20, with only two in 29 fixtures, they rank sixth from bottom.

The influence of Fraser, previously Bournemouth’s chief creator, has declined. He has been far less effective in 2019/20, with Bournemouth putting less emphasis on counter-attacking, recording only four assists in 28 Premier League appearances – three of which have come at set-pieces. During the previous season, with 14 assists, he ranked second only to Eden Hazard.

Throughout 2018/19 Fraser created seven goals for Wilson alone, that combination representing the most effective in the Premier League. Incredibly, with five goals, Wilson creating for Fraser was also the third-most effective assist-to-goalscorer combination in 2018/19. In 2019/20, however, not helped by an injury to David Brooks, no two Bournemouth players have combined for more than two Premier League goals, meaning that with such a vast portion of their goals disappearing they have had to look elsewhere.

Making set-pieces count
Despite scoring the fifth fewest goals in 2019/20 so far, with 29, their total of 13 means that Bournemouth are the Premier League’s leading goalscorers from set-piece goals – penalties excluded – meaning that 45 per cent of goals scored have come from dead-ball situations. Given the perception of Bournemouth playing attractive football this represents something of a surprise. But while a focus on set-pieces might be used as a criticism, with Bounemouth this shouldn’t the case. They don't pursue corners. They play with inverted wingers – the right-footed Fraser is on the left and the left-footed Harry Wilson is on the right – and consequently have won the fifth-fewest corners in the Premier League in 2019/20, at an average of 4.8 per game. The reality is that they simply make the most of the set-pieces earned.

With the summer arrival of Harry Wilson, Bournemouth have a lethal option from direct free-kicks; in Lerma, Billing, Cook, Aké, Callum Wilson and King they also have lots of height with which to load the penalty area, in addition to Chris Mepham, Simon Francis and Dan Gosling in reserve. They commit significant numbers forward, testing opposing defences, and are imaginative with their set-pieces. At attacking free-kicks when a shot is not a realistic option, Bournemouth set up with one right-footed, and one left-footed, player over the ball. One holds it until the referee blows his whistle before placing it for the other player to immediately deliver, in an attempt (above) to surprise defences. In the home draw with Sheffield United this led to a goal; King made a clever run from out-to-in and to the back post before putting the ball back across goal, teeing up Mepham to score.

In addition to an own goal, there have been headed goals from corners for Cook, Lerma and Aké, all resulting from fierce deliveries – often to the near post – complemented by players working together to block off defenders. There have also been two goals from short corners, including Harry Wilson’s well-worked strike at Newcastle; King made a run towards corner-taker Fraser, exchanged a one-two and then, with four other Bournemouth players occupying the defenders, the unmarked Wilson made a run from the back post to the penalty spot to score (above).

The 2019/20 edition of Bournemouth is a physically-imposing team but it is also an intelligent one. Set-pieces may not be considered the most fashionable aspect of the game, but they provide an important, legitimate and consistent route to goal.

A major challenge for any manager who has been at the same club for a long time is to keep their approach to the job as fresh as their team. The latest version of Howe’s Bournemouth demonstrates that he is succeeding in doing just that.