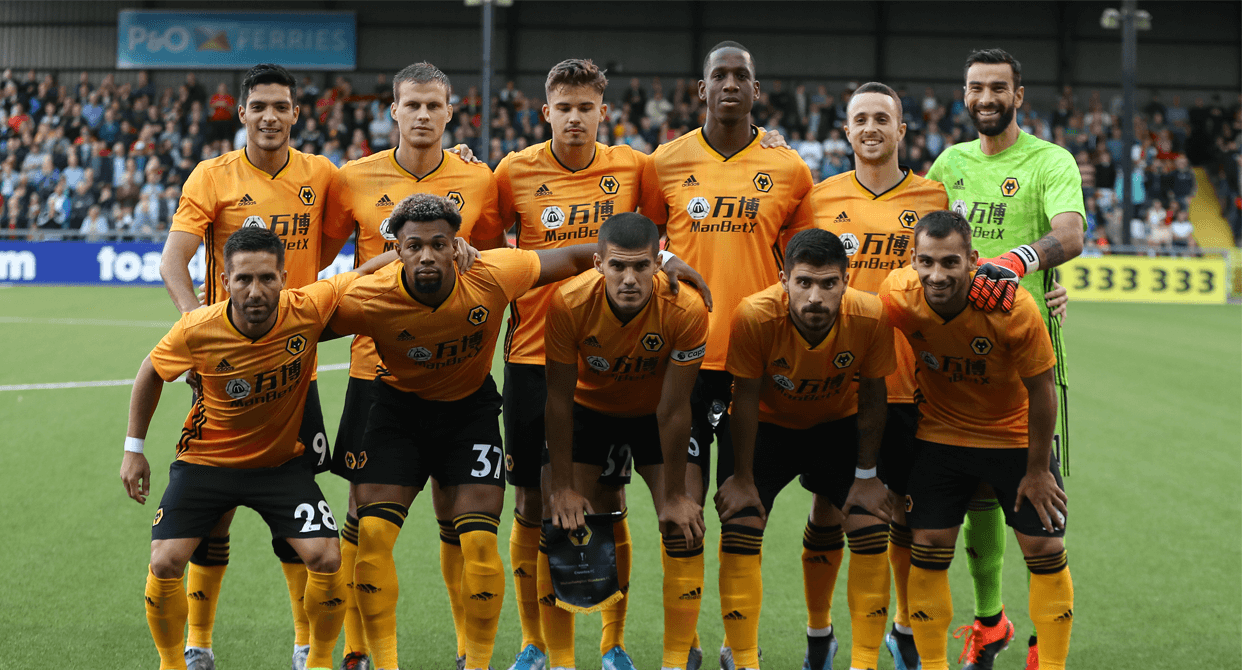 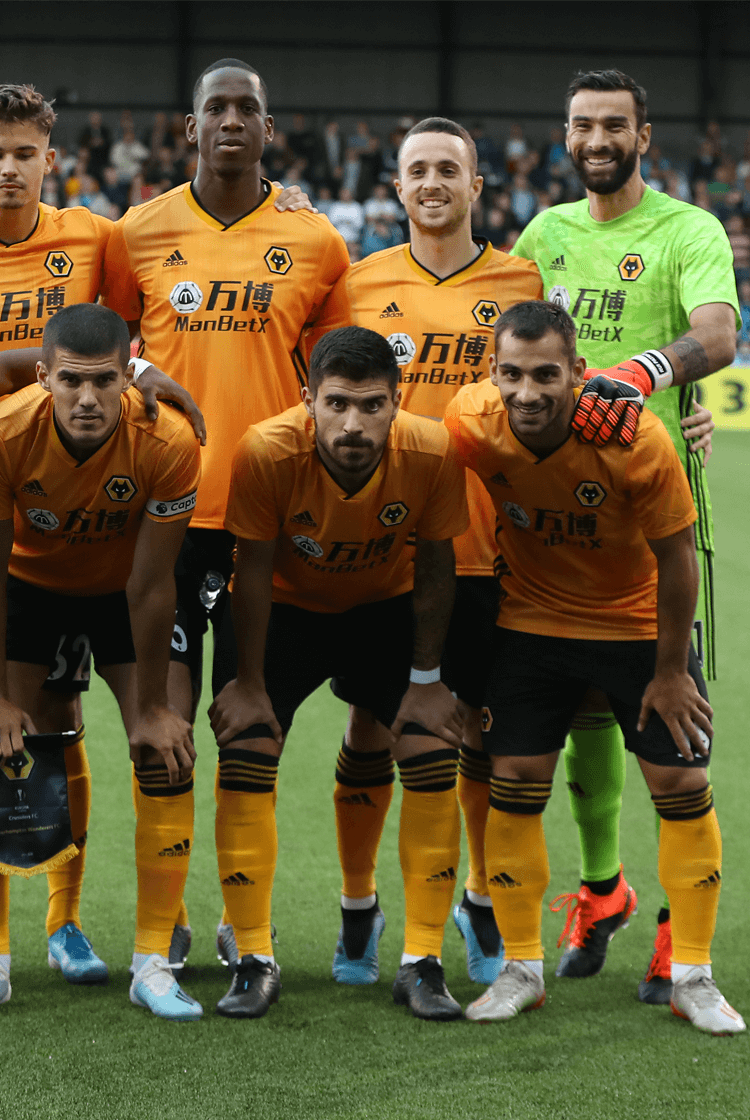 The 2019/20 Premier League season begins on Friday, when European champions Liverpool host Norwich at Anfield. As part of our season preview, The Coaches’ Voice experts have predicted who can expect to finish where and addressed the key tactical questions facing each team. Here, we cover those clubs we believe will finish between eighth and fifth, starting with the surprise package of 2018/19.

8th: Wolves
Wolves have responded to their anticipated qualification for the Europa League by signing Raúl Jiménez and Leander Dendoncker on a permanent basis and increasing their squad depth, recruiting Patrick Cutrone, Pedro Neto, Bruno Jordão and Jesús Vallejo.

If Neto and Jordão represent an investment in Wolves’ future, and Vallejo adds cover in central defence, it is Cutrone who as a forward may make the greatest impact by contributing to their attacks with his ability to both drop short and link, and to penetrate in behind. Wolves regardless still lack cover at right wing-back; when Matt Doherty is absent Adama Traoré deputises, but he lacks tactical discipline.

Nuno Espirito Santo’s team impressed against the top six in 2018/19, but were prevented from finishing any higher by the points they dropped elsewhere – they were the only team who lost both home and away to 20th-placed Huddersfield, for a start. Nuno’s team largely works on tempting opponents forward and then quickly transitioning into attack; the compactness between their midfield and forward lines means that they quickly reach their forwards after regaining possession, with opponents sometimes struggling to recover.

The use of Doherty and Jonny as wing-backs with delayed forward runs capitalises on the wider spaces available, and they in turn deliver to the central attackers. But when opponents sacrifice possession, Wolves have struggled to break down compact lower blocks – despite their added strength in depth this season, this may not change any time soon.

7th: Everton
The success of Marco Silva’s second season as manager may be determined by the fact Everton play only two of the top six in their opening 14 league fixtures, though it should not be overlooked that the departure of Idrissa Gueye to Paris Saint-Germain means that they have lost their finest defensive midfielder. The 29-year-old was crucial to Everton’s defence and provided cover for their advancing full-backs, who often create so much from so little.

André Gomes has signed permanently following a promising season on loan, while Fabian Delph and Jean-Philippe Gbamin have also been recruited, but none represent a direct replacement for Gueye; each is more suited to playing alongside him in the double pivot of Silva’s 4-2-3-1. They also offer box-to-box qualities and are comfortable in possession, but lack the same ability to break up opponents’ play. Morgan Schneiderlin may then end up the most suitable replacement, but will he find a spot in Silva’s starting XI? The same question must be asked of another new recruit in Alex Iwobi, with Richarlison and the improving Bernard likely to start the season in the wide attacking roles.

The 19-year-old Moise Kean adds a more clinical edge in front of goal, especially when compared to the still raw talent of Dominic Calvert-Lewin. Kean’s direct movement in behind and desire to attack the blindside of central defenders resembles Romelu Lukaku, who Everton are arguably still yet to genuinely replace. Everton’s striker is often isolated as they build and penetrate via the full-backs and a withdrawn number 10 in Gylfi Sigurdsson, meaning that the role demands a very specific, physical profile inside the penalty area. Kean is a suitable fit; with a more consistent defence at the other end of the pitch, Everton can challenge to break into the top six.

6th: Arsenal
The departure of Aaron Ramsey to Juventus may not prove the cause for concern so many feared before the conclusion of the summer transfer window. Nicolas Pépé’s arrival means that Arsenal potentially have one of the finest attacks in the Premier League, and the inclusion of a box-to-box central midfielder like Ramsey, in addition to their advancing full-backs, might ultimately have destabilised Unai Emery’s already unbalanced side.

The double pivot in Emery’s chosen 4-2-3-1 structure will be crucial. The cover and relative balance provided by Lucas Torreira combined with Granit Xhaka’s ability to link defence to attack during lengthy periods of possession or transitions will be key in the pursuit of keeping the ball as high as possible for as long as possible. Xhaka will also need to become far more disciplined with his positioning, regardless of the effectiveness of his attempts to recover possession when covering his full-backs.

Even with Xhaka’s efforts and the arrivals of left-back Kieran Tierney from Celtic and centre-back David Luiz from Chelsea, Arsenal are likely to continue to struggle in defence. The Gunners have conceded 51 league goals in both of the past two seasons; in 2018/19, that gave them a worse defensive record than Wolves, Leicester, Everton – all three of whom will have their sights set on the top six – and even Newcastle. If Pépé, Mesut Özil, Alexandre Lacazette and Pierre-Emerick Aubameyang (above, with Özil) do not excel in the final third, the absence of an authoritative central defender could define their campaign.

5th: Manchester United
Ole Gunnar Solskjaer’s heavy investment in Harry Maguire and Aaron Wan-Bissaka ahead of his first full season as Manchester United manager should strengthen what has been an unstable defence and free his team up to play with a higher line, and thus press more aggressively into the attacking half. Maguire links well with left-sided teammates, so Luke Shaw and Anthony Martial can expect more possession. Both Maguire and Wan-Bissaka can also defend aggressively and on the front foot, negating the fast and powerful attackers they will consistently face.

The concern is that, even with an improving defence, Marcus Rashford’s ability to lead the line as a central striker is in doubt. His goals return needs to improve, and when possession is moved from central defence into advanced midfield his play can be lethargic and his movements predictable, unless he is running in behind. The modern, top-level lone striker is becoming increasingly versatile, and less of a specialist; particularly given the sale of Romelu Lukaku to Inter, Rashford needs to improve his all-round game.

It does Rashford no favours, of course, that United lack genuine guile between the double pivot and the attacking line of three immediately behind him. The youthful Daniel James, Mason Greenwood, Andreas Pereira and Tahith Chong are all promising, but not yet ready to prove the solution – and, unless Paul Pogba is given the freedom to make runs into the penalty area, his creativity will be undermined. A further concern surrounds the departure of Ander Herrera; his absence, given he was the most effective player within that double pivot last season, will be all the more noticeable given the apparent decline of Nemanja Matic and the lack of consistency from both Fred and Scott McTominay.

United finished sixth last season, but for Solskjaer to be deemed a success in his first full campaign, the top four is a must. The fear for the Norwegian will be that he, and therefore his reign, might just fall short.