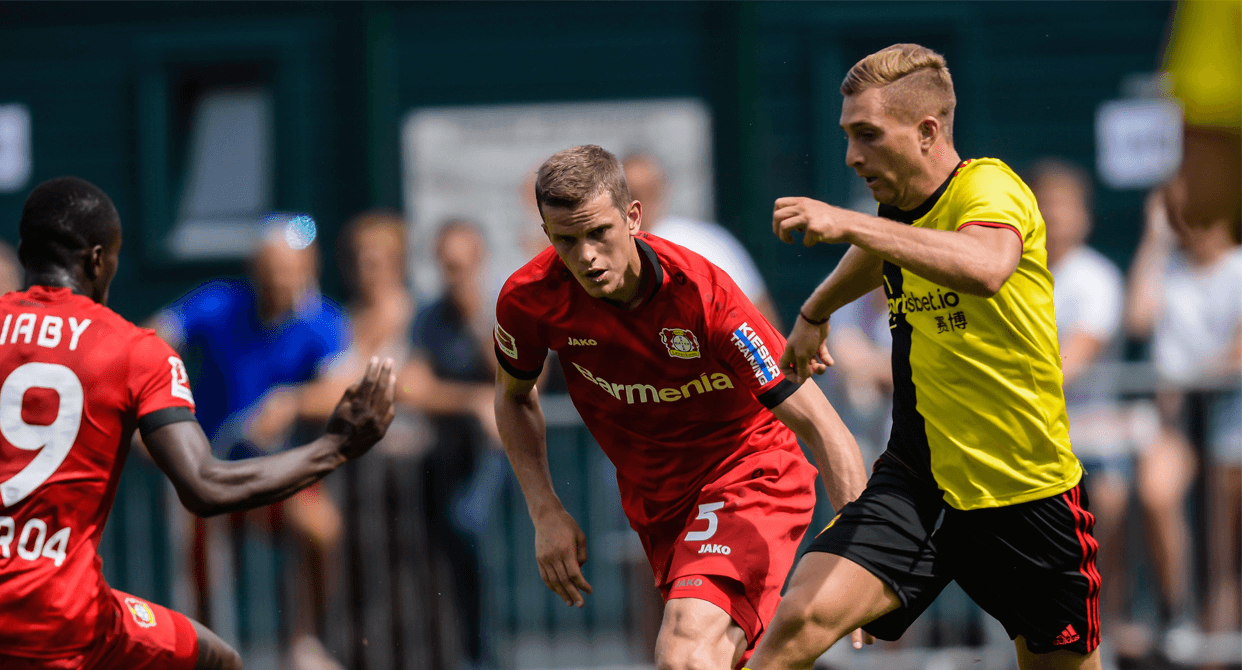 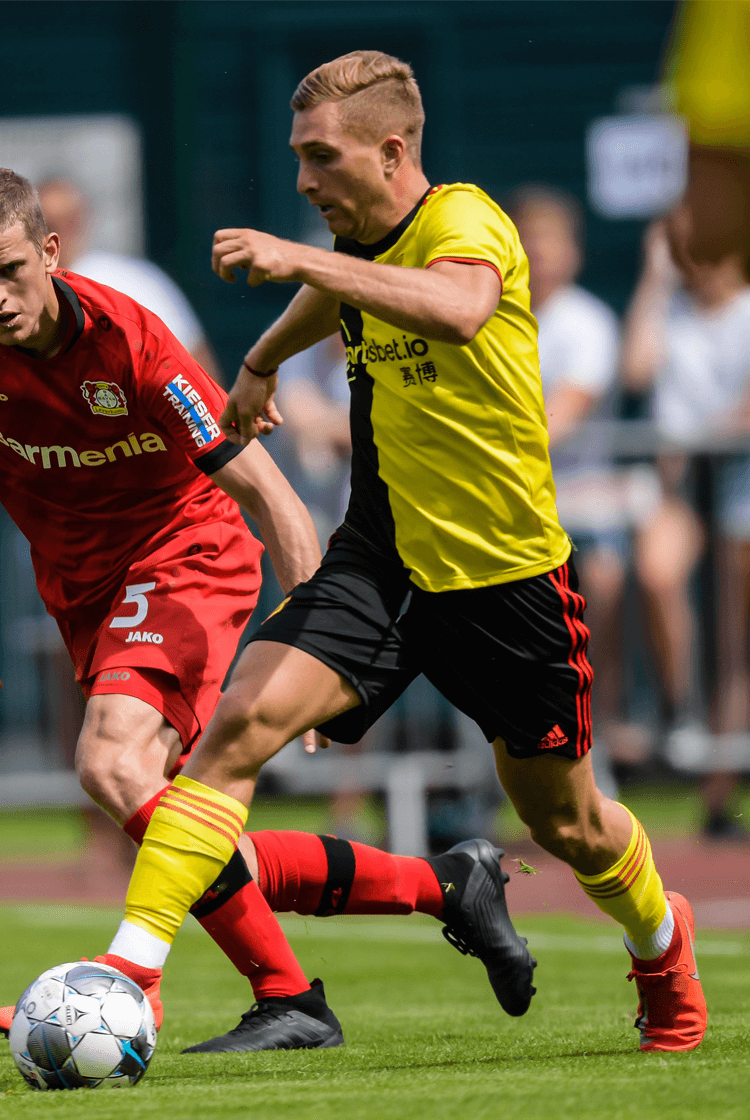 The 2019/20 Premier League season begins on Friday, when European champions Liverpool host Norwich at Anfield. As part of our season preview, The Coaches’ Voice experts have predicted who can expect to finish where and the key tactical questions facing each team. Here, we cover those clubs we believe will finish between 12th and ninth, starting with one of last season’s most impressive teams.

12th: Watford
Regardless of Watford again strengthening their squad and their fine record in the transfer market, it is the retention of key players that will prove crucial in their push to finish in the top 10. Abdoulaye Doucouré is often among their most influential players; his athleticism, plus his ability to support attacking moves from deep positions and cover defensive transitions with ambitious recovery runs, gives his attacking teammates greater freedom.

Should they then lose possession, he quickly detects and covers the spaces left to prevent counter-attacks. He is also aggressive when battling for possession and in the tackle, and once in possession he recognises the need to release the ball quickly to encourage attacks. Doucouré looks to play off of his first touch and, most commonly, to quickly feed the likes of Will Hughes, Troy Deeney, Andre Gray and Gerard Deulofeu (above) – the latter is another key player Watford have managed to retain.

The Spaniard’s new central attacking role off Deeney added goals when Watford were confronted with a congested defensive block. His control, guile in tight spaces and shooting ability provided the penetration his team required, in contrast to the returns of Gray, Deeney and Isaac Success – all of which dropped against compact defences and in overcrowded penalty areas.

The late-window signings of free agent Danny Welbeck and Ismaila Sarr add even more attacking depth to a squad that looks ready to progress under astute head coach Javi Gracia.

11th: Bournemouth
Having awarded a new contract to Callum Wilson and resisted interest in Ryan Fraser, it is Bournemouth’s defence that could determine how easily they preserve their Premier League status during the coming season. Throughout 2018/19 they were the most prolific goalscorers outside the Premier League’s top six, but they conceded five goals in defeats by Arsenal, Crystal Palace and Tottenham, and four to Burnley, Liverpool and Manchester United. Only Fulham and Huddersfield conceded more than their total of 70 goals, and they were both relegated.

Their promising manager Eddie Howe has previously remained loyal to defenders Simon Francis, Steve Cook and Charlie Daniels, but further integrating Diego Rico, Lloyd Kell and Chris Mepham is a priority for the new season. If his attack can be expected to remain a strength, Nathan Aké needs reliable defenders around him after a season in which he was regularly dragged out of position to cover his teammates’ poor positioning or failure to track runners.

The £15m arrival of Philip Billing provides additional defensive cover; his presence and height in central midfield increases protection in the central lanes. Billing will also help defend at set-pieces and can read opponents, intercept passes and break up transitions.

Tielemans and Pérez further the fluidity, mobility and quality between opposing lines already provided by James Maddison, Harvey Barnes, Marc Albrighton and Demarai Gray, and provide Rodgers with the option of adapting and experimenting with different attacking selections over the course of the coming months. Pérez can play alongside Vardy in a front two, adding both goals and assists, or create chances from wider positions, tucking inside to encourage the overlapping attacks of full-backs Ben Chilwell and Ricardo Pereira.

Rodgers is likely to begin the season with his favoured 4-3-3 formation, but the central midfield box he sometimes used while managing Liverpool may also help him accommodate his many talented attacking midfielders. The latter shape would allow Maddison, Tielemans (both above) and Gray to remain within the inside lanes, rather than coming inside from a wider position. Vardy, now 32 years old but still an absolute nuisance, may also benefit by opposing central defenders having to pay extra attention to the dangerous Pérez.

9th: West Ham
Even amid the departures of Marko Arnautovic, Samir Nasri, Lucas Pérez and Andy Carroll, Manuel Pellegrini’s West Ham enter the coming season with one of the division’s most exciting attacks. New signings Sébastien Haller and Pablo Fornals may yet provide the final added quality that West Ham have long lacked in front of goal. Haller’s successful spell with Eintracht Frankfurt owed largely to the fluidity of his rotations with Luka Jovic and Ante Rebic; Pellegrini’s likely attacking 4-2-3-1 will encourage the Hammers to become a more free-scoring team.

Declan Rice will again be influential playing in the double pivot in front of defence, and alongside him a fit Jack Wilshere will look to burst forward with his intelligent dribbles. Rice will need to provide a consistent defensive cover behind the rotating Fornals, Felipe Anderson and Manuel Lanzini, who will support and give Haller the mobility and goalscoring chances he demands.

On the occasions Pellegrini prefers to be more cautious, his 4-2-3-1 could be retained, but replacing Wilshere with Mark Noble would provide a more secure central block. Both Robert Snodgrass and Andriy Yarmolenko can be used to provide greater width and deliveries into the powerful Haller. Fornals will regardless be expected to contribute more goals than he has so far been in his nascent career.