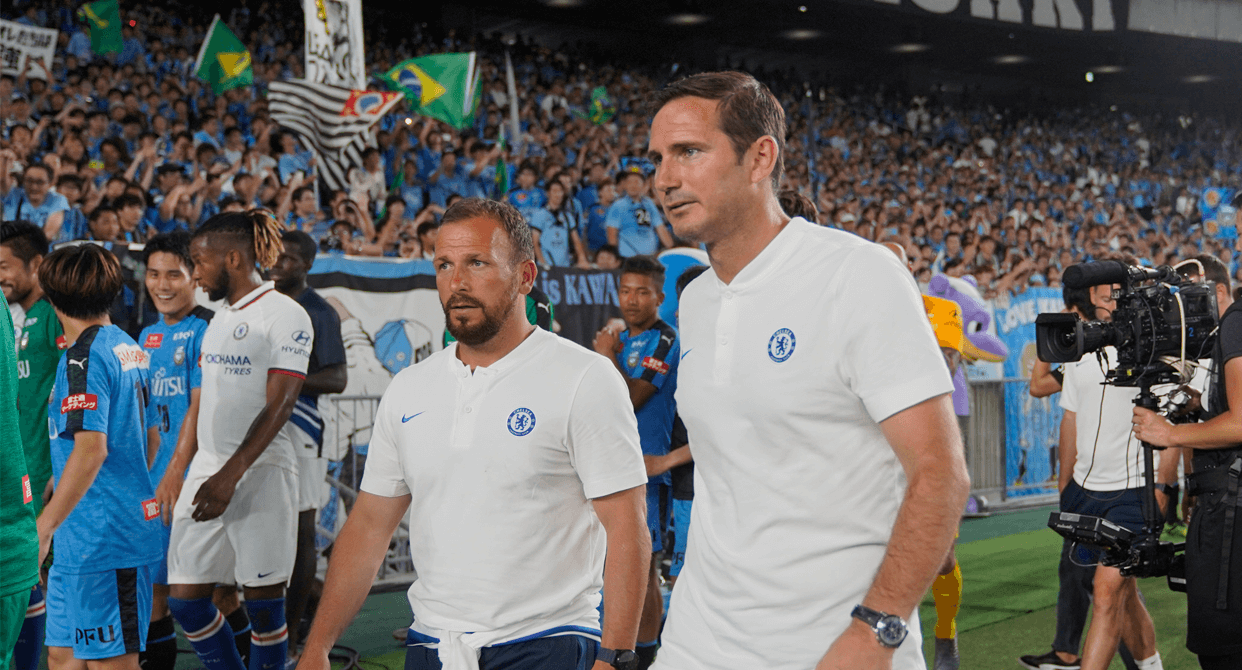 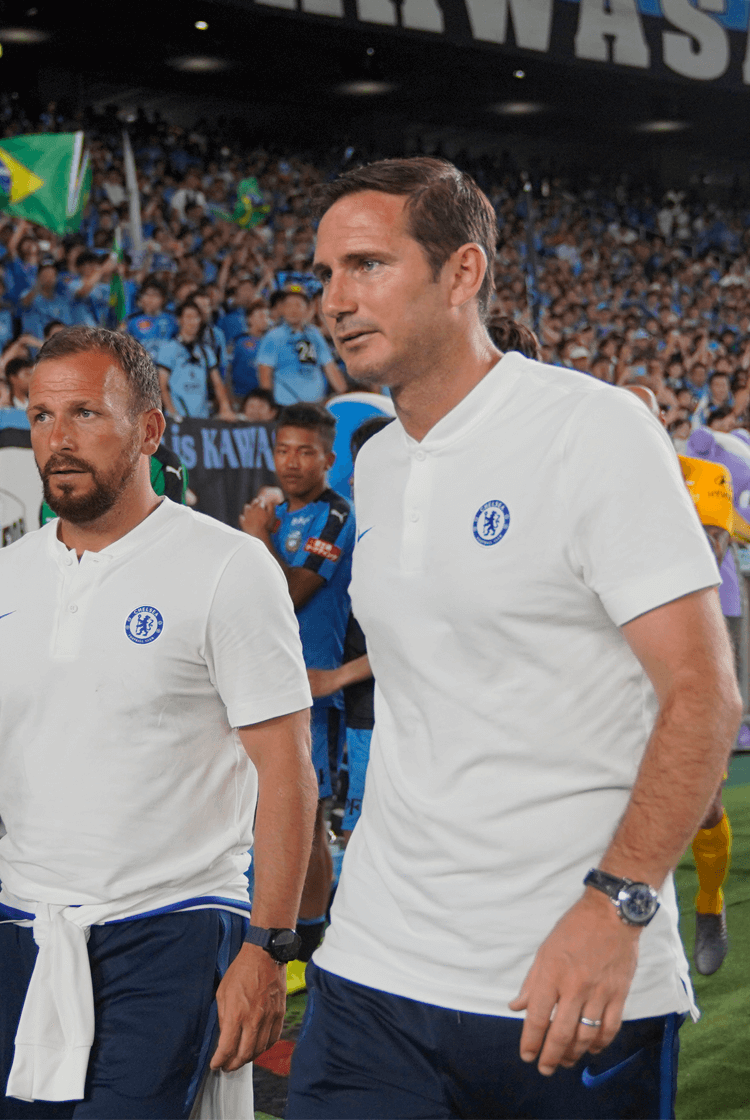 The 2019/20 Premier League season begins on Friday. In the final part of our season preview, The Coaches’ Voice experts have predicted who will win the title, and the other three teams on course to qualify for the Champions League.

4th: Chelsea
The biggest uncertainty surrounding Chelsea during the coming season surrounds who of Tammy Abraham, Olivier Giroud and Michy Batshuayi is likely to be their starting striker. Even if Abraham is the present first choice, none is ideally suited to the high-pressing attack Frank Lampard used at Derby.

Abraham’s movement across the back line may become useful to Lampard, particularly after Chelsea regain possession in their defensive half. His mobility in linking with wider runners is then complemented by a forward run in his attempts to become the classic penalty-box striker.

Giroud, by contrast, is most effective when pinning a defence back to create space for central runners, but he lacks the energy and pressing ability of Abraham, when Lampard is expected to prioritise fluid movements and rotations from his supporting midfielders. Batshuayi is the manager’s most versatile option because he can link with deeper movements, is a proven finisher and works hard during transitions. He is yet to establish himself at Chelsea, however, and at 25 it is starting to feel like time is running out.

The Blues’ approach to pre-season demonstrated Lampard’s desire to attack, but even before the sale of David Luiz to Arsenal there were concerns about his defence. To that end he has reorganised his team from Maurizio Sarri’s 4-3-3 into a 4-2-3-1, providing further protection for his more cautious-looking central defence via the double pivot in midfield. N'Golo Kanté's return to a more natural defensive role should prove vital to adding security and confidence during transitional moments; Jorginho and Mateo Kovacic are likely to compete to start alongside him.

3rd: Tottenham
Tottenham returned to the transfer market this summer, and how. At £63m, they made Tanguy Ndombele their record signing. If the 22-year-old can contribute to improved performances from Dele Alli and Christian Eriksen, and therefore also Harry Kane and Son Heung-min, then he starts paying back that fee very quickly. The departure of Moussa Dembélé meant responsibility for breaking lines to find Spurs’ advanced players shifted to Alli and Eriksen, but both were too far away to create and be at their best deep within the final third.

Ndombele is most suited to starting within the double pivot of a 4-2-3-1, but Mauricio Pochettino’s long-term preference for variations of a 3-4-3, 4-3-3 or 4-3-2-1 and his many midfield options make the latter likeliest. Ndombele would then feature alongside two of Eric Dier, Giovani Lo Celso, Moussa Sissoko and Harry Winks.

A 4-3-2-1 would ensure Alli and Eriksen remain higher, where they can create from the inside channels and link more regularly with Kane – as they did so impressively in front of Dembélé throughout 2016/17. Alli can again make the penetrative runs towards the far post during wider build-up play that he was unable to while being more disciplined.

Ndombele lacks Dembélé’s grace, but he is more effective towards the final third, not least when driving forwards in the way that Yaya Touré once did for Manchester City. With his arrival, and if Kane can remain injury-free, Spurs may even compete with Liverpool and Manchester City.

2nd: Liverpool
Liverpool have resisted the temptation to heavily invest in new players, and are instead relying on the ongoing ability of manager Jürgen Klopp and his staff to continue improving what is already a fine squad – and particularly on the fit-again Alex Oxlade-Chamberlain and Naby Keïta having the impacts they were unable to throughout 2018/19.

If the German’s squad has a weakness, it is in the lack of cover for full-backs Andy Robertson and Trent Alexander-Arnold, but if Oxlade-Chamberlain and Keïta perform as they can, James Milner could yet be used as that cover. Oxlade-Chamberlain’s return in midfield is capable of strengthening an attack that can expect to be confronted with compact, deep defensive blocks, through his powerful drives at goal, quality in possession and while dribbling, and his ability to therefore free up those in front of him.

Keïta struggled for consistency last season, but at his best similarly offers attacking intent from central midfield through his high-quality surges forward. His pressing game is on a par with that of Jordan Henderson, James Milner and Georginio Wijnaldum, but his often lethargic and loose, short passing in the early stages of building into an opponent’s half will require addressing.

Should Liverpool keep all their key players – both in defence and up front – fit throughout the season, they will again challenge for the league and cups – but Manchester City are, sadly for the Reds, still likely to prove superior.

Champions: Manchester City
There is a risk that the departure of long-serving captain Vincent Kompany may prove particularly negative, beyond even his influence within the dressing room. His aerial ability was capable of transforming the style of play Pep Guardiola could demand from his team against more direct opponents, and defending against the most physical strikers the Premier League can offer. John Stones, Aymeric Laporte and Nicolás Otamendi occasionally prove uncertain against repeated aerial attacks, and Eric Garcia is not yet ready for first-team football.

The potential for Kevin De Bruyne to be fit throughout the coming season is regardless a significant positive, particularly after he missed so much of 2018/19; he may even prove capable of making the difference when they again pursue glory in the Champions League. David Silva’s planned departure next summer could yet mean Phil Foden being given more first-team football if Guardiola prepares for the future, while Bernardo Silva’s many talents mean that City will again expect to dominate in midfield. And that’s before you even mention Sergio Aguero, Gabriel Jesus and Raheem Sterling – although long-term absentee Leroy Sané will be missed.

The arrivals of Rodri – a holding midfielder who, incidentally, can also defend against direct opponents – and João Cancelo, with fellow right-back Kyle Walker turning 30 in May, further strengthen an already elite squad, making them the strong favourites to win their third successive Premier League title. They probably will, too.