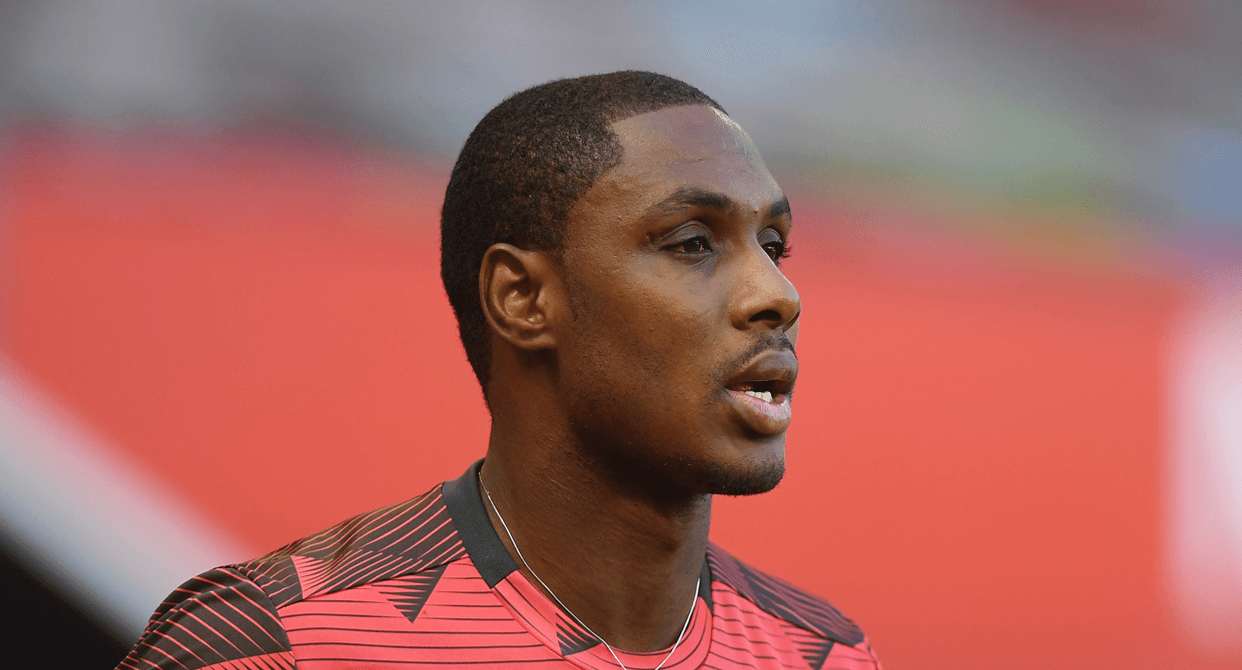 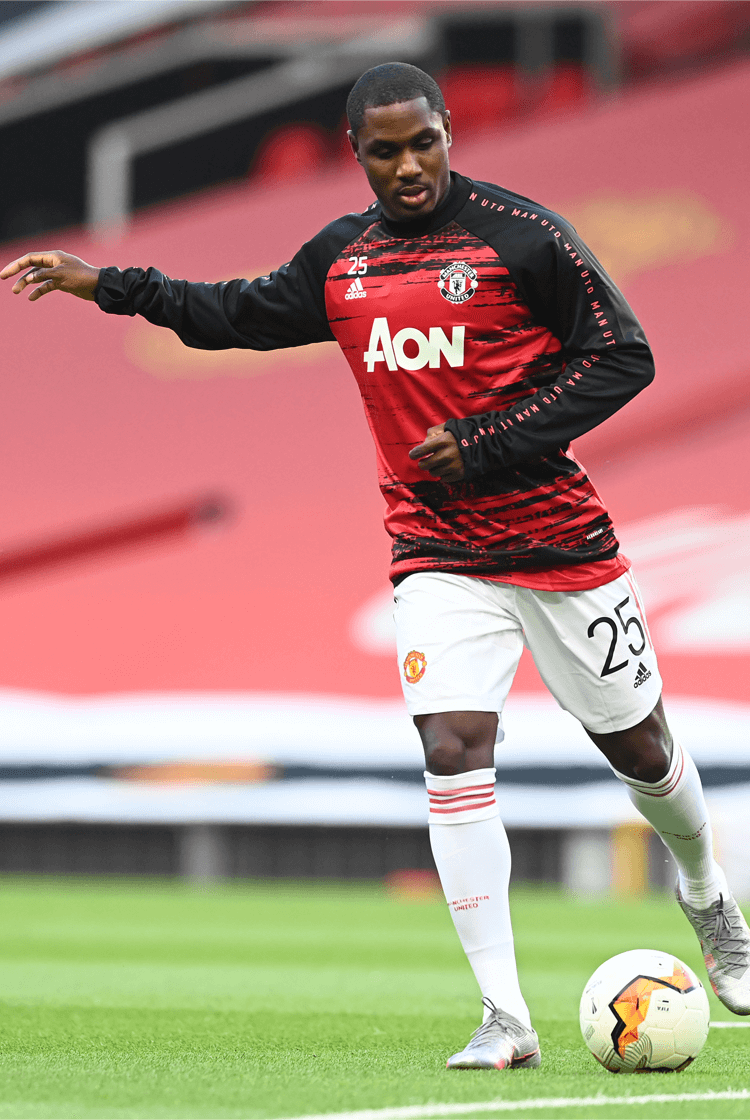 Profile
Manchester United made perhaps the most unexpected signing of 2020's January transfer window when Odion Ighalo arrived on loan from Shanghai Shenhua. The Nigeria international striker, who scored 39 goals in 99 matches for Watford between 2014 and 2017, was recruited to strengthen Ole Gunnar Solskjaer's attacking options which at that point, in Marcus Rashford, Anthony Martial, Mason Greenwood, Daniel James and Jesse Lingard already represented a significant strength.

If he was expected to remain peripheral, he made a promising start, and to the extent that suggestions quickly grew that his loan move could be made permanent. However Greenwood's ongoing emergence as a goalscorer of potentially the highest calibre, and the arrival of Edinson Cavani – a goalscorer whose strengths, unlike those of Rashford, Greenwood and Martial, are similar to those offered by Ighalo – mean he is increasingly expected to leave at the conclusion of a year spent on loan.

"It’s been difficult for him to be out of the squad as many times (as he has), of course, because he did really well up until the summer," United's manager said. “This season he’s not had as many opportunities but he’s never let himself down as a professional and a human being."

Tactical analysis
On the occasions he has played, Ighalo has featured as the central striker in a 4-2-3-1 formation (below). In United's highest-profile fixtures Solskjaer favours a 5-3-2 while out of possession and a 3-4-1-2 with it, and the striker has therefore played fewer minutes than he might have hoped.

When featuring as their lone striker Ighalo receives possession to feet and makes runs in behind. When the ball is in central areas or half-spaces, and there is pressure on his in-possession teammates, he attempts to position himself for passes into his feet; if there is no pressure on the ball carrier, he will instead offer movements in behind.

He offers intelligent movements away from defenders. When possession advances beyond midfield he takes a diagonal step away from it before pulling on to the blindside of the furthest central defender when two are positioned closely together, or the nearest one when there is a significant space between them.

When teammates play possession into central areas, Ighalo makes short, sharp movements in an attempt to deceive defenders who prefer to simultaneously monitor both the attacker and the ball. If he is behind possession he will then prioritise moving into the penalty area at a late stage, to position himself for rebounds or cutbacks, as was demonstrated in 2019/20 when he scored his second goal against Derby County in the FA Cup.

If one of Ighalo's strengths is his ability to protect possession and then bring others into play, he does so by backing into opponents to control long, direct passes, instead of pursuing flick-ons. He is deceptively strong and, once the ball is under control, able to hold off defenders, often by using his arm to keep his opponents at the necessary distance before locating a teammate to link with.

It is those qualities that have made him suitable in the latter stages of fixtures when Solskjaer's priority is to protect a lead. He retains possession in advanced territory, drawing fouls, and effectively undermining an opponent's attempts to build an attacking threat, as was also demonstrated in 2019/20, in United's impressive victories over Chelsea and Manchester City.

When his team is without possession Ighalo is capable of offering a significant amount of energy, often through pressuring opposing goalkeepers and defenders and in the recovery runs he makes, or when pursuing the ball after losses of possession. If that encourages intensity from his teammates and can lead to mistakes from opponents, he regardless needs to show a greater awareness of the spaces he vacates.

Role at Manchester United
Ighalo arrived at Old Trafford at the same time as Bruno Fernandes, who immediately impressed and swiftly developed a fine understanding with his new teammates. The Portuguese largely operates as a central attacking midfielder, often with two or three attackers ahead of him and attempting to run in behind. Ighalo's movements towards the ball invite Fernandes to advance into the spaces he vacates (above), offering United a further dimension that their attacks had previously lacked.

Though recruited to offer their squad greater depth, his performances mean, when selected, he has made positive contributions. He remains capable of deputising for Martial or Cavani in United's 4-2-3-1, when Rashford plays towards the left and Greenwood remains on the right. In both United's 4-2-3-1 and 3-4-1-2 Ighalo offers Solskjaer a different option to that he had lacked, largely since Romelu Lukaku's departure for Inter Milan.