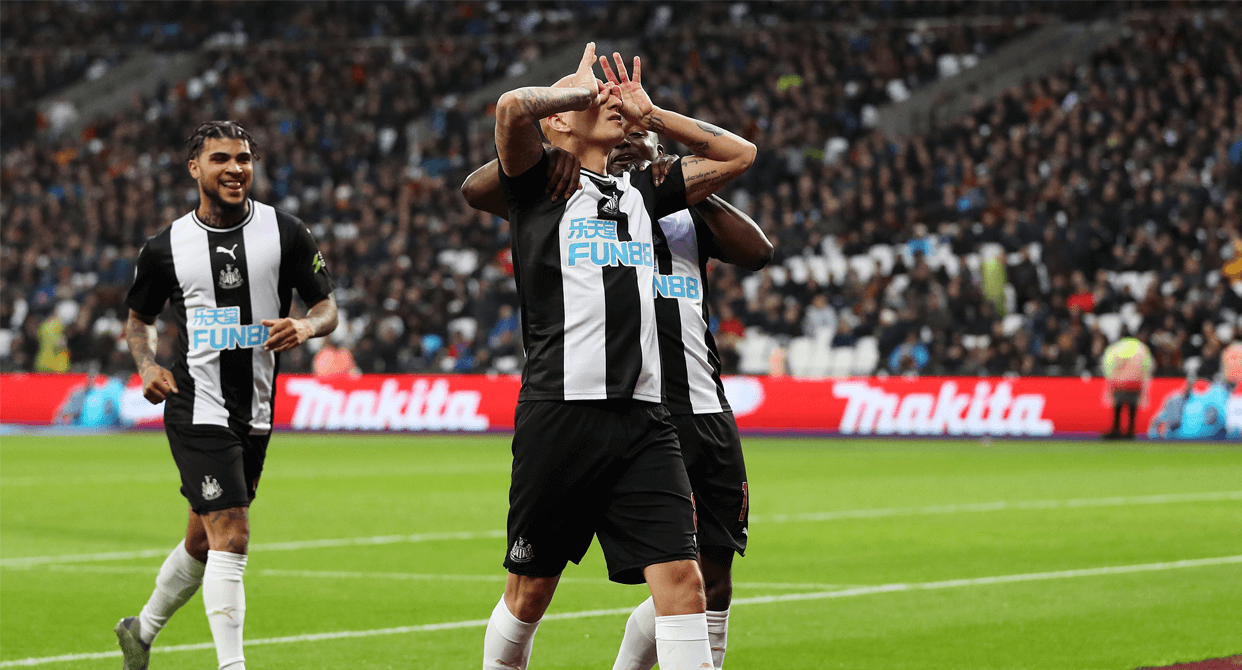 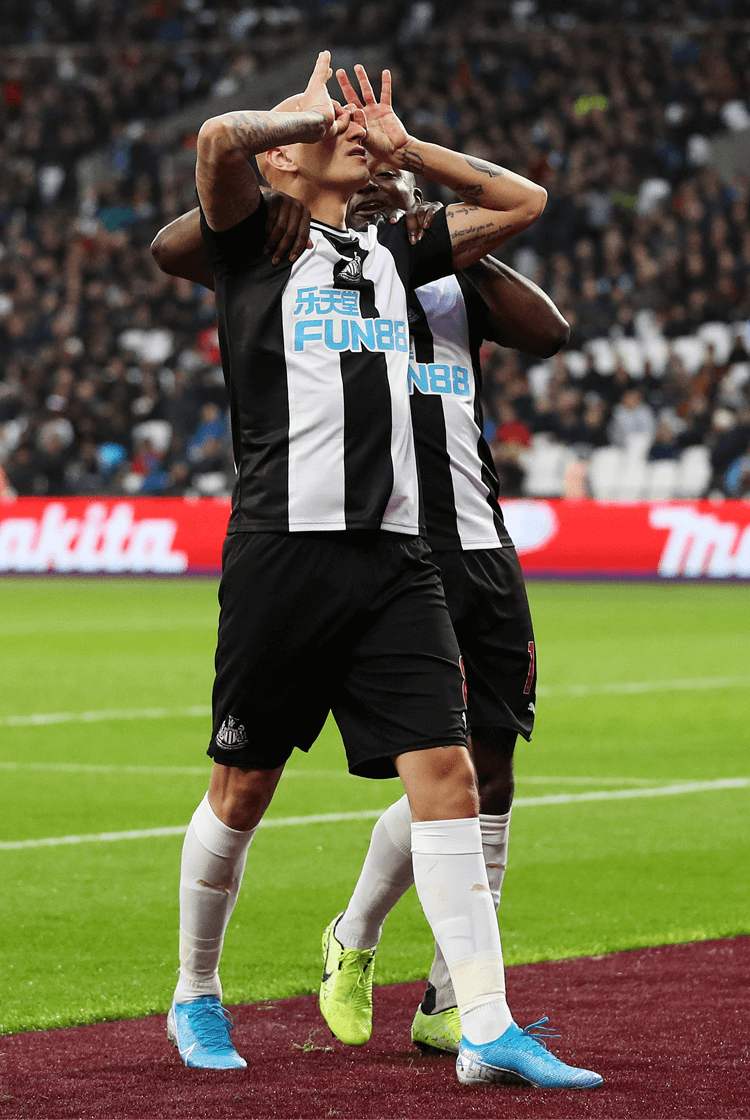 Arsenal disappointed again when they drew with Wolves at the Emirates, while Champions League rivals Leicester won at Crystal Palace. Tottenham also dropped points, at Everton, while Newcastle and Chelsea respectively recorded victories over West Ham and Watford. In the second part of our Premier League review, The Coaches' Voice experts assess the key tactical points arising from each game.

Arsenal 1-1 Wolves
Unai Emery's Arsenal dropped further points, this time in the absence of their captain Granit Xhaka, and with Mesut Özil given a now rare start in the Premier League. It was in central areas that they struggled, largely because of the lack of balance provided by their diamond midfield.

Mattéo Guendouzi was often exposed at the base, while the wider support Lucas Torreira and Dani Ceballos attempted to provide was ineffective against Wolves’ runners. Diogo Jota, Adama Traoré and Raul Jiménez regularly succeeded in overloading Guendouzi (below).

Traoré’s increasingly wide position invited Matt Doherty to move inside from the right flank, putting more impression on the overworked Guendouzi. Wolves similarly capitalised on spaces in midfield, and Arsenal's lack of balance, as Traoré and Jota attacked through inside channels with direct dribbles. The visitors dominated to the extent that they created sufficient chances to score a winning goal.

West Ham 2-3 Newcastle
The visitors finally found the goalscoring touch that had been eluding them, as all three of their goals came from set-pieces. They also often threatened via attacking transitions, particularly when Declan Rice lacked support from the midfielders around him.

There were too often spaces for Newcastle's narrow attack to advance into, particularly as West Ham full-backs Pablo Zabaleta and Aaron Cresswell pushed forward. The speed and instinctive movements provided by Miguel Almirón and Allan Saint-Maximin also ensured that Joelinton was offered support in attacking areas (below).

They created sufficient chances to have led by more than the two goals they did at half-time. It was only when West Ham made changes to provide greater stability in central areas that they became more competitive, undermining Newcastle's counter-attacks and instead forcing the offensive-minded Almirón and Saint-Maximin to defend.

Watford 1-2 Chelsea
The in-form Tammy Abraham and Christian Pulisic each again scored for Chelsea, to secure their fifth successive victory in the Premier League. Jorginho, excelling alongside Mateo Kovacic as part of the double pivot Frank Lampard has employed since arriving at the club, was also again influential.

Instead of playing as the single pivot, as he did when Maurizio Sarri was manager, he receives possession under less pressure, and is therefore increasingly able to dictate play. In the build-up to Abraham's goal (below), he instructed Kurt Zouma not to pass to him and to instead feed Mason Mount, moving Watford's central midfielders and in turn freeing him up to receive and play possession.

The defensive cover provided by the other individual operating within the double pivot also invited Jorginho to link with Chelsea's attack from a more advanced position. His vision and timing of pass then complements the attacking instincts of runners Abraham, Pulisic, Mount and Willian.

Crystal Palace 0-2 Leicester
Brendan Rodgers' Leicester stretched Crystal Palace between the lines, and used rotations within midfield before releasing Jamie Vardy into space. The movements provided by James Maddison and Youri Tielemans around the sitting Wilfred Ndidi troubled their hosts, who attempted to play with a high line.

Vardy's attacking threat ensured that Gary Cahill and James Tomkins had to remain as cautious in their positioning as they had to be wary of Maddison and Tielemans as they rotated around Ndidi to create a lop-sided 4-2-3-1. Within that shape, Leicester were able to release Vardy through central channels, or connect with support offered in wider territory.

Only a lack of accuracy in the final passes played towards Vardy prevented them from extending their lead. The visitors, impressively, remain on course for a top-four finish.

Everton 1-1 Tottenham
Before Andre Gomes' serious injury, both sides struggled to assert themselves. It was Dele Alli who, in the absence of Harry Kane, provided Tottenham's most consistent attacking threat.

He started by occupying the left, wide attacker's role within their 4-2-3-1 formation. Left-back Ben Davies attempted to provide further width, but when he was pressed Alli advanced to receive in behind. With central forward Lucas Moura often contained by Yerry Mina, Spurs lacked the figure they required to further their attacks, so Alli withdrew deeper to link defence to attack, via more vertical passing (below).

Son Heung-min and Moura then adopted wider positions and made diagonal runs between Everton's full-backs and central defenders. Alli also regularly broke Everton's midfield lines, but those in front of him struggled to secure the forward passes played to them.