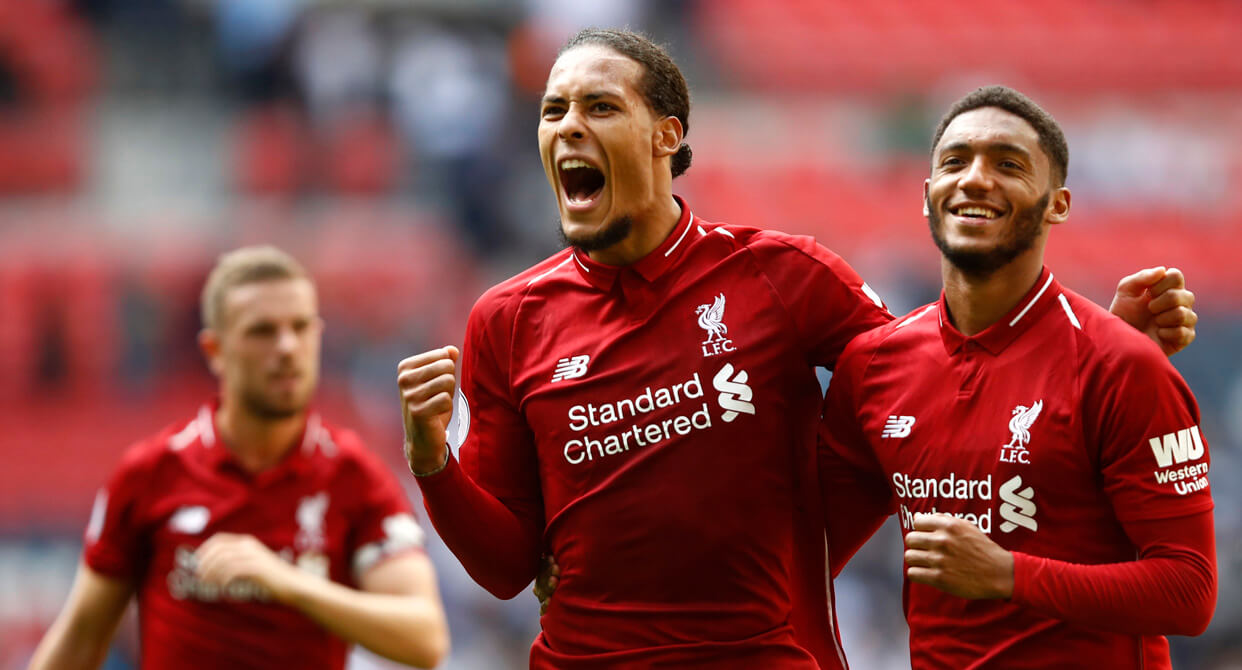 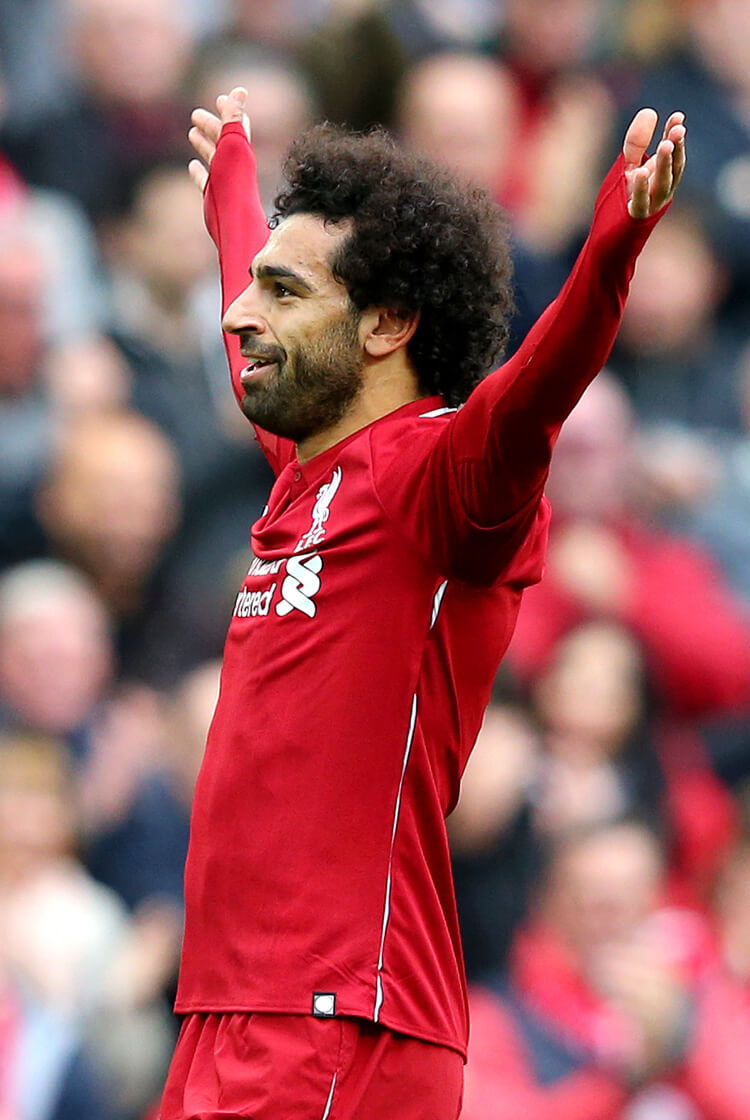 The story so far
Two full seasons under Jurgen Klopp have yielded two fourth-placed Premier League finishes for Liverpool. On the evidence of their opening 12 games of the new season, they are laying the foundations for a higher finish.

Despite Mo Salah’s incredible goalscoring feats last term, it was the Reds’ inability to turn draws into victories that cost them a higher ultimate position; only Brighton, Southampton and relegated West Brom drew more games than the 12 Liverpool managed. On the flip side, only champions Manchester City – who finished a huge 25 points ahead of them – lost fewer.

In the wake of Philippe Coutinho’s January departure for Barcelona, Klopp (below) spent big in the summer. Naby Keita and Fabinho arrived to bolster a central midfield weakened by the departure of Emre Can and a long-term injury to Alex Oxlade-Chamberlain, while the attacking skills of Xherdan Shaqiri arrived for a cut-price £13m after Stoke’s relegation to the Championship.

But there is no doubt which arrival stirred most interest; having already recruited the towering Virgil van Dijk to strengthen his defence, Klopp then threw what could turn into £66.8m at AS Roma to bring the highly regarded goalkeeper Alisson to Anfield. A world-record fee soon eclipsed by Chelsea in their purchase of Kepa Arrizabalaga nevertheless signalled the head coach’s intention to address what had been the glaring positional weakness of his reign to that point.

The results have been positive. Liverpool have conceded only five goals in their first 12 league games and remain unbeaten in what represents the club’s best start to a Premier League campaign. They sit second, two points behind the relentless pace set by defending champions Manchester City.

Statistical
Statistically, Liverpool’s approach to games this season has altered – at least in terms of shots on goal, with last season’s average of 18 per game dropping to 14 so far this term. The proportion on target has remained steady at 37 per cent, however.

The Reds are also demonstrating longer spells of possession, with last season’s average of 572 passes per game rising to 625 in this campaign. Their percentage of passes within the attacking third has remained consistent (23.3 per cent, in line with 23.4 per cent last season), which suggests that they are still looking to move the ball forward as quickly as always – they are now just doing it more frequently.

This rise in possession is likely linked to Klopp’s renowned ‘gegenpress’, which shows no sign of slowing as his reign continues – his team is averaging five more regains a game than at the same stage last season, up from 55 to 60. It’s no real surprise, then, that despite question marks about the form of the feted front three, the Reds’ goal return is much the same as it was last season: 23 goals after 12 games, as opposed to 24 last term.

Perhaps most interesting, however, is the shift in the average number of passes in the moves leading to Liverpool’s goals. In the first 12 games of last season, they averaged 2.9 passes per goal and didn’t even once go into double figures for any goal. This season, they have already scored six goals from moves of 10 or more passes, and the average has almost doubled to 5.4 passes per goal. Liverpool can still score from deadly transitions, but they are now starting to show they can strike from sustained spells with the ball too.

Alisson
In his first 12 Premier League games for Liverpool, the club’s new Brazilian goalkeeper has faced every opponent in the supposed top six apart from Manchester United – and so far he has passed the test.

In truth, and mainly as a result of the team’s improved defensive structure, Alisson (above, left) has yet to be consistently tested. He has kept seven clean sheets from 12 starts, but in eight of those games he has produced no more than two saves. That said, 20 of his 25 Premier League saves have come when the scores are tied, or there is a single goal separating the teams – thus underlining his reputation as a keeper who makes crucial saves in big moments.

It hasn’t been the perfect start, of course. His ability in possession – a huge improvement on both Loris Karius and Simon Mignolet – reached overconfidence with one absolute howler that led to a goal in the 2-1 victory over Leicester City. On top of that, he has occasionally looked uncomfortable when coming to punch crosses – his mistimed effort against Arsenal (below) could have led to a goal for Henrikh Mkhitaryan or even arguably a penalty. Future opponents may look to test this further, but it has still been a very positive start for this potentially outstanding goalkeeper.

Mo Salah
Although the Egyptian technically made his Premier League debut with Chelsea, his first season at Liverpool can be considered his breakthrough campaign. His 32 goals and 10 assists from 36 league matches last year was a phenomenal return.

Salah’s slightly more modest return of six goals in 12 isn’t quite as electric as last season – he was on nine at the same stage – but he has directly provided four points from his side’s single-goal victories over Brighton and Huddersfield. He remains Liverpool’s joint top-scorer in the league, and has created more chances for his teammates than anyone else in the first-team squad.

More consistent spells from the right – rather than as the central striker – will benefit Salah, as movements from Sadio Mane, Roberto Firmino and Andy Robertson (below) among others are just as crucial to creating space and chances for the Egyptian as his own intelligent running.

Tactical
Liverpool have mainly utilised a 4-3-3 structure, with Klopp occasionally reshuffling his pack into a 4-2-3-1 to accommodate Xherdan Shaqiri. In both formations, they have frequently demonstrated the use of a false full-back – most often from their left.

In order to push Andy Robertson higher, and simultaneously create more space for central runners to penetrate, one of Liverpool’s central midfielders drops into the back line, to the side of the centre-back pairing. This maintains a strong back line of four should possession be lost, with the centre-backs defending the central channel rather than splitting to accommodate a dropping central midfielder.

When Robertson advances, it makes perfect sense for this false full-back to be James Milner – arguably one of the most versatile players in Premier League history, who spent much of his early time at Liverpool at left-back. Milner’s comfort on the ball and in defensive scenarios allows the adventurous Robertson total freedom to attack as deep as he likes. When Klopp has used Adam Lallana on the left, Liverpool can rotate which player drops into this false full-back position (below), as both Lallana and Milner are comfortable with the ball in these areas. This adds an air of unpredictability about Liverpool’s rotations on this side, although Lallana’s form when used hasn’t been anywhere near the levels needed to see him threaten Sadio Mane in that role.

On Liverpool’s right, Trent Alexander-Arnold isn’t always afforded this luxury. Still only 20, the young England international has been less consistent with his final deliveries than Robertson in the early stages of the season. On top of that, Alexander-Arnold is often playing behind Mo Salah – who, even when starting on the right, is almost always Liverpool’s highest attacker. The onus is therefore on Alexander-Arnold to provide a much stronger, deeper defensive presence on that side.

Despite their apparently greater versatility of approach, Liverpool are still looking to rapid transitions for a good proportion of their goals. Match-defining counter-attack goals against the likes of Fulham and Crystal Palace give evidence of this, while the intensity of their press higher up the pitch remains. With one of the central midfielders stepping out to support the front three during a press, it is difficult for central opponents on the ball to find a pass out of danger – particularly with the remaining central midfielders blocking any forward options. Liverpool’s single goal at home to Brighton, which started with Milner robbing Yves Bissouma (below), displayed this perfectly.

Strength in depth
As discussed above, Liverpool added to their squad in key positions over the summer – but extra depth was also required if they wanted to challenge on multiple fronts. For the first time in their recent history, it could be argued that they have good cover across the pitch.

Defensively they have great variety, with first-choice centre-back Joe Gomez – arguably their player of the season so far – able to slot in pretty much anywhere. Both preferred full-backs have regular competition – Robertson from Alberto Moreno and Alexander-Arnold from Nathaniel Clyne – while the likes of Dejan Lovren and Joel Matip are available should anything happen to the rock that is Virgil van Dijk.

Neither Naby Keita (above) nor Fabinho could be described as anything near an unquestionable success to date, but the former in particular could still be a hugely exciting long-term prospect – and in the meantime Georginio Wijnaldum is having his best season in a Liverpool shirt. Xherdan Shaqiri has been excellent when called upon, although Klopp’s shift to a 4-2-3-1 to accommodate him has not always brought the best out of Firmino. A fit and healthy Daniel Sturridge has also provided a fantastic attacking option from the bench, as his equaliser against Chelsea showed perfectly – although the manager will not have welcomed his recent brush with the FA over breaching rules on betting.

The Reds clearly cannot yet claim to be the equals of Manchester City in terms of squad depth, and there are still a number of key players – Alisson, Van Dijk, Robertson, Salah, Firmino – without any of whom they would look significantly weakened. But they are closer to City than they were last season; the longer they can keep the pressure on the champions, the more belief will grow that their long wait for a title could yet be coming to an end.