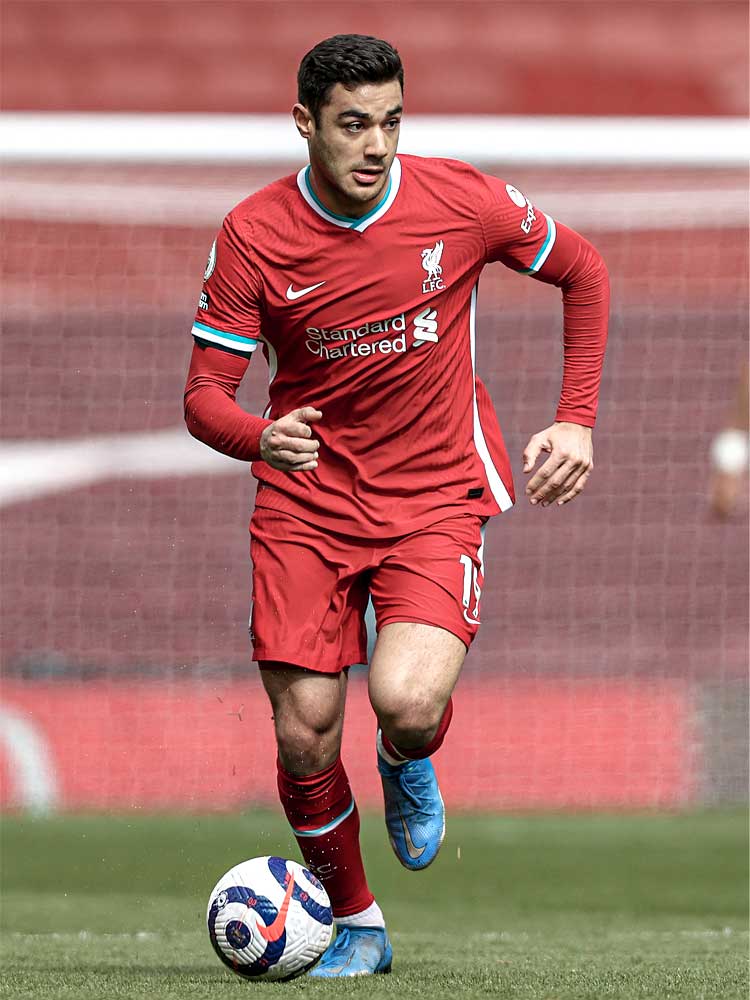 Profile
Ozan Kabak returned to Schalke after Liverpool decided against making his six-month loan deal permanent at the end of 2020/21. Having joined Ben Davies as one of two central defenders to sign for the injury-hit Liverpool in the January transfer window, the Turkey international played a significant role in the second half of the season. Liverpool used a Premier League high 16 different central defensive combinations over the course of 2020/21 – only three different combinations started more than three times together, and Kabak’s inexperienced four-match partnership with Nat Phillips was the third most-used, indicating just how bad Liverpool’s injury problems were.

Kabak’s wasn’t the smoothest of introductions to Premier League football, but despite his team’s struggles he has certainly proved himself capable of playing at the highest level. “He is a young, young, young boy with incredible experience already,” said Liverpool's manager Jürgen Klopp. “We could all see when he arrived he needed a bit of time to adapt, but he played some super games for us.”

Tactical analysis
Kabak is a proactive defender who is particularly strong at moving away from his team's defensive line to compete for the ball. His instinct to challenge his opponent means he has learned when to retain his position or when to commit to a duel, cover behind a teammate, or even push into midfield. When moving out to press into wider territory – particularly after forcing play away from the centre of the pitch – he effectively uses the touchline by quickly shutting off the space his opponent has to operate in.

His upper-body strength is a big asset both when duelling and when defending wide, when he uses his arms and his significant frame to move across his opponent – particularly if that opponent is attempting to knock the ball past him and beat him for pace (below) – to block his opponent off, or to shield the ball until clearing or until he has found a suitable passing option. As is perhaps to be expected of a right-footed player of his age, he is more confident when duelling and tackling with his right foot, even if that means stretching to make contact with the ball. He is also authoritative in the air, often through aggressively attacking balls that drop in front of his team's defensive line, and is similarly effective when defending against crosses.

Kabak can perform just as well on the left side of central defence as he does on the right. However, as he is stronger with his right foot, he is better at carrying the ball when playing as a right-sided centre-back, favours combining with teammates through the right inside channel, and can also effectively switch play towards the left. He is naturally far less comfortable when trying to play from the left side of defence into the left channel.

He has good passing ability, and there exists a variety to his distribution, when he is able to ignite attacks with fast, vertical passes (below), to retain and recycle possession through his central defensive partner, or simply to pass into the relevant full-back. Given his confidence with the ball at his feet, he is content to step out with it and into midfield when the chance to do so is presented to him.

The accuracy of his passing could regardless improve, but his speed of pass is consistent, and contributes to a useful ability to break lines. Another weakness that he needs to improve if he is to fulfil his potential is the intelligence he shows when he follows an attacker into deeper positions, because he can struggle against those capable of turning and accelerating at a speed he cannot match.

When he does commit to following an opponent (below), he needs to make sure that they do not get away from him, even if that sometimes means bending the rules or conceding the occasional free-kick. Closer to goal, he is also sometimes overzealous in his attempts to block shots, and can be beaten if an attacker is alert to that and therefore quick to turn.

Role at Liverpool
During his loan spell at Liverpool, injuries meant that Kabak was unable to develop a strong partnership with any single central defensive partner. He was repositioned depending on the identity of that partner – playing on the right when alongside Jordan Henderson, and on the left when with Nat Phillips or Fabinho. Klopp was rarely able to pick a consistent defence, and consistent form among their defenders therefore proved hard to achieve.

Kabak is comfortable enough on the ball that he quickly took to Liverpool’s style of play, and proved capable of bringing the ball out of defence and of starting attacks by distributing effectively into midfield or out to their full-backs Trent Alexander-Arnold or Andy Robertson, who carry so much of Liverpool’s attacking threat. He showed a good reading of the game and was content to maintain the high line Klopp likes his team to adopt, remaining ready and willing to step forward and engage with an attacker who looked to receive a pass in front of him. Liverpool play in such a way that they need their central defenders to win back clearances as quickly as possible so that they can launch another wave of attack and maintain pressure on the opposition’s defence, which ultimately suited Kabak.

Their high line and the advanced positions their full-backs take also invite opponents to target the space in behind them, however –  a potential weakness that can be exploited with the right pass even when their first-choice defence is fit, should the opposition beat Liverpool's press. A good starting position and a quick recovery run can mean Liverpool are able to cope with such a threat, but Kabak was caught out of position too often, and he doesn’t have the pace to recover (above). Against high-quality attackers in the Premier League, that led to too many goals being conceded.

When the opposition broke at speed, Kabak struggled to backtrack quickly enough, and also did not show a strong enough instinct to cover around his teammates to protect the space behind them if they were beaten. That, too, led to Liverpool conceding.

It proved a tough introduction to the Premier League for Kabak, but he will have learned valuable lessons that will make him a far better footballer. He still, despite some struggles at Anfield, has a bright future.