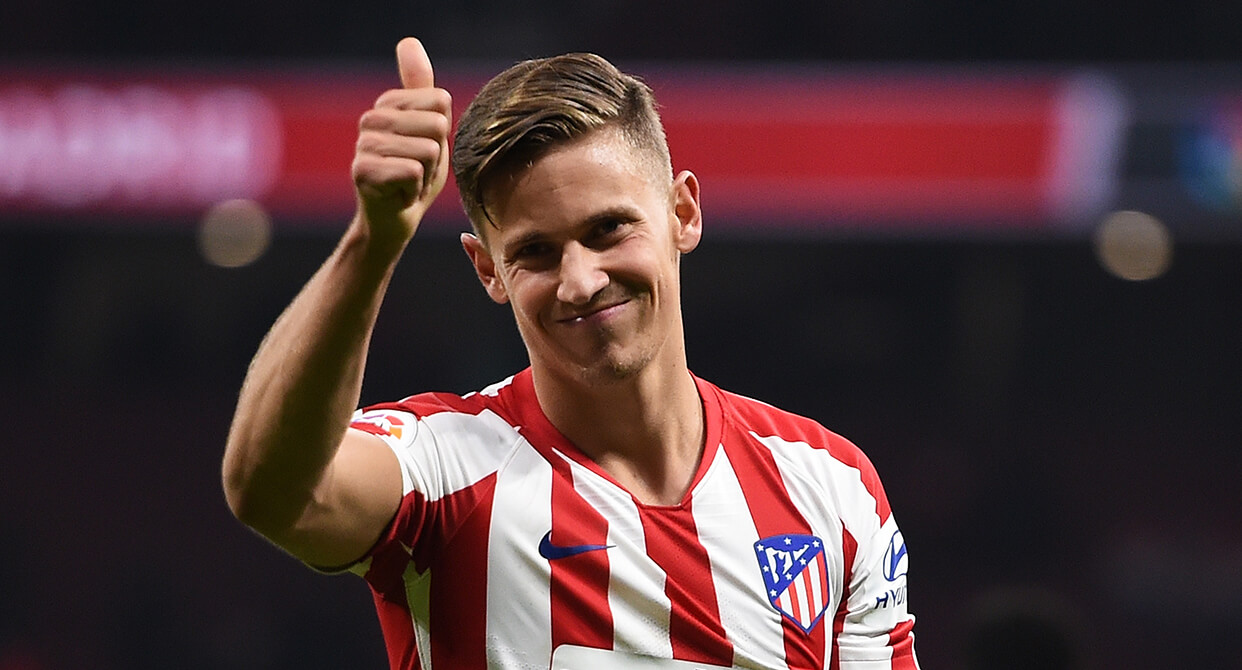 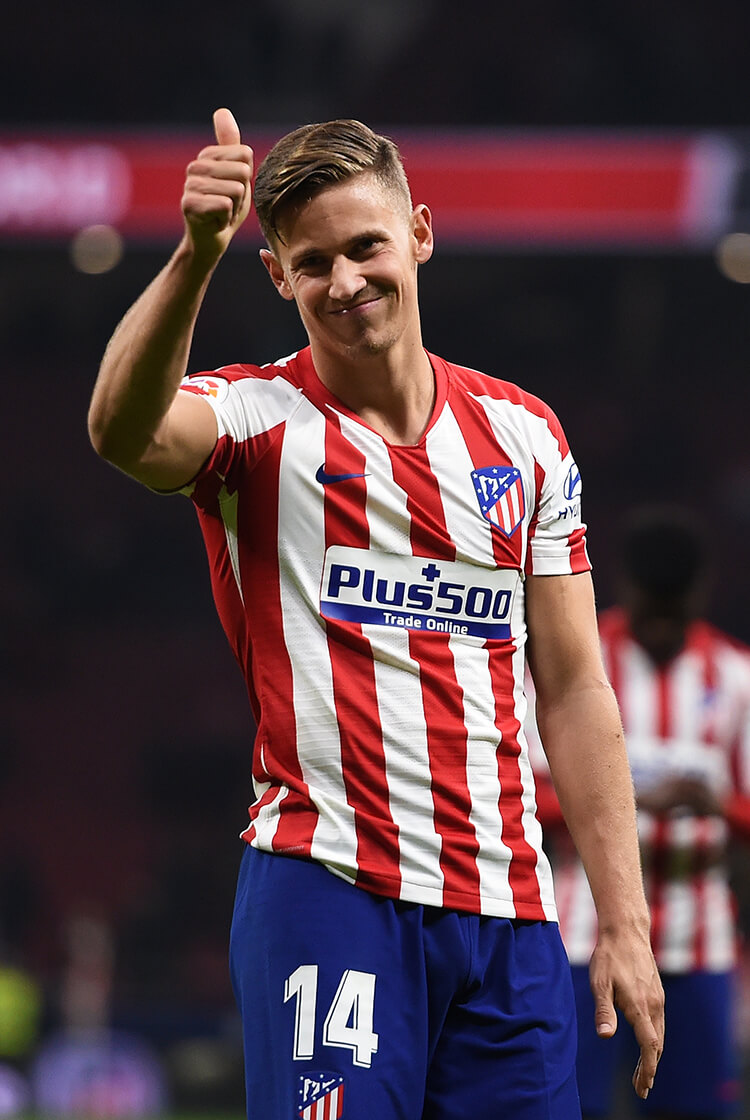 Profile
Having struggled to earn a regular starting spot in Real Madrid's first team, Marcos Llorente decided in the summer 2019 to leave the club he had been at since the age of 13. In doing so, he ended an 11-year stay at his boyhood club, and did so in controversial fashion – Llorente moved across the Spanish capital to rivals Atlético Madrid. Originally signed as a defensive-midfield replacement for the Manchester City-bound Rodri, Llorente failed to convince there, but Atlético's manager Diego Simeone has since had success fielding him further forwards following a sensational performance in an attacking role against Liverpool in the Champions League in March 2020. Spain manager Luis Enrique has also rewarded Llorente's form by handing him his first call-up to the national squad.

“He is an all-round player,” says Simeone. “He can play anywhere on the pitch – on the wing, as a second striker. After seeing how he worked in training, we tried to put him higher up the pitch and we found different characteristics to our other forwards.”

Tactical analysis
With a complete game and relatively large frame at 6ft tall, Llorente is able to play in a variety of positions, and he should not be constrained to the definition of a purely attacking or defensive midfielder. He is the epitome of a modern footballer – able to do both roles simultaneously and effectively.

Depending on his position on the pitch, he will adjust his movements to the demands of the role that he has to play. Given he has the ability to provide individual skill while maintaining his position in an organised framework, he is useful both in and out of possession.

Llorente is a hugely intelligent footballer who is brilliant at identifying space (below), both to move and pass into. His passing is not his greatest strength, but he has the ability to identify space and use it to provoke a reaction in the opposition, a result either of a player following him, or by receiving a pass in the central channels and moving the ball on quickly, increasing the threat of his team’s move.

When he plays in front of another defensive pivot, he takes advantage of another of his qualities – the ability to carry the ball, through which he improves his team’s counter-attacks. In dribbling forward, he draws attention towards the ball and in turn creates space for his more talented, and therefore more dangerous, attacking teammates further forwards and wide. After releasing the ball he supports their attack in a central position, and plays a key role in attacks either as a player through which possession can be recycled, or by attacking the edge of the penalty area.

Role at Atlético Madrid
The attacking side of Llorente’s game garnered attention on the global stage in the away leg of their last-16 Champions League tie at Liverpool, during 2019/20 (highlights above). Llorente produced a sensational performance, almost as a second striker, and that match has proved something of a turning point in his career.

He demonstrated that he has the potential to change the dynamics of a match with his energy and, playing in what was a new position for him up front (below), he moved freely in search of space. He worked tirelessly throughout, and made many runs beyond the other striker, maintaining the intensity of Atlético’s attacks and bursting forwards with real purpose.

At Real he had a more specific role in midfield, where he had to submit to the individual qualities of his midfield teammates, preventing him from being able to express himself in attack. He was even required on occasion to play as a defensive midfield screen in front of their central defenders. He also played in that position at Atlético, but he rarely shone there, and he struggled to establish a regular place in their starting XI, remaining behind Koke, Lucas Torreira, Héctor Herrera, Saúl Ñiguez and Thomas Partey, before the latter's move to Arsenal.

In that position as a defensive midfielder, he showed a good understanding of the game, taking up a consistent position that meant he protected key central areas and blocked off central passing lanes, as well as providing a passing option when their defence had the ball (below). He regularly won possession, but usually as a result of his anticipation and positioning rather than winning individual duels, though he wasn't reluctant to make challenges when he needed to. That ability to recover possession freed up his more offence-minded teammates to concentrate on attacking.

He did well enough in that position, but he has gone from strength to strength in a more attacking position, playing either on the right side of midfield or up front in a 4-4-2, or on occasion as one of two number 10s – along with João Félix – behind a lone centre-forward. His reading of the game helps him thrive further forwards where, as a second striker or occasionally on the right side of midfield, he also makes an important defensive contribution. His mentality, stamina, and the intelligence with which he plays make him exceptional when Atlético apply a high press. He defends with an aggression and intensity that makes him perfectly suited to one of Simeone's teams.

When he recovers the ball high up the pitch, he is effective at quickly launching an attack, either through carrying the ball forwards or by playing a forward pass to release a teammate. Whether playing centrally or on the right, he has the ability to find another Atlético player who might be in a better position.

Having received his first call-up to the national team in November 2020, he is clearly attracting attention – and not least from Enrique – for the right reasons. Simeone deserves huge credit for noticing how best to get use of Llorente’s talents, and both Atlético and Spain are reaping the benefits.