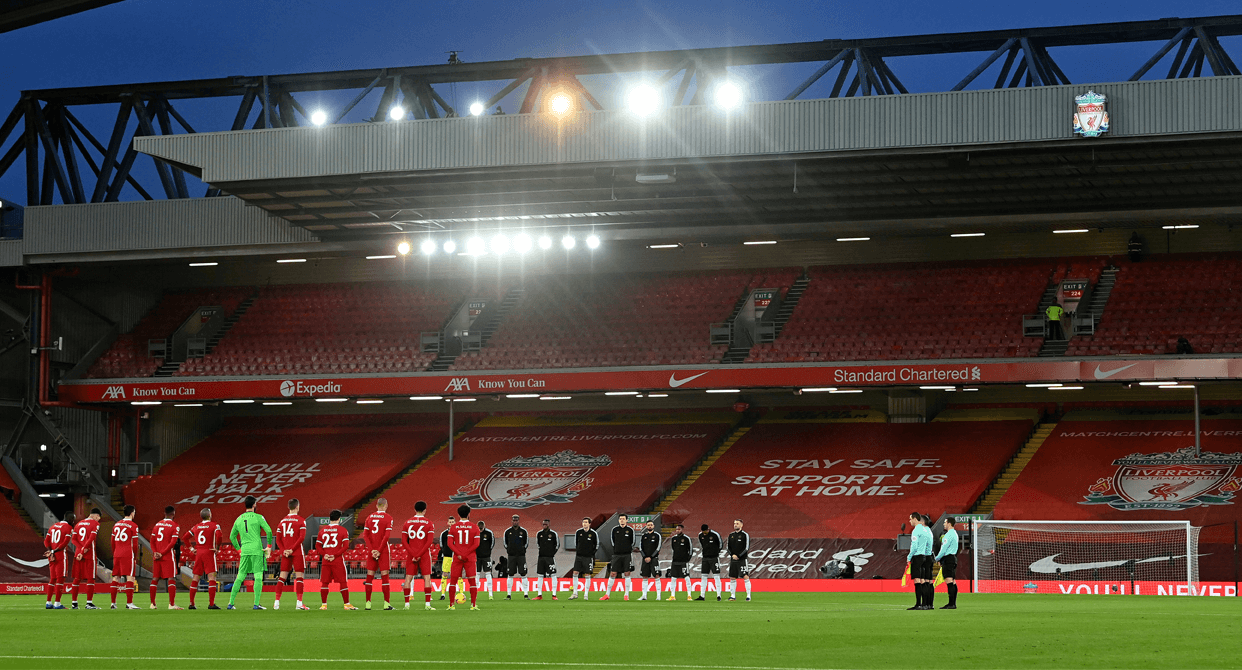 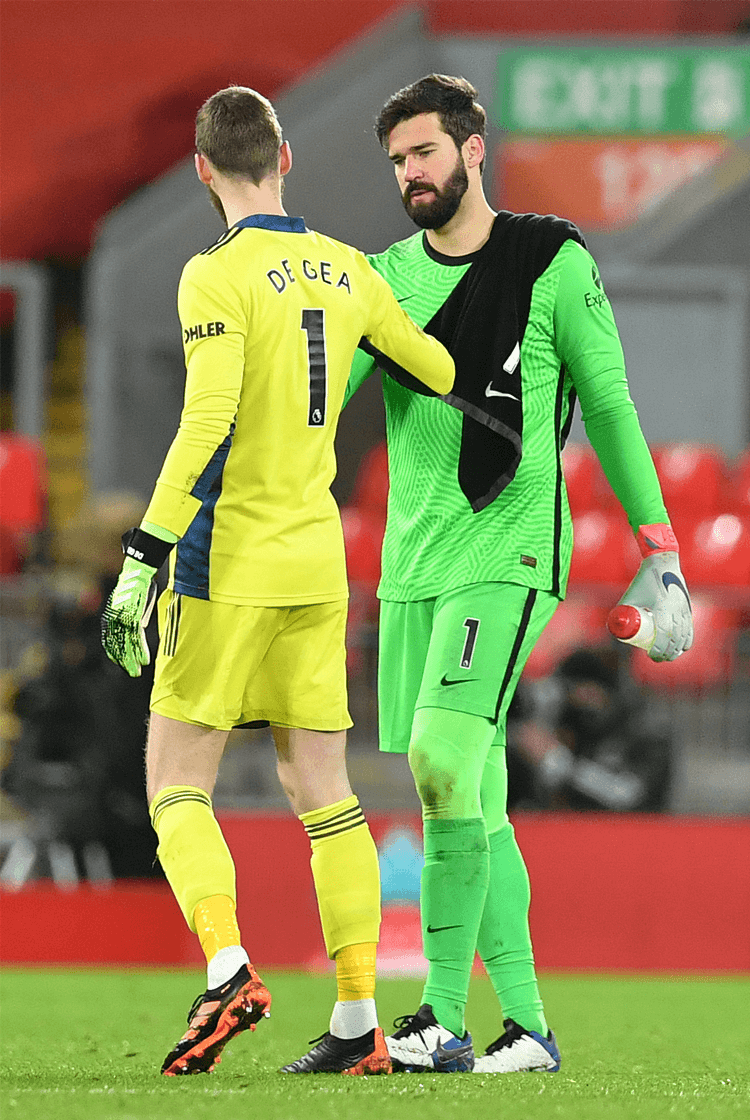 Liverpool held Manchester United to a goalless draw at Anfield as the reigning Premier League champions slid to fourth in the table, and three points behind their rivals, who remain first. If a bigger concern may be Manchester City climbing into second, where with 35 they have an additional point over Liverpool having played one fewer fixture, their manager Jürgen Klopp will be similarly aware that securing a clean sheet against a team with such attacking potential, with an injury depleted defence, represents a positive. "It was an opportunity missed with the chances we had but then again we were playing a very good side." said United's manager Ole Gunnar Solskjaer. "I'm disappointed but, still, a point is okay if you win the next one. We have improved and progressed. It's not just the result we're disappointed with, it's some of the performance. I know these boys can play better." Klopp said: "The performance was good and the first half was exceptionally good. With all the things that were said before the game – United are flying and we were struggling – and then to play this kind of game, I was happy with that. We tried in the second half again, but you cannot deny United over 90 minutes, not with the counter-attacking threat they have." 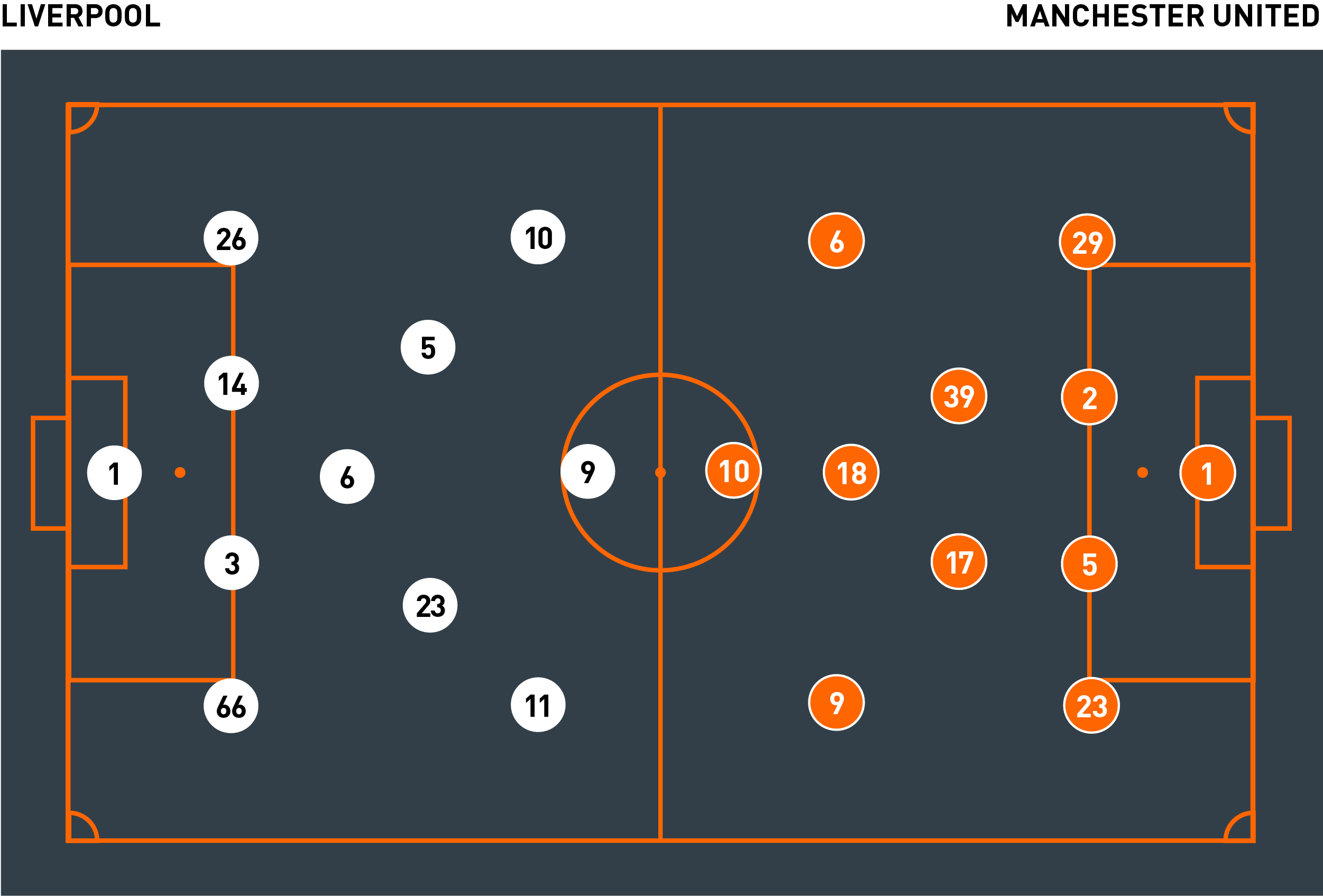 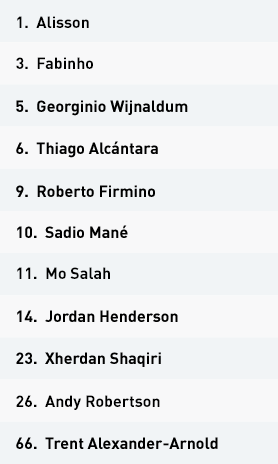 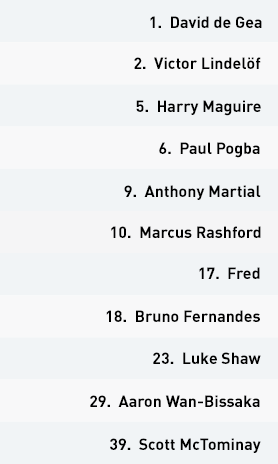 Liverpool were organised into a 4-3-3 formation by their manager Jürgen Klopp, who again had to perservere with two central midfielders, Fabinho and Jordan Henderson, in central defence, behind Thiago Alcântara. Their opponents, Manchester United, defended with a 4-4-2 in which Bruno Fernandes and Marcus Rashford formed their front two.

United alternated between pressing high and using a mid-block, and were confronted with having to negate the three-on-two that existed against them in central midfield. Fernandes and Rashford operated closely to Thiago, both when they were pressing and in their mid-block, in an attempt to counter that underload; Liverpool, in turn, recognised that if possession was played to their full-backs then Thiago was no longer in the cover shadow of United's front two, who instead pressed forwards and were less effective in negating access to him.

The visitors' wide midfielders adopted narrow positions to, where possible, occupy Liverpool's wider central midfielders and therefore free up Fred and Scott McTominay to remain in front of their back four – not least given the threat posed by Roberto Firmino and Sadio Mané withdrawing into deeper positions. Those same wide midfielders also moved to press Liverpool's full-backs if distance didn't allow the full-backs behind them from doing so, and to screen passes infield to the central midfielders they were occupying.

Throughout the first half existed a pattern of Liverpool attempting to create and find a free midfielder. Thiago sought to commit opponents towards him to free up a teammate or to feed a teammate if he was already free. With Anthony Martial less convincing at recovering to take an opposing midfielder, Xherdan Shaqiri regularly received wide of McTominay and Fred.


Towards the left, Georginio Wijnaldum and Mané used contrasting movements to create space and threaten the balance of United's defence. Passes to Andy Robertson triggered a penetrative run from Wijnaldum and Mané moving short; possession would most commonly be played to Mané's feet, at which point he sought to combine with Firmino or Thiago to create the next action.

A similarly common move involved Thiago withdrawing to create a three-on-two in central defence while Robertson and Trent Alexander-Arnold advanced to create a 3-4-3, and better access to the half-spaces; one of that back three then carried possession out of defence to create a two-on-one further forwards. It was when they reached the final third that Liverpool had reduced success.

Mané and Mo Salah offered runs in behind, and Firmino moved deeper and arrived late, but United's defenders defended well against them doing so. Luke Shaw was particularly impressive when defending, one-on-one, against Salah, who he regularly stopped attacking infield on to his favoured left foot. Harry Maguire also impressed at defending the spaces in behind when Liverpool attempted early, long passes.

Klopp's team created their better quality chances when they played forwards quickly. United's narrow structure meant that Liverpool's full-backs were often free to attack, particularly when the wide forwards in front of them occupied United's full-backs; what instead undermined the hosts was the pass out to those full-backs, that full-back's delivery, or the finish.

Manchester United again adopted Ole Gunnar Solskjaer's long-favoured 4-2-3-1 formation that on this occasion was led by Marcus Rashford, who was supported by Paul Pogba, Bruno Fernandes and Anthony Martial. Liverpool remained in their 4-3-3.

United were content to concede possession and to instead target attacking on the counter. When possession was turned over they immediately sought to release their front four into the spaces in behind. Liverpool operated with a high defensive line and had two central midfielders in central defence, convincing Solskjaer that they would be vulnerable.

If United instead built to the left, Mané instead closed down Victor Lindelöf, and Mo Salah advanced to pressure Maguire and David de Gea. Behind him, the ballside midfielder or full-back moved to press the relevant United full-back, and Firmino prioritised the opposing ballside midfielder. United's other central midfielder was often left free, but was not easily accessed.


Complementing their pursuit of counter-attacking opportunities, United also tried to access spaces in behind at an early stage in possession. Too often, however, the timing of the pass and the run behind made were not in sync, even if those runs were becoming increasingly threatening and therefore likelier to succeed. Liverpool's awareness of that meant that they started to apply a ball-oriented counter-press, from all angles, intended to force the in-possession opponent to look down and not see the passing options available to him.

Even when United were established in possession, they continued to favour speed of play to disrupt their opponents' sense of organisation and to progress the ball. A common pattern involved their wide midfielder making diagonal runs inside the far-side full-back and drawing an opponent, and an additonal runner moving into the newly created space; goalscoring chances of a superior quality were sometimes created, but still not taken.