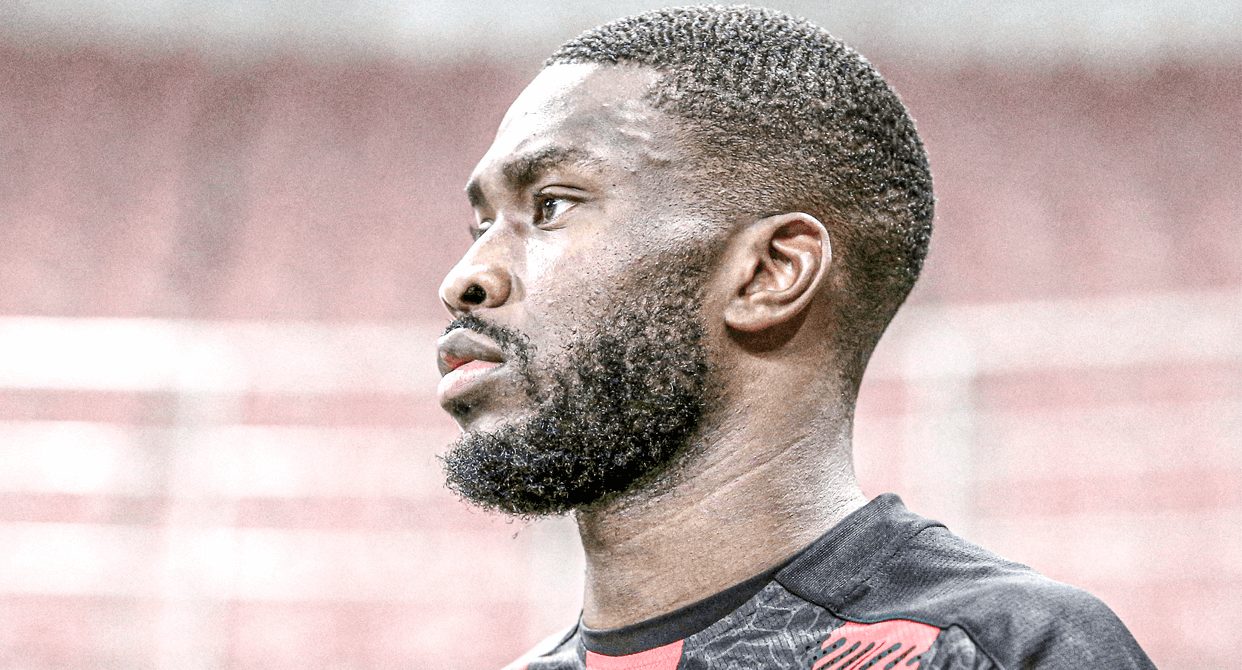 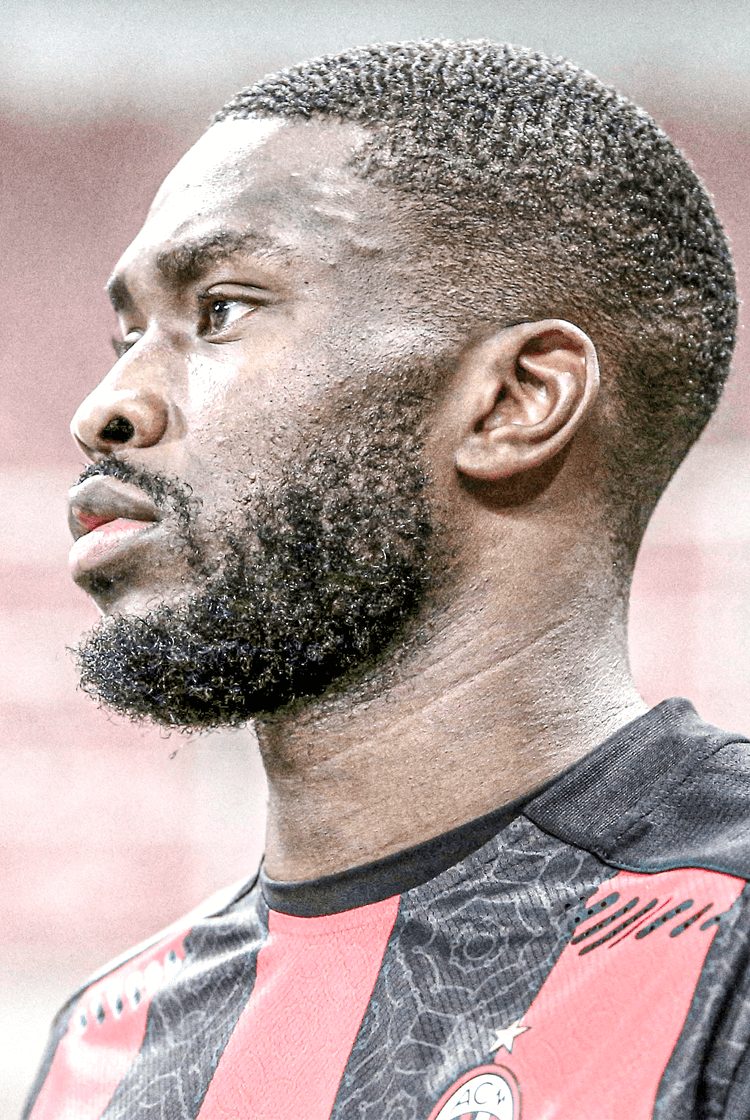 Profile
Fikayo Tomori left Chelsea in a long-term loan deal for the third time in four seasons when, at the age of 23 in January 2021, he agreed to join AC Milan in a deal that included the option of his move being made permanent for £26.6m. Struggling to establish himself amid competition for places with the more experienced Thiago Silva, César Azpilicueta, Antonio Rüdiger, Andreas Christensen and Kurt Zouma, he left for the more regular first-team football he also once secured at Derby County and Brighton.

Milan may not be the power they once were, but it perhaps remains significant that Silva and Paolo Maldini, two of the finest defenders of the modern era, produced their best football there, and that two others in Jaap Stam and Alessandro Nesta also succeeded in their famous red and black. "Tomori is a good talent," Maldini said. "We have a buy-option clause."

Tactical analysis
Tomori has experience of playing as both the right-sided and left-sided, and as the first and second, central defender. As the second his impressive speed makes him capable of covering those running in behind and of defending against crosses towards the far post; as the first he is proven at regularly advancing to engage attackers and to block crosses directed towards the near one.

His patience and control impresses when he is the first defender, when he delays attacks as part of an underloaded defence, and defends against counters or moves to block shots. If he can consistently apply that same patience to when he is tracking opponents making runs in behind, when he has been known to prematurely engage when he could instead delay the attack and buy time for his teammates to recover their defensive positions or force the ball away from goal without going to ground, he can be even more effective.

It regardless remains his preference to engage early with his opponent – perhaps to intercept passes into that opponent as a strong, front-footed defender, and to regularly step ahead of him. His strength and explosive qualities enhance his ability to do so, and similarly complement his efforts to track those making attacking runs because of the speed with which he can match that run.

He offers the same potential when both covering full-backs (below) and defensive midfielders, when his quick reactions support his recognition of the next phase of attack he needs to be wary of. That anticipation extends to follow-up moments and him therefore adopting the correct position to support from behind or alongside his defensive teammates – when his proactivity means him engaging and duelling with both intelligence and power.

It is when skilled attackers quickly shift the ball to one side before releasing it off their second touch that that proactivity (below) in vacating his position works against him. By him aggressively advancing that attacker is presented with the opportunity to progress into the space he has left before he can adjust by decelerating and repositioning his feet as the ball is moved.

When he has the ball at his feet, Tomori's range encourages him to play both long passes across the pitch and forward passes in behind opposing defences. He effectively switches, with both feet, the ball to those making forward runs in wide positions on the far side of the pitch, but his more vertical passes are more accurate when played with his right. If playing possession over shorter distances he can also impress by breaking lines with disguised passes across opponents, or straight ones hit with greater authority. He is also regularly willing to receive the ball from those around him – even while under pressure – and to that end supports his goalkeeper, too.

Role at AC Milan
During his time in Milan, Tomori has regularly partnered either Simon Kjaer or Alessio Romagnoli in central defence. If alongside Kjaer at the base of their 4-2-3-1 (below) he is the left-sided central defender; if alongside Romagnoli he is towards the right. He has so far proven less effective in the air than either of his central defensive partners – Tomori is more comfortable, aerially, when unchallenged, whereas Kjaer and Romagnoli often succeed in duels – but averages more tackles and interceptions because of his focus on passes and combinations being attempted through central territory.

The variety of attacker Milan have encountered has demanded Tomori perform as both the secondary central defender who covers behind, and the leading defender who seeks to be the first to engage in the central lane. Regardless of who is alongside him or the side on which he is defending, he both defends and duels effectively as an individual; should opponents prioritise short combinations, Tomori is regularly the defender to step out and engage.

Should opponents instead target a backwards-moving attacker via an aerial delivery, Tomori instead remains withdrawn to cover against those running in behind, when his speed is particularly valuable. If they attempt direct balls over Milan's defence, Tomori then seeks to cover around the second phase of the forward pass, when the other central defender is likelier to have challenged for the ball in the air. There are also occasions when opponents prove more difficult to read, and when he is therefore required to provide secondary cover against shorter passes.

Milan retain the potential to reorganise to temporarily defend with a back three, most commonly via one of the defensive midfielders – Franck Kessié and Sandro Tonali are their two most senior – in their 4-2-3-1 withdrawing into central defence. When they do so, Tomori is encouraged to advance with possession into midfield (below), and to play forward passes from the inside channels when, with the relatively immobile Zlatan Ibrahimovic and Hakan Calhanoglu his most common targets, he attempts playing into them instead of delivering balls to where they can be run on to.

Milan's influential left-back Theo Hernández regularly seeks to advance, and often their wide forwards to attack infield. Tomori's ability, therefore, to drive out from defence and play forward passes that beat the pressure their opponents are attempting to apply has become important to their build-up play – particularly when deployed as their left-sided central defender.

Hernández's adventurous approach means that there are also occasions when Milan adopt a back three without one of their defensive midfielders withdrawing to contribute to it. When that is the case, Tomori largely resists dribbling forwards, and instead focuses on playing the ball.