Preview
After a busy midweek set of fixtures and more managerial changes, Fantasy Prem bosses at least get another chance this weekend. Marco Silva may have been dumped by Everton after their Anfield mauling, but his former charges begin the weekend with a home fixture against Frank Lampard’s Chelsea – themselves back to form against Aston Villa in midweek – in the Saturday lunchtime kick-off.

At 3pm, Hayden Mullins’ interim role at Watford continues with a home game against Crystal Palace, while José Mourinho and Tottenham will hope to return to winning ways when they host Burnley. Jurgen Klopp and Liverpool are back in action away at Bournemouth, where they have registered 4-0 victories in each of the past two seasons. The Saturday evening kick-off looks to be the pick of the weekend’s games, however, as Manchester United make the short trip to face rivals and defending champions Manchester City at the Etihad.

Then there’s Monday night, when under-pressure Manuel Pellegrini plays host to Freddie Ljungberg as West Ham play struggling Arsenal at the London Stadium. It’s in the north of the capital, however, that we find our suggested skipper for the weekend.

Dele Alli has shown significant improvement in his performances and returns since José Mourinho’s arrival at Tottenham. In possession, Spurs typically push Serge Aurier high on the right and Lucas Moura inside alongside Alli; this in effect creates a 3-2-4-1 structure, with Son Heung-min on the left and Harry Kane up front. Kane will likely look to drop towards the ball as Spurs build, which gives Alli licence to push on and make runs in behind (below). 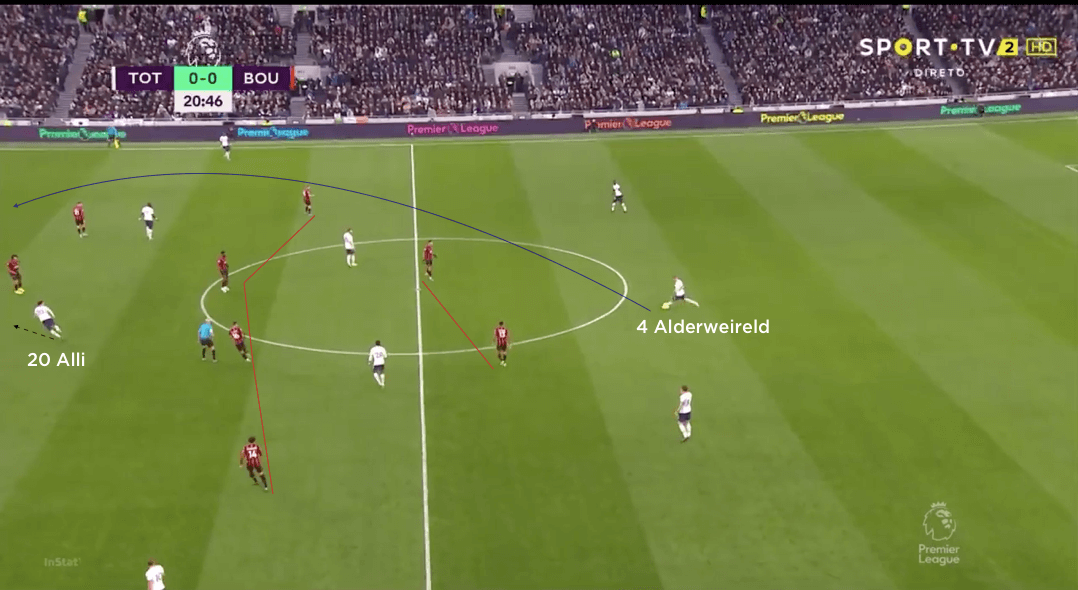 Weekend opponents Burnley will most likely use their organised 4-4-2 structure to defend. If the two forwards press the Tottenham centre-backs, then the central midfielders will look to pick up Tottenham’s two deep central midfielders, leaving space between the lines for Alli to receive – particularly as Moura and Son will look to stretch the play.

If Burnley sit deeper and use their forwards to occupy Spurs’ deep midfielders, then it may be those passes in behind where Alli – with three goals and an assist since Mourinho took over – can pose the greatest threat.

Wilfried Zaha has finally found a bit of form recently, with two goals in his last three games for Crystal Palace. The tricky attacker had registered a measly zero goals and two assists in the first 12 games of the season. His impact is growing, though, and this weekend offers him a golden opportunity to cause more havoc against bottom club Watford – who actually beat Palace three times last season, including in an FA Cup quarter final – at Vicarage Road. 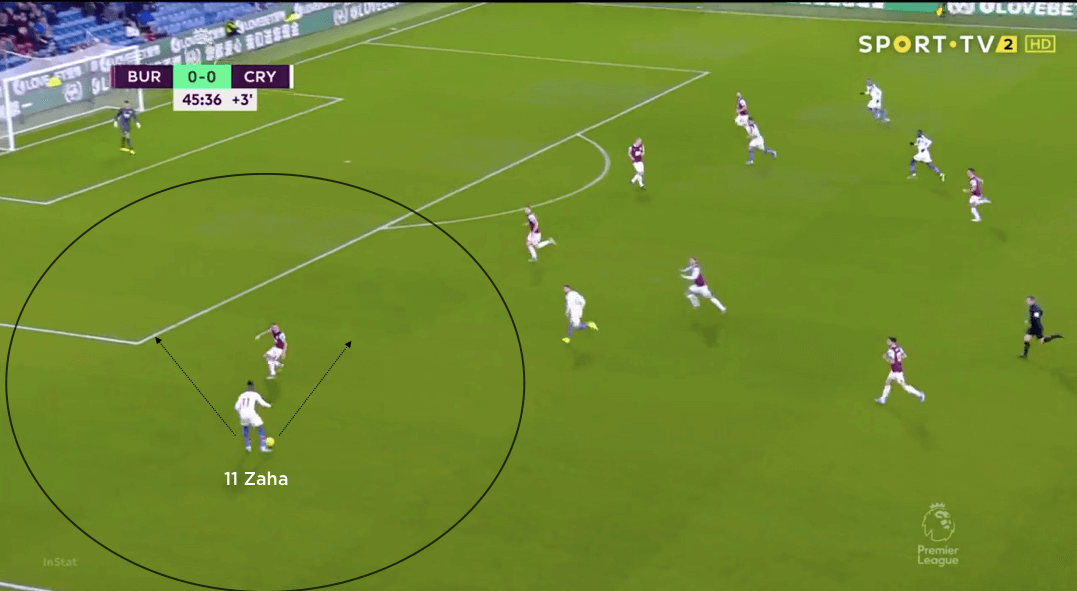 In recent weeks, the Hornets have struggled to contain players who excel in one-on-one situations: James Maddison, Moussa Djenepo, Christian Pulisic and Bernardo Silva, to name but a few. Zaha, who certainly fits that description (above), is likely to play on the left of the Palace attack – most probably against a full-back, in Kiko Femenia, who much prefers the attacking side of the game. The Watford right-back possesses good pace but struggles defensively and could find himself in for a nightmare weekend.

Despite disappointment at home to Newcastle in midweek, Chris Wilder’s Sheffield United team have had an excellent opening half of the season so far. A superbly well organised 5-3-2 out of possession, most importantly using players who suit the system, has led to a number of impressive performances and results – particularly away from home, where they remain unbeaten. The Blades’ next four league opponents, meanwhile, are Norwich, Aston Villa, Brighton and Watford. 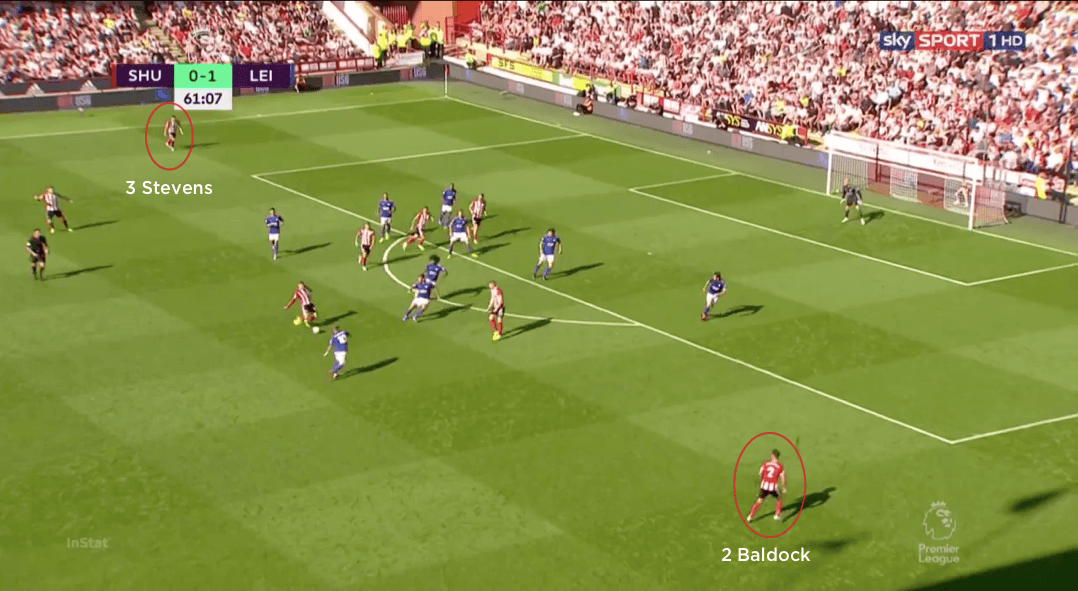 The key players for Sheffield United have been very consistent throughout the season; wing-backs George Baldock and Enda Stevens are regularly picking up assists due to their responsibility to maintain width in all thirds of the pitch (above) when United have the ball.

Midfielders John Lundstram and John Fleck are regularly seen making forward runs off the ball to arrive late into the box, while Lys Mousset is their main goal threat. The young French forward has picked up five so far this season, and will be raring to go having started on the bench against Newcastle in midweek. 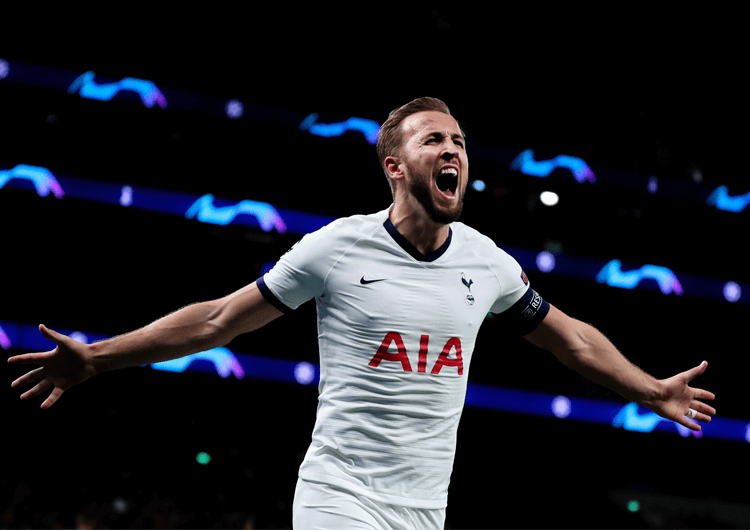 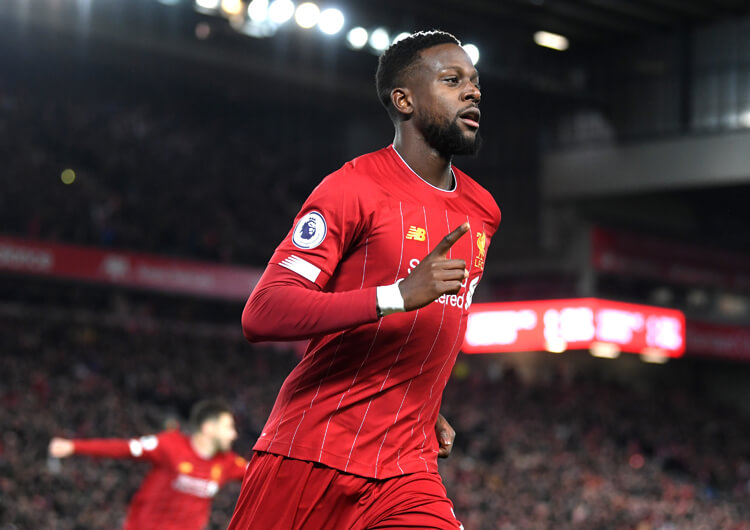 Liverpool maintained their advantage over Manchester City with a 5-2 thrashing of neighbours Everton. We analyse the tactics from Anfield