Fantasy preview: the Mané of the moment

Preview
After Liverpool dropped their first points of the Premier League season at Old Trafford last Sunday, they will look to start another winning streak this Sunday when they host Tottenham in the most intriguing fixture of the weekend. By then they may be under pressure, should a victory for Manchester City – at home to Aston Villa – have reduced their lead at the top to three points.

The Premier League weekend actually kicks off on Friday night, when the latest test of Leicester’s ambitions unfolds away at Southampton. On Saturday, Everton travel to Brighton, Watford look to secure three valuable points at home to Bournemouth, West Ham host Sheffield United, and Chelsea look to follow their superb win away at Ajax with another on the road at Burnley.

It is naturally tempting to select one of Manchester City’s many star men for a game they are widely expected to win at home to Villa, but Pep Guardiola is likely to rotate his team at the end of a Champions League week. Tottenham showed signs of improvement when they outclassed Red Star Belgrade on Tuesday evening, but Liverpool are far stronger opponents, and Mauricio Pochettino’s team have struggled defensively so far this season. 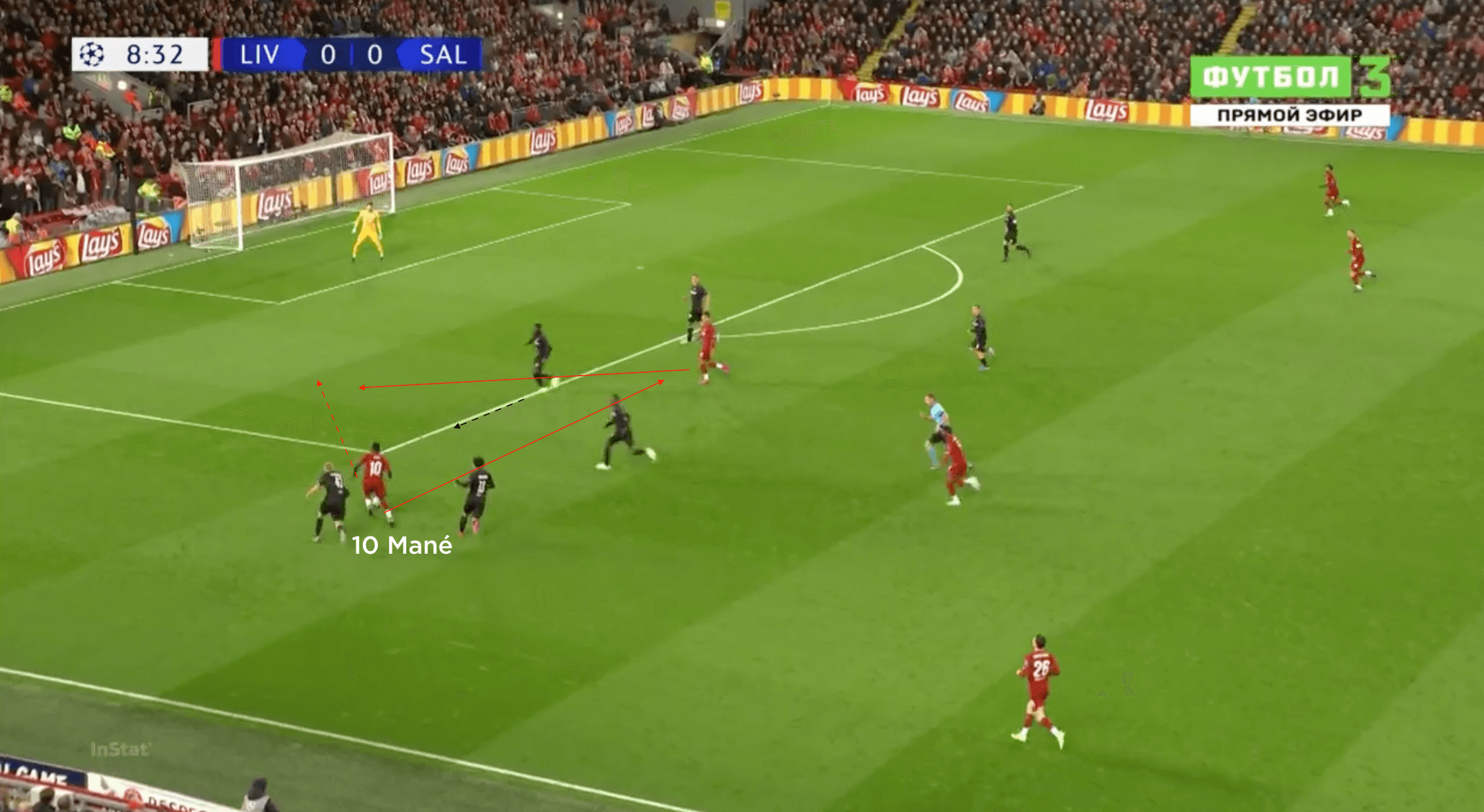 Given Spurs’ preference to use both a mid-block and a more adventurous press, the £11.8m Sadio Mané is likely to receive opportunities, particularly in transitional moments, to run in behind their full-backs (above). With Liverpool already strong creatively, and Mané a proven goalscorer against both back fours and back fives, he is almost certain to pose a threat.

Josh King often receives less attention due to the prolific Callum Wilson playing in the same Bournemouth side, but the Norwegian attacker’s record against this weekend’s opponents, Watford, speaks for itself. King has scored five goals in his last six games against the Hornets, including a brace at Vicarage Road last season. 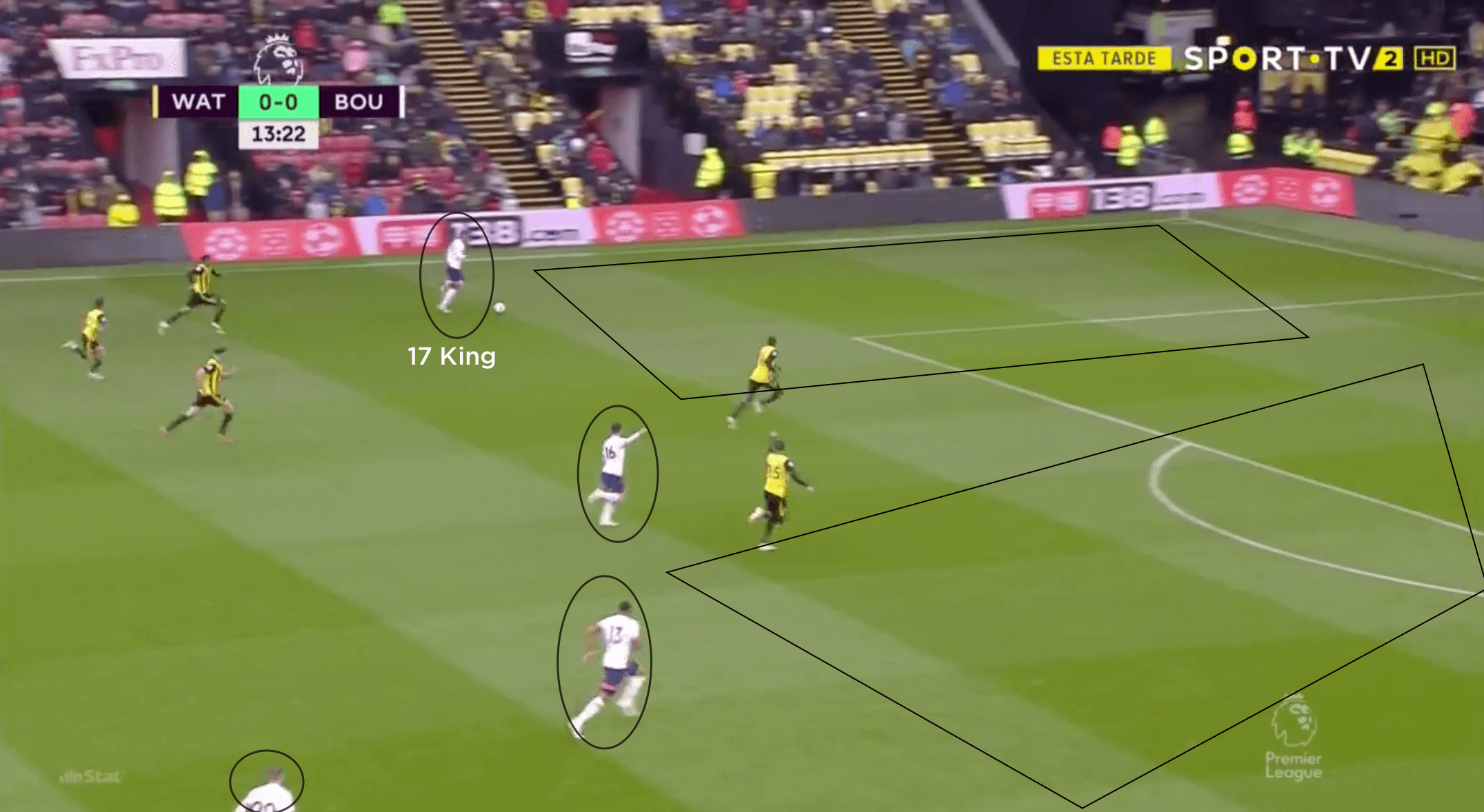 The Watford defensive line often includes the likes of Daryl Janmaat, Craig Dawson and Jose Holebas – all of whom might struggle to compete athletically with Bournemouth’s pacy attacking line. The hosts may opt for the speedier Kiko Femenia at right-back, to keep up with King, but that didn’t prove to be too successful last time out. In transition is where King will look to do the most damage (above); it is in these moments that we can see him building up a few Fantasy Prem points.

The £5.4m Chilwell possesses similar creative qualities to his opposite full-back at Leicester, Ricardo Pereira, and after a quiet fantasy start to the season he can be expected to start registering assists and taking goalscoring chances. Only Liverpool and Sheffield United have conceded fewer goals than Leicester’s eight so far during the league season; their coming fixtures, against Southampton, Crystal Palace, Arsenal, Brighton, Everton, Watford, Aston Villa and Norwich, are also relatively promising. 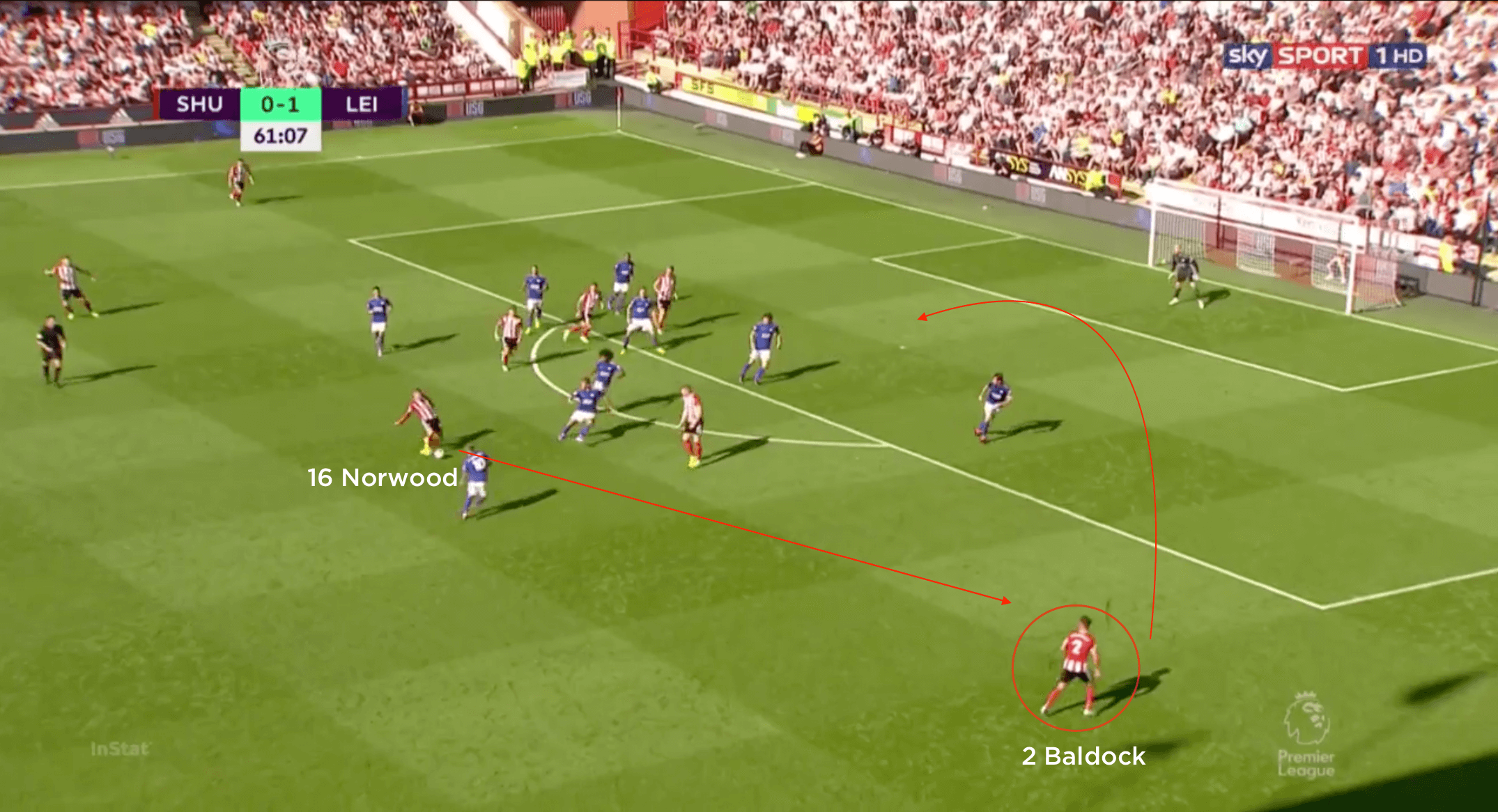 Elsewhere, Sheffield United wing-back George Baldock has been influential during their fine start to the season. Playing on the right flank, he contributes by pushing into the final third and delivering crosses into the penalty area (above), and is part of a defence that has so far proven difficult to break down. Their manager Chris Wilder will expect to take further points from upcoming fixtures against West Ham, Burnley, Tottenham, Manchester United, Wolves, Newcastle, Norwich and Aston Villa. 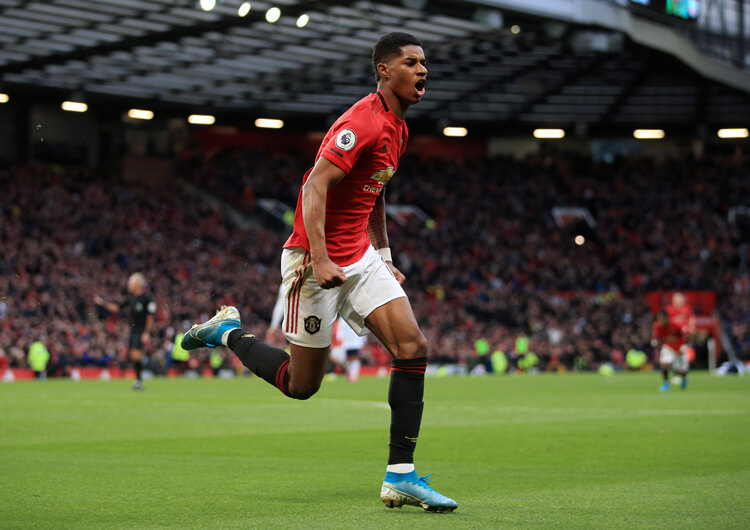 Manchester United and Liverpool shared the points at Old Trafford. Our professional coaches analyse the influential tactics that unfolded at Anfield

Naby Keïta’s goal against Chelsea suggested he is finally fulfilling his potential for Liverpool. Our professional coaches analyse his progress