Preview
For the first time in 2019/20, a number of Premier League teams have had to balance preparing for their next domestic fixture with competing in the Champions or Europa League. Friday evening’s fixture between Southampton and Bournemouth ensures an earlier Fantasy Prem deadline before, at lunchtime on Saturday, Tottenham follow a trip to Olympiakos with another to Leicester. In a repeat of May’s FA Cup final, Manchester City play Watford, while Sheffield United visit Everton, Norwich travel to Burnley and Newcastle host Brighton.

Four fixtures follow on Sunday, the highest-profile of which involves Chelsea hosting Liverpool. Aston Villa travel south to Arsenal, while Crystal Palace and West Ham are respectively at home to Wolves and Manchester United.

Perhaps the most impressive performer in the Premier League so far this season relishes playing against Watford. Manchester City’s next opponents may well be revitalised under Quique Sanchez Flores, but Raheem Sterling can be expected to continue making runs between and behind the Watford defence for the close-range finishes he often applies to balls across the penalty area (below). 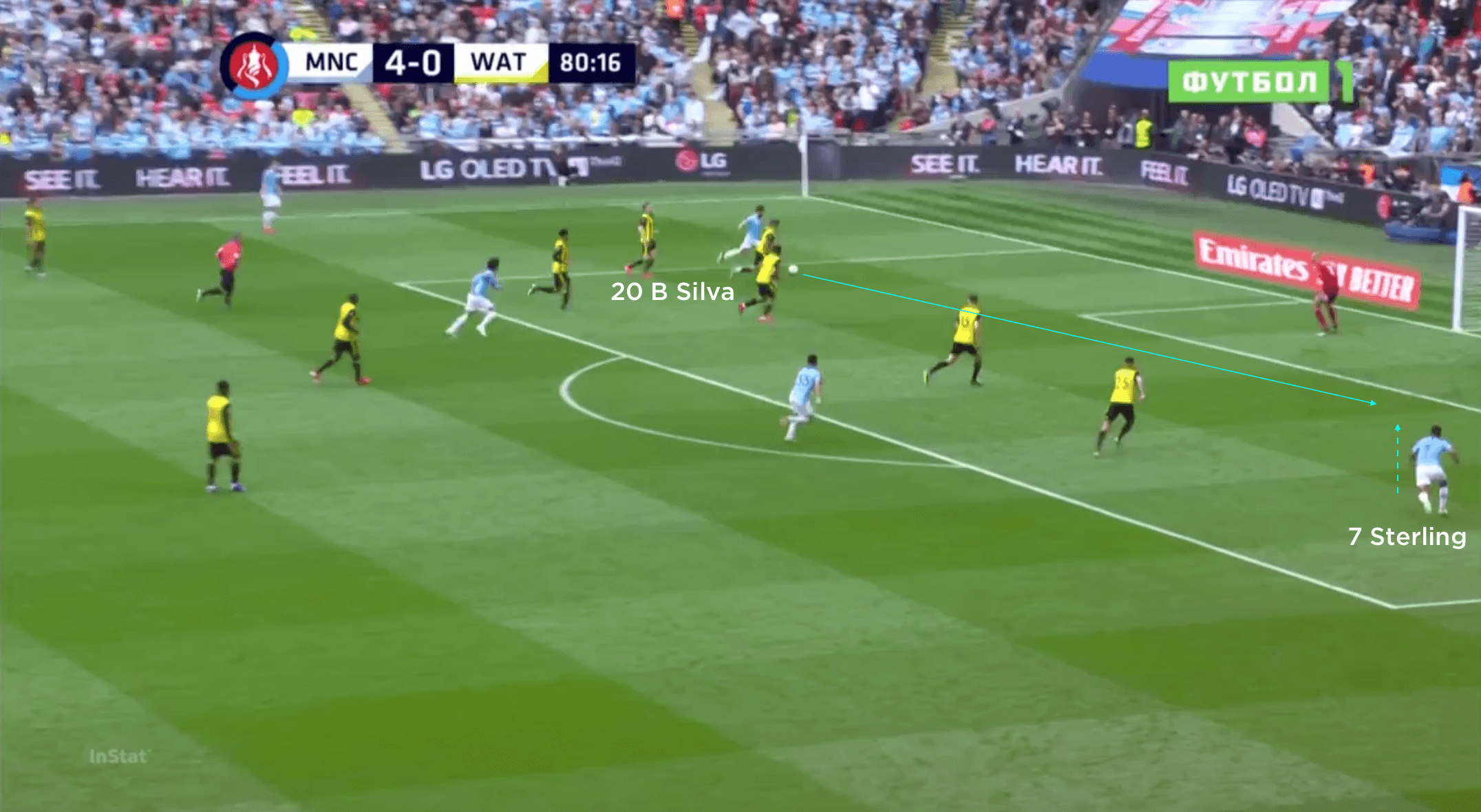 Watford also conceded twice against Arsenal last weekend, despite Unai Emery’s team struggling to create chances. Sterling, the third highest-scoring midfielder in Fantasy Prem behind the Liverpool duo of Mo Salah and Sadio Mané, is therefore a more than justified selection as captain.

Crystal Palace’s most influential player is unusually cheap at £6.8m, even if after an inconsistent start to the season he is yet to register either a goal or an assist. This weekend, however, Palace host Wolves – the latest team to find combining Europa League and Premier League campaigns a difficult task. As such, Zaha has a golden opportunity to make his first meaningful impact since failing to get his desired move away from the club in the summer. 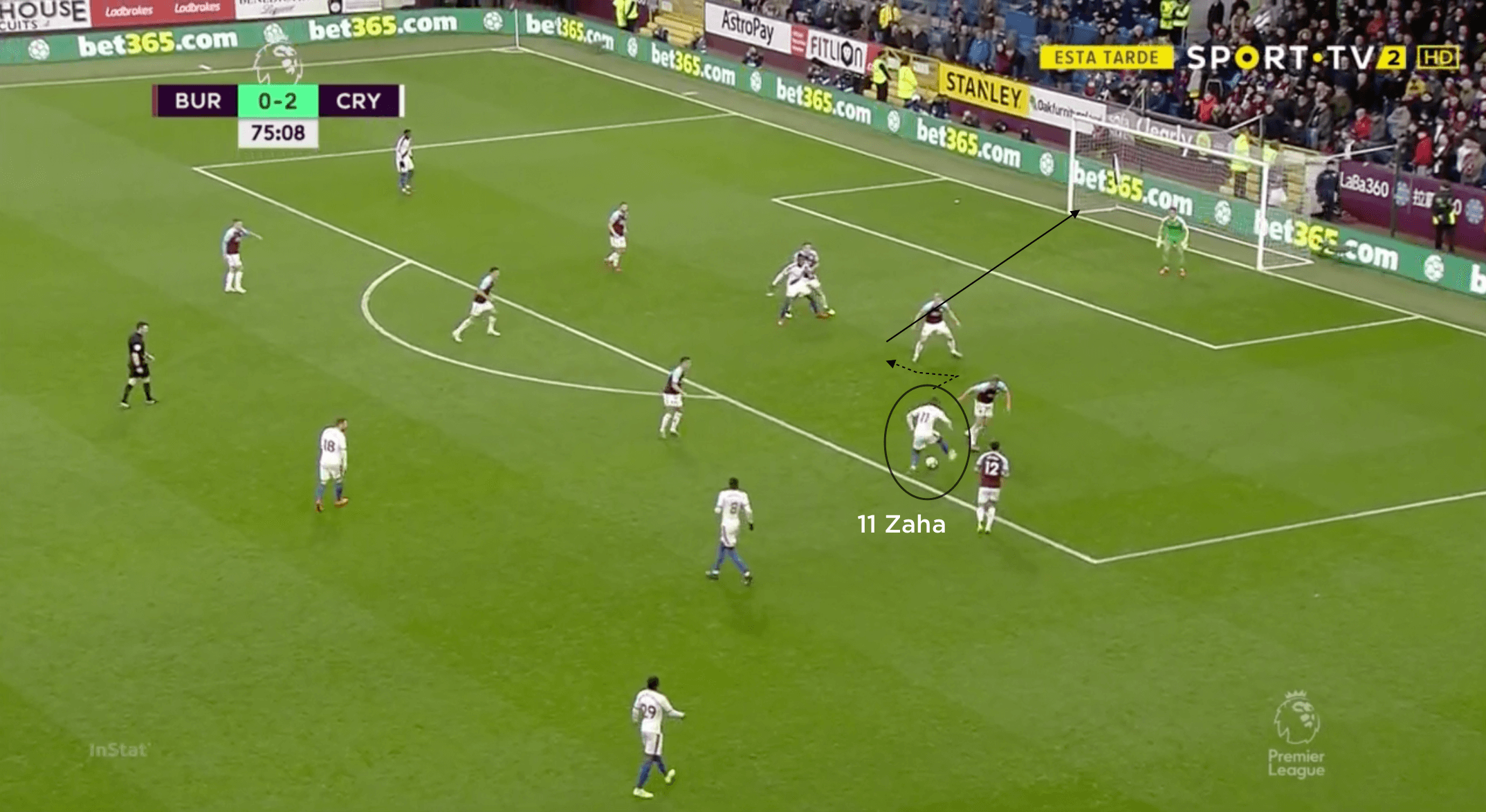 Wolves have already shown plenty of defensive weakness against athletic forwards this season. Tammy Abraham scored a hat-trick against them for Chelsea, while Richarlison netted twice in their defeat to Everton and Anthony Martial was on target in the 1-1 draw against Manchester United. Zaha is a very tricky customer in opposing penalty areas (above) and can give problems to a defence potentially fatigued from Thursday night’s hosting of Braga.

One of the reasons Norwich have been such a refreshing addition to the Premier League this season is the performances of Todd Cantwell.

Teemu Pukki has rightly received the most praise, but Cantwell has been similarly important. He plays wide on the left in Daniel Farke’s preferred 4-2-3-1 formation, and can often be seen making runs behind the opposition defence – either to support Pukki, as when scoring against Manchester City last Saturday (below), or to encourage his left-back to overlap him when he attacks the penalty area. 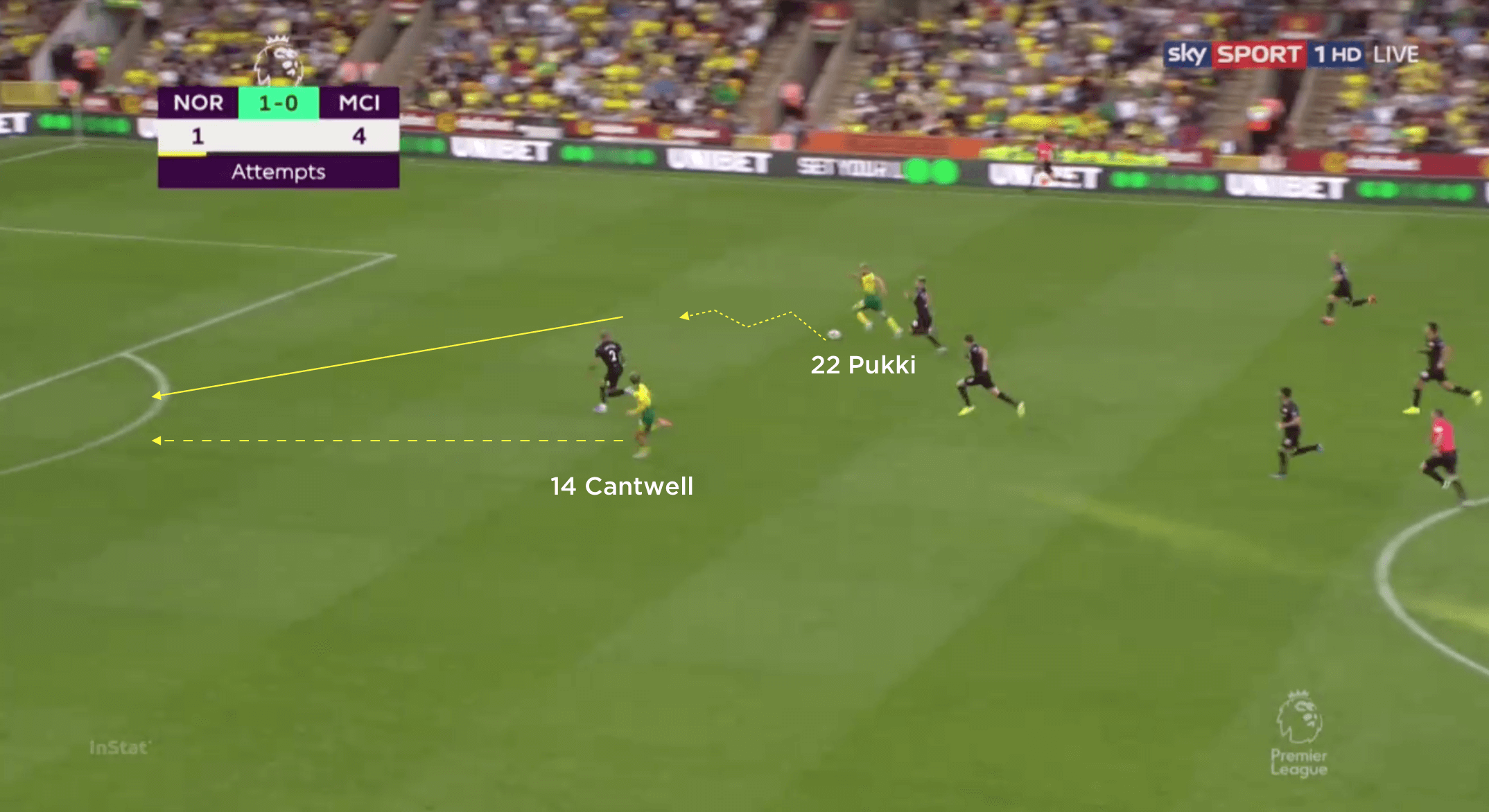 Norwich’s next four Premier League opponents are Burnley, Crystal Palace, Aston Villa and Bournemouth – a run that represents an excellent chance to accumulate some serious points in their bid to preserve their Premier League status. Alongside Pukki and the impressive Emi Buendia, Cantwell will surely have a big role to play in that – and at £4.9m looks superb Fantasy Prem value.

With the Premier League returning, Crystal Palace, Aston Villa and Middlesbrough favourite Gareth Southgate discusses why being ‘nice’ is no barrier to success, as he has shown since becoming England manager 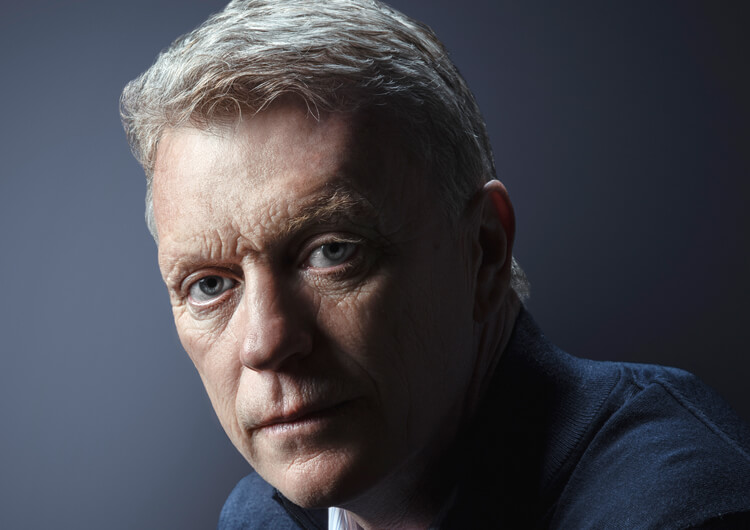 Out of the blue

David Moyes on the role that Celtic played in his development, why Everton were right for him, and his experiences at Manchester United and Real Sociedad