Fantasy preview: Get the Vardy started

Preview
December has arrived, and the Premier League games are coming thick and fast. The period of managerial uncertainty is also well under way too, with changes being made at Tottenham, Watford and Arsenal, and more seemingly afoot elsewhere. The midweek fixtures kick off with two matches on Tuesday, with Burnley hosting Manchester City and Bournemouth away at Crystal Palace.

We are then treated to six fixtures on Wednesday evening, the pick of which would appear to be Jose Mourinho’s return to Old Trafford with a Tottenham side that has won three straight in all competitions since he took charge. Old pals Frank Lampard and John Terry face off as Chelsea host Aston Villa, Watford face the unenviable task of an away game at high-flying Leicester, while West Ham travel to Wolves and Southampton host Norwich. Oh, and there’s the small matter of the Merseyside derby between Liverpool and Everton.

Thursday sees Sheffield United host Newcastle, while Freddie Ljungberg has his first home game as Arsenal manager against Brighton. But we return to the East Midlands for our fantasy captain pick of the week – no surprises here, either.

Jamie Vardy cannot stop scoring. The former England striker has scored in his last six Premier League games, notching eight times in total and in a variety of different ways. Leicester host a Watford side having a dismal time of it this season – they are currently bottom of the table and without a manager after the weekend sacking of Quique Sánchez Flores – and have injury trouble at the back. Their available centre-backs are not especially mobile, potentially leaving them vulnerable against Leicester’s fast-paced combination play around the penalty areas as well as Vardy’s obvious threat in behind (below). 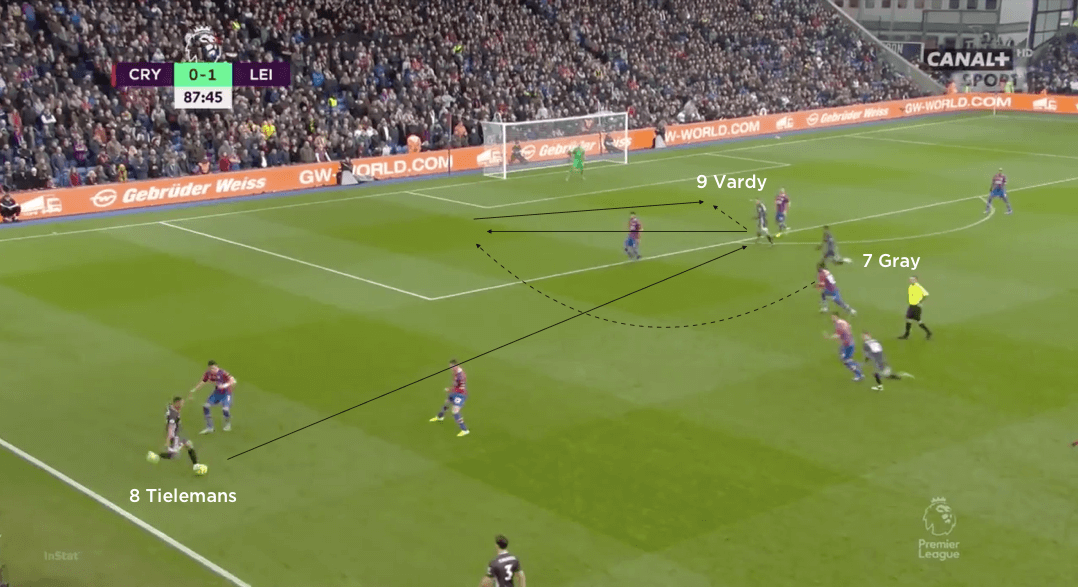 Leicester’s top scorer has scored in his last three appearances against Watford, and form would suggest that he will continue that streak on Wednesday. Watford will provide an element of the unknown going into the game, and with Flores gone it remains to be seen who they will select and how they will set up. That said, Leicester have managed to create numerous chances against a variety of different opposition structures – it would be a major surprise if they didn’t repeat that against the league’s bottom club.

Chris Wilder’s Sheffield United team continue to impress, with the midfield three of John Lundstram, Oliver Norwood and John Fleck pivotal in their success so far this season. United’s clearly defined way of playing encourages the midfielders, particularly Fleck and Lundstram, to join in the attacks; as Lys Mousset in particular makes runs on the outside of defenders, space appears inside for the advancing midfielders. Fleck is also known to run from deep areas beyond the United attackers if they drop towards the ball (below), offering a penetrative threat in behind. 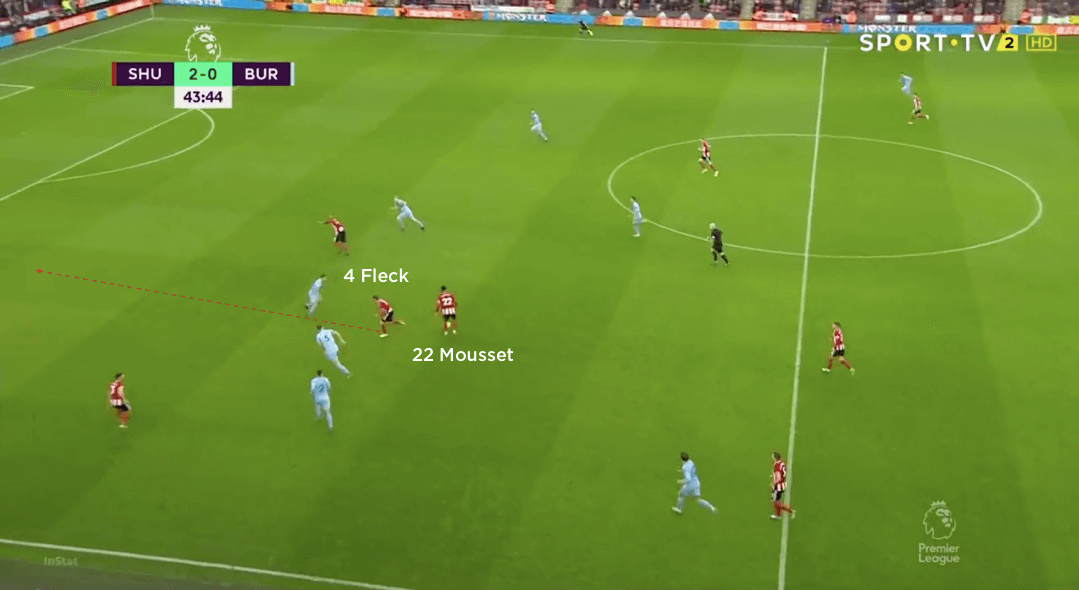 Midweek opponents Newcastle will be expected to set up in their usual 5-4-1 shape out of possession – but the three centre-backs may end up being preoccupied with Sheffield United’s front two, leaving their two central midfielders to deal with Lundstram, Fleck and Norwood. It is these late runs into the box that may be difficult to pick up, which could be where Fleck – who has scored twice in his last four games – finds some success.

It is also important to remember that Sheffield United’s impressive defensive record at home can also lead to clean sheet points for a midfielder who is an integral part of the Blades’ set-up both in and out of possession.

Southampton have endured a difficult start to the season, and still find themselves languishing in the relegation zone after just over a third of the season. That said, things may be looking up for the south-coast club after an important home victory against fellow strugglers Watford at the weekend.

Saints have a favourable set of opponents in the coming weeks, too. First up is another important game against Norwich City, before fixtures against Newcastle, West Ham and Aston Villa. If Ralph Hassenhüttl’s men can put together a good run of results, then they could find themselves in a much more positive position come the new year. 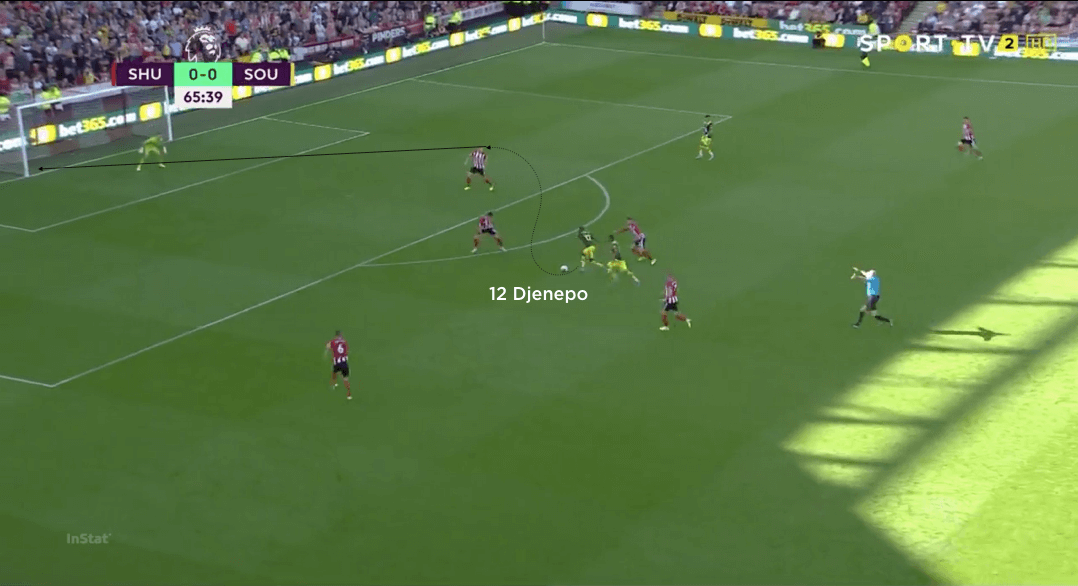 Southampton’s defensive record is woeful, so we wouldn’t suggest adding many of their deeper players. That said, the likes of forward Danny Ings and wide attacker Moussa Djenepo could prove shrewd additions to your fantasy side.

Ings is Saints’ top point-scorer this season and, as he showed against Watford, is always a goal threat. The tricky Djenepo (above) has looked lively when given licence to attack, and of course had a hand in Southampton’s equaliser on Saturday. A more consistent run in the team could see him add to the five points he picked up in only his second 90-minute game of the season. 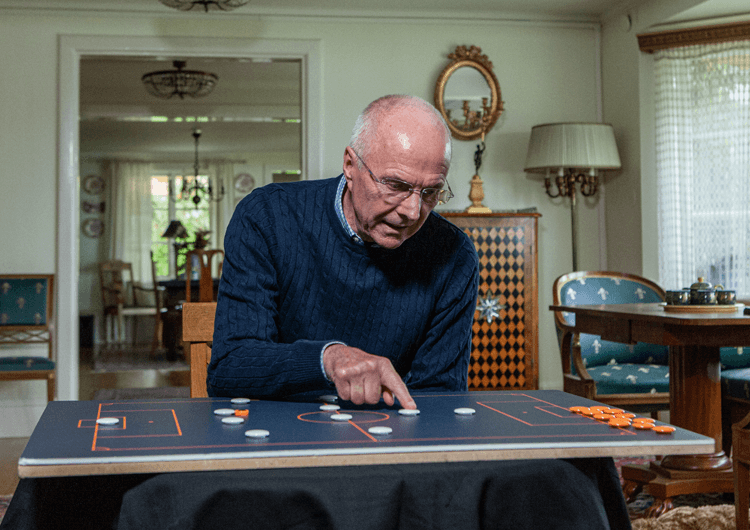