Preview
Friday evening’s Premier League fixture between Aston Villa and Everton means that this week’s Fantasy Prem deadline falls earlier. Liverpool and Arsenal, who meet at Anfield in the late Saturday game, are the only remaining teams with maximum points from 2019/20. Watford, Aston Villa, Newcastle and Southampton are still to secure their first.

It has largely been overlooked that Everton, having struggled defensively during 2018/19, are the only team yet to concede. Their opponents, recently promoted Villa, are under pressure to respond to the disappointment of last weekend’s home defeat by Bournemouth. The most intriguing encounter of Gameweek Three is at Anfield, however, where European champions Liverpool host potential title contenders Arsenal, who left the Reds’ home on the back of a 5-1 drubbing last campaign.

If Manchester City, Chelsea, Manchester United and Tottenham are all favourites for their respective fixtures – at Bournemouth, away to Norwich, and at home to Crystal Palace and Newcastle – only the latter, for Spurs, represents a relatively straightforward challenge. Watford will believe they can secure their first points of the season when they host West Ham; Sheffield United seek to maintain momentum at home to Leicester, unbeaten Wolves are targeting their first victory at home to Burnley, while Southampton travel along the south coast to fifth-placed Brighton.

Anthony Martial has two goals in two games as the central attacker in Ole Gunnar Solskjær’s new-look Manchester United. That he is curiously considered a midfielder within fantasy football means he benefits from an additional point per goal, not to mention another for any clean sheets his team keeps.

United host Crystal Palace, who so far this season are goalless – and also more vulnerable in defence as a consequence of the departure to United of Aaron Wan-Bissaka. Both of the Eagles’ opponents so far, Everton and Sheffield United, targeted the space inside their full-backs. 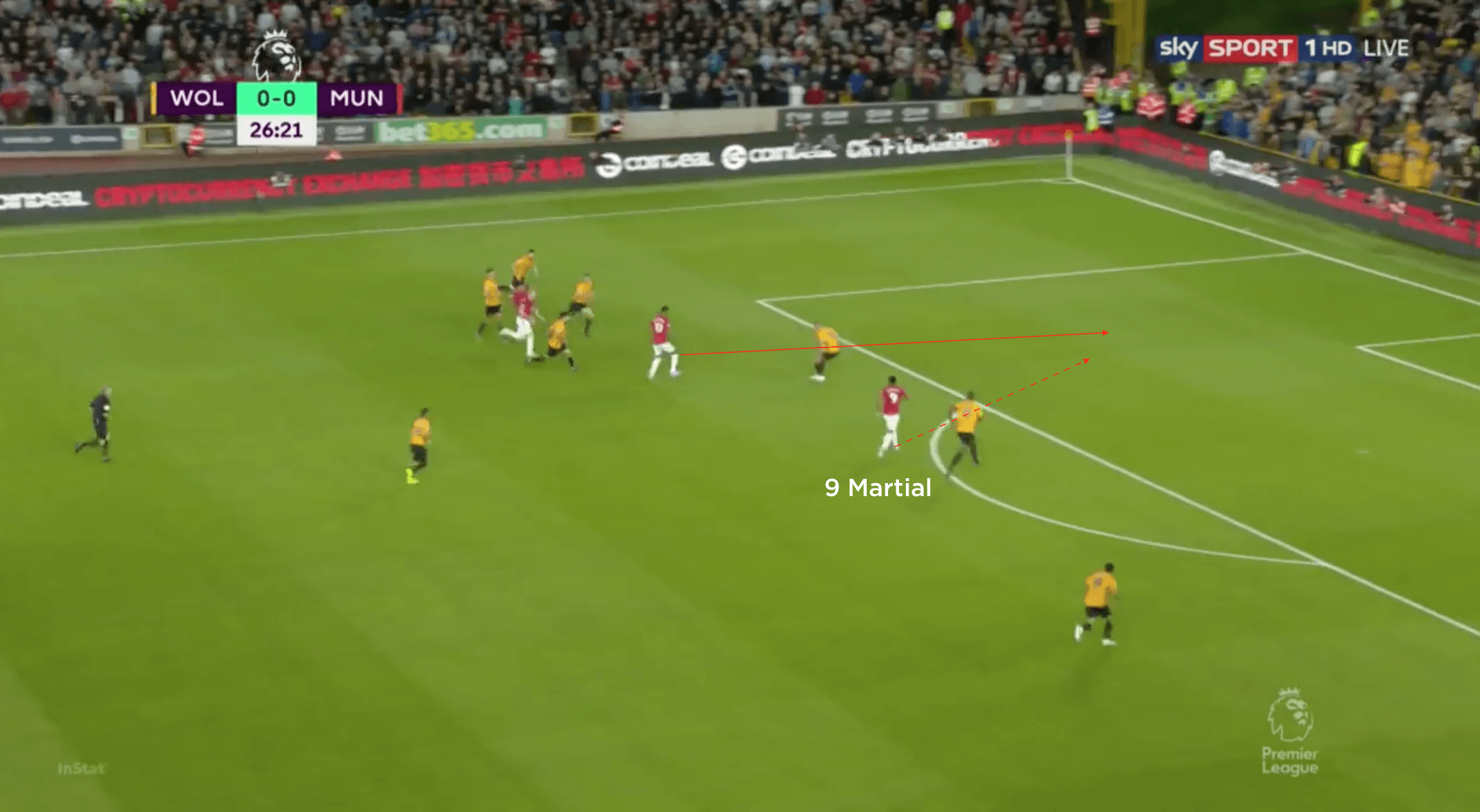 Wan-Bissaka’s absence from the Palace back four should contribute to opportunities for Martial to make the kind of run (above) that led to his goal in the 1-1 draw at Wolves on Monday. Similarly, if Marcus Rashford or Daniel James receive possession behind their full-back, then Martial could move into position to tap in from close range, just as he did against Chelsea on the opening weekend.

Though new to the English top flight, Leandro Trossard has already demonstrated considerable promise, not least with his goal and a further disallowed effort against West Ham in Gameweek Two.

He plays predominantly on the left of an attacking three, and is recognised for his ability to finish from outside of the penalty area (below), or from inside it towards the left, from one-on-ones. 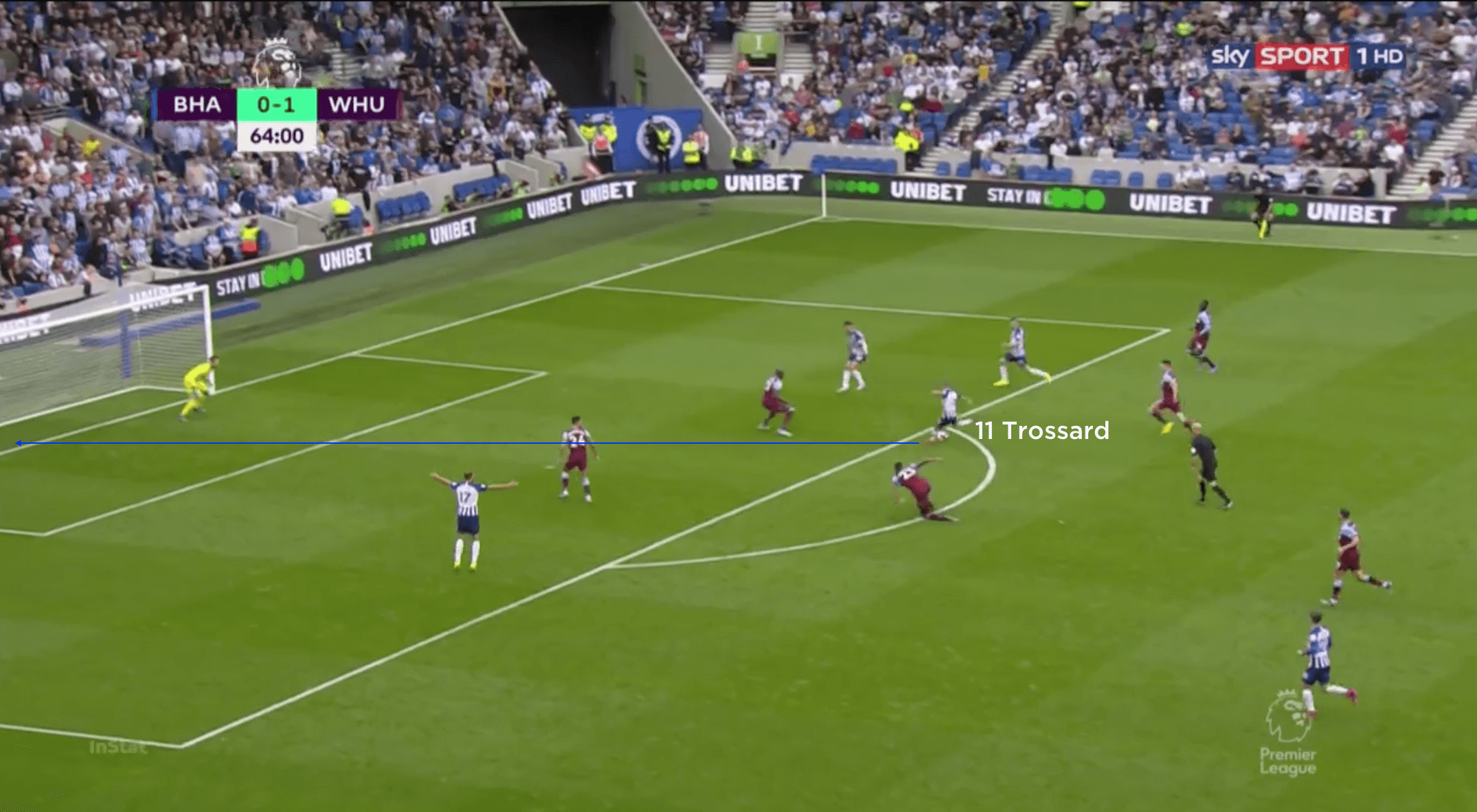 Southampton are expected to persevere with their three-strong defence, who have thus far this season proven reluctant to stray from their positions. Should they do so again against the Seagulls, Trossard will relish the time and space that will present in the areas he favours.

It is also likely that the visitors will look to use Yan Valery to move out and press Brighton’s left wing-back, potentially encouraging Trossard to receive inside and play one-on-one against Jan Bednarek, creating further goalscoring opportunities. At £6m, Trossard is by no means the cheapest midfield option in the game – but he may yet prove a bargain.

Sheffield United have one of the Premier League’s more innovative approaches to set-pieces. They use a variety of routines to target certain players, the £4.5m Jack O Connell among them. They also demonstrated last week that they are capable defensively – another home fixture could mean another clean sheet – and adjusting to the standards demanded in the English top flight. 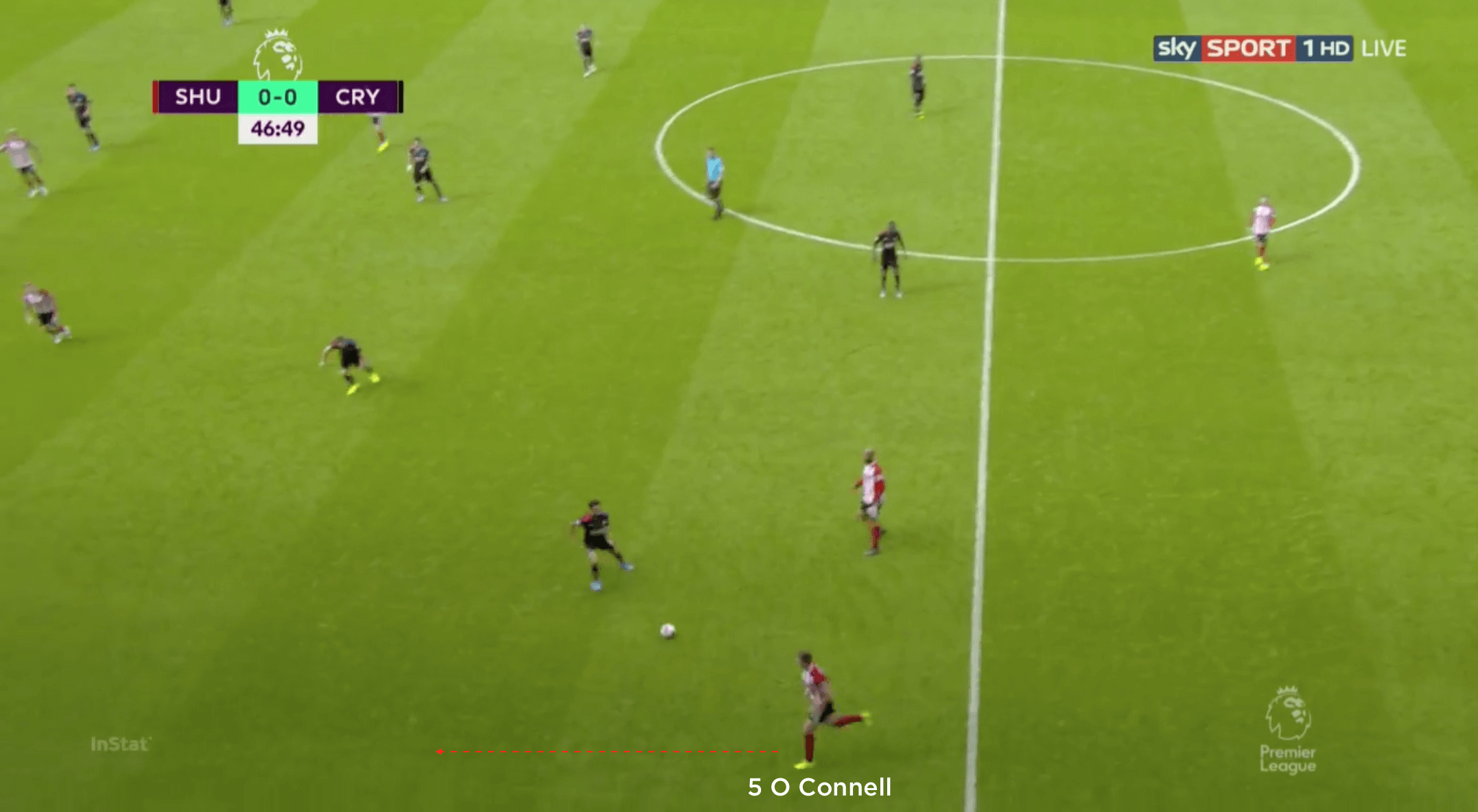 O’Connell has been selected by less than one per cent of fantasy football players but he could prove superior value to some higher-profile and more expensive alternatives, not least as one of United’s unusual, overlapping central defenders (above). 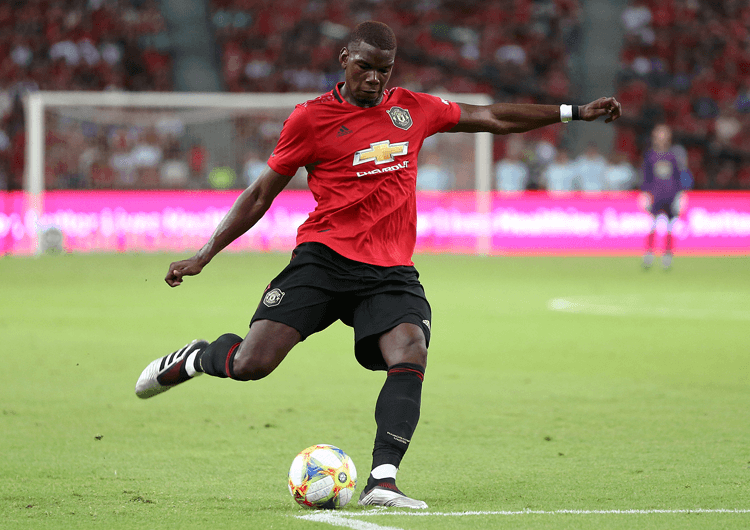 Manchester United insist they will resist interest in Paul Pogba from Real Madrid and Juventus this summer. Here, our experts assess how his role has changed since the departure of José Mourinho 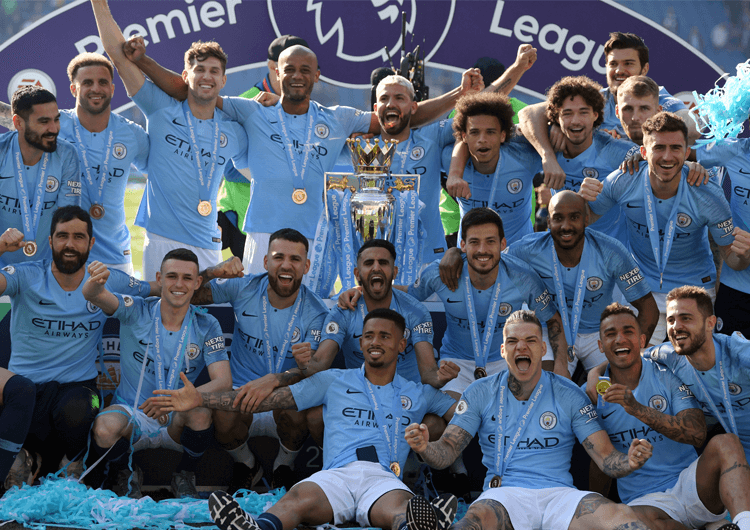 Premier League fans everywhere are busy building their fantasy football teams ahead of the start of the 2019/20 season. Here, our professional coaches reveal their 10 best fantasy buys, from the more obvious Liverpool and Manchester City selections to less likely picks from Chelsea, Wolves, West Ham and even Arsenal 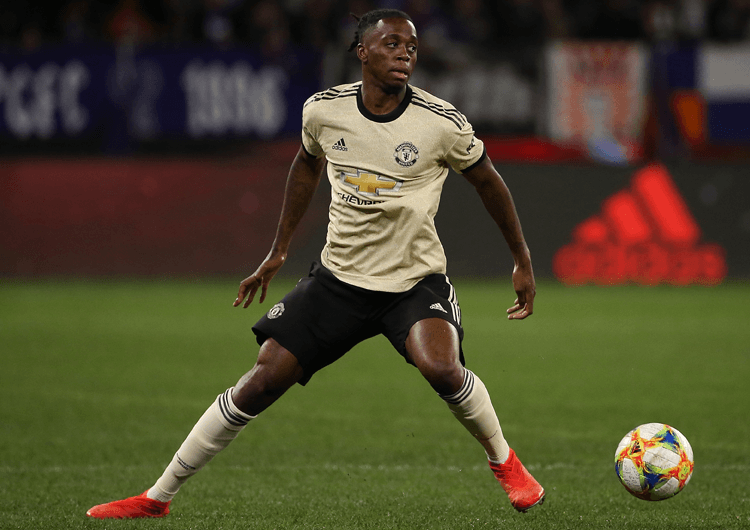 Manchester United spent £50m recruiting Aaron-Wan Bissaka from Crystal Palace as Ole Gunnar Solskjaer rebuilds his team to challenge for the Premier League title and qualification for the Champions League. But what can the Old Trafford faithful expect from the young full-back?