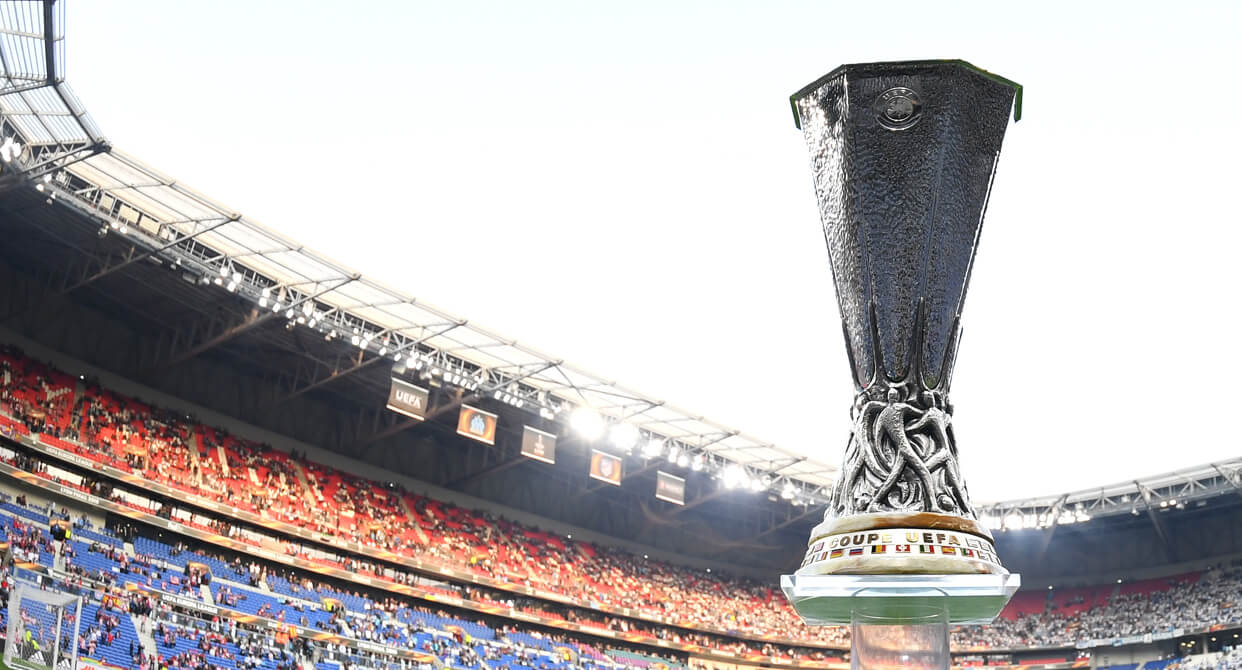 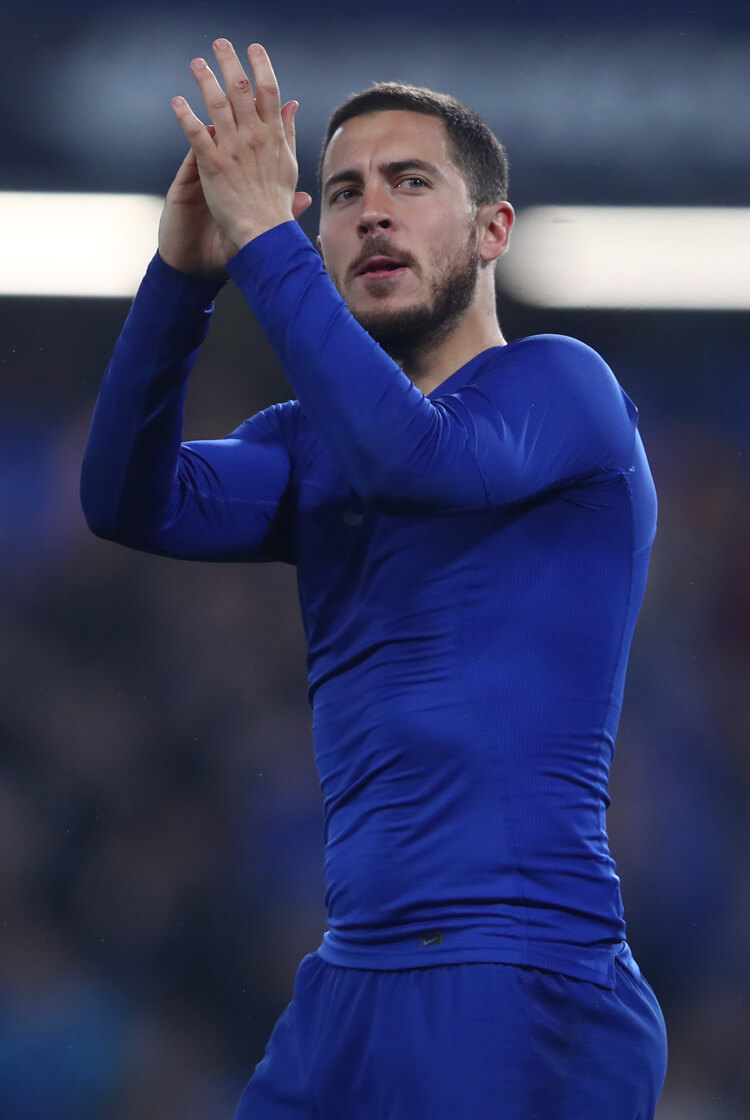 Preview
Wednesday night will mark the first all-English Europa League or UEFA Cup final since 1972 – the tournament’s inaugural season – when Tottenham beat Wolves 3-2 in a two-legged affair. This time round it’s an all-London encounter, with Arsenal taking on Chelsea in the distant European reaches of Baku, Azerbaijan.

Sadly, controversy rather than football has dominated the lead-up to the game – but there is still a fascinating tactical battle in front of us. Arsenal beat Chelsea 2-0 at the Emirates in the most recent game between the two sides in January, although Chelsea ran out winners at Stamford Bridge way back in August. In that early-season clash, four of the five goals in the home team’s 3-2 win came from wide players far from guaranteed to start in Baku – Pedro, Marcos Alonso, Henrikh Mkhitaryan (who doesn’t even travel to the final for security reasons) and Alex Iwobi – with the other coming from another no-show in Alvaro Morata.

Five months later at the Emirates, Chelsea went down to two Arsenal set-pieces, with Alexandre Lacazette (above) and Laurent Koscielny – two players we can expect to see start the final – grabbing the goals as the Gunners dominated. Both Unai Emery and Maurizio Sarri have big names unavailable in Baku, but both still have decisions to make on both personnel and tactics. How will they set up, and where can each side look to gain an edge?

Where can Arsenal hurt Chelsea?
Arsenal have used a variety of formations this season, including 4-2-3-1, 4-3-1-2, 3-4-3 and 3-4-1-2, with Unai Emery’s tactics often determined by what he expected from his opponents’ press. Away at Liverpool, who press with their front three, for example, the head coach deployed a 4-2-3-1 structure with Lucas Torreira and Granit Xhaka in the spaces between Sadio Mane, Roberto Firmino and Mo Salah. Sokratis and Shkodran Mustafi were the first available passes, while Stephan Lichtsteiner and Sead Kolasinac operated as the outlets in wide areas. This effectively created a seven-on-three overload, albeit with other Liverpool players available to press if needed.

When the Gunners played Valencia in the Europa League semi finals, however, they used a 3-4-1-2 formation that afforded them numerical superiority in the first phase of the build-up and worked a potential five-on-four overload in midfield. In this shape, Ainsley Maitland-Niles and Kolasinac pushed up with Xhaka and Torreira, with Mesut Ozil ahead of them against Valencia’s midfield four.

Perhaps most interestingly, Arsenal used a 4-4-2 diamond at home to Chelsea in their 2-0 victory in January – a structure that Chelsea have had some difficulty dealing with this season. In that particular game, Aaron Ramsey played at the attacking point of the diamond in possession; out of possession, he was responsible for man-marking Jorginho in order to disrupt the central point of Chelsea’s build.

Arsenal could use this structure again, as Chelsea’s pressing style allows them to use two central defenders to bring the ball out. Typically, Chelsea use their single forward to press one centre-back and then release a midfielder to go and press the second as he receives possession. As this involves a Chelsea player moving out of his slot, Arsenal have the opportunity to play around and then through this space (above) – a tactic they used to good effect in January, and which Manchester City used to devastating effect in their 6-0 demolition of Chelsea the following month. With the Blues likely to continue their press and thus commit other individuals towards the ball, dangerous spaces could be left behind them.

Enter Arsenal’s likely forward pairing of Lacazette and Premier League joint-top scorer Pierre-Emerick Aubameyang. Both are willing to drop towards the ball and combine as well as run into the channels between Chelsea’s centre-backs and full-backs – an area that could prove fruitful for the Gunners. If Arsenal can manage to concentrate their attacks in these areas, then we could see goals from low crosses whipped behind the Chelsea defence from wide, or cutbacks to the edge of the area for late runners or whoever operates in the attacking-midfield role. Which brings us to Mesut Ozil.

Where are Arsenal vulnerable?
One question Emery will need to ask himself is whether or not Ozil has the capacity and discipline to do the obvious man-marking job on Jorginho. Should he fail in this regard, and leave Jorginho free to receive possession facing forward, the likelihood is that an Arsenal player from the next line in midfield will have to come out to press him – if they want to deny the Italian playmaker both the time and space to play the dangerous passes we all know he is capable of.

The trouble for Arsenal here is that Chelsea typically operate with five attackers behind the opposition midfield line: one central striker, two attacking central midfielders and two wide attackers. Should an Arsenal midfielder release himself to press Jorginho (below), then there will be blindside movement opportunities for Chelsea’s attacking midfielders to create penetrative passing options between the lines. This could eliminate the Arsenal midfield and create dangerous attacking situations for Chelsea.

How can Chelsea hurt Arsenal?
Sarri has generally made use of his favoured 4-1-4-1 formation throughout his first season in charge of Chelsea, both domestically and in Europe. Jorginho has been a fixture in the position between the defensive and midfield lines, and is usually the focal point for the Blues’ build-up play. In front of him, Chelsea are without both Ruben Loftus-Cheek and Callum Hudson-Odoi – although they are hopeful that N’Golo Kante will be fit to start.

We shouldn’t expect Sarri to deviate from his preferred shape for the final, with Olivier Giroud again likely to start ahead of Gonzalo Higuain as the lone forward – as he has done throughout much of the European campaign. It is, however, in the wide areas and half-spaces that Chelsea may be able to hurt Arsenal most. If the Gunners set up with the midfield diamond they used last time out against Chelsea, then success could be found by forcing the outside players of Arsenal’s diamond to press the Chelsea full-backs, potentially leaving Eden Hazard – possibly in his final game for the Blues – one on one against his man.

We can expect the half-spaces to become a threat if the time comes, as it often does, when Hazard begins to roam. Again, this could draw out Arsenal’s outside midfielders and create gaps through which to play – not with single direct passes, but more likely through methods such as up-back-through, which Sarri is fond of. This would see a centre-back, most likely David Luiz, bounce the ball into one of his midfielders, who bounces it back to a deeper, forward-facing midfielder to then play through the lines into spaces inhabited by the likes of Hazard or Mateo Kovacic on the Chelsea left. Giroud’s hold-up play with back to goal, one of his undoubted strengths, could also come into play here.

Of course, Hazard as an individual is Chelsea’s major threat. The Belgian is a player capable of destroying opponents all by himself, as demonstrated by his sensational solo goal against West Ham earlier in the season. He has the unpredictability and quality of a match-winner, and could easily be the difference in the Azerbaijani early hours. No one would be surprised if he was.

Where are Chelsea vulnerable?
Chelsea’s press in the opposition half has the potential to be their own undoing. Arsenal have shown themselves to be adept at building from the back, and Chelsea’s tendency to send their midfielders out to press opposition centre-backs from the second line could create gaps for Arsenal players to drop into in order to penetrate. Chelsea will also need to be wary of runs from Aubameyang and Lacazette into the spaces behind their offensively minded full-backs in transition.

The knock-on effect of these transitional moments would be that centre-backs David Luiz or Andreas Christensen – likely to start, with the injured Antonio Rudiger unavailable – would be pulled out to defend in wide areas, leaving more space centrally for Arsenal to exploit. It is also worth mentioning that Chelsea will have to defend first and second phases of set-plays significantly better than they did at the Emirates in order to improve their chances in Baku.

An intriguing, tense battle awaits the hardy fans who have braved the long trip to Baku, and the many thousands more watching back home. At the end of it, one manager will be celebrating a major European trophy in his first season – the only question is which one?