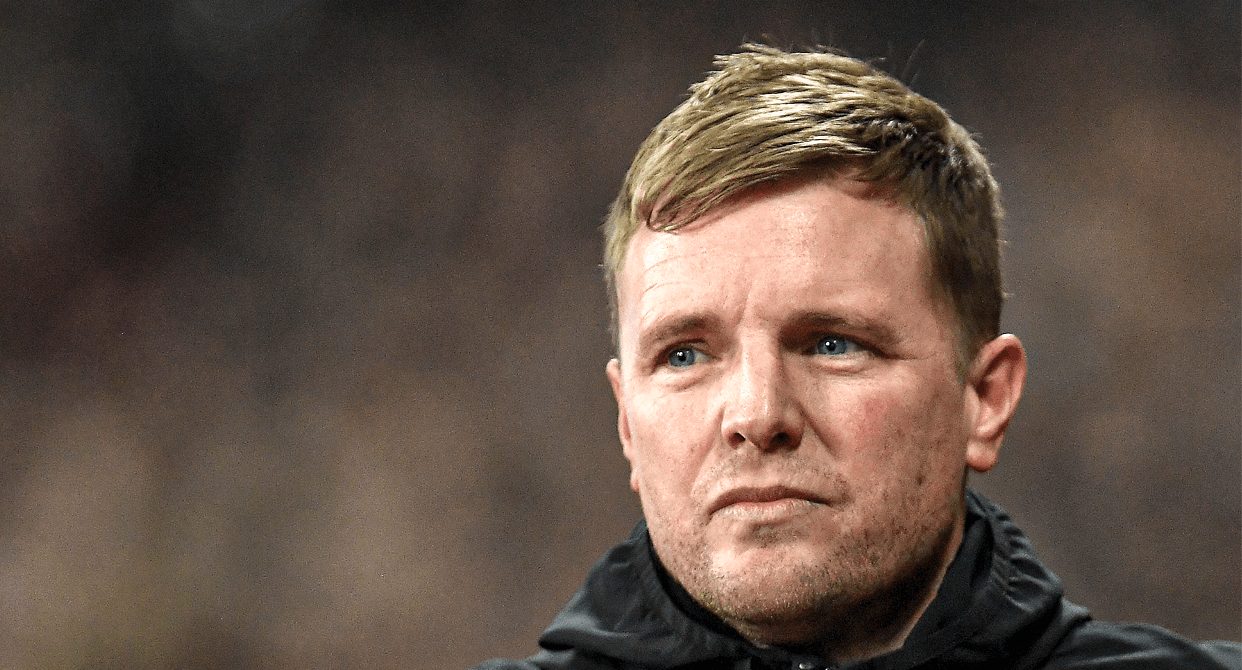 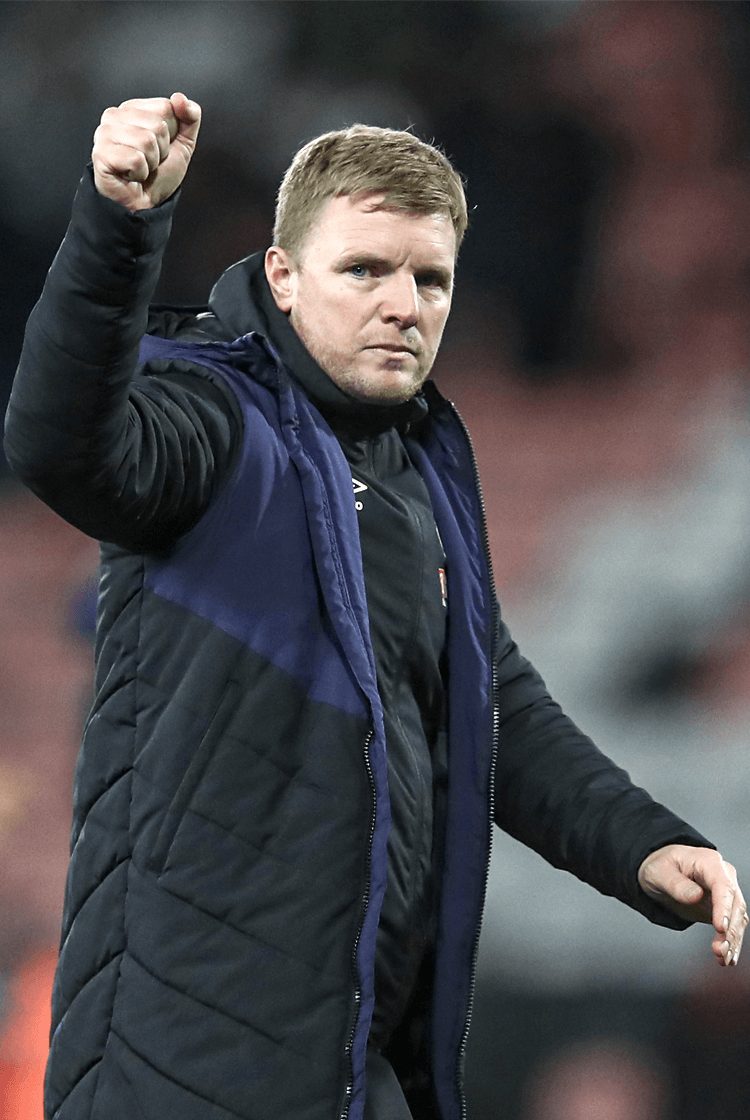 Profile
Eddie Howe has for so long been widely recognised as England's most promising manager that he was favoured by many to succeed Roy Hodgson, when aged only 39, after Hodgson's resignation followed Euro 2016. Much like Hodgson, he has demonstrated an admirable willingness to adapt his methods, and it is perhaps that that has contributed so much to his reputation not being damaged by Bournemouth's relegation from the Premier League.

A manager as determined to study others' methods as he is to improve the players he already possesses instead of buying others, it is little wonder he remains as highly thought of by so many Premier League teams as those he used to coach. "He's very meticulous," said his former captain at Bournemouth, Tommy Elphick. "He's detailed in his work and spends a lot of time getting to know his players. The biggest message we were given was that the performance would always outweigh the result. If the performances were there, the results would follow. Sometimes we would suffer for that but we stuck to our principles."

Playing style
Howe led Bournemouth into the Premier League while they operated with a 4-4-2 led by Callum Wilson, as their most advanced threat, and either Yann Kermorgant or Brett Pitman. Wide combinations were led by full-backs Charlie Daniels, Simon Francis and Adam Smith, and wide midfielders, the left-footed Matt Ritchie from the right, and the right-footed Marc Pugh from the left. Ritchie and Pugh dribbled infield, and were overlapped by the relevant full-backs.

Off-the-ball runs into central positions around Wilson, particularly when his strike partner withdrew into midfield, were also a consistent feature, and one of Bournemouth's central midfielders, in turn, withdrew into defence so that a back three was formed in the absence of their adventurous full-backs. That same approach was applied during 2015/16, their first season in the Premier League, but when a serious injury left them without Wilson and meant Lewis Grabban or Benik Afobe mostly deputised for him.

Their approach evolved during 2016/17, and was instead built on a 4-2-3-1 (below) in which Josh King featured as a second forward behind Wilson or Afobe, and Jack Wilshere featured in the double pivot at the base of their midfield. In contrast to their 4-4-2, the depth of that double pivot meant their wide forwards moving infield earlier than they previously had, and Ryan Fraser, Jordan Ibe, Junior Stanislas or Pugh contributing between the lines to a fluid attack. Their full-backs regardless continued to provide their attacking width, crosses, and balls in behind.

From 2017/18 that approach evolved again, often into a 3-4-3 in which their wing-backs provided their attacking width, and their fluid front three was replaced by a leading striker supported by two permanent narrow forwards. Their additional central defender came at the expense of an attacker, but they attacked with greater variety.

It was the identity of those two forwards that most influenced the nature of the way they attacked from that shape (below). Ibe, Fraser and Stanislas, natural wide players, rotated with the wing-backs behind them, providing an increased range of movements and therefore wide overloads; there were also occasions when Fraser featured at wing-back, outside of two further forwards.

On the occasions one of those forwards drifted wide, a central midfielder would advance with freedom, in the knowledge that three central defenders and a further midfielder remained behind him in a structure similar to the back fours with which they had previously defended. If King, a regular starter, or Lys Mousset featured to either side of Wilson, instead of drifting wide they operated like second strikers, and Howe's team played more directly towards their front three.

When Howe saw the need for further change, he reverted to the 4-4-2 that had once brought him such success. Fraser, attacking infield from the left, combined particularly effectively with Wilson and created regular goalscoring chances for Wilson and King; from the right, the left-footed David Brooks demonstrated similar potential.

There were occasions, however, when that 4-4-2 lacked the same balance provided by the one with which they achieved promotion (below). Daniels' absence through injury meant the right-footed Smith or Nathaniel Clyne deputising at left-back, and therefore struggling to be as effective when they attempted to overlap; there also existed an over-reliance on the creative Fraser.

When Fraser's performances declined, and Brooks was injured, Bournemouth created fewer goalscoring chances throughout 2019/20, during which their 4-4-2 was eventually succeeded by a 4-3-3. Harry Wilson represented an alternative in their positions, but one who favoured shooting from distance and penetrating into the penalty area instead of creating as once did Fraser and Brooks.

That Callum Wilson, King and Dominic Solanke were also less effective at converting the chances that came their way further undermined the prospects of Howe's team. With central midfielders Lewis Cook, Dan Gosling, Jefferson Lerma and Philip Billing more effective behind the ball than in front of it, their 4-3-3 struggled to both be as fluid as hoped and to offer the necessary options between the lines, and therefore to be as effective as the systems that had preceded it.

Defending and pressing
As Bournemouth's shape changed, so did the nature of their press. The Championship-winning team of 2014/15 pressed the central areas of the pitch when possession was conceded, and because their wider midfielders were already in relatively narrow positions, combined with their second forward, five players – between the advanced full-backs covering wider territory – provided pressure to the ball and screened passes (above). Their leading striker, similarly, provided secondary pressure from behind the ball. When they were required to defend for lengthier periods, their wider midfielders prioritised their opposing full-backs so that their front two could remain narrow, and therefore formed a line of four, behind which their full-backs remained willing to advance to alongside the two left in central midfield. There were also occasions when one of their front two withdrew into midfield to contribute against midfield threes, and when opponents sought to play direct passes, their back four proved authoritative in the air.

That same defensive structure was retained in the Premier League, and provided the foundation for the 4-2-3-1 that later followed. Against the improved calibre of opposition they were confronted with, however, it became more common for them to defend with a more withdrawn block – even if with changing personnel the same individual defensive roles were preserved. There was little difference in the defensive approach of Howe's 4-4-2 and 4-2-3-1, owing to the positioning of the second striker who remained advanced when regains appeared likely, but otherwise withdrew into a deeper position to screen against their opponents' attempts to build play.

Increasingly, there also existed an emphasis on delaying and frustrating opponents' attempts to attack, via a mid-block, over aggressively pressing and pursuing swift regains. Two central midfielders consistently provided a defensive screen in front of their back four, and their wider midfielders or wide forwards tracked back to negate potential overloads against the full-backs behind them. With their two most advanced players providing a further screen to discourage possession from being played into central midfield, Bournemouth succeeded in forcing possession wide and, given Howe remaining loyal to the long-serving Francis, Daniels and Steve Cook, and later recruited Nathan Aké, they remained capable of defending against deliveries from wide areas.

The central areas of the pitch remained their focus when Howe implemented his back three. His narrow forwards worked to screen against access through the centre of the pitch – advancing only to engage as the ball travelled wide – and his central midfielders protected against those attempting to drift to in between the lines and to play into those in the final third. The proactivity of Bournemouth's wing-backs meant, when required, them advancing to press – the far-side opponent was often left free – and their central defenders were similarly willing to step out to press between and to the sides of their central midfielders. If one did so, a wing-back would tuck in to preserve their back three; that back three even became a back five in a 5-4-1 (above) when for lengthier periods they required a defensive screen and increased numbers behind the ball.

Fraser's suitability to applying an aggressive press meant that when he was selected at wing-back he defended more assertively, and that as natural full-backs, Daniels or Smith – often the far-sided wing-back – were instructed to compensate by contributing to the way their structure had to shift across and adjust to maintain their desired mid-block.

The return to the back four that followed made Bournemouth easier to attack via crosses and counters, and largely because their desire to continue to protect the central areas of the pitch forced opponents wide, and by extension Howe's central midfielders to move wide to provide cover. When that risked leaving spaces in their defensive block, Howe responded by selecting a third central midfielder (above) and reorganising his team into a 4-3-3 later in 2019/20. It was perhaps only being forced to select King and Solanke as wide forwards that undermined the compactness he was attempting to achieve.