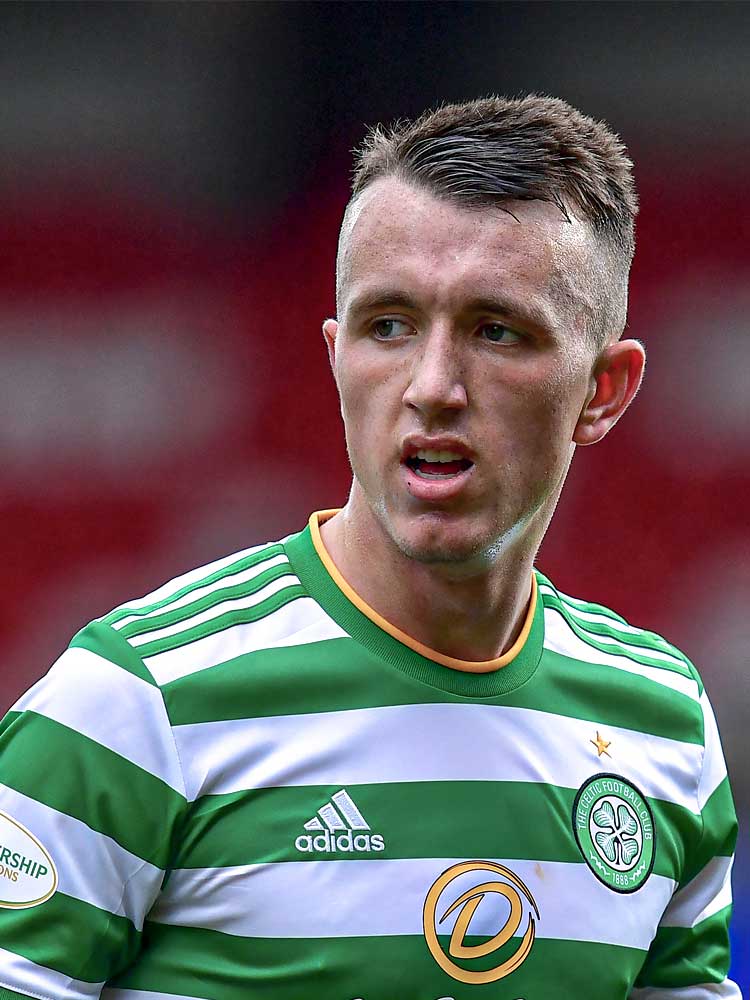 Profile
Celtic paid Motherwell £3.25m, the highest fee they have received for a player, to sign David Turnbull in August 2020 – 14 months after the then-21-year-old failed a medical before making that same transfer. At a time when it has become clear that their team needs to be rebuilt, Turnbull has perhaps emerged as the most obvious leader of a new generation to follow that that so impressively won nine successive Scottish Premiership titles.

Potential add-ons will follow if he succeeds as Celtic hope and as James McFadden, another who impressed elsewhere after emerging at Motherwell, expects. "He's worked really hard, he's level-headed, has a brilliant mentality and is a top talent," said the retired Scotland international. "I speak about him every time I see him playing. He's so adaptable and can play anywhere in midfield. If he gets in front of goal, very rarely, if ever, will you see him snatch at it. He'll step up again."

Tactical analysis
Turnbull is a particularly inventive player who thrives between the lines, from where he plays lofted passes and deft chips over opposing defences. Those passes (below) over compact, low blocks may even represent something of a trademark, and regularly release forward runners in behind opposing defences with a level of spin, backlift and detail that is easier for them to control or finish from.

When he is operating between the lines he consistently proves capable of adapting to his surroundings, meaning he continues to use the ball effectively under pressure to also progress through or around the defensive block in front of him. With his stronger right foot he drills passes through, or with the outside of his foot bends them around, defences, and often executes doing so with speed, regardless of the pressure he is under and the space he is working with.

If instead carrying possession, Turnbull also offers swift changes of direction and speed, often decelerating from a sprint to a near-static state to commit defenders tracking him. Should he develop to the point of being able to as impressively accelerate – particularly when attacking one-on-one – to complement the ability he already possesses to glide around or through opponents he can become even more influential. His lack of speed over longer distances will otherwise continue to undermine his potential.

From midfield he offers supporting forward runs ahead of the ball, as well as being the player who provides forward passes. He is comfortable in both inside channels and running directly to between two central defenders, is rarely caught offside, and times his passes and movements with an impressive maturity that means him taking advantage of new spaces.

That same awareness exists if Turnbull is instead making penetrative runs (below). Should a teammate be in a superior position, he will quickly release possession to him.

When Turnbull attempts to apply the finishing touches, he does so with both power and minimal backlift, and is most effective when shooting from cut-backs or from central positions outside of the penalty area. Similarly to when decelerating when dribbling, he often favours dragging the ball back across his body to deceive goalkeepers into diving before then shooting towards goal.

Role at Celtic
During his time at Celtic Park, Turnbull has featured in a variety of systems. When he first arrived he was selected as one of three central midfielders in a 3-5-2. As one of their two attacking central midfielders one of his responsibilities involved supporting attempts to build possession through a wider central defender and defensive midfielder, but if that gave their wing-backs freedom, it took him from where he is most effective. The numbers that already existed in the final third meant him often resisting his instincts to attack, and instead remaining withdrawn to defend alongside Scott Brown – their senior defensive midfielder.

When they reorganised to instead operate with a 4-2-3-1, Turnbull was selected as their number 10, from where he could move to between the lines, even if the three attacking players alongside or in front of him somewhat limited his freedom to mostly vertical supporting movements. Like many in that position, he regularly favours creating by moving horizontally, but with only one striker in front of him had to make regular runs to between the opposing central defenders, making him reliant on his teammates complementing those runs.

His influence grew when they instead used a four-diamond-two (above) in which he was at the tip of that diamond. The presence of two strikers in front of him occupied opposing central defenders, giving Turnbull more time between the lines and his forwards runs increased purpose, and therefore increased end product. Even during the periods he isn't attempting to penetrate in behind opponents, their diamond midfield means him more consistently contributing to their attacking play in the areas he is most comfortable, from where he has the freedom to move wide to receive, combine, or lose his marker, and to offer attacking runs with different angles.

It is also notable that he contributes more to Celtic's overall structure and during moments of transition. His positioning means full-backs moving infield to release a central defender to prioritise him, and therefore wider midfielders being forced to retreat further to cover wide of those full-backs. Celtic's full-backs, in turn, are invited to attack into the wide areas being vacated – Greg Taylor and Diego Laxalt are among their most prolific crossers during 2020/21. Those same wide areas offer increased potential against a diamond midfield, but that potential is more difficult to realise from the more withdrawn starting points opponents increasingly adopt.