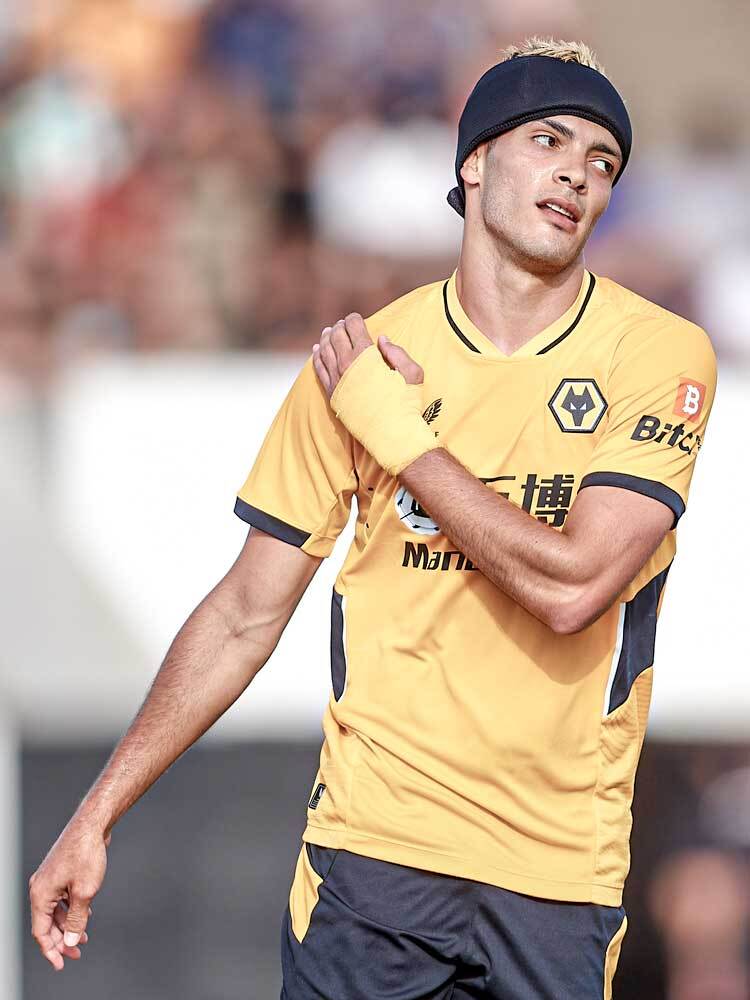 Wolves finished the 2020/21 season in 13th place, their lowest position since promotion in 2018. They scored 13 fewer goals than their average across the previous two seasons, largely as a result of the horrific Raúl Jiménez head injury that kept him out for the majority of the season, as well as Diogo Jota’s departure to Liverpool. The pair had provided 47 per cent of Wolves’ Premier League goals under Nuno Espírito Santo before 2020/21.

Wolves delivered the third-most crosses in the league last season, with 60 per cent coming from their right side – they ranked third for the proportion of their attacks that came down that flank. The direct dribbling threat of Adama Traoré was the main contributing factor here, as he attempted the most dribbles in the entire league with 216; some 53 ahead of any other player in the division.

Off-the-ball running from right-back Nélson Semedo also proved key on Wolves’ right, with Nuno using a back four more often than in any of his previous seasons at the club.

Without Jiménez’s significant aerial threat, however, attacks down the right side and crosses into the penalty area proved limited in terms of success. Wolves therefore used narrower combinations involving Pedro Neto, Daniel Podence, Fábio Silva and even Traoré when he was played in a central forward role, with more focus on the inside channel than the flank. But this wasn’t how they were accustomed to playing.

Although Wolves frequently overloaded the right inside channel and moved the ball into that area regularly, they struggled to break into the penalty area. Not one Wolves player appeared in the top 30 in the Premier League for total touches inside the penalty area.

Jiménez’s return will give Wolves more variety when attempting to penetrate into the area. He can help with switches of play, provide a target following wide build-up, be a focal point for the first pass when launching a central counter-attack, and even move out to the inside right to play a part in the combinations we saw throughout 2020/21 (above). His ability to pin central defenders back, drop and link, and compete in the air for both first and second balls, helps move opposition defenders around. This in turn will help create space for the likes of Podence, Neto, Traoré and Silva to exploit with incisive movements.

New head coach Bruno Lage often favoured two centre-forwards when in charge of Benfica, and Jiménez has been extremely effective playing in a two with Wolves – especially when supported by a mobile player who likes to drop and operate between the lines. Benfica often played in a 4-4-2 under Lage, but also used a 3-4-3 with a fluid front three in which one wide attacker moved narrow to support the centre-forward, encouraging the wing-back to push forward. Either of these approaches would suit Jiménez, and should help increase Wolves’ overall threat close to goal. With that, more goals should follow.