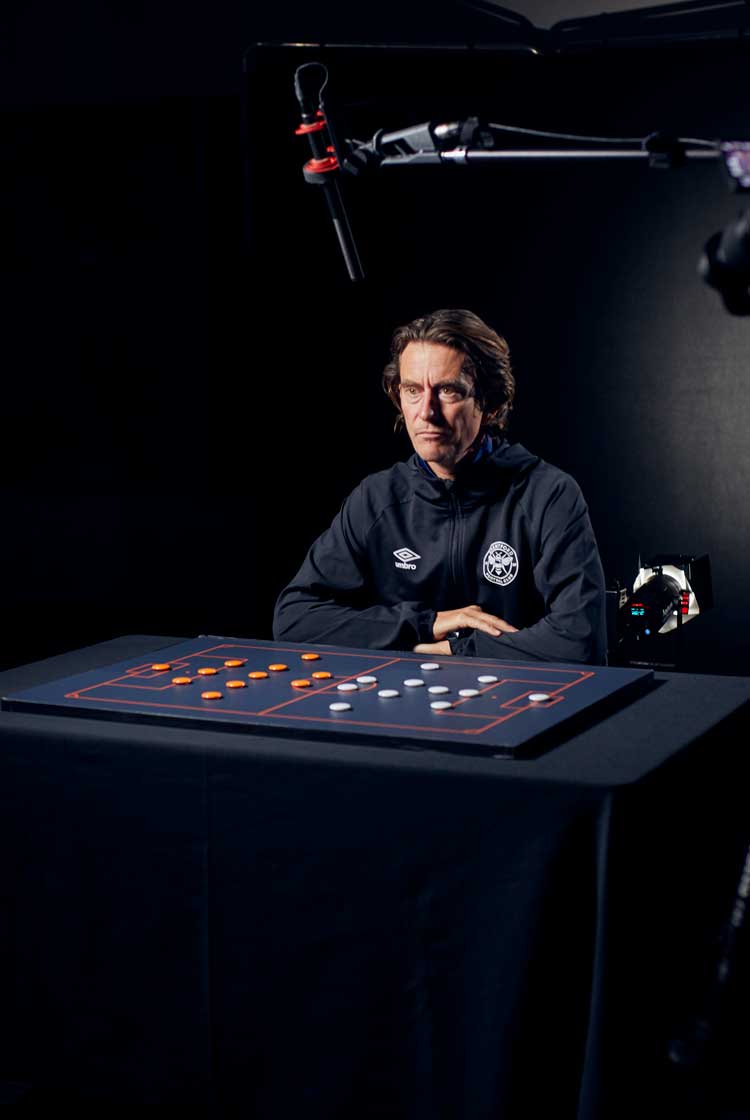 After missing out on automatic promotion from the Championship in 2020/21 by just four points, Brentford and Thomas Frank had little time to put any disappointment behind them. Finishing third meant just a few days off before attention turned to the playoffs, and three high-stakes games that stood between Brentford and their first ever foray into the Premier League.

They went into the Championship playoffs as favourites to go up, but after losing the first leg of their semi final, they required a big second-leg performance to overcome Bournemouth. In their second successive playoff final – having lost in extra-time to Fulham a year earlier – they faced Swansea, who held Brentford to draws both at home and away in the regular season. As a result, Frank was making no assumptions about their latest meeting at Wembley.

In this exclusive interview with The Coaches’ Voice, Frank talks through what became a famous win for Brentford. He explains the challenges of facing a Swansea team that had shown impressive tactical versatility under then-head coach Steve Cooper, and also talks about dealing with the high-pressure environment of a playoff final. Frank explains why he switched to a back three mid-season, how he set his team up to play on the day and why the gameplan worked perfectly, with early goals from Ivan Toney and Emiliano Marcondes putting his side into an early and ultimately unassailable lead. Frank looks back on a win that earned Brentford promotion to the Premier League for the first time in their history, and the huge celebrations that followed.