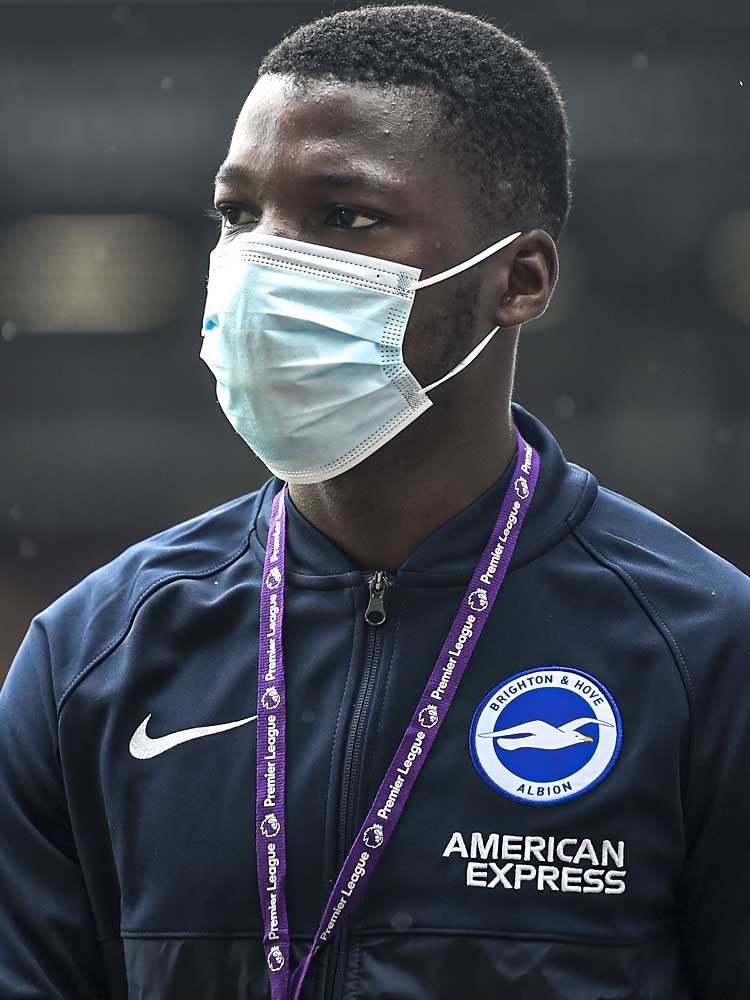 Profile
It was a player who idolises N'Golo Kanté who became the latest demonstration of Brighton's desire to continue to identify those who represent the greatest value for money when he arrived at the club for £4.5m in February 2021. Then aged 19, Moisés Caicedo is yet to regularly feature, and yet there are those who predict that he will prove even more succesful than have Tariq Lamptey, Yves Bissouma, and more.

"Moises has had a lot of interest from clubs across Europe, which is understandable given how well he has done," said Brighton's technical director Dan Ashworth. "He's been one the recruitment team has been aware of for some time and we are confident he is a player with a very exciting future ahead."

Tactical analysis
Caicedo is a versatile player with significant physical and technical potential. He is tactically astute for his age, full of confidence, and willing to take the initiative with the ball and to make himself available as a passing option.

The breadth of his talent means he can play in a variety of different midfield roles, but he is best as either the defensive midfielder or a number eight – preferably on the right of a midfield three – in a 4-3-3. When selected as the deepest-lying midfielder, he is consistently keen to take the ball and to attempt to progress play through the centre of the pitch and beyond the opposition’s front line for openings to pass forwards to teammates beyond the opposition’s midfield. When he is instead the one receiving between the lines, he demonstrates admirable composure and maintains the speed of his team's attacks via the good body positions he takes and his decision-making.

Whether dropping to between the central defenders behind him or having received the ball in front of his team's defensive line, he seeks to play vertical passes and to progress it either directly to a teammate’s feet or via a through ball (above). He shows good close control in tight spaces, which proves particularly useful at attacking transitions when he can quickly work the ball into space. He regardless makes occasional unforced errors, often when prematurely trying to play ambitious passes, and needs to curb doing so if he is to fulfil his potential.

When he is required to defend, the Ecuadorian is an active counter-presser, and one who is ready and willing, from the final third, to make recovery runs and to cover spaces at the point of a defensive transition (below).

He is, however, sometimes too eager to press, and can therefore lose track of the player behind him. When he does so he risks undermining his team’s defensive organisation, and allowing the opposition to create a passing lane into midfield.

He also needs to improve the way he positions his body when attempting tackles, so that he gets closer to the ground, lowers his centre of gravity, and faces the direction he wants to draw his opponent towards when making a step or slide tackle. When engaging in aerial battles he commonly attempts to anticipate his opponent’s next move and to use that to his advantage instead of directly competing for the ball in the air, where he is unconvincing.

During their build-up phases, Caicedo positioned himself behind the first line of the opposition's press in the central channel, and was consistently on the move and looking for a passing lane from those in defence. There were also times he rotated with two teammates – usually the central defender moving wide and the advancing full-back – and became the third player in the first line of their shape (above), to take the ball in front of the opposition.

It was typical of Ramírez's Independiente for such rotations to unfold with the intention of creating space infield for their full-backs. When they did so it became Caicedo’s responsibility to filter passes into the full-back who had moved beyond the opposition’s first line and into central midfield. When instead their right-sided number eight, Caicedo's role was to maintain an advanced position with the aim of pinning back his direct opponent and therefore creating space for his more defensive teammates when they were building play; he only withdrew into deeper territory if required to assist in linking forwards.

He is skilled at identifying spaces to operate in, and at losing his marker at the correct moment to receive in space (above) before quickly turning and facing goal in an advanced position, ultimately providing his team with a quick route forwards. Against teams employing a low or mid-defensive block and, therefore, when quick offensive transitions – which Independiente regularly favoured – were unlikely, Caicedo's acceleration meant that he could burst through small gaps in the opposition's shape and capitalise on them being disorganised.

His defensive contributions were essential because Independiente instantly sought to recover possession after turnovers. Theirs was a high-risk approach, but one that Caicedo was suited to. His age means he requires time to adapt to the speed and physicality of the Premier League, and he will also need to improve the speed of his decision-making and actions, but there is little question he has the ability to succeed in England.