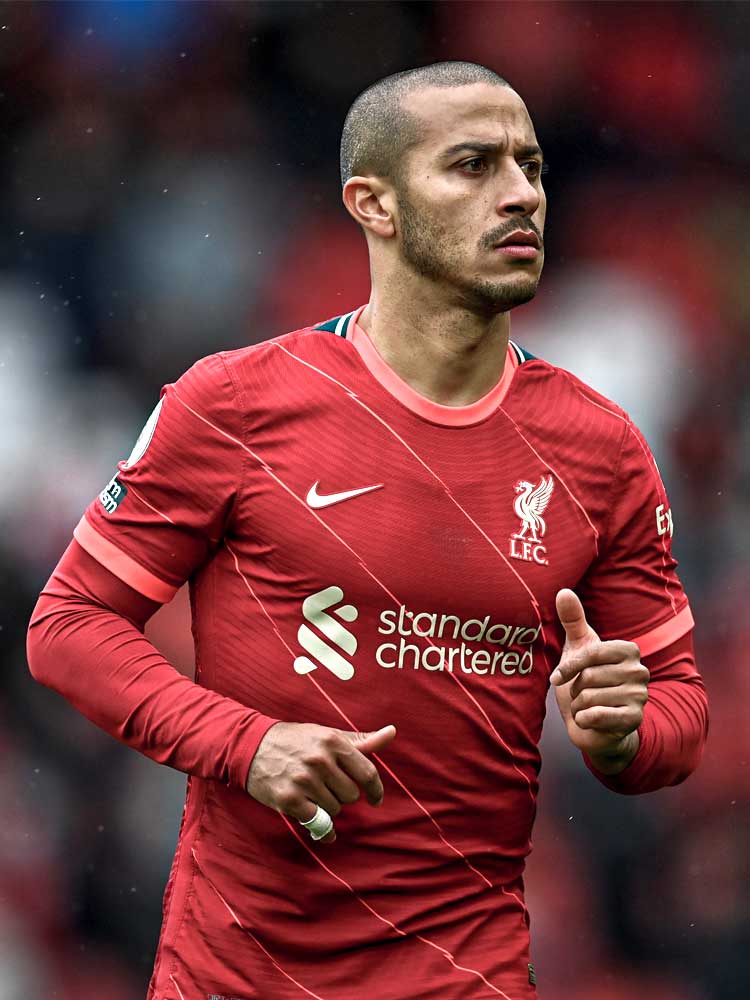 Here is a statistic about Liverpool’s 2020/21 campaign that may surprise you. Only two players played a part in every one of Liverpool’s Premier League games: Andy Robertson and Georginio Wijnaldum. As a result, therefore, of Wijnaldum’s departure to Paris Saint-Germain, a huge part of Jürgen Klopp’s preparations for the new campaign will have to be focused on getting his team ready to play without one of its key players.

The 2020/21 campaign was far from the most memorable of Liverpool’s recent seasons. There wasn’t even a suggestion of a challenge for silverware, they lost six consecutive home league games for the first time in their history and there were very few highs – goalkeeper Alisson’s winning goal away to West Brom notwithstanding.

However, Wijnaldum has long been a key player for Klopp, and he was also integral to Liverpool stumbling into the top four with a strong run of results at the end of last season. His energy, driving runs, ability to beat a man with a dribble or a quick passing combination in tight spaces, relentless stamina and – crucially – his understanding of Liverpool’s pressing game and the in-possession rotations that make them so effective in attack, will all be missed.

With Fabinho so crucial at the base of midfield, there are two more midfield spots up for grabs. In Jordan Henderson, James Milner and Naby Keïta, Liverpool have three other midfield workhorses, but insufficient attacking presence to replace Wijnaldum. Alex Oxlade-Chamberlain carries too many fitness concerns to be relied upon fully, and Curtis Jones is still unproven having only turned 20 earlier this year. The hope will be that Thiago Alcântara, last summer’s marquee signing from Bayern Munich, can step up. Thiago is a very different player to Wijnaldum, though, and it won’t be a like-for-like swap.

While the Dutchman is all about high-octane, fast-paced football and dragging his team over the finish line, Thiago is a more considered player, and a wonderful technician with an eye for a pass that is almost unrivalled in the English game. He is a joy to watch at his best, and the disappointment that he did not immediately take the Premier League by storm stretched far beyond the city of Liverpool. However, after a year to settle in at Anfield, he has a big job to do in helping the team cope with Wijnaldum’s departure.

Liverpool’s midfielders in their Champions League and title-winning campaigns were not poor footballers, but a lot of their game was based on their work rate. Thiago simply isn’t that kind of player; he will almost exclusively stay behind the ball – Wijnaldum would often break beyond the attackers – and offers an out ball for possession to be recycled through. He likes to dictate the pace of the game with his passing.

Liverpool haven’t played with a traditional central playmaker under Klopp. Instead, a significant portion of their attacking play goes through their full-backs, Robertson and Trent Alexander-Arnold. When they attacked in previous seasons, Wijnaldum did a very good job of covering the space in behind them and counter-pressing from deep. While Thiago is good at supporting inside or beneath an overlapping full-back, he isn't as effective as Wijnaldum at covering after a loss of possession. He gives away too many fouls in these situations, which not only allows the opposition to reset but also disrupts Liverpool's press.

The likelihood is that Liverpool will have to alter their playing style slightly to fit Thiago in. Thiago, too, may have to adapt his game to give Liverpool what they need.