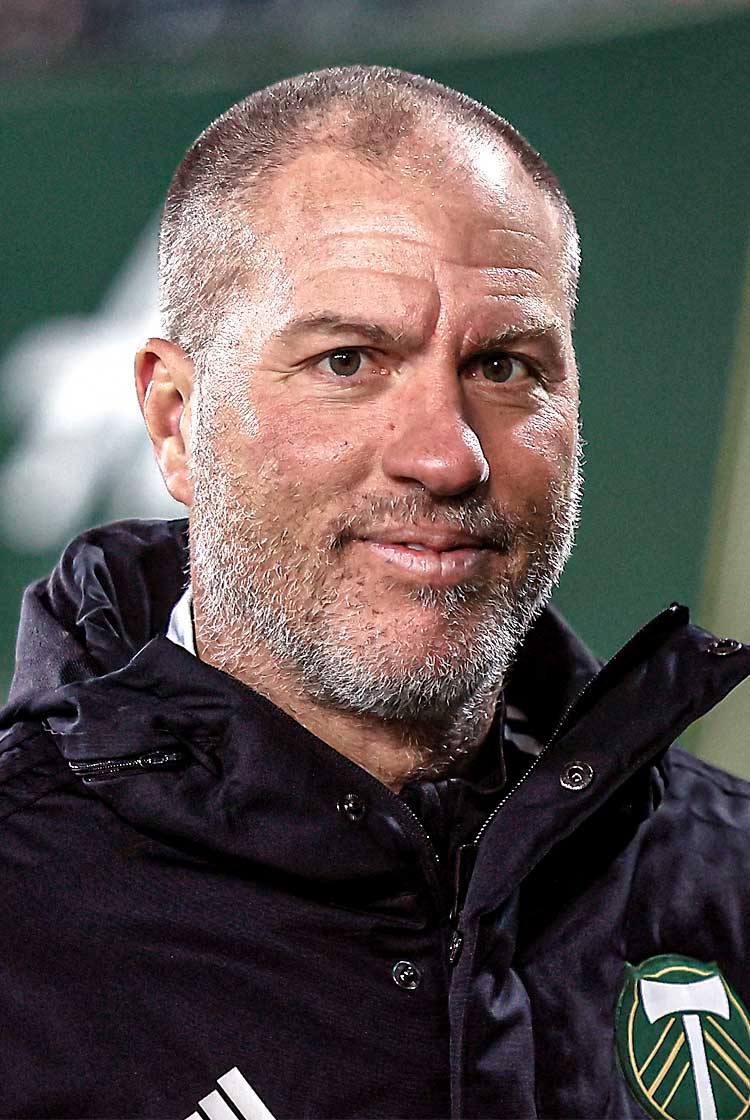 “Coach, it’s Carlos Alberto, how are you? Could you stop by my hotel so we can sit and talk about the match?”

That phone call came just after the opening match of the New York Cosmos relaunch – a 2-1 victory over Fort Lauderdale Strikers in 2013. I could barely believe it.

Shortly after, there I was, talking about my team and its style with the skipper of the best Brazilian team of all time (below), and a Cosmos player during the 1970s, at a hotel in downtown New York.

The very same city I had arrived in as a 19-year-old, unable to speak English.

The idea of going there had originally been pitched to me by my friend Juan José ‘Cheché’ Vidal, after he’d watch me play one day.

“Look, Gio,” he said. “I think you would have a really good chance if you went to the US to get a scholarship, and study while you play football.”.

There was something else I needed to sort out, and this one was a bit more difficult – I had to talk my dad into it.

I was straightforward: “Dad, I think my future is in the US. I need your help to buy a plane ticket to go there and try to get a football scholarship”.

I’m not sure he was entirely convinced, but at least he agreed to buy me the ticket.

I came back from the US with good news. “Look, I’ve got two full scholarships – I passed the test.” This time, my father’s reply was one of support: “Well, if this is what you want, do it.”

I picked Long Island University in New York, and off I went.

At the beginning, not speaking English made things difficult in the classroom. But it was different on the pitch. In spite of my youth, I was already experienced enough to deal with that.

I played my first professional game in my native country – Venezuela – when I was 15 years old, as a striker for Deportivo Italia. At the time, I was the youngest player ever to make his debut as a professional in the country. Eventually, I consolidated my position in the team under Valdeir ‘Badú’ Vieira, a Brazilian-German manager who ended up coaching the Iran national side and other Middle-Eastern teams.

My idol was Gianluca Vialli. I thought he had an interesting way of playing, and I thought I did similar things in my game. I had followed him closely since his time at Sampdoria, along with Pietro Vierchowod, Attilio Lombardo, Toninho Cerezo. That was a team that played great football under Sven-Göran Eriksson.

I grew up following Italian football at the weekends. My parents were Italian immigrants who made it to Venezuela in the waves of immigration during the 1960s and 1970s.

I have clear memories of us watching football on TV and listening to the Italian commentary on the radio. It was a tradition for us to watch a Serie A game every Sunday.

Once I was in the United States, it was harder to follow football. Studying and playing left me hardly any time for anything else.

After four years, I finished my marketing degree. On the pitch, I broke several records in the college league and also became part of the Venezuelan national team during the qualifiers for the 1992 Barcelona Olympics.

I played in the national Under-23 national team, too, so I was still very much tied to Venezuela, despite being in the US playing college football.

That meant I saw the transformation the United States underwent at the time of the 1994 World Cup up close. That football craze was still very much alive in 1996, when Major League Soccer launched. There hadn’t been a competition for teams since the NASL went bankrupt in 1984.

I joined the MetroStars – who later became New York Red Bulls – and the fans were incredible during the early years. We had average attendances of 30,000 at each game. It was a different league back then, with a lot of college players along with well-known players from the world scene – but the fans clearly loved it.

I scored my team’s first eight goals in MLS. That’s when I earned the nickname 'The Bronx Bomber' in Venezuela, which was inspired by the New York Yankees nickname.

"I scored 14 goals, which wasn’t enough to avoid relegation, but I did earn a move to Millwall"

Three seasons later I signed for New England Revolution, a club that would later help me to go and play in Italy.

Walter Zenga, who had been the goalkeeper for the Italian national side in the 1990s, was the New England coach at the time. He recommended me to Perugia, who had shown some interest in me through my agent.

I was so excited to be in Italy. At last, there I was, in the league I had grown up watching on Venezuelan television. I thought I was playing well enough to make it into the first team, but the directors at Perugia decided to send me on loan to Viterbese in Serie C, the Italian third division.

Our aim was to win promotion for the team to the second division, but we didn’t manage it. That was a great disappointment for me, and we agreed to part ways.

Next, there was an opportunity for me to go back and play in the US, this time with the San Jose Earthquakes.

But that only lasted for a short time. Just four games later, I found myself back in Europe, playing at Swansea in the English Second Division.

I was playing under coach John Hollins (above), the Chelsea legend. He knew how to handle the group, and I was grateful to him for bringing me to Swansea.

"I was able to develop through conversations with former players like Carlos Alberto, Giorgo Chinaglia and Pelé"

In those days, English football had a direct style that was very different to what I was used to – keeping the ball on the ground. I quickly adapted, though – to the team, to the competition and to the direct football.

I scored 14 goals, but they weren’t enough for the team to avoid relegation. They were, however, enough to earn me a contract with Millwall, who were in the First Division.

I thought this was a good opportunity for me because it was a step closer to the Premiership, and it was also in London.

In the end, my time there wasn’t as prolific as I’d had at Swansea. But, as with every team I’d played for, I learned things that now I use as a coach to understand players who come from different places, different backgrounds and different cultures.

Taking the next step in my career was easy. It had always been on my path, ever since I’d started playing.

I took notes from training sessions throughout my playing career. I always watched games from different leagues so I could learn more. How could I be a better striker? How could I perform better?

I also took note of how my coaches did their job. And now I was excited about passing on everything I’d managed to learn.

At the beginning, I combined a position as an MLS pundit at ESPN with heading up the youth development department at Red Bull, before I moved to the Cosmos.

"From day one, Raúl pushed us all to be the best we could be"

At one point, while I was academy director at the Cosmos, they asked me to do a presentation about the direction I thought the team should take.

I designed a structure that would work as a base we could grow from. I was surprised when, several days later, they called me to offer me the position of head coach. Of course, I accepted.

Cosmos offered me a unique professional space where I could develop as a coach. I was able to develop through conversations like the one I had with Carlos Alberto, with Giorgio Chinaglia and with Pelé (above) – players who had made history with the team in the late 1970s.

Their advice was invaluable, as was the support of my players during my seven years at the club. I was lucky to coach players such as Juan Arango, Marcos Senna and Raúl (below). I sincerely think a coach learns from his players, too. Collaboration is always mutual.

I know Raúl has taken the path into coaching, too. I have no doubts that he will do well. He is a true professional.

He came to Cosmos at the end of an amazing playing career, with plenty of silverware to his name, and yet from day one he pushed us all to be the best we could be. That’s what he demanded of us, and that level of competitiveness was important to us.

With him helping to push the players, we made it to five finals in the NASL in seven years, and we won three championships, too. They were very successful years.

We had bad moments, too, of course.

And although they can be tough, they help you grow, too. I learned that in my playing days and will continue to learn from them as a coach, everywhere I go.