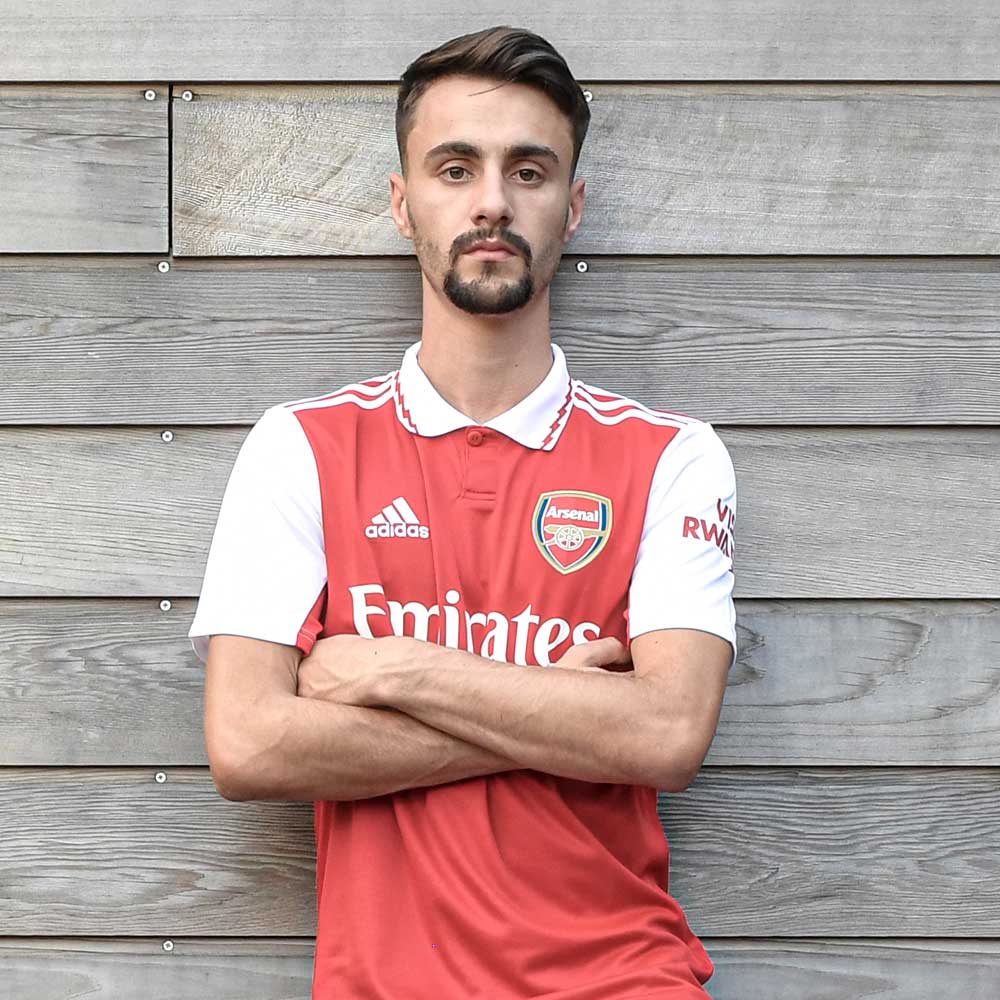 It is rare in modern-day football for a transfer to take almost everyone by surprise, but in signing Fábio Vieira from Porto, Arsenal and Mikel Arteta have produced a signing that has done just that.

Having finished fifth in the Premier League in 2021/22, Arsenal want to improve their squad as they chase Champions League qualification. After they had been linked with a number of high-profile players, however, Vieira's arrival came out of the blue. It has been reported that Arteta pushed hard for a deal to be done, with the Arsenal manager having been impressed with Vieira's performances as Porto won the title in Portugal.

”I am very excited that we have identified and signed such a special talent," Arteta said. "Fábio is a very creative player that will bring high quality and versatility to our attacking play. We welcome Fábio and his family to our club and are looking forward to starting work with him ahead of the new season.”

Fábio Vieira is a left-footed attacking midfielder who does most of his work in central positions, though he also likes to drift into the right inside channel. His main focus is creating chances for teammates, and he particularly stands out for his through-ball ability.

He scans the pitch regularly; doing so just before receiving not only helps him find pockets of space between the lines, but also means he knows when to turn. This results in him moving into a forward-facing position with his first touch on a regular basis – which is a valuable trait. His scanning also helps him spot gaps in the opposition’s back line at an early stage; as he receives, he is aware of the area he wants to target with an incisive pass.

He also breaks the last line with passes over the opposition centre-backs. When he turns on the ball having received between the lines or between opposition midfielders, a centre-forward will set off on a direct run in behind. The through balls he plays along the ground, meanwhile, usually target the gap between the opposing full-back and centre-back for a winger or an overlapping full-back (above).

Vieira also has the ability to create chances from set-pieces, particularly when delivering outswinging balls from the left. He can also provide quality balls after receiving a short pass from a set-piece, delivering from a different angle.

He carries the ball forward well, especially when starting central before drifting wider. One key attribute is his ability to drive forward with the ball while targeting a specific defender to commit to the ball (below). He locks on to his target, knowing they will have to engage him at some point, while keeping an eye on teammates ahead of him who he can look to slip in behind the opposition. As the opponent jumps towards the ball, Vieira times his release well to get a teammate in on goal.

Although he doesn’t dribble and attack opponents one on one as much as a winger, his ability to receive and drive forward helps progress play when passing options are initially limited. He times his bursts and decelerations to lose his direct opponent, before then looking for a penetrative pass.

On occasion, he also looks to break the opposition’s last line through off-the-ball runs of his own – usually through the right inside channel. When the near-side winger drops short, Vieira will make a penetrative movement past the inside shoulder of the opposing left-back (below). If he gets free to receive in behind, he will then look to commit one of the central defenders as quickly as possible to free up a teammate in the middle. If the left-back instead holds their position to cover Vieira’s movement, he will move wide to create space in the inside channel for the winger, who he then looks to find. This is just one example of the kind of clever movement regularly seen from Vieira.

In 2021/22, Porto played in a 4-4-2 or 4-2-3-1 shape under head coach Sérgio Conceição. Vieira was used as the single number 10 ahead of the double pivot in the 4-2-3-1, or as part of a front two in the 4-4-2. Whichever formation was used, Vieira tended to take up positions underneath centre-forward Mehdi Taremi, with wide support from Luis Díaz before his move to Liverpool, and subsequently Otávio or Pepê Aquino.

When central, Vieira often dropped towards the ball, with Taremi focused on disrupting the opposing centre-backs and moving into goalscoring positions in behind (below). This meant Vieira constantly had a central runner to target; his line-breaking passes and through balls to find Taremi brought significant success.

Further support came from Porto’s wingers moving across their full-back marker before running in behind, so Vieira had another option to target with his through balls. Porto’s full-backs would also push forward, giving him wider passing options. The combination of these runs and his exceptional passing made Porto a force to be reckoned with in attack, as they ran away with the league title in 2021/22.

Vieira would also drift wider to receive the ball, especially when up against a double pivot. For the most part, he moved into the right inside channel, before working the ball on to his left foot, where he would be facing back towards the centre of the pitch. With players making runs ahead of him, Vieira attempted through balls or clipped passes over the opposing back line. Deftly hit balls were dropped in behind for Taremi to score some eye-catching goals.

After Vieira took up a narrow crossing position, the right winger moved inside, leaving space around the outside for the full-back to advance into. If no penetrative pass through the middle was on, Vieira instead looked for the full-back, who would then cross for the centre-forward and wingers, who both attacked the box.

From a position in the right inside channel, Vieira usually attempted a cross for the many runners in the middle (above), but also sometimes carried the ball forwards to try and work a position for a cut-back or a square ball across goal. He picked up several assists from these positions, and ended 2021/22 second in the assists chart in the Portuguese top flight, with 14. It will be interesting to see if he can transfer those impressive numbers over to the Premier League with Arsenal.