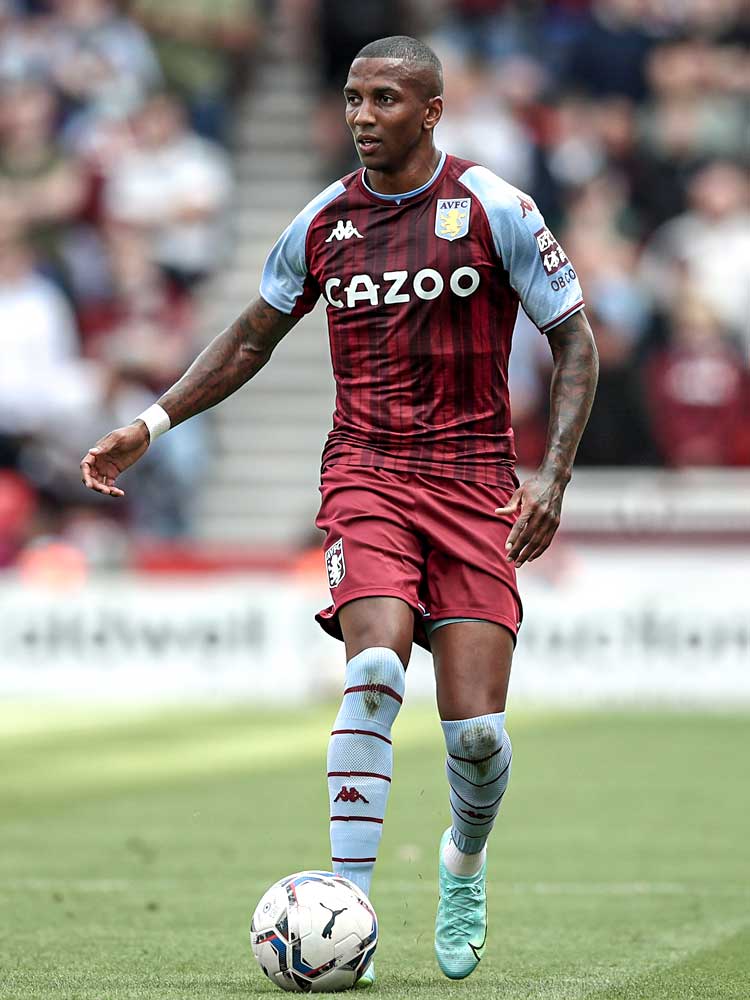 Profile
Ten years had passed since Ashley Young moved from Aston Villa to Manchester United when, at the age of 35 in June 2021, he returned to the club from Inter Milan. It was arguably at Villa under Martin O'Neill that he played the best football of his career, but since leaving Villa, he has also become as proven as a full-back and wing-back as he was as a wide forward under O'Neill.

In his absence, Villa were relegated before being so impressively rebuilt by Dean Smith that they are at their strongest since Young's departure. Young is no longer as explosive as he once was, but he returns as an experienced and more cultured player who has won Premier League and Serie A titles, featured heavily at a World Cup, and extensively in the Champions League. "Ashley brings with him a wealth of experience of top-level football both at club and international level and he is joining having just won a league championship in Italy," Smith said. "He is a player who can play in a number of positions."

Tactical analysis
Once a wide forward, Young seamlessly fitted into Antonio Conte's 3-5-2, operating from either side as a wing-back having adopted a defensive role in his time at Old Trafford and when playing as England's left wing-back at the 2018 World Cup. He is more comfortable on the left, from where he is able to cut infield and on to his favoured right foot, but he can also play on the right.

From the right he mostly retained a wide position, inviting his closest central defender to drive forwards with possession. At his most comfortable crossing with his right foot, he advanced further compared to when positioned on the left, creating spaces for the right-sided central defender to move into. When on the left Young possesses the ability to play reverse passes towards the strikers in front of him. He used Romelu Lukaku’s ability to hold off defenders and retain possession high up the pitch – a particularly useful approach when Inter were building from deep territory and under intense pressure, or if a central midfielder couldnt’t be accessed with a direct pass.

Young also possesses the ability to create crossing opportunities from particularly wide positions. Both Lukaku and Lautaro Martínez represent potent aerial targets and often advance across their marker inside the penalty area. If both of Inter's attacking midfielders and the wing-back on the opposite wing also attacked his crosses, Young had numerous potential options. It was on his debut that he created Martínez's headed goal with a perfectly-placed cross from the right (below). Though on the left Young can still attack around the outside and deliver off of his weaker foot, when used as the left wing-back he inevitably attempts to turn back and play off of his right, and to deliver inswinging crosses.

Doing so poses opponents a new challenge, through those deliveries often targeting the spaces behind them, but Young’s delivery will regardless be delayed because of the need to work the ball on to his stronger foot, giving defenders more time to get into position. He also requires closer support from central midfield when playing from the left, which could force Conte into changing the composition of his midfield. With Young on the right Inter could select one deeper midfielder and two box-to-box players capable of advancing and offering cut-back options – and Christian Eriksen, Nicolò Barella, Arturo Vidal, Robert Gagliardini and Stefano Sensi were particularly effective options. With Young on the left, a double pivot was required so that he consistently had a square passing option when he turned infield, meaning only one attacking, central midfielder, and therefore Inter having a reduced attacking threat.

Role at Inter Milan
If that approach meant fewer runners into the penalty area, Young can still bend passes around the corner – a trademark of one of Conte's teams – towards Inter's strikers (below). Possession could then be set back to an attacking midfielder while he was facing forwards. Theirs was an ideal attacking pattern when attempting to penetrate a compact defensive block, but when that option wasn't available Inter’s deeper midfielders could provide close support to Young, creating the passing options required to retain possession.

After running into different positions – including towards the far post – Inter's wing-backs were instructed to deliver crosses from new angles and therefore increase the variety they offered. They also worked to preserve Conte's favoured front two by one making that nature of run when either striker had withdrawn into a deeper position, contributing to Inter's attacking midfielders increasingly operating from outside of the penalty area and, should those wing-backs be more central, drifting wide. In the same way their wing-backs' movements enhanced their attacking potential, they also made Inter's defence more resilient. Their back three and defensive midfielder received greater support because their attacking midfielders' positioning meant that they were considerably less exposed.

Pace has for some time no longer been a significant strength, but Young's effectiveness isn't being undermined. He retains the ability to dummy a cross and turn back on to the other foot to create space to play into the area, as he has throughout his career. He also added further experience to the left side of Inter's defence, where he often played in front of Alessandro Bastoni, Inter's young central defender, or where he could feature at full-back if they were pressing with a 4-4-2. Playing on the left of a back three between Stefan de Vrij and Young in Serie A gave Bastoni the perfect platform with which to develop.

Theirs was a partnership that benefitted Young. The athletic and exuberant Bastoni was capable of moving to cover the spaces he vacated – particularly when opponents attempted to counter into that channel.