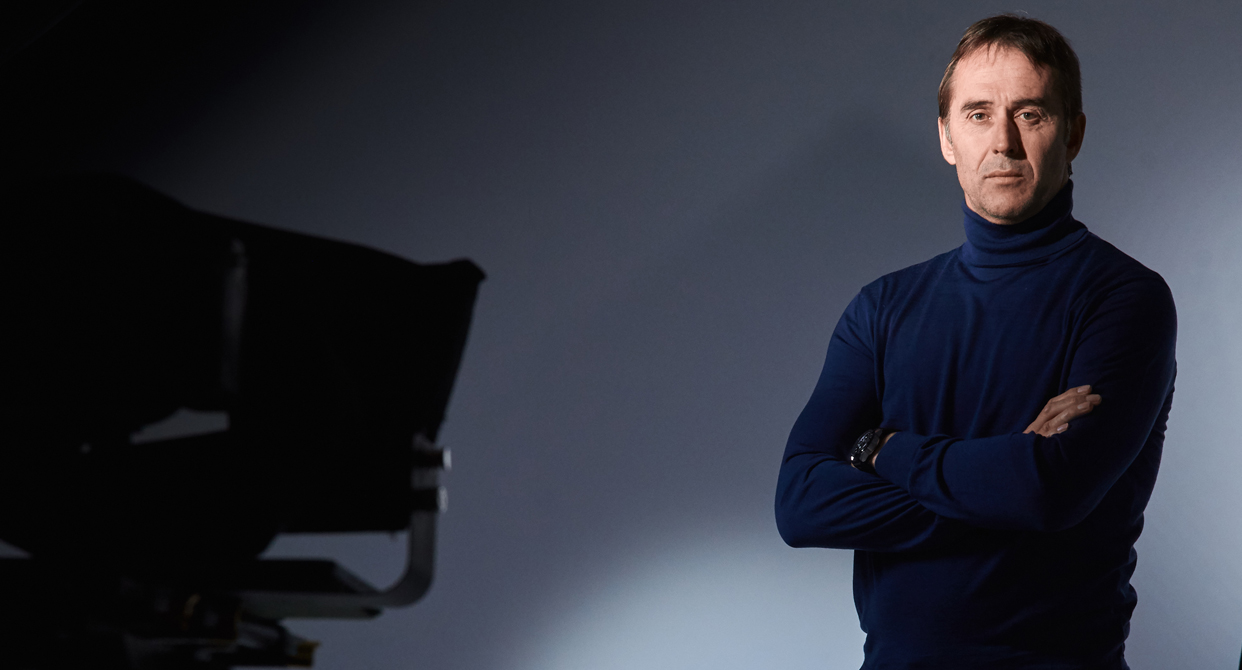 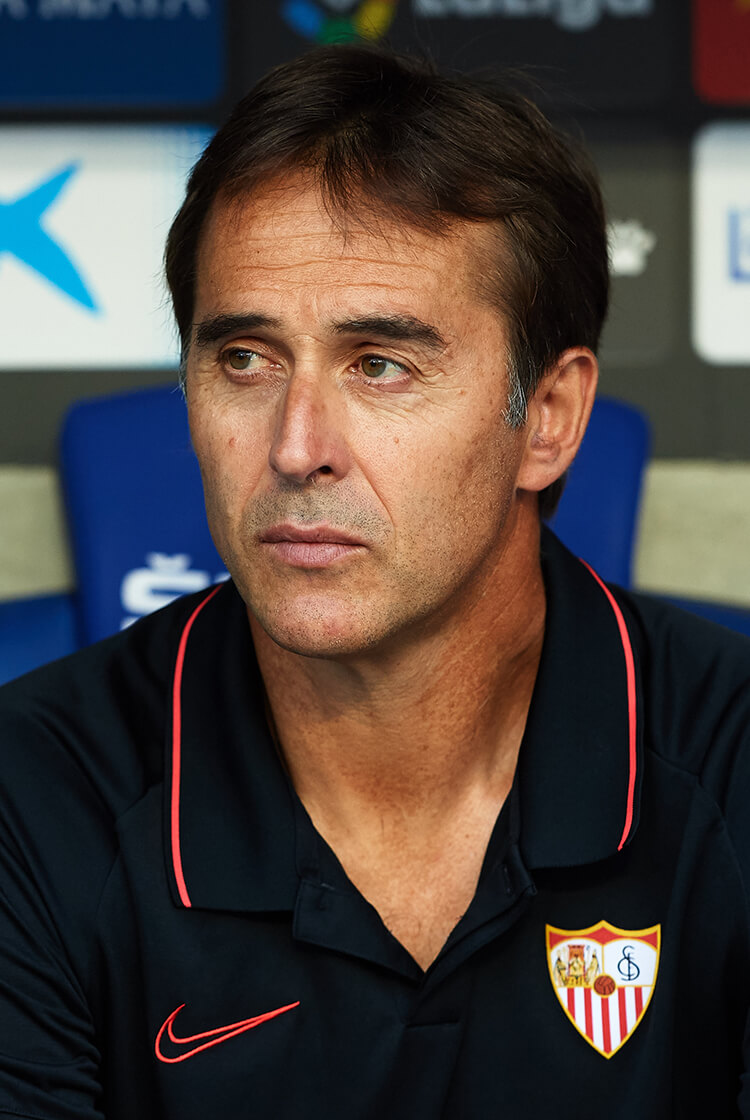 Profile
Few managers have successfully rebuilt their reputations to the extent Julen Lopetegui did after a difficult 2018, when Spain sacked him on the eve of the World Cup for agreeing to join Real Madrid and Real sacked him four-and-a-half months later. The Spaniard has, since then, set an admirable example with Sevilla. In his first full season as their manager he has given them the identity that earned him such respect with Spain Under-21s, Porto and then Spain's senior team, and inspired them to qualify for the Champions League.

None other than the revered Monchi, their director of football, oversaw his appointment, which has given them a sense of stability perhaps absent since the departure of Unai Emery in 2016. "He needs to win," Monchi had said at their new manager's unveiling, and for all of the pressure he was under, Sevilla often have. The system that once made them one of Europe's best run clubs appears to have been rediscovered.

Playing style
Lopetegui took the approach he oversaw with Spain Under-21s' successful European championship winning team of 2013  to Porto, where he was followed by Óliver Torres and Cristian Tello. Both teams employed a passing game, and featured technically gifted players in midfield.

Porto developed a very attacking 4-3-3 formation with which they built from defence. Their defensive line sought to establish a quick link with the two pivots, Casemiro and Héctor Herrera, in midfield in an attempt to create an overload that in turn would contribute to their attacks; Casemiro and Hector also provided the defensive cover required to invite their influential full-backs Danilo and Alex Sandro to join attacks.

A further, consistent feature of one of Lopetegui's teams is his employment of a false nine or withdrawn striker to draw a central defender out of position and create an imbalance in opposing defences. Yacine Brahimi, working with his back to goal before combining with those around him, fulfilled that role at Porto, who were also organised to apply an intense counter-press.

As Vicente del Bosque’s successor with Spain, Lopetegui rebuilt the national team without changing the identity that had brought them such success. They prioritised creating spaces in the inside channels – Isco, influential with Spain Under-21s, and David Silva became increasingly significant – from what was also a 4-3-3. If their build-up phases began with their goalkeeper David de Gea linking with the wide-moving Gerard Piqué and Sergio Ramos, playing in central defence between the advancing Dani Carvajal and Jordi Alba (below), in front of them Sergio Busquets worked to ensure that they remained balanced and to further that build-up.

Andrés Iniesta and Koke, playing either side of Busquets in that midfield three, adopted narrow positions to create numerical advantages with the striker and at least one of the two wide forwards in front of them, all three of which offered constant movements in an attempt to lose their markers and to encourage passes in behind. The passing approach led by Alba, Iniesta and Isco, often through the use of triangles, a third man, changes of pace and short passes, led to them retaining their desired overloads (below), and ultimately created their most consistent goalscoring opportunities.

Lopetegui attempted to apply a similar approach in his next position, at Real, but their 4-3-3 also often became a 4-2-3-1. Their full-backs, Carvajal and Marcelo, provided their attacking width so that those in more attacking positions could focus on finding spaces in central areas of the pitch; where Carvajal sought to cross towards the far post, Marcelo favoured playing short to those inside.

With opponents working to limit those spaces and limit the passing options available to Isco, Luka Modric and Toni Kroos, Real would play short passes until the spaces they sought appeared. Modric and Karim Benzema complemented those efforts – Kroos often withdrew to alongside Casemiro – with movements designed to create those spaces.

Sevilla have since been rewarded for giving Lopetegui the time Real would not. Again favouring a 4-3-3 (below) and a 4-2-3-1, they consistently demonstrate a sense of balance and a sound grasp of possession, and attack into the final third with options and overloads. When in possession they seek to slowly circulate the ball to create spaces in central areas. Fernando, their defensive midfielder, adopts a position between their central defenders to encourage progressing possession, often doing so in relation to the press their opponent is applying and in an attempt to create a three-on-two at the start of those attempts to advance.

From midfield, the departing Éver Banega identifies when to make short or long passes, and is largely responsible for setting the tempo with which they attack or defend. Óliver Torres and Lucas Ocampos move to the inside channels, where they work to escape their markers and to receive possession while facing forwards.

While their passing game impresses, Sevilla's intensity is their greatest strength and contributes to their balance. Their full-backs Jesús Navas and the on-loan Sergio Reguilón add a further layer in the final third, and are instructed to advance and either play crosses or passes in behind defences towards those contributing to the second wave of their attacks.

Pressing and defending
Lopetegui's teams demonstrate a similar consistency when they are without possession. Porto's counter-press was complemented by a high and compact defensive block; that intense press was applied in the outside channels, where they often worked to create three-on-ones via the relevant full-back, midfielder and midfield pivot and to limit passing lanes. Their central defenders, Maicon Roque and Iván Marcano, remained particularly disciplined to ensure that their manager's desired shape was preserved.

Spain pressed with a 4-3-3 and a high block in which every player was aware of their specific defensive responsibilities, and which opponent to mark. They similarly knew when an intense press was preferable over closing down spaces, or directing opponents to specific areas of the pitch, to preserve their desired defensive shape and to protect their central defenders.

Sevilla use a mid-block from a 4-3-3 and a consistently high press (above) before evolving to use a high block. When their press is applied following losses of possession, the player closest to the ball attempts the first challenge, and those around him work to create three-on-twos to restrict spaces during the opponent's build-up phases and to force them to play possession backwards.