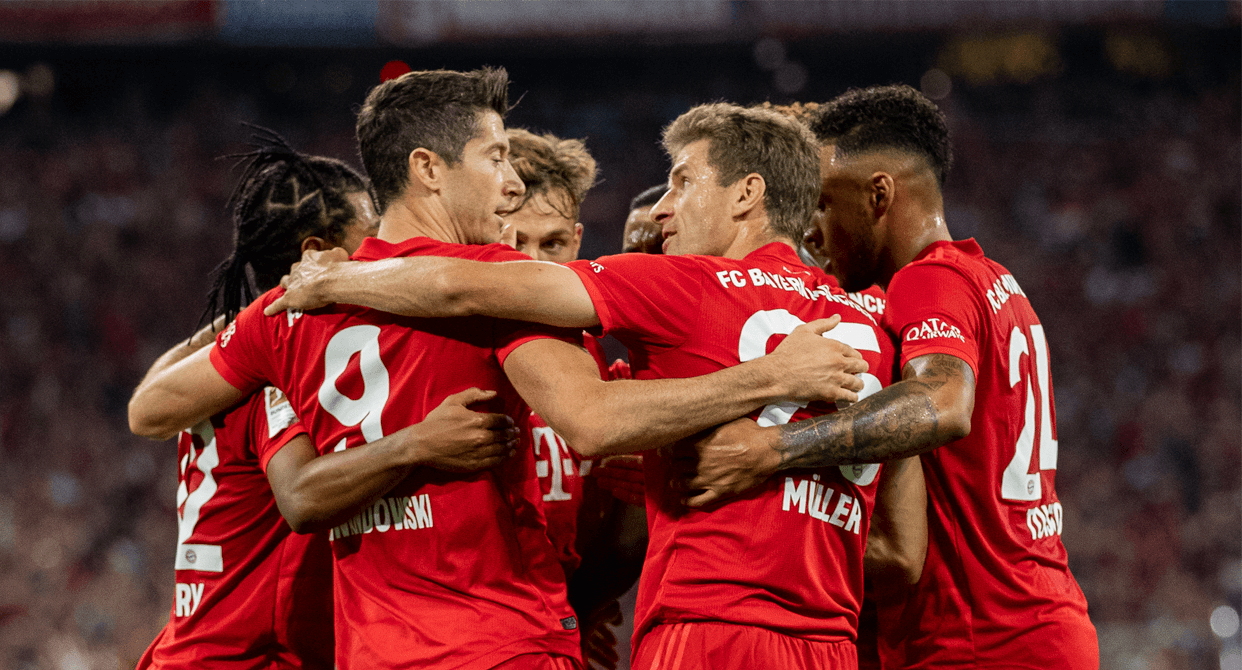 The group stages of the 2019/20 edition of the Champions League begin on Tuesday. In our Group B preview, The Coaches’ Voice experts have analysed the hopes of Red Star Belgrade, Bayern Munich, Olympiakos and Tottenham – and predicted who will finish where.

1st: Bayern Munich
German champions Bayern Munich have reached the competition’s group stage for the 23rd time – only Barcelona and Real Madrid, both with 24, have surpassed that total – and their squad depth and options for rotations will prove key if they are to progress further. Their improved squad may even prove capable of finishing the season as European champions; with the exception of left-back, they have sufficient cover to rest and rotate over a long campaign.

Similarly to Philipp Lahm, Joshua Kimmich can convincingly play as both a defensive midfielder and a right-back. His passing from deep positions, or crosses from wide areas, are hit with both speed and accuracy, and he is an effective presser in both midfield and defence. That patience in wide areas means he can delay opponents, and his energy from midfield helps recover possession further upfield.

Thomas Müller, who has amazingly only just turned 30, also offers multiple options. That he has become a less prolific goalscorer owes to him being used more as a number eight, where he receives in the inside channels and combines with an overlapping right-back before making late runs into the penalty area (above).

2nd: Tottenham
Tottenham enter their fourth successive season in the Champions League group stages, having reached the 2018/19 final on the back of excellent support given to Harry Kane and their goal returns from midfield. The departures of Fernando Llorente and Vincent Janssen means Kane (above) is their only senior, recognised striker, so that support will once again be key.

The ability of Lucas Moura and Son Heung-min to score crucial goals was significant when Kane was injured. That pair, and Spurs' other attacking midfielders, are particularly proven at providing penetrative movements around and ahead of the England striker. The powerful focal point he provides means Spurs can quickly turn possession into attack, through direct and sharp combinations into the final third.

Their manager Mauricio Pochettino should perhaps regardless be wary that moving Kane away from the penalty area for extended periods, while enhancing their transitions into attack through his link play with prolific runners, robs them of his predatory instincts and world-class finishing close to goal.

3rd: Olympiakos
Head coach Pedro Martins' attempts to find a role for new signing Mathieu Valbuena has led to a change of position for the long-term attacking midfielder. The Frenchman had previously largely played as a winger, but under Martins has been given a more central position, either as the number 10 in a 4-2-3-1, or as the second striker in a 4-4-2.

Valbuena has regardless preserved his nimble approach to advancing possession, but when between the lines his ability to send incisive balls through opposing defences has improved his link-up play. His lateral movements to receive away from central areas and move towards inside channels – and sometimes even wider areas – can also change the angle of delivery when looking to penetrate in behind, create passing lanes to the Olympiakos front line.

Wingers Daniel Podence and Giorgos Masouras support Valbuena by providing frequent and direct runs in behind (above) as they look to receive. Valbuena’s offerings around the edge of the penalty area also create more space for the main striker, either Youssef El Arabi or Miguel Ángel Guerrero.

4th: Red Star Belgrade
The results of Vladan Milojevic's team during the past 12 months have relied heavily relied on the goal returns of striker Milan Pavkov (above), winger Ben and captain Marko Marin. Pavkov’s movements for a striker often resemble those of Harry Kane; he moves away from defenders but rarely penetrates in behind during midfield build-ups, instead looking to withdraw and attack cut-backs.

While he favours his left foot, Pavkov is a strong finisher with both feet, which is crucial to his success from reversed assists. Ben's forward runs are a significant support; he looks to bend them inside the defending full-back to attack the relevant central defender while the other is drawn by Pavkov as he withdraws to link with Marin between the lines. Ben's movements complement Marin's slick, vertical passing from his usual advanced-midfield role.