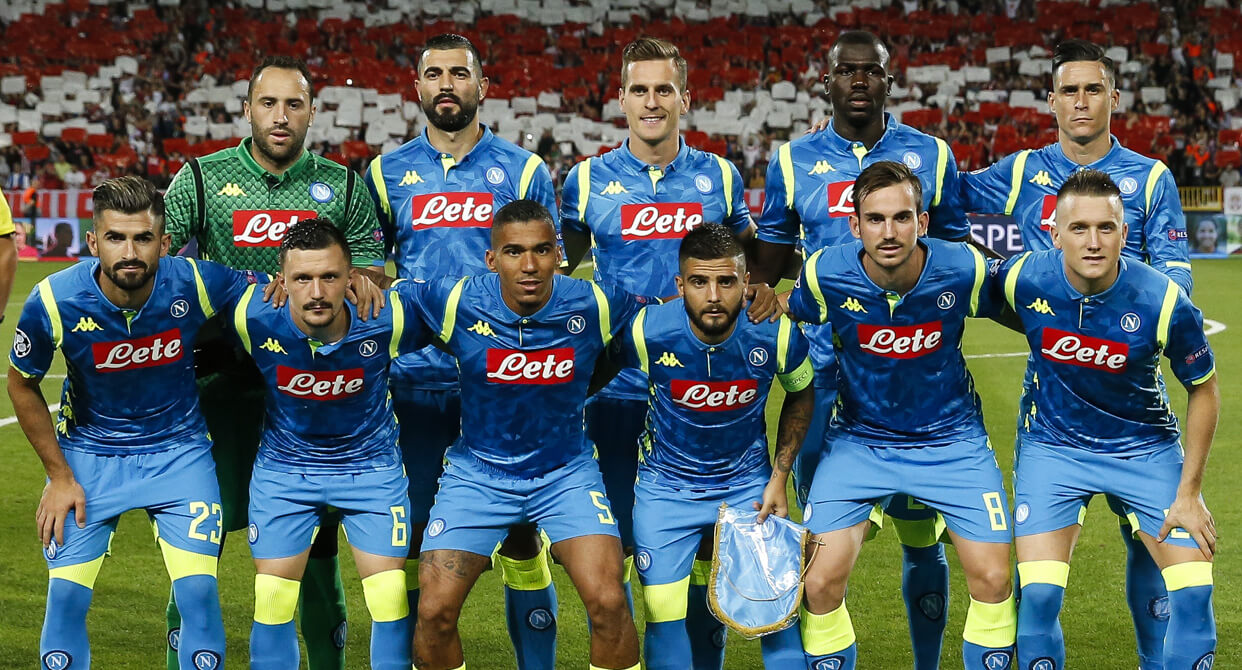 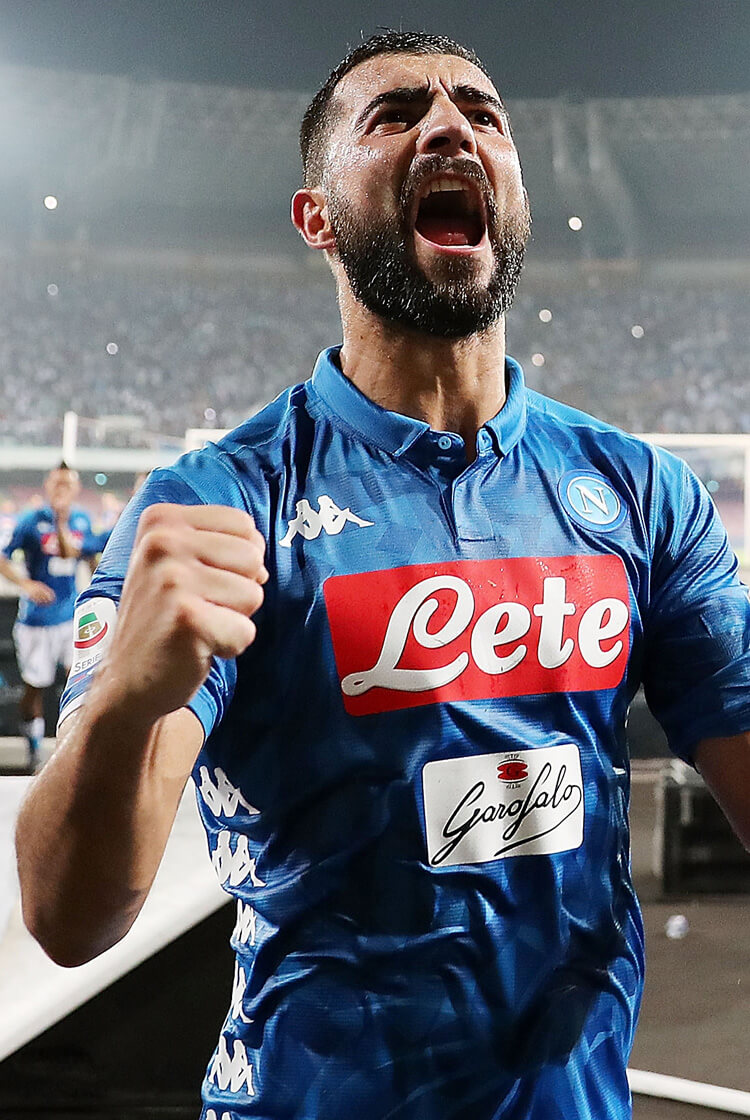 Head coach
After winning domestic titles in England, France and Germany, Carlo Ancelotti returned to his native Italy to take over as Napoli head coach for 2018/19. After a nine-year absence from the Italian game, Ancelotti signed a two-year deal, despite being heavily linked with the then vacant national team role.

Ancelotti (below) has an incredible track record in the Champions League. He is only one of three coaches, along with Bob Paisley and Zinedine Zidane, to win three European Cup/UEFA Champions Leagues, and one of only two to have managed in four finals. Twice a winner with Milan, where he also won one Serie A title, and once at Real Madrid, the 59-year-old is one of the most widely respected coaches in world football. This new role with Napoli could be his toughest yet, however, with Juventus having a firm grip on Italian football and his new team having been drawn in a shocker of a Champions League group against Liverpool and former employers Paris Saint-Germain.

So far in his tenure, Ancelotti has largely continued with the 4-3-3 structure that proved successful for predecessor Maurizio Sarri. However, in Napoli’s opening Champions League clash with Red Star Belgrade, Ancelotti converted to a 4-4-2; the subsequent 0-0 draw represented two points dropped in a group where that could prove disastrous.

Structure
In recent seasons, Napoli have almost exclusively used a defensive back four. Their defensive structure is largely held in shape via their two regular central defenders, Raul Albiol and Kalidou Koulibaly. These two tough-tackling defenders are also responsible for instigating the short build-up from the goalkeeper, as they drop deep along the sides of the penalty area and look to build through the thirds (below).

Napoli’s wide attacking approaches vary, with right-back Elseid Hysaj less likely to overlap than the left-sided Mario Rui (or regular first choice but long-term casualty Faouzi Ghoulam). Hysaj will still move forward, particularly when right winger Jose Callejon makes diagonal runs across the back line, looking to receive balls in behind from captain Marek Hamsik. Callejon prefers to play a more traditional wide role, however. Where possible, he will attack around the outside of his opposing full-back and drive low crosses into the penalty area – this naturally limits Hysaj’s overlapping opportunities.

The right-footed Lorenzo Insigne tends to play wide left, but he often rotates inside, creating space for the left-back to provide attacking width. From here, the left-sided central midfielder – either Hamsik or the emerging Piotr Zielinski (see below) – steps across to in effect create a rotating left-sided triangle of players (below, right).

The departure of pivot Jorginho for Chelsea has damaged their midfield structure, as Napoli have been forced to drop Hamsik back from his advanced central midfield role into a deeper-lying position. Without Jorginho’s consistent movement and passing in the central lane, Napoli have lost their chief conductor. This could explain why Ancelotti has recently moved to a 4-4-2 shape; losing their central cog has resulted in less stable spells of possession.

Attacking threats
In attack, Napoli possess an array of individual talents, all capable of winning games against even the best opposition. Under Sarri, Napoli performed an aggressive high-pressing game not unlike that of their Champions League group opponents Liverpool. Although the consistency of the high press is fading under Ancelotti, who commonly utilises a mid-block, domestic goals against both Milan and Fiorentina this season prove that Napoli’s front line is still more than capable of punishing any sloppy build-up work from Alisson and co.

Napoli make particularly great use of third-man combinations when attacking. Insigne’s ability to cut inside and clip deft balls over defences (above) is a real asset in particular. From here, Callejon can run in behind from the right side, and slip first-time crosses across goal for the central forward – whether either Arkadiusz Milik or Dries Mertens – to tap home at the far post. Should Liverpool allow full-backs Trent Alexander-Arnold and Andy Robertson to maraud forward as usual, Napoli could make use of access to the wide areas in moments of transition.

Should Napoli continue in a 4-4-2, and build in a similar pattern to when using a front three, the key to attacking Liverpool will be to occupy Virgil van Dijk. Since joining Liverpool, the Dutch defender has added organisation to the back line, and is a commanding aerial presence. However, both goals scored by Paris Saint-Germain in their recent 3-2 defeat at Anfield involved taking van Dijk out of the equation. Edinson Cavani’s presence stopped him from clearing the danger for the first, while Neymar’s dribble pulled him away from eventual goalscorer Kylian Mbappe for the second. If Milik can occupy van Dijk, space might be left for the likes of Insigne, Mertens or Callejon to exploit.

Potential weaknesses
After seven games of the Serie A season, only four teams had conceded more goals than second-placed Napoli. While more than one of the 10 they have shipped have been little short of sensational – Fabio Quagliarella’s effort for Sampdoria is definitely worth a YouTube – their cover in midfield is certainly lacking organisation.

The build-up to the goal they conceded in a 2-1 win at Lazio on the opening day of the season (above) is a fine example of the gaps between their high pressing unit and the remaining defence. With Liverpool likely to keep at least three players high during their build-up, Napoli will need a rethink in midfield to stop access being so easily afforded into the opponents’ attackers. Despite being deployed as the pivot to replace Jorginho, Hamsik’s aggressive pressing nature is still on show above; he often steps high to support Insigne and co as they press the short build. This leaves huge spaces within the central lane, which a team like Liverpool will surely look to exploit.

Napoli may also be vulnerable if their back line continues to step high, leaving huge spaces in behind, as AS Roma did to catastrophic effect against Liverpool in last year’s Champions League semi final. With the front line stepping high to press, the back line is then forced to match this by moving to the halfway line. Ancelotti will have to think very carefully about adopting a high press against the Liverpool build.

Piotr Zielinski, 24, Midfielder
After joining Napoli from Serie A rivals Udinese in 2016, Zielinski was frequently rotated in and out of Napoli’s central midfield unit, with Maurizio Sarri preferring the trio of Jorginho, Allan and Hamsik. Zielinski fought his way into the side, however, and is now beginning to make his mark.

The Polish international can play as part of a central midfield trio, or as a left midfielder in a 4-4-2, as recently used by Ancelotti. His ability to link the play along the left side (below) helps Napoli build short, as well as penetrate into the final third. His movements and angles to receive offer consistent outlets for his teammates to progress the ball forwards, while he can also receive in tight areas and is surprisingly sharp when exploding away from pressure. His Cruyff turn to avoid markers is a particular trademark – he is one of few players who can genuinely perform the turn on both feet.

This ability to use both feet is Zielinski’s main asset. Whether receiving from a defender in a deeper role, or breaking a low block around the penalty area, he can effectively pass, dribble, turn and shoot off his left side (below) despite being mainly right-footed. His deception in the final third, coupled with forward movements from teammates, is a great source of Napoli’s attacks, as his disguised actions can penetrate the most compact of defences.