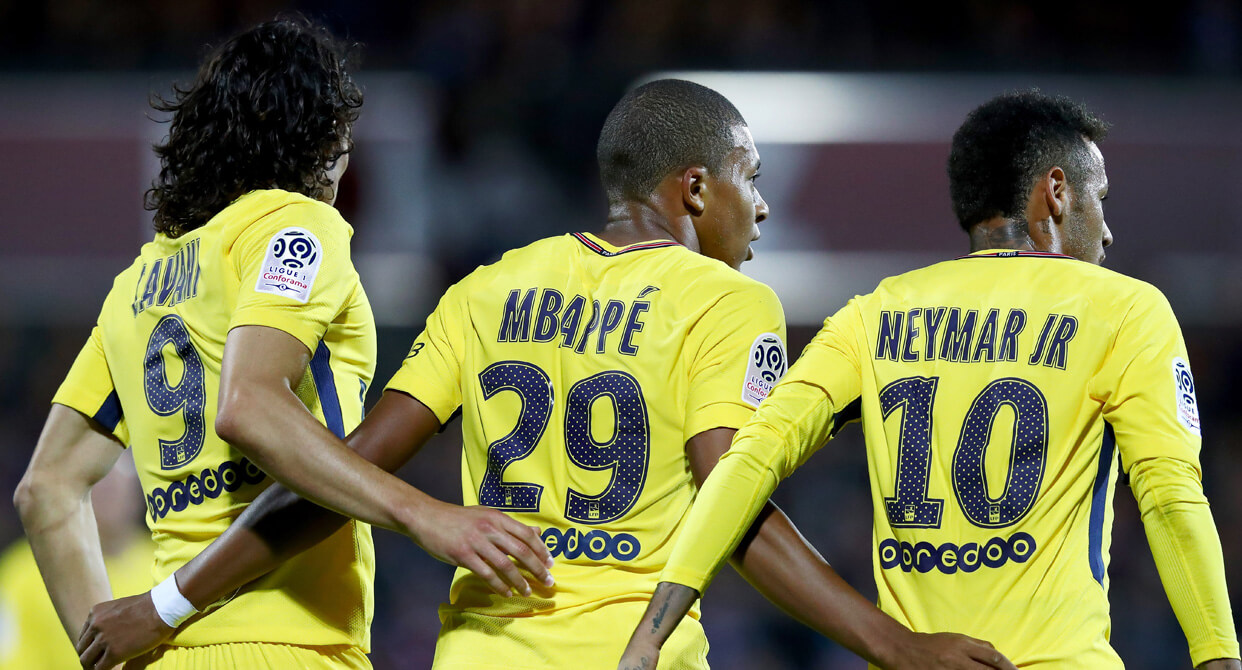 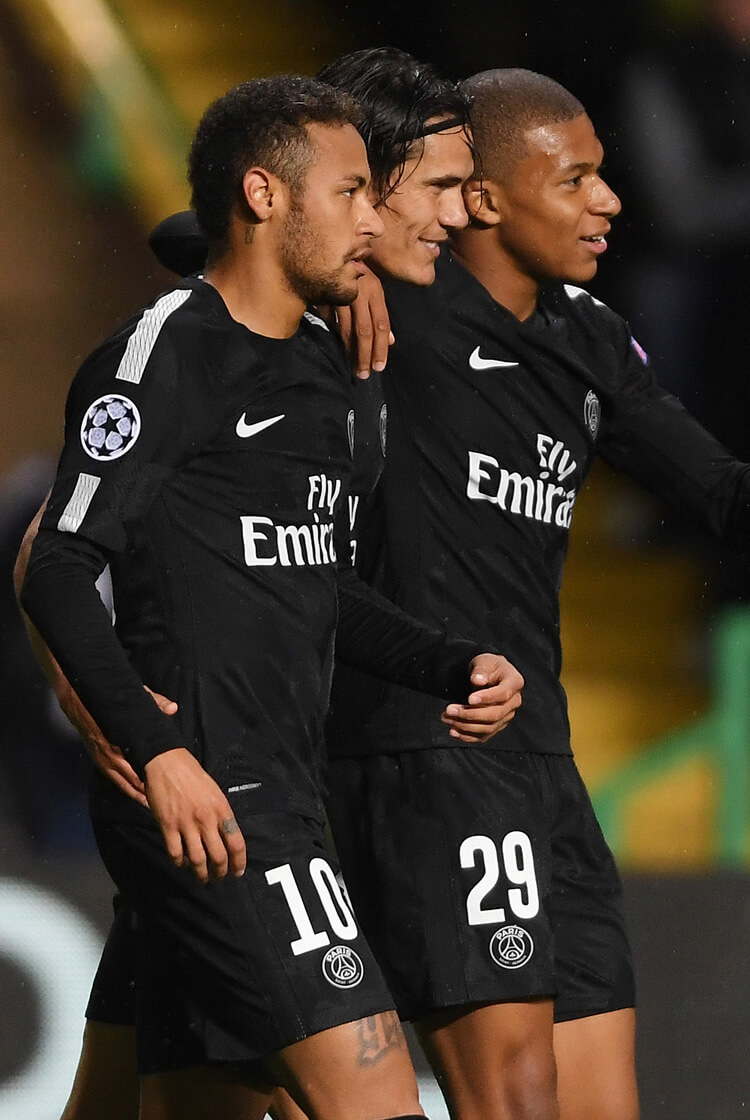 Head coach
German coach Thomas Tuchel took the reins at Paris Saint-Germain in the summer of 2018, after successful spells with Mainz and Borussia Dortmund in his homeland. His predecessor Unai Emery wasn’t offered an extension to his contract despite winning the domestic French treble in the 2017/18 season – an indication of the size of the challenge ahead for Tuchel.

The 45-year-old’s coaching path in Germany followed that of Jurgen Klopp, whose Liverpool team Tuchel and PSG face in their Champions League opener. He progressed Mainz from a newly promoted club into one challenging for Europa League qualification, and signed off his two-year spell at Dortmund with victory in the German Cup. After a year out of management, he has returned with five wins and 17 goals from his first five games in charge.

As a coach, Tuchel (above) isn’t afraid of unorthodox methods – cutting the training pitch into a diamond to encourage diagonal runs on goal proved successful for his attackers at Mainz, while he made his defenders hold tennis balls to discourage shirt pulling at Dortmund. Despite showing flexibility in his formation, his preferred 4-1-4-1 structure – coupled with very high full-backs – allowed his Dortmund side to dominate possession in the midfield third, and effectively press high and counter-press in advanced areas.

Structure
Tuchel has started at PSG with a 4-2-3-1 or 4-3-3 structure – the formations his current crop of players have been most accustomed to – although he did appear to switch to a 3-5-2 in the 3-1 home win over Angers in late August.

The head coach’s tactics are also likely to differ in Europe, where the attacking superiority of attacking players such as Neymar, Edinson Cavani and Kylian Mbappe may not be quite so devastating as they are against inferior and overloaded domestic defences. In Ligue 1, PSG can set up with more players behind the ball to cover defensive transitions – the main threat they face, as they dominate possession against nearly every domestic opponent.

The defensive back three Tuchel tends to set up with in possession allows Neymar and Mbappe to support Cavani within the inside channels and creates space in wide areas for wing-backs such as Thomas Meunier, Dani Alves, youngster Stanley N’Soki or even Angel Di Maria – who can fulfil this role down the left – to get forward.

Should Tuchel want the wide forwards to remain wide, leaving the inside channels free, then a 4-1-4-1 structure as he used at Dortmund could come into play. Central midfielders such as rumoured Liverpool target Adrien Rabiot, Marco Verratti, Julian Draxler and even Neymar could all provide attacking movements within the inside channels, allowing Mbappe and Di Maria to isolate their opposing full-backs.

Arguably PSG’s biggest group-stage test in this season’s Champions League comes in their opening match – a trip to Anfield to face last season’s runners-up Liverpool. Scoring at Anfield on a European night is notoriously difficult – as Porto, Manchester City and Roma all found out last term – so it is likely that Tuchel will revert to a back four behind two defensive midfielders.

With Verratti and veteran midfielder Lassana Diarra both struggling for fitness, it is very possible that central defender Marquinhos (above, right) would step up into defensive midfield, forming a double pivot alongside Rabiot and against the dangerous Liverpool attack. From here, Neymar could be utilised in a number 10 role to support Cavani in the central lane, allowing for Mbappe and Di Maria to attack Liverpool’s full-backs from wide areas.

Attacking threats
Tuchel is no stranger to attacking football – his Dortmund team didn’t lose a single league game at home in his two seasons in charge.

Thus far in Ligue 1, Marquinhos has stepped up into a defensive midfield role when out of possession, forming a double pivot with Rabiot. During the build, however, he has frequently dropped into the back line, creating a deep diamond with Thiago Silva as the base, Presnel Kimpembe and Marquinhos either side, and Rabiot as the tip (below). This allows for a smooth build to the halfway line, where the majority of PSG’s domestic opponents create either a mid or low defensive block.

From here, both full-backs provide the width in attack, allowing PSG to set up with four attackers within the central lane and inside channels (above). If the PSG back line can tidy up their penetrative passes into that attacking quartet, the French side will create chances against any European opponent.

Getting the best out of Neymar is also key to PSG’s success. So far this season, Tuchel has often used the Brazilian talisman as a central attacking option, rather than from the left – as seen last year under Emery and previously with Barcelona.

The front line and wing-backs are charged with pinning the opposition defence as far back as possible during the build, thus creating more central space for Neymar to receive (below). He is world-class when receiving with pressure behind him, as he can spin and turn his marker in an instant. Then, with enough momentum, he can centrally combine with electric short passes and trickery in tight areas. Neymar’s deeper positioning, often dragging two defenders with him when showing for a shorter pass, also creates more space for Mbappe and Cavani to receive and shoot inside the penalty area. If Tuchel can successfully manage the potentially competing egos in his front three – let alone those in the wider squad – he has on his hands an attacking trio that can be devastating.

Potential weaknesses
PSG look to condense their opponents into their own half, cutting off various angles for them to transition into attack. As the full-backs/wing-backs move higher into attack, the defensive midfielders will provide cover from the inside channel. Rabiot and Marquinhos have been tasked with regaining the loose ball after defensive clearances, in order to maintain PSG’s dominant attacking structure. The pair do a good job at recovering possession in central areas, but are susceptible when dealing with clearances towards the wide areas.

Should an opponent such as Liverpool manage to win the loose ball in wide areas, then PSG are much weaker during the defensive transition. As both full-backs have moved higher, the distance for them to recover back along the flanks is subsequently far greater. This means, should Rabiot and Marquinhos not claim the loose balls, PSG’s two covering central defenders can be exposed, especially when up against direct and quick attackers such as Liverpool possess (below).

The left-back area for PSG is perhaps one to keep an eye on. Youngster Stanley N’Soki has only just broken into the first team, and at a tender 19 years of age is yet to come up against any truly world-class opponents. His potential battle against Mo Salah will be of great interest, as the left-back will have his work cut out when defending Salah’s inside movements.

Neymar, 26, Forward
The Brazilian superstar moved to PSG in the summer of 2017, in a shock €222m move that remains a world record transfer fee. Despite the hefty price tag, Neymar settled in well – he scored 28 goals from 30 appearances in all competitions before injury cut his season short in February. Without him for the second leg, PSG were dumped out of the Champions League by Real Madrid in the last 16.

Under Emery last season, Neymar played every match as a left-sided attacker, usually supported by Yuri Berchiche or Layvin Kurzawa overlapping from left back. But Tuchel has already moved him into a more central role for half of PSG’s matches so far this campaign (above), as he looks for a central creator rather than a winger cutting inside.

Despite spending more time roaming the opposition half under Tuchel, Neymar still adds his explosive dribbles and skilful touches in tight areas to every PSG performance. A common pattern of play this season has seen Neymar begin centrally and dictate play from a much deeper position. From here, he helps the PSG midfield work the ball into the overlapping full-backs/wing-backs, and then provides late central runs into the penalty area from deep (below). Compare this to last season, when he would remain wide left and then dribble back inside or cross into the path of Cavani.

Neymar has also added late supporting runs forward from a deeper starting position, making himself available for cut-back crosses. These runs often occur after crosses from the right side (below), where Mbappe and Meunier have forged an excellent and extremely dangerous understanding.