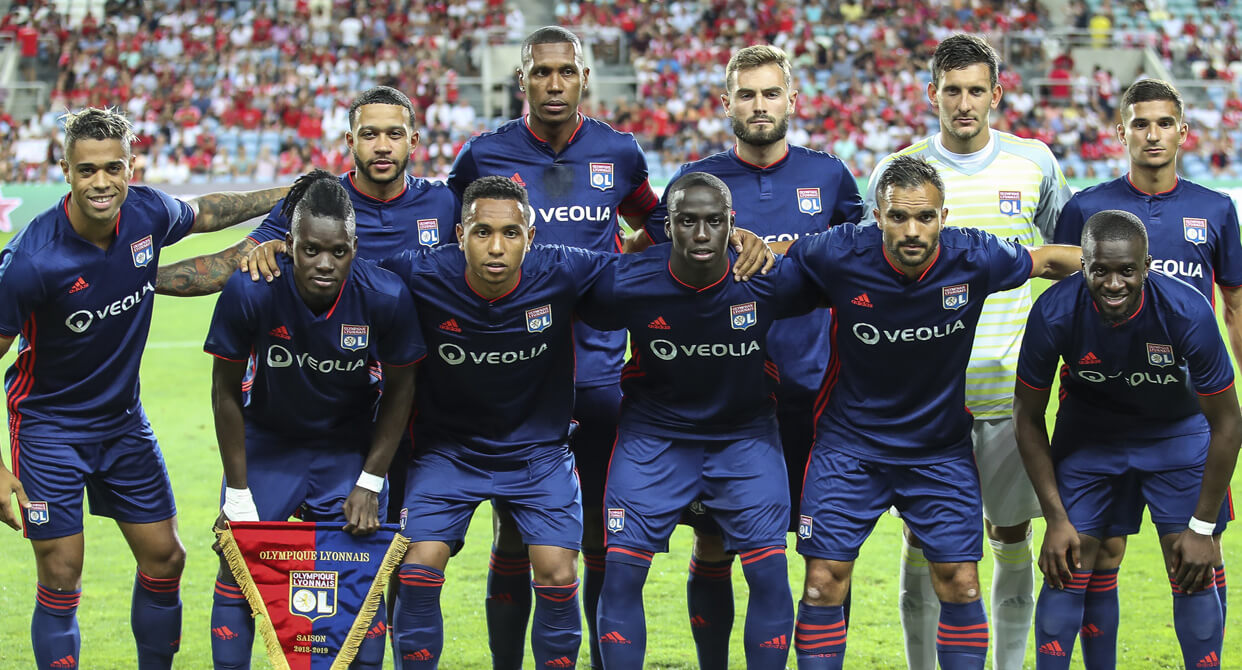 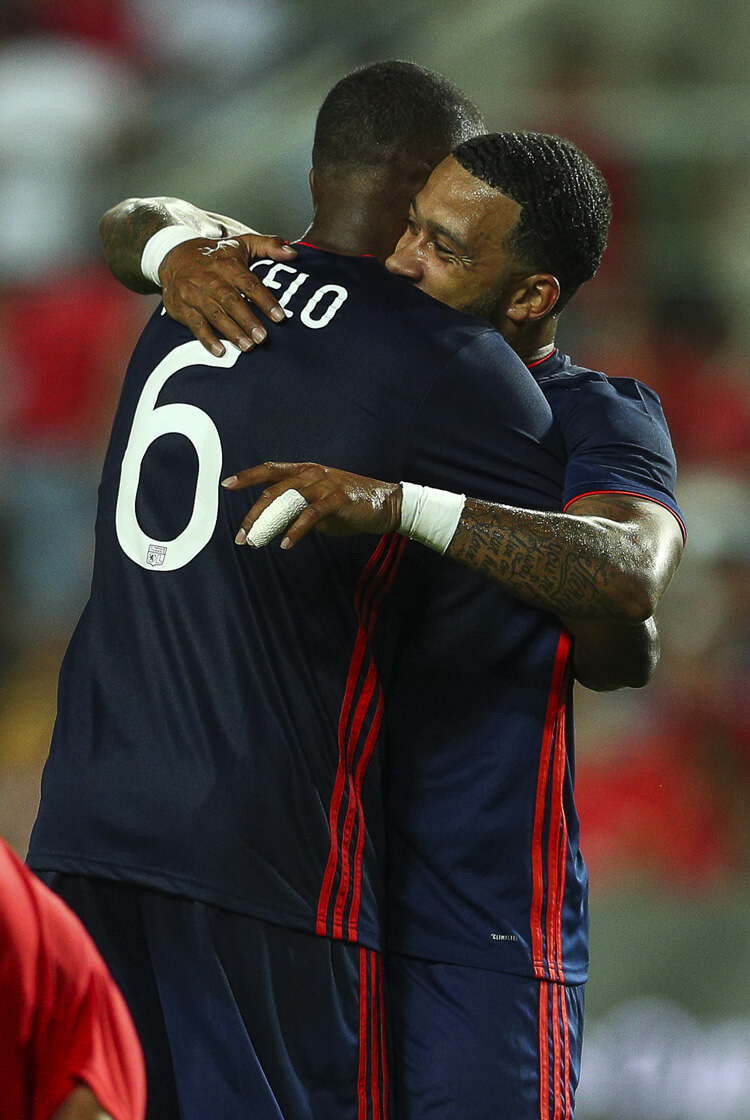 Head coach
There are few better-qualified candidates to manage Olympique Lyonnais than current head coach Bruno Genesio. Born in Lyon, and a product of their youth academy, Genesio went on to make more than 150 league appearances for the first team in a 10-year spell at the club. Having fulfilled the role of assistant manager since 2011, the local lad eventually took over as head coach midway through the 2015/16 season.

Nearly three years later, Genesio has achieved finishes of second, fourth and third in Ligue 1, although a first piece of silverware remains elusive. In reality, competing against the vast finances of Paris Saint-Germain is not an easy task, but Genesio (below) has continued the Lyon tradition of ensuring that homegrown academy products play a significant part in the first team. Alexandre Lacazette, Samuel Umtiti, Corentin Tolisso and Nabil Fekir are just a few current stars to have broken through during the manager’s time at the club.

The 52-year-old has mainly utilised a high-pressing 4-3-3 structure in his time with the first team, but he has also experimented with a more defensive 4-2-3-1 formation. More recently, he has employed a 4-4-2 diamond as he seeks to end PSG’s domestic dominance.

Structure
It is anticipated that Genesio will set up with a defensively minded 4-2-3-1 structure against Pep Guardiola’s Manchester City in this season’s Champions League. With City very likely to dominate possession – particularly at home – utilising two defensive midfielders will provide added central protection to the defence.

Congesting the spaces within the central lane will be crucial in stopping the likes of Sergio Aguero and Gabriel Jesus in these areas. Nabil Fekir’s central presence should offer Lyon an attacking outlet during moments of transition; the former Liverpool target’s individual battle with Fernandinho as a central pivot during counter-attacks could be of huge significance.

Alternatively, Genesio could make use of the 4-4-2 diamond (above, right) to counteract Guardiola’s desire for central dominance. By placing a tight diamond of four within the central lane, Lyon could threaten City’s central overload – a feature Guardiola prioritises during his team’s short passing build-up. Placing two central strikers could also help pin back the City defenders – Guardiola may then be forced to set up with a central back three.

Setting up with the midfield diamond could cause problems for Lyon in wide areas, however, where full-backs Kyle Walker and Benjamin Mendy could convert into attacking wing-backs and move higher and wider in attack. Right-back Rafael can be exploited by opponents who cut back inside from the wide area, with left-back Ferland Mendy susceptible when defending crosses directed towards the far post.

Attacking threats
Whether setting up in a 4-4-2 diamond, or a 4-3-3, Lyon often revert into a narrow attacking structure, aiming to create vertical and direct forward passing lanes rather than maximum attacking width (above). Only one full-back will venture forward at a time, while the other usually stays back to cover switches of play during the defensive transition.

Central defender Marcelo is often the player to start Lyon’s build. He is equally adept at driving out of defence and passing through congested lines, so his attackers can break through and penetrate into the final third. Marcelo’s distribution over or through an opponent’s defensive line gives Lyon an additional attacking weapon, in which possession is turned into penetration with one swift and decisive pass forward.

Fekir’s movements between the lines often helps creates gaps for Marcelo to play forward and into the attacking front line (below). Drifting out of the central lane can also help create elements of attacking width, as the Frenchman combines well with Mendy down the left, and inside forward Bertrand Traore from the right.

Traore can also be used as a secondary striker to support Memphis Depay, who since his desperate spell as a left winger at Manchester United has been converted into a central attacker. Depay still remains an active part in the Lyon build-up, however – his dropping movements towards the ball can create further space between the lines for Fekir to receive and combine.

One final point to note is that Lyon are also a big threat from free-kicks, with both Depay and Fekir specialists from various angles and ranges. This was a common thread in the club’s securing a top-three spot in Ligue 1 last season.

Potential weaknesses
As Lyon tend to utilise quite narrow structures, opponents have looked to exploit their lack of coverage in wide areas. Opposing full-backs in particular have shown that by providing early crosses into Lyon’s penalty area, the back line can be exposed and chances created. Targeting the areas at the far post (below) is a common tactic, with attackers often able to sneak around the back or surge forward in between full-back and centre-back.

Teams also prioritise wide areas against Lyon as defensive midfielder Lucas Tousart is a solid and efficient presence in front of his central defence. Tousart’s ability to regain control of loose balls and win defensive duels in the central lanes stops teams from progressing through the middle. Opponents therefore look to the wide areas, where they can attack with more space and a reduced defensive presence.

Lyon aren’t necessarily weak on the transition, but they do leave spaces into which world-class teams such as Manchester City can launch counter-attacks. The right side of Lyon’s midfield is usually occupied by players who don’t offer consistent recovery runs, which can therefore leave the right-back exposed. Regular right-back Rafael – or back-up Leo Dubois – are often left isolated one on one. Should the likes of Raheem Sterling, Leroy Sane or Riyad Mahrez be allowed to consistently get at their men like this, City could overpower Lyon with relative ease.

Nabil Fekir, 25, Attacking midfielder
Fekir’s career at Lyon has been a tale of ups and downs, with early rejections – at 12, he was deemed not strong enough for professional football – and a serious knee ligament injury combined with steady progress and a talent that saw him included the France squad that won the World Cup this past summer. Having first broken into the Lyon first team four seasons earlier, Fekir enjoyed a personal best campaign for his hometown club in 2017/18, notching 18 goals in 29 Ligue 1 appearances. Despite a summer being linked with Liverpool, he remained at the club he now captains.

Fekir’s role within the Lyon team has changed during Genesio’s tenure. He originally broke through as a secondary striker, supporting Lacazette, or a wide right midfielder looking to cut back inside on to his left foot. However with the departures of both Lacazette and Tolisso, Fekir has been transformed into a deeper attacking midfielder who is more involved in the build-up than before.

In this way, Genesio’s 4-4-2 diamond has helped Fekir remain a focal point of the Lyon attack. Beginning in a much deeper position (above), he can combine in midfield and help create the attack, while still being advanced enough to then finish it. Setting up in a diamond also enables Lyon to have two central strikers who can pin back the central defence, which drastically increases the central midfield space in which Fekir can operate (below).

The 25-year-old’s ability to cover ground with the ball helps drive Lyon forward both on the transition, and after sustained possession. He is an effective dribbler both in tight areas and when surging forwards through an open midfield. The timing of his release is also excellent, meaning he can create numerous chances for his attacking teammates.

Fekir’s ball-striking skills are also very impressive, both from set-pieces and open play. His clever free-kick against PSG last season (above) is a fine example of this – a disguised effort that caught out Alphonse Areola and curled inside the near post from a tight angle.