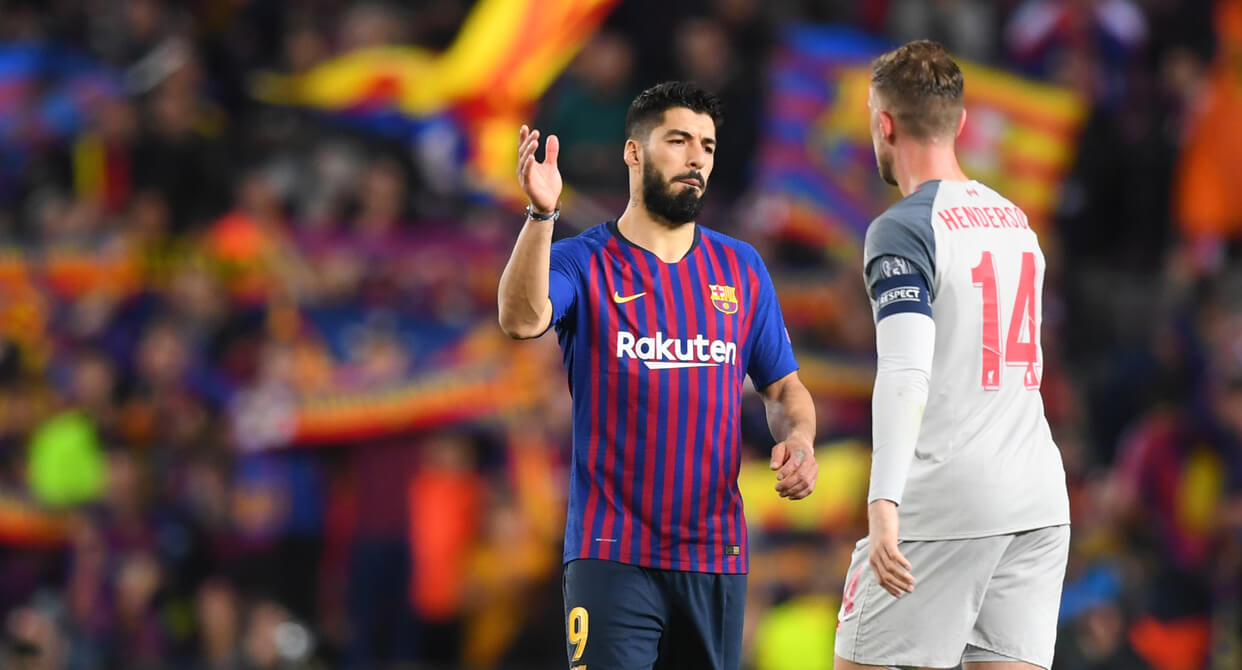 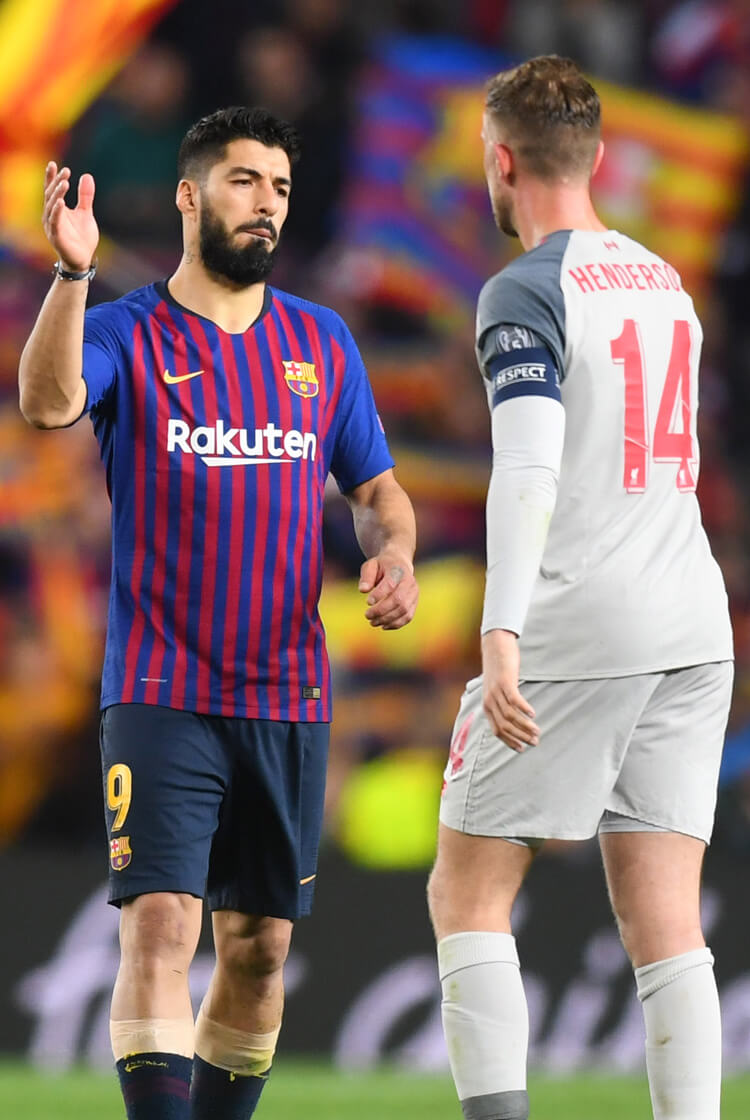 The task
Liverpool will be invoking the spirit of AS Roma at Anfield tonight. Twelve months ago, the Italians left the Camp Nou with a three-goal deficit, but turned things around at home to progress into a semi final against Jurgen Klopp’s team. Unlike Roma, however, the Reds do not have an away goal to aid their cause – thanks in part to their own sloppy finishing, but also to the trailing leg of Ivan Rakitic.

Liverpool need at least three goals without reply just to force extra-time, with four the magic number if they even want to think about progressing in normal time. It’s about as tough a task as they could imagine, made tougher still by the absence of the injured Roberto Firmino and the concussed Mo Salah. Barcelona, meanwhile, should be able to field a full-strength team, with Lionel Messi (below) looking to add to his season-leading 12 tournament goals.

The Barcelona left
In the first leg, the gradual shift of play towards Liverpool’s right helped them create a number of decent attacks into the Barcelona half. They had initially favoured combinations between Andy Robertson and Sadio Mane on their left, but this changed after Naby Keita was forced off with injury and Jordan Henderson introduced.

A wider position from Henderson on the right – James Milner moved over to replace Keita on the left side of central midfield – gave Liverpool a secure method of progressing the ball around Barcelona’s 4-4-2 block. Because Georginio Wijnaldum was used to drop away from Barcelona’s central defenders, this pulled Sergio Busquets out of the midfield unit, which then had to narrow to block any central passes. This entire sequence helped move Mo Salah into a narrower position from the right, attacking the spaces in between Jordi Alba and Clement Lenglet. With Mane then making inside runs between Sergi Roberto and Gerard Pique on the left, Liverpool had two forwards pinning the entire Barcelona back line (below).

Salah’s extra threat from the right ultimately limited Alba’s advances down the Barca left, which in time also affected Philippe Coutinho’s play on the same side. After Alba created the opener for Luis Suarez on 26 minutes, the hosts failed to muster another shot on goal until the 64th minute.

Of course, Liverpool do not have Salah to call upon for the second leg – but the pattern to contain Alba can still be employed. The left-footed Xherdan Shaqiri (below, right) is the likely candidate to take over on the right, while the introduction of Trent Alexander-Arnold for Joe Gomez at right-back would offer a more potent overlapping source. From Barcelona’s 17 counter-attacks from their own half in the first leg, only three came down Liverpool’s right side; with goals required, the hosts need to focus more on attack than managing the threat from counter-attacks.

Defence driving forward
Another key pattern to emerge from the first leg – albeit later in the game – was the Liverpool back line’s ability to drive into midfield. Although Virgil van Dijk has received all the plaudits this season, the quality of Joel Matip (below) when stepping forward into midfield has been a welcome addition, especially when opponents have been forced into a lower block. There were occasions where Barcelona’s two units of four recovered back to block around their penalty area; a raucous Anfield atmosphere could put them under further pressure.

Should Liverpool succeed in dragging Busquets out of the midfield line once more, central spaces could open up. In order for Liverpool to get their centre-backs stepping forward, they need to create space around or through Barcelona’s first line of pressure – normally Luis Suarez and Messi. Sustained spells of possession will help in this regard, with switches across the back line a key factor. Trying to progress through or around Suarez and particularly Messi is a potentially risky business, but Jurgen Klopp’s men will need bravery on the ball if they are to have any chance of turning the tie around.

The main benefit of driving into the next line of pressure is that it draws players towards the ball, thus freeing up teammates ahead of the ball and creating bigger spaces between the lines for forward, penetrative passes. With Klopp now looking towards the likes of Daniel Sturridge or Divock Origi to attack these spaces alongside the still-fit Sadio Mane, Liverpool will need all the space they can get against a defence that has kept four clean sheets in its last five Champions League matches.

Home advantage?
A quick final mention for Anfield, and the enchanting yet devastating atmosphere that can be created at Liverpool’s home stadium during midweek Champions League matches. Klopp’s team hasn’t been beaten in a Premier League match there for two seasons, and no visitors have won a Champions League match at Anfield since Real Madrid beat a side then managed by Brendan Rodgers 3-0 in late 2014.

Clean sheets against strong opponents including Napoli, Porto and Bayern Munich this season show that the Reds are capable of blocking teams out at Anfield. But doing so to Messi and Barcelona, while trying to score at least three at the other end, is another task altogether. Anfield has been the scene of many an extraordinary European feat over the years, but to progress from here would perhaps need something more extraordinary still.