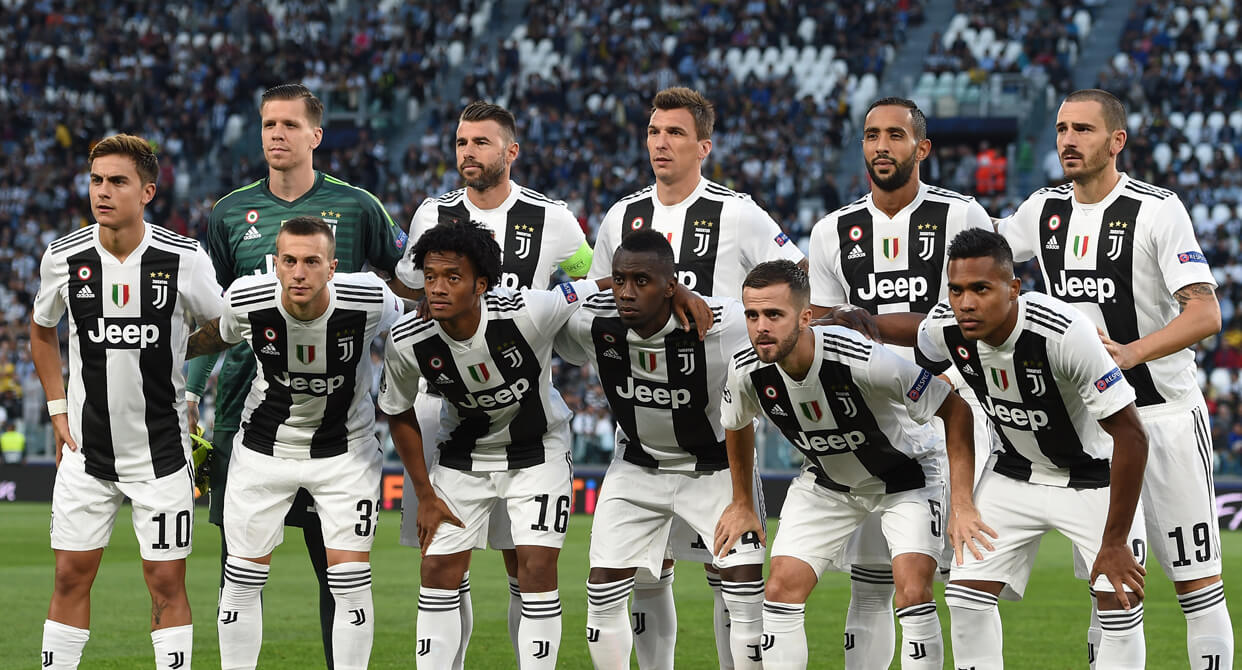 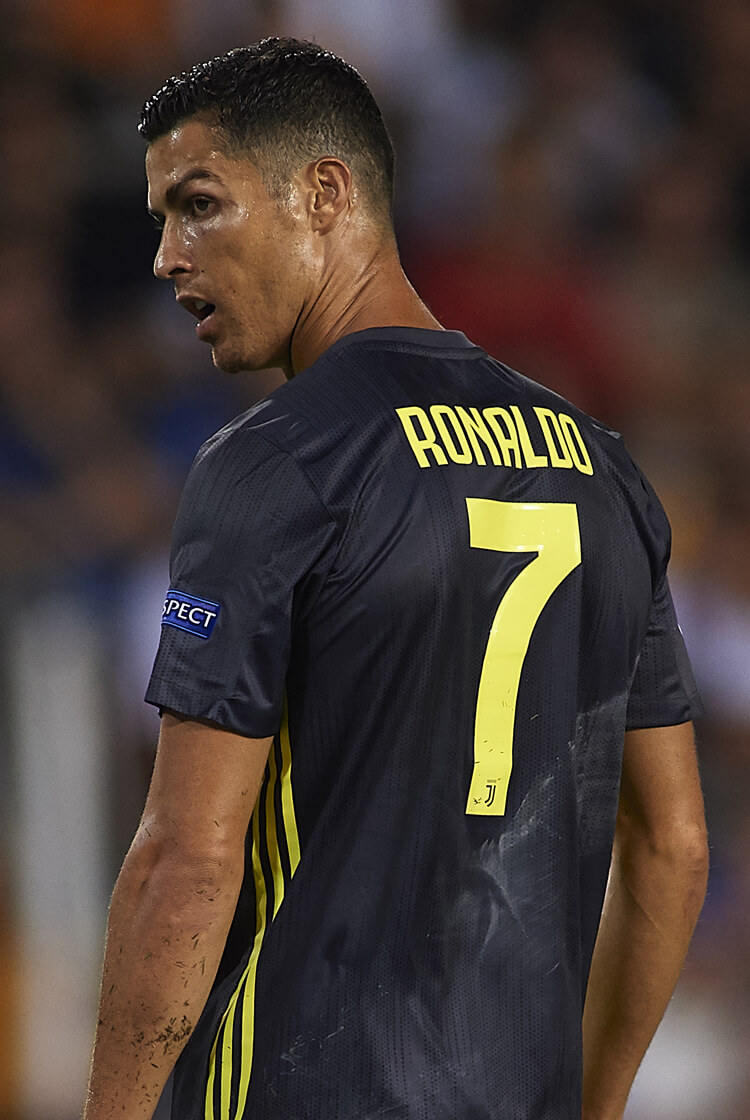 Head coach
Massimiliano Allegri has been head coach of Juventus since the summer of 2014. Replacing Antonio Conte, who had resigned after winning three Serie A titles in a row, Allegri has since gone one better with four straight titles. A quick bit of maths tells you that the Old Lady have now won seven in a row, and the way they have started the current season suggests an eighth is more than likely.

A journeyman midfielder as a player, Allegri (below) has made a significantly greater impact in coaching. It is now more than a decade since he got Sassuolo promoted to Serie B for the first time in the club’s history – but within three years of that, in 2011, he coached Milan to the Scudetto in his first season in charge at the San Siro.

As head coach of Juventus, Allegri initially continued with Conte’s preferred back three, relying on the Italian defensive core of Gianluigi Buffon, Andrea Barzagli, Giorgio Chiellini and Leonardo Bonucci. From here, Allegri could also get the best out of Paul Pogba, who was free to dominate the midfield from the left of a central trio.

Since then, the 51-year-old has slowly converted to a more consistent back four – particularly in the Champions League, where he has twice taken Juve all the way to the final only to be defeated by Spanish teams: Barcelona in 2015 and Real Madrid two years later. It is unlikely he will abandon the back four in the upcoming back-to-back fixtures against Manchester United.

Structure
So far this season, Allegri and Juventus have continued with a back four, utilising a 4-2-3-1 or a 4-3-3 when in possession. The Bosnian midfielder Miralem Pjanic (more of him later) often becomes a single pivot, and will drop extremely deep to conduct the play (above), helping the central defenders progress the ball into midfield. Pjanic isn’t the strongest defensively, however, and is therefore often accompanied by strong ball-winning midfielders such as Blaise Matuidi, Sami Khedira or new signing Emre Can. The Juve midfield’s ability to consistently regain possession in central areas will significantly improve their chances of victory against an imposing Manchester United central midfield.

Both Matuidi and whoever of Khedira, Can or Rodrigo Bentancur starts are likely to begin in a higher position, creating more space for Pjanic to start the build. Once Juventus are into a set attacking structure, they will move back towards the ball within the inside channel. This, coupled with the wingers moving inside, allows the full-backs to attack high in wide areas – leaving Matuidi (below, right) and co to provide cover in the channels during moments of defensive transition.

In defence, the return of the experienced Leonardo Bonucci after a season with Milan has bolstered Allegri’s central-defensive options, with former teammates Chiellini and Barzagli still active members of the squad. Medhi Benatia and Daniele Rugani give evidence of the fantastic squad depth Allegri has available in this area.

That said, the head coach is just as well stocked further forward. The addition of superstar forward Cristiano Ronaldo only increases the quality of a squad already featuring Mario Mandzukic, Paulo Dybala, Federico Bernardeschi, Douglas Costa and Juan Cuadrado. Allegri could in essence field two entirely separate yet high-class starting XIs – this is hugely important to a squad wanting to compete on three fronts.

Attacking threats
While Ronaldo – who returns from his one-match European suspension to face his old club United – nominally takes up the left-sided attacking role he so loved at Real Madrid, he can just as easily inhabit the central role traditionally taken by Mandzukic. Allegri’s clever use of the latter as a left-sided attacker gives Juventus a useful aerial advantage against much smaller full-backs when the Croatian attacks far-post crosses from the Juve right (below). Whoever starts at right-back for United will struggle to deal with the strength of Mandzukic at the far post.

Allegri has also looked to play left-footers – Paulo Dybala or Douglas Costa – on the right side of his front line, who can drive inside on to their stronger foot. This inside movement naturally creates more space for the right-back to move forward, and thus supply crosses from differing angles. This variety of delivery makes the Juventus attack far less predictable, and Mandzukic can then vary his movements inside the penalty area when attacking the ball.

The Croatian who knocked England out of the World Cup in the summer is already looking to develop an excellent understanding with Ronaldo. Against various opponents so far this season, the pair have frequently rotated roles, with one looking to occupy the central defenders and then pull away from the penalty area for cutbacks, while the other sneaks around the back and attacks crosses against the full-back. Four Serie A goals each to date suggests their approach is working.

Potential weaknesses
Despite their offensive strength from wide areas, Juventus are also on a run of conceding in similar fashion – and this runs back well into last season. They have a squad packed with experienced and organised defenders, but they can still be exposed at corner kicks and have conceded headed goals from both set-pieces and open play in recent times.

When Juve are set up in a 4-2-3-1 structure, Dybala is often used in the number 10 role. He mostly leaves the block behind him to recover back and press the ball in the wide areas – but they often find it difficult to recover and slide across during a switch of play. From here, opponents can fire crosses into the penalty area, with only the central defenders truly comfortable in the air. None of those employed in a double pivot – Pjanic, Matuidi or Khedira, for example – are brilliant in the air, but that shouldn’t stop them dropping back to increase numbers and act as blockers. Instead, they often leave their defenders exposed to runners attacking any crosses at pace (above).

Allegri has also been known to play more attack-minded players, such as Juan Cuadrado, at full-back. This naturally weakens the team’s defensive unity – a potential point of attack for the likes of Alexis Sanchez, Marcus Rashford and Anthony Martial.

Miralem Pjanic, 28, Midfielder
Although Juventus recently completed the signing of one of the world’s greatest ever goalscorers, Pjanic (above) has been the heartbeat of this Juventus side his arrival from rivals AS Roma in 2016.

Impressively, Pjanic has over the years adapted to fit whichever midfield he plays in. At Lyon, he was considered more of a central attacking midfielder, and often delivered wonderful performances to create chances for their forward line – including a fabulous display to knock Real Madrid out of the Champions League way back in 2010.

The Bosnian international gradually moved deeper into a central midfield role with Roma, and now into a much deeper pivot with Juventus. However, he hasn’t lost the ability to break defences with superb through balls (above), and he is still brilliant in tight areas against pressure from opponents – perfect for Juve’s usual short build from the goalkeeper. His willingness to ask for the ball, even when marked, ensures that the back line always has a passing option. Further forward, he is an excellent set-piece merchant.

At 5ft 10ins, Pjanic is no midget – but his first touch when dealing with bouncing balls can be loose (below), which can cause him problems against a midfield, such as United’s, well stocked with powerful opponents. He can also be careless when shifting possession first time from one central defender to the other. If pressed from behind, the accuracy of his passes can drop; with quick forwards such as Romelu Lukaku and Marcus Rashford unlikely to be giving him too much room to breathe, he can be forced into errors.