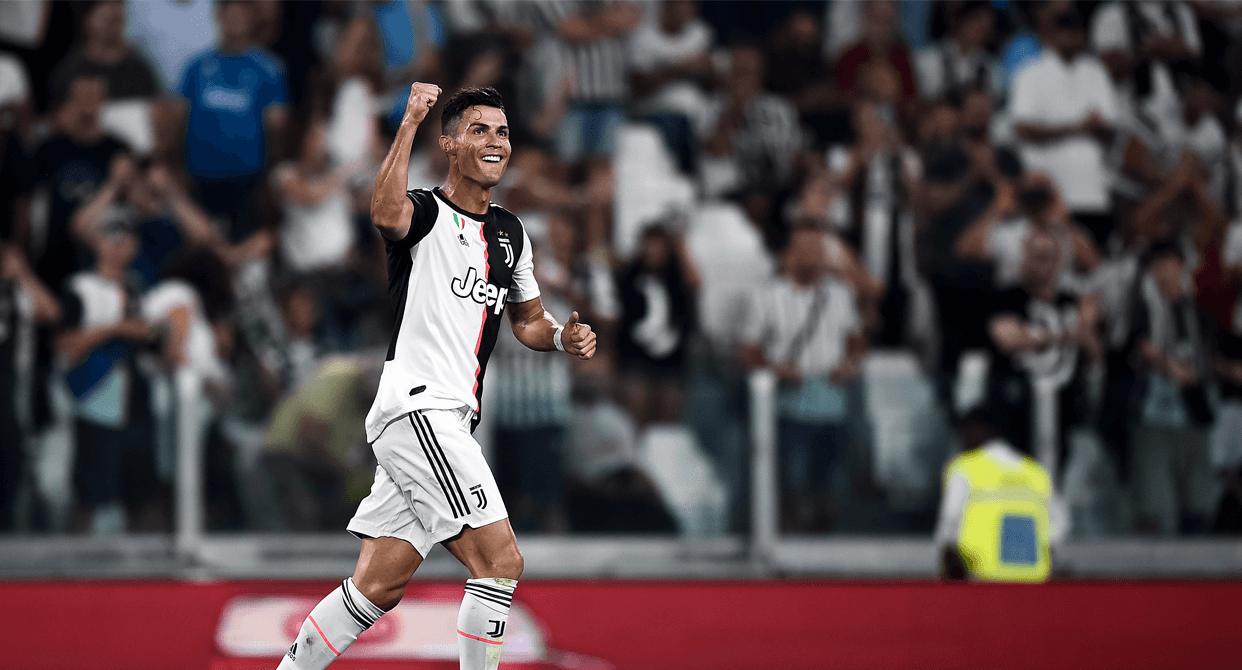 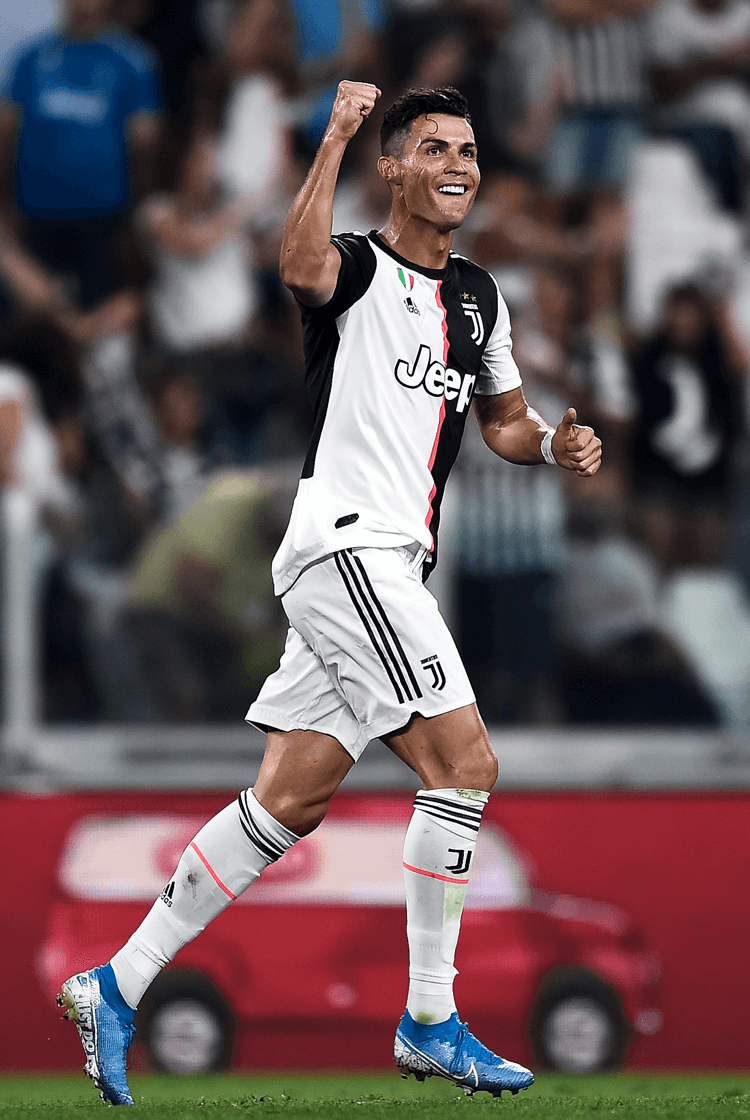 The group stages of the 2019/20 edition of the Champions League begin on Tuesday. In our Group D preview, The Coaches’ Voice experts have analysed the hopes of Atlético Madrid, Bayer Leverkusen, Juventus and Lokomotiv Moscow – and predicted who will finish where.

1st: Juventus
Much of the Italian champions’ modern-day success was built on the resilience of defenders Giorgio Chiellini, Andrea Barzagli and Leonardo Bonucci, but only the latter appears likely to feature for Maurizio Sarri’s new-look team throughout 2019/20. The signings of Aaron Ramsey and Adrien Rabiot were significant enough, but to strengthen their defensive options they then invested £67.5m in Matthijs de Ligt and a further £16m in Merih Demiral. Their arrivals, and the presence of Daniele Rugani, suggest that Juve’s priority is to build a new defence that can ensure that they continue to dominate Serie A.

Netherlands international De Ligt is both powerful in the air and aggressive when duelling against physical strikers. His defensive approach is very proactive; he prefers to play on the front foot by quickly dispossessing an attacker instead of the patient approach that involves jockeying and delaying progress.

This complements Demiral’s ability to recover the spaces in behind (above), similar to both Chiellini and Barzagli. The young Turk excels when covering behind the back line instead of stepping out to deal with movements away from goal, denying goalscoring opportunities close to and within the six-yard box. A long-term partnership between the two young centre-backs can become particularly strong, but whether that can happen quickly enough for them to anchor a Juve challenge for the Champions League is yet to be seen.

2nd: Atlético Madrid
Similarly to at Juve, who eliminated Atlético from last season’s competition, Diego Simeone is working with an overhauled team. The Argentinian continues to prefer starting two attackers, but João Félix — who they made the fourth most expensive player of all time in the summer — has immediately settled as the secondary striker supporting the more powerful Álvaro Morata or Diego Costa.

Félix’s movements are more direct when compared to his predecessor Antoine Griezmann. The 19-year-old (above) prefers to quickly and directly drive forward with possession after receiving; while Griezmann also advanced, he preferred to combine with short passes, flicks and through balls.

Simeone has organised his team into a 4-4-2 diamond, featuring Thomas Lemar as the number 10, from where he is the creative link between midfield and attack. Behind that narrow front three, a hard-working midfield provides cover and support behind the ball, in addition to the out-of-possession discipline their manager demands.

Attacking full-backs in Kieran Trippier and Renan Lodi mean Félix isn’t required to move wide as regularly as Griezmann did – and deliveries from those full-backs find Costa and Morata inside the penalty area, from where Félix can then support secondary balls and knockdowns. His ability to finish inside the penalty area is also of the highest quality, as is the way he can adapt his body shape depending on the delivery of the ball. That he is more of an asset during transitional attacks — his changing tempo unsettles opponents — also allows for further dribbles forward and ensures that Atlético don’t have to overcommit numbers to attacks.

3rd: Bayer Leverkusen
In the absence of Julian Brandt, sold to rivals Borussia Dortmund, Bayer Leverkusen’s Kai Havertz perhaps represents their greatest hope of advancing to the round of 16 from a very tough group. He and Brandt had formed a fine partnership around central attackers Kevin Volland and Lucas Alario throughout 2018/19. Havertz and summer signing Kerem Demirbay, who prefers to support late from behind the ball instead of ahead of play, will be expected to replace Brandt.

Head coach Peter Bosz has experimented with a back three, and created a central midfield box (above) to advance Havertz around Volland, whose expert movement creates spaces in central areas. Havertz then makes supporting runs, which contribute to the goal threat he provides as a secondary forward while having the freedom to move away from the back line and receive to feet between the lines. His ability to finish with power and accuracy is also of the highest quality.

Havertz attacks at speed and combines the predatory instincts of a number nine with the balance and movement of a creative 10. If deployed as a number eight in a 4-3-3, however, he will lack the support provided by Brandt; this might undermine his ability to penetrate and score.

4th: Lokomotiv Moscow
Lokomotiv Moscow face a daunting task to progress out of Group D, but their hopes of doing so will rely largely on the defensive cover and transitional play provided by Grzegorz Krychowiak. Head coach Yuri Semin uses a 4-2-3-1 in which Krychowiak (above) and Dmitri Barinov form the double pivot.

Receiving possession in deeper territory encourages Poland playmaker Krychowiak to use his impressive passing range; with Barinov providing dynamism and defensive awareness, Krychowiak is responsible for launching counter-attacks with long-range forward passes. His switches to the opposite full-back feature regularly; because he is so accurate, he is as capable of switching to the left as he is to the right.

The former Paris Saint-Germain midfielder protects the right side of defence while in that double pivot, but has started to advance into the final third after playing vertical passes, increasingly making Barinov the first line of defence. Against some of Europe’s finest teams, his defensive support alongside Barinov will be crucial; while the latter possesses the tactical awareness to delay counter-attacks, Juve and Atlético offer too much going forward for him to convincingly defend as a single pivot.