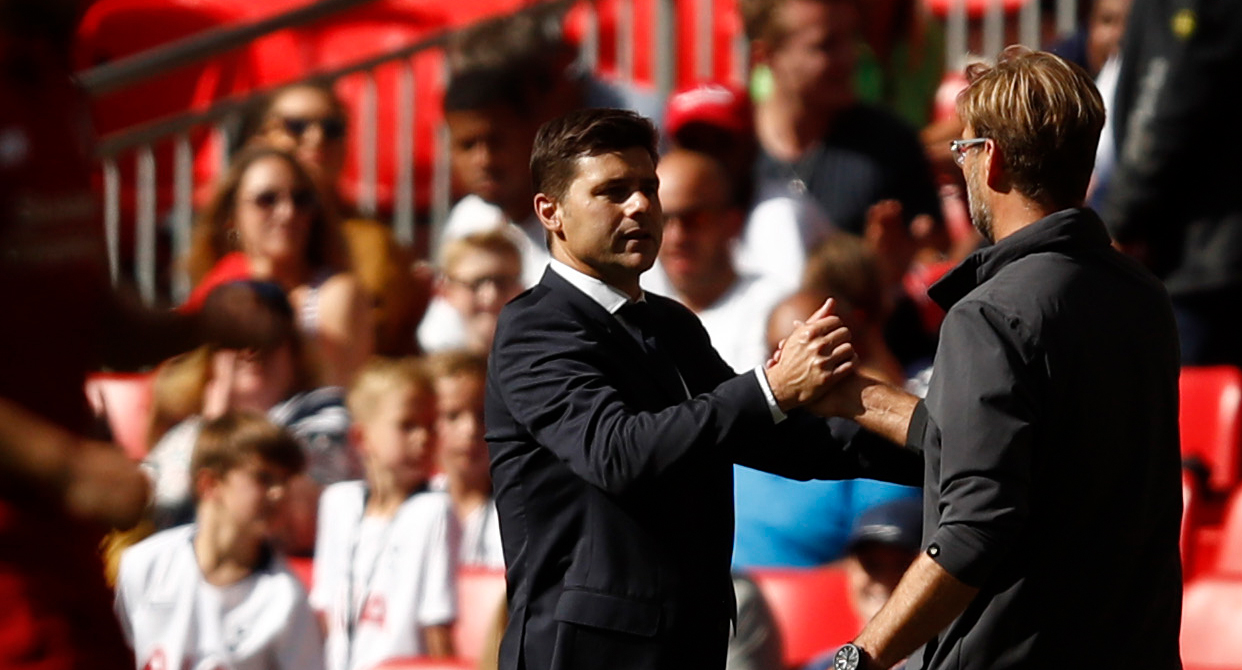 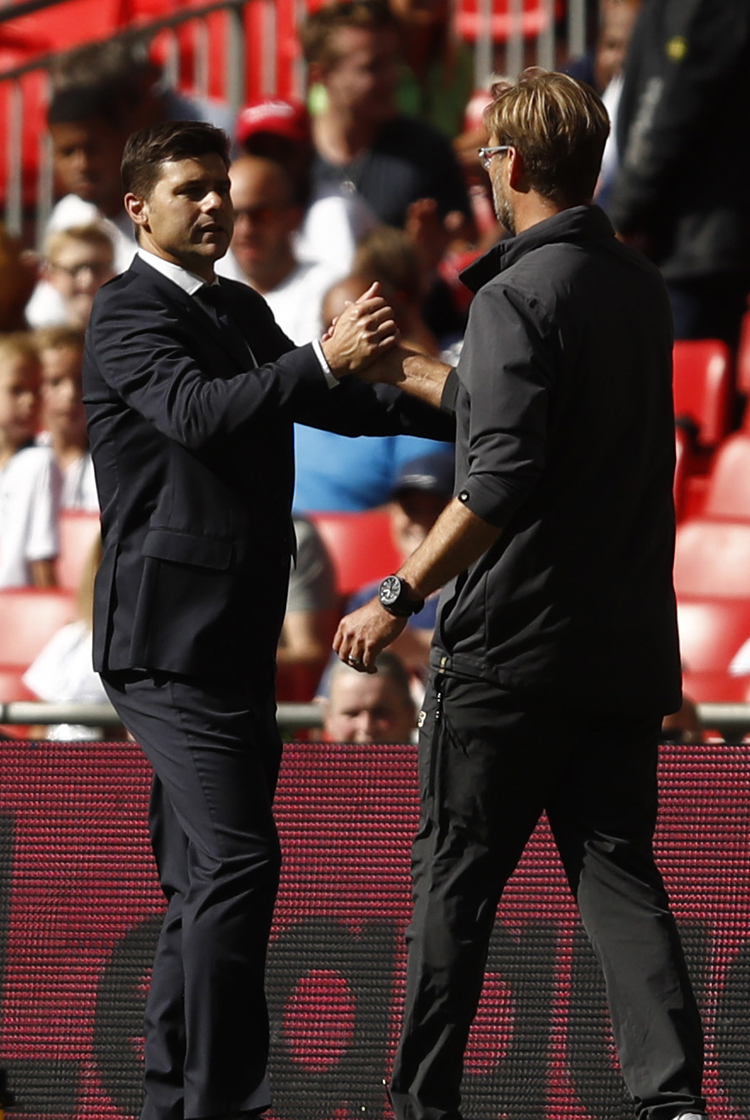 Preview
Saturday night in Madrid. The first all-English Champions League final since 2008. A second in successive seasons for Liverpool, and the first ever appearance in a European Cup final for Tottenham.

The two teams have met twice in the Premier League this season, with Jurgen Klopp’s side winning 2-1 on each occasion – although it is worth mentioning that both winning goals for Liverpool have had an element of good fortune or Tottenham error about them.

Ahead of the final, the Reds’ starting XI and formation is somewhat more predictable than Tottenham’s. Klopp has made few structural changes this season, primarily using a 4-3-3 but also occasionally switching to a 4-2-3-1. Towards the end of the campaign, the 4-3-3 has sometimes drifted towards a 4-1-4-1, with the two central midfielders playing slightly more advanced of the single pivot.

Mauricio Pochettino, by contrast, may have an element of surprise up his sleeve. The Tottenham boss has used several different formations throughout the season, including 3-4-2-1, a 4-4-2 diamond and even the 4-2-2-2. But what are the potential benefits and drawbacks of each approach, and where might both teams find success in Madrid on Saturday night?

How can Tottenham hurt Liverpool?
With Harry Kane (above) looking increasingly likely to return from injury and be named in the Spurs line-up, it seems probable that one of Son Heung-min and semi-final hero Lucas Moura will start on the bench. Moura partnered Kane in both league games against Liverpool this term, with Son introduced twice. Does Pochettino try to include all three in Madrid? If not, who misses out? There is also Fernando Llorente, used to such good effect against Ajax, to consider – although he may prove a somewhat blunter instrument against the imposing Virgil van Dijk.

Spurs will likely look to use short, sharp movements of the ball and attempt to entice Liverpool players towards the man in possession while utilising the central overload created by their midfield structures (below). Their opportunities are more likely to come through sweeping moves across the pitch that finish with horizontal passes in and around the edge of the box for their attackers and runners from midfield. Crosses into the box from wide areas wouldn’t seem an obvious winner against Liverpool’s centre-backs – even less so with Fabinho dropping back to add extra height in central areas.

Instead, Tottenham will surely look to use their full-backs in advanced positions to get beyond Liverpool’s attacking full-backs. In a diamond structure, likely starters Kieran Trippier and Danny Rose provide the width anyway – and this is even more the case if Pochettino decides on a back three and uses them as wing-backs.

The readiness with which Pochettino is willing to switch between these two main structures was evident in their double-header against Manchester City in the space of four days in April. Spurs set up with a diamond in the Champions League on the Wednesday, and then switched to a 3-1-4-2 on the Saturday. In their Premier League game at Anfield three weeks earlier, they started the game in a 3-5-2 but had difficulty containing Trent Alexander-Arnold and Andy Robertson. As a result, they switched to a 4-4-2 in possession and dropped Moura into midfield to create a 4-5-1 defensive structure. This gave Spurs better access to the wide areas and helped nullify the threat posed by Liverpool’s wide men – don’t be surprised if this tactic is seen again on Saturday night.

Where are Tottenham vulnerable?
As alluded to already, the wide areas could be a real cause for concern for Spurs. The 3-4-2-1 structure should allow them to drop into a 5-4-1 with relative ease, but if they go with the diamond then Liverpool will have easier access to the flanks.

Essentially, the outside players in the diamond – Moussa Sissoko and one of Christian Eriksen or Dele Alli – would have to screen Liverpool’s outer central midfielders but also try to affect Alexander-Arnold and Robertson. The alternative is that Trippier and Rose, who were tasked with following Sadio Mane and Mo Salah at Anfield, would have to leave Liverpool’s two major goal threats in order to press the full-backs.

Neither solution provides significant security, while Spurs will also need to be wary of the speed at which Liverpool can break. The ripple effect of this is that Salah and Mane may be able to exploit the areas behind the Tottenham full-backs, which would force the centre-backs to move out wide to defend. The result here? Greater gaps inside for the runs not just of Roberto Firmino and the far-side wide attacker, but also midfield runners like Jordan Henderson and Georginio Wijnaldum.

How can Liverpool hurt Tottenham?
Liverpool are expected to name the abovementioned Firmino (above) – who missed the end of the league season through injury but scored in both wins over Tottenham – in their starting line-up. This would almost certainly be in the Reds’ most familiar 4-3-3 shape, with Mane attacking from the left and Salah from the right. Fabinho should sit at the base of the midfield trio, with Henderson and Wijnaldum fancied to get the nod ahead of James Milner ahead of him.

Liverpool’s key threats in this Champions League final come from two main areas. First, the relentlessness and quality provided by the front three in terms of their movement to receive in behind defensive lines and their deadliness in transition. And second, in the form of a combined 28 assists from their two full-backs this season.

The interesting aspect of the full-backs’ threat is that Tottenham’s usual positional structures do not provide significant security in defending the wide areas, often affording time and space to opposition full-backs. Andy Robertson and Trent Alexander-Arnold have demonstrated how adept they are at crossing from deep areas, including against this very opposition, and this could be a major threat for Liverpool in Madrid.

In order to free up space in wide areas for the Liverpool full-backs, we can expect to see the outside central midfielders dropping into false full-back positions in order to draw Tottenham’s outside midfielders with them (above). Spurs will then have a decision to make: do they push their own full-backs towards their opposite numbers and potentially leave Mane or Salah free or in a one-against-one situation behind them? Or do they hold their position to nullify the Liverpool forwards but accept that the full-backs will have time and space to deliver balls that have caused opposition no end of trouble all season.

Assuming he’s fit and well, Liverpool will also use the intelligent Firmino to drop towards the ball from his central starting position, and try to encourage the Spurs centre-backs to drop with him. The aim here, of course, is to free up space behind for the penetrative runs of Mane and Salah.

Where are Liverpool vulnerable?
Whichever formation Tottenham employ, Liverpool will need to be wary of being overloaded in midfield. The Reds generally like to implement an aggressive high-pressing strategy; at Anfield, they even used their full-backs to travel 30 yards to press the Tottenham wing-backs, leaving Virgil van Dijk and Joel Matip to move across and cover in behind them.

This can produce high rewards, but it comes with its risks – particularly against Spurs, who have players, such as Eriksen and Alli, capable of playing under high pressure. The worry for Liverpool against a back three, for example, is that it gives Tottenham good horizontal pitch coverage and creates a potential four-on-three in Spurs’ favour across midfield, with the opportunity to get players in between the Liverpool lines. The Reds’ centre-backs would be wary of dropping in to deal with this because of the striker looking to threaten in behind.

If Tottenham use the diamond, then Liverpool will be underloaded three-against-four in midfield but will also have to deal with opponents playing on different lines. Couple this with the likelihood of Liverpool looking to press them, and it opens the possibility of up-back-through methods of penetration.

Klopp has just about won the tactical battles this season, but the war is still up for grabs – and Pochettino has been fighting against the odds for much of a dramatic Champions League campaign. We have a fascinating final in store.