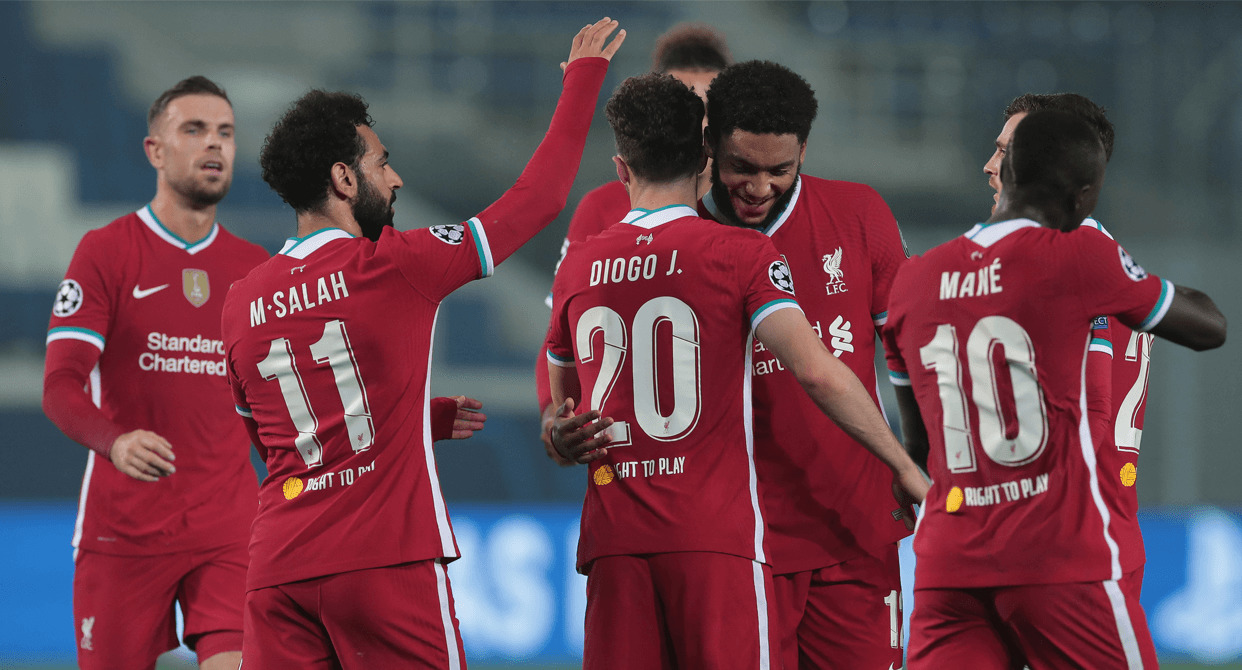 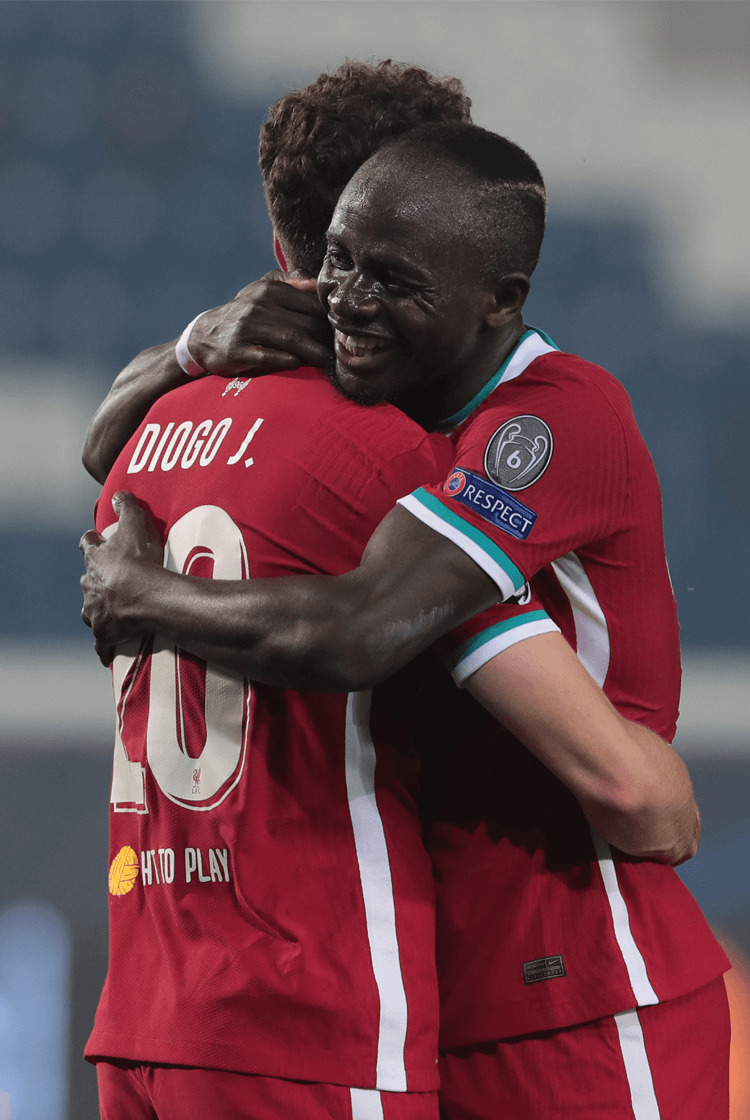 Diogo Jota scored a hat-trick as Liverpool excelled in Atalanta to secure their third victory from three and move to the brink of qualification for the knockout stages of the Champions League. Starting ahead of Roberto Firmino, the Portuguese gave his side the lead in the 16th minute and scored his third in the 54th, by which point teammates Mo Salah and Sadio Mané had also scored, making his final goal Liverpool's fifth on an evening when Jürgen Klopp’s team were at their clinical best. Their victory was the biggest ever by an English club away to Italian opposition in European competition. It was also Klopp's first in Italy in the Champions League after losing on each of his five previous visits. "Because of the way Atalanta play and defend, it made sense that the skill set of Diogo helps," the Liverpool manager said. His opposite number Gian Piero Gasperini said: "Here really was a big gap and we have to reflect on the tactical and structural approach for matches like this, otherwise it becomes very difficult indeed. They blew us out of the water in terms of intensity." 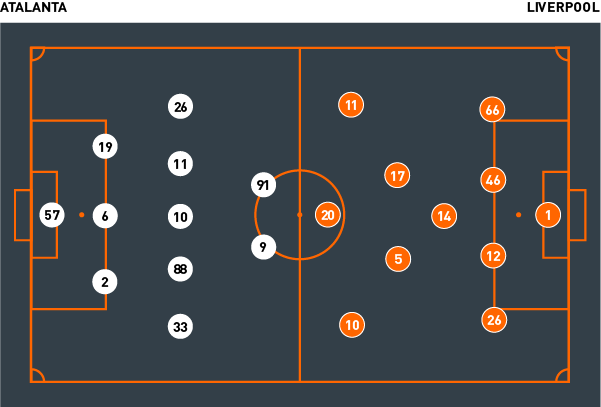 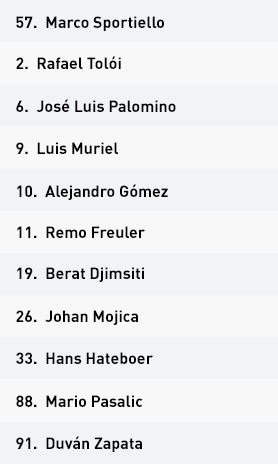 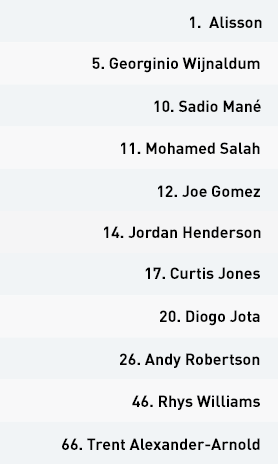 Atalanta manager Gian Piero Gasperini organised his team into a 3-5-2 formation led by the front two of Duván Zapata and Luis Muriel. Their visitors, Liverpool, remained in a 4-3-3.

Atalanta sought to build from the back and to pass their way into the attacking half. The ball-side central midfielder regularly withdrew into defence to receive possession, their wider central defenders advanced to operate as full-backs, and their wing-backs moved to become wide forwards. With the ballside midfielder moving, the other two central midfielders often sought to position themselves on the blindside of Liverpool's midfield.

Liverpool favoured defending with a moderate press, resisting doing so to the intensity they often demonstrate, likely because of their coming fixture with rivals Manchester City and the volume of fixtures they will have to negotiate. Where Sadio Mané and Mo Salah closed down the wider central defender opposite them, Diogo Jota moved between the spare central defender or the deepest positioned of Atalanta's central midfielders. If a midfielder was instead positioned in Atalanta's defensive line, Salah or Mané sought to cover two players with their press, leaving the three midfielders behind them free to remain compact and to prioritise limiting play in the central areas of the pitch.


If their hosts moved into those areas they would move to them, but they resisted tracking them into wide or particularly deep positions because of Klopp's demands for them to retain their shape. Papu Gómez and the ballside striker used contrasting movements in an attempt to access the spaces behind Liverpool's defence, spaces that were also targeted via lengthier passes towards Zapata's runs.

A further approach involved Atalanta, unusually, almost entirely vacating the centre of the pitch and forming a ring around Liverpool's structure, stretching the units in Liverpool's team, and then offering blindside movements on the inside in an attempt to move to between the lines and receive. By playing in the wide areas and around their opponents, and then prioritising combinations there, Gasperini's team proved capable of delivering crosses into the penalty areas, but even with a weakened defence Liverpool were comfortable defending against them.

Liverpool again adopted their manager Jürgen Klopp’s favoured 4-3-3 formation, that on this occasion featured Rhys Williams and Joe Gomez in central defence, and Diogo Jota where Roberto Firmino would normally be between Mo Salah and Sadio Mané. Their hosts, Atalanta, largely defended with a 5-3-2, even if their man-oriented defensive approach meant that they rarely retained that shape for lengthy periods.

When possession travelled wide, Atalanta's far-side wing-back would move to provide an extra number in their defensive line, temporarily abandoning his responsibility of defending against the full-back opposite him, but prepared to return to doing so if possession travelled towards him. From that temporary position he would instead take the opposing wide forward, ensuring that Atalanta's most central defender would remain free to prioritise penetrative runs or to provide cover if one of his teammates lost their individual battle.

That desire to be so man-oriented, however, meant that Liverpool recognised the potential for their defensive structure to be manipulated to a significant degree, and therefore consistently offered off-the-ball movements to draw their opponents out of position. In the build-up to their opening goal, Jones could be seen doing exactly that before highlighting to Trent Alexander-Arnold the space he had created for Jota to run into.


Contrasting movements were regularly made by their wide attackers, central midfielders and full-backs, and possession was regularly played to those full-backs because of the distance it forced Atalanta's wing-backs to have to cover. With the full-back in possession, he would seek to play a diagonal pass into the feet of the wide attacker withdrawing into a deeper position, and when a defender moved with that wide attacker, Liverpool's full-back and ball-side central midfielder made forward runs into the space that had just been vacated.

Simple combinations, such as wall passes, attacking one-on-one, and switches of play also brought success, though it also drained Liverpool somewhat – their players consistently received the ball while under pressure and had to move even more than usual. Klopp's team was also particularly potent on the counter, because during moments of transition Atalanta struggled to quickly adopt their man-for-man approach, inviting Liverpool to play forwards quickly and make runs in behind their defence.