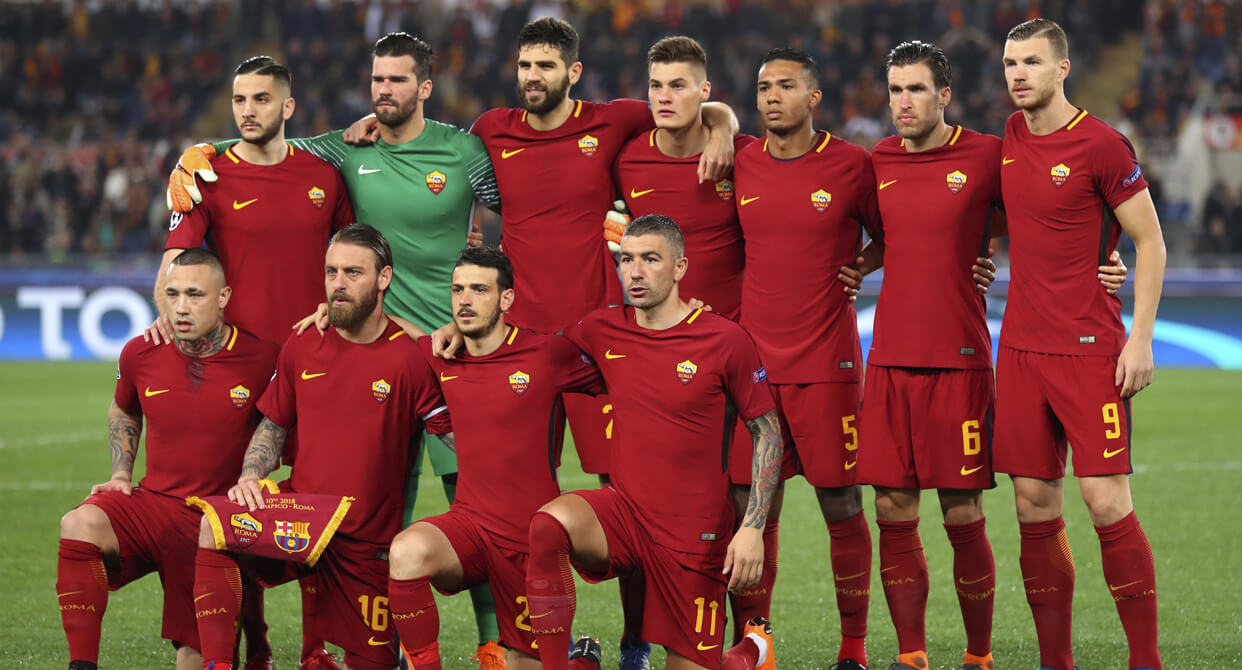 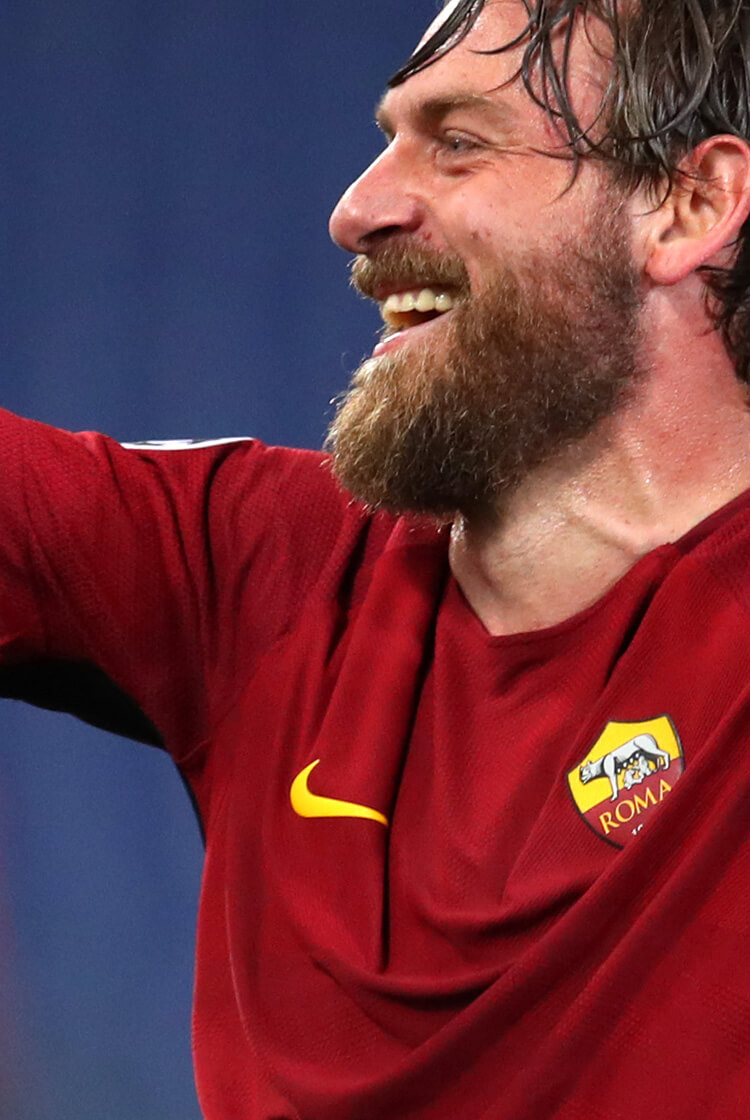 Qualifying route
The team facing Jurgen Klopp and Liverpool in the Champions League semi finals were seen by many as underdogs in a group also featuring Chelsea and Atletico Madrid. But Eusebio Di Francesco’s team topped Group C after a series of largely convincing performances, particularly in the Stadio Olimpico. The 3-0 home victory over Antonio Conte’s Chelsea proved decisive in them topping the group on a better head-to-head record against the west London side, giving them a great foundation to progress into the knockout stages.

Former Manchester City striker Edin Dzeko was the hero in the last 16, scoring the lone second-leg goal that saw the Italians past Shakhtar Donetsk on away goals (below), and into what became one of the all-time great Champions League quarter finals against Barcelona.

AS Roma 3 Chelsea 0
The first of two standout home performances saw Roma dismantle the 2012 champions in clinical fashion. Stephan El Shaarawy gave the home side the lead within a minute, thrashing home a superb half-volley from Edin Dzeko’s knockdown.

Chelsea squandered chances of their own, and Roma made them pay. El Shaarawy grabbed his second of the game late in the first half, poking past Thibaut Courtois after some terrible defending from the away side. Diego Perotti’s low second-half strike confirmed the three points, taking Roma top of Group C in the process.

AS Roma 3 Barcelona 0
After a disastrous 4-1 defeat at the Camp Nou, Roma went into the second leg of this last-16 tie needing a three-goal swing against the five time champions.

A sixth-minute opener from Edin Dzeko brought the Stadio Olympico to life early on. Quarter of an hour into the second half, Gerard Pique clumsily bundled the Bosnian over in the box; Daniele De Rossi duly despatched the home side’s second from the spot.

With less than five minutes left, centre-back Kostas Manolas (below) headed home a crucial third goal from a routine near-post corner. One of the greatest comebacks in European football history was complete, as Roma put Barcelona – Messi, Suarez et al – out on away goals in dramatic fashion.

Edin Dzeko
Forward, 32
With six goals in 10 Champions League games this season, Dzeko is Roma’s leading attacking threat. He is the ideal central striker, able to occupy both opposing central defenders simultaneously – which often allows Roma’s wider players to attack their opposing full-backs one versus one. With his aerial power and aggression, Dzeko is then a threat from any subsequent crosses.

During his time at Manchester City, the Bosnian scored three goals in 11 appearances against Liverpool.

Radja Nainggolan
Midfielder, 29
The Belgian midfielder (below, left) is a fixture in the heart of Roma’s central unit. Nainggolan plays as part of a central midfield three, usually on the right side. However, with his ability to make supporting runs forward, he has also been used a number 10 in support of the lone striker.

Despite Nainggolan often advancing forward, his conversion rate could be better. From 19 shots in nine Champions League games this season, he remains yet to score.

Alisson
Goalkeeper, 25
Alisson (above, right) has this season established himself as Roma’s undisputed number one between the posts. He is a proactive goalkeeper, looking to collect crosses and high balls rather than punching them to safety. Out of 16 claims in this season’s Champions League, he has only elected to punch once.

Despite keeping five clean sheets from 10 games in Europe, the Brazilian has still conceded 12 goals. If Roma do concede, it is very likely that they will do so again thereafter.

Eusebio Di Franceso
2017-Present, 48
As a player, Di Francesco spent four seasons at Roma, winning the Serie A title in 2001. He later returned to the club for the 2005/06 season, as team operations manager.

He briefly spent time as a youth coach, and director of football, before taking over as manager at Pescara in Serie B. During the 2010/11 season, Di Francesco nurtured the youthful talent of Marco Verratti, who was later sold to PSG.

Di Francesco had a short-lived spell with Lecce, but success came with Sassuolo. In his first season in charge, he guided them to the Serie B championship and promotion to Serie A. Despite being sacked midway through the club’s maiden Serie A season in 2013/14, Di Francesco returned to save them from relegation.

Di Francesco prefers to build and attack with maximum width. With Edin Dzeko as his central striker, he encourages plenty of through balls into the penalty area. If his wide players look to drive inside, this allows both full-backs to overlap and provide crosses for his main forward. Central midfielders also look to make forward runs and support Dzeko in central areas.

Roma set up in a 4-3-3 shape throughout the group stage. However, when in need of a result – against both Shakhtar Donetsk and Barcelona – Di Francesco adapted into 4-2-3-1 and 3-5-2 structures respectively. As proven with his time at Sassuolo, and in recent European matches, he is flexible enough to adapt and change the finer tactical details of his approach.

Formation
Di Francesco has mainly set up using a 4-3-3 throughout this year’s Champions League. Both full-backs, Alessandro Florenzi and Aleksandar Kolarov, are very attack-minded, while Diego Perotti will often drop into central midfield from his starting position on the left of the front three, looking to overload the central areas. This allows Kolarov (below) to drive down the wings and cross or cut inside and shoot – as he did for Roma’s first goal away at Chelsea earlier in the competition.

Florenzi will also look to get forward down the right, but Stephan El Shaarawy in front of him will remain high, often moving in behind or up alongside Dzeko.

Roma are also flexible enough to remain compact and counter-attack teams from deep. They have averaged 16 counter-attacks per home game, compared with 12.6 away.

Through Balls
Roma often look to penetrate defences with through balls in behind. Their first priority is to find the central runs of Dzeko. Away goals at both Barcelona and Chelsea involved this type of build-up. With Dzeko’s great variety of finishing, he is a threat for any defence.

Alternatively, the Bosnian target man can move short, allowing balls over the top of the defence. This allows other runners from wider positions to penetrate in behind, and cross or shoot on goal. Two home goals against Chelsea came this way, with both wide players El Shaarawy and Perotti moving inside and scoring from distance.

Of Roma’s 15 goals in this season’s Champions League, five have come from through balls for runners in behind.

Tactical Flexibility
As shown in crucial knockout fixtures, Di Francesco can adapt and change the structure of his team. He set up in a 4-3-3 for all six group stage matches. However, he changed to a 4-2-3-1 in the away leg against Shakhtar Donetsk, and to a 3-5-2 in the home leg against Barcelona.

This latter system featured wing-backs who could offer constant width in both defence and attack. They could also perform a much more effective high press, with two central strikers pressing rather than one, and work additional support from the central midfielders.

Roma’s balls in behind also worked especially well with two strikers. As one made a run in behind, the other could attack the vacant central space.