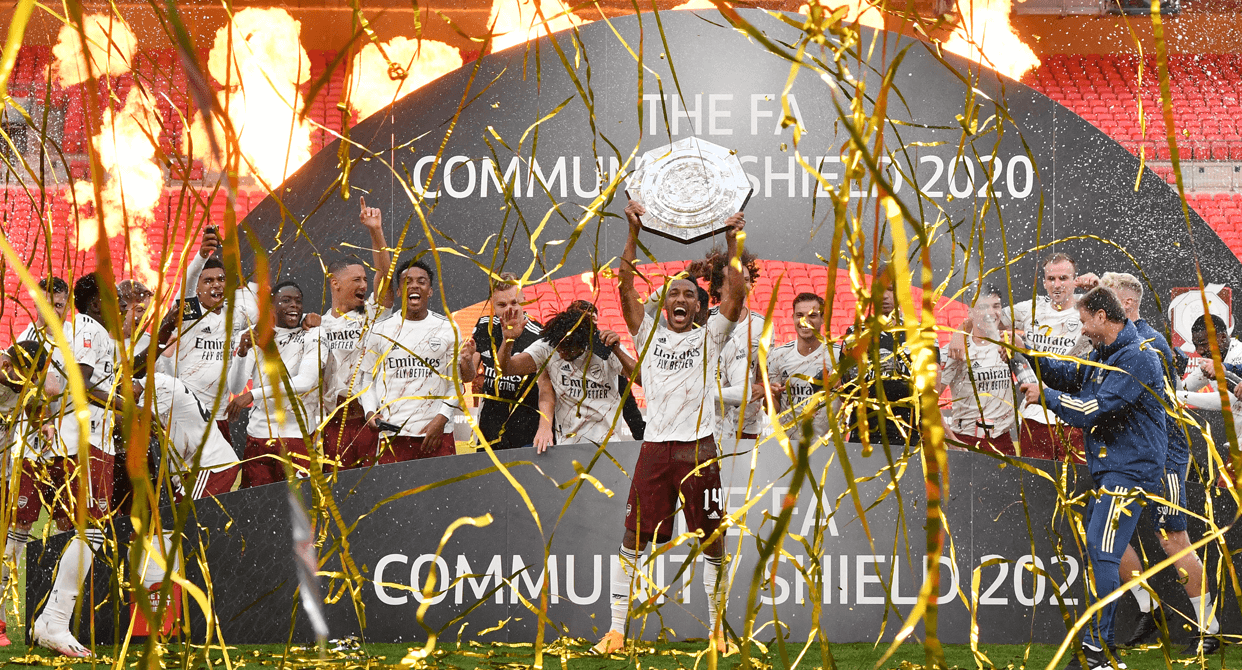 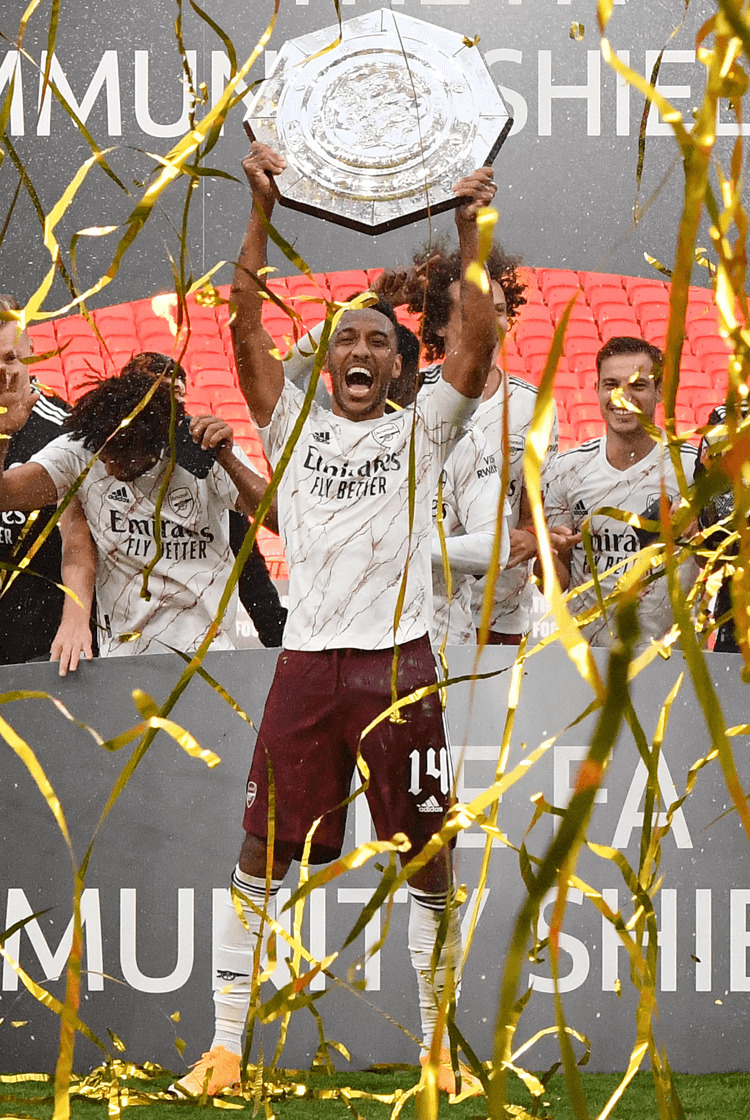 Mikel Arteta led FA Cup winners Arsenal to a second Wembley victory this month and with it a second trophy after a penalty-shootout victory over Premier League champions Liverpool in the Community Shield. Pierre-Emerick Aubameyang was once again Arsenal's match winner, with their captain and talisman scoring the opening goal of the game and later hitting the winning penalty after Takumi Minamino had struck in normal time and then Rhian Brewster missed from the spot in the shootout. Arteta was full of praise for his team: "I knew the challenge we faced against Liverpool but the players stepped up. The courage of the team, how aggressive we were without the ball, how we took the game to Liverpool in the final third. I was very pleased." 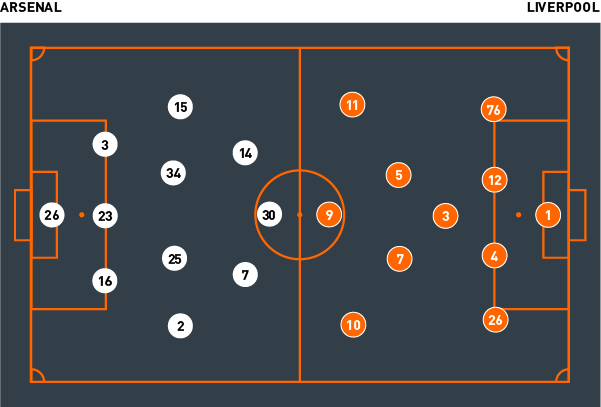 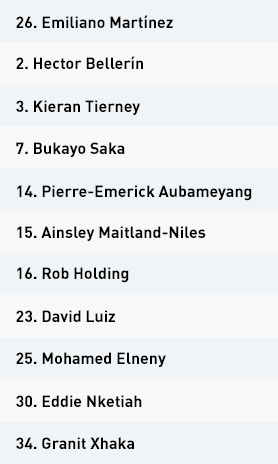 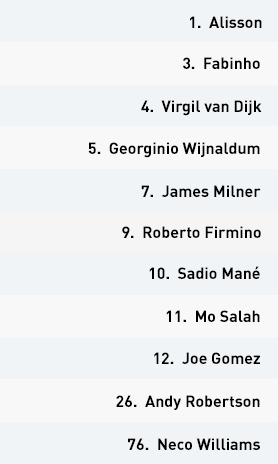 Mikel Arteta set Arsenal up in a 3-4-3 formation with Bukayo Saka, Eddie Nketiah and Pierre-Emerick Aubameyang forming the attack. They came up against a Liverpool side in a 4-3-3.

Arsenal built possession from the back wherever possible, adjusting their formation during the build-up phase by using Hector Bellerín, Rob Holding, David Luiz and Kieran Tierney to form a back four, while Ainsley Maitland-Niles pushed inside to become a left-sided attacking midfielder. Liverpool attempted to use a typically aggressive high press but Arsenal’s positional adjustments – along with the use of a double pivot – made it difficult for Jürgen Klopp’s side to achieve their usual success from this approach.

With Mo Salah and Sadio Mané closing down the centre-backs, Roberto Firmino picked up one of the two central midfielders with Georginio Wijnaldum or James Milner occupying the other, leaving Fabinho and the other central midfielder free to concentrate on Maitland-Niles while keeping one player spare in midfield. However, if Firmino pressed further forward – by closing down Emiliano Martínez, for example – Liverpool needed to use their midfield three to pick up Mohamed Elneny, Granit Xhaka and Maitland-Niles. This opened up a passing lane from the Arsenal centre-backs out to the full-backs.

On Arsenal’s right, Liverpool were happy to allow Andy Robertson to move out and close down the full-back, leaving Virgil van Dijk against Saka, but on Arsenal’s left, Klopp’s team were more reluctant to let Neco Williams move out to close down Tierney as that would have left Aubameyang one-on-one with Joe Gomez. Instead, Liverpool chose to release their wider central midfielder to close down Tierney, but this left Arsenal with a free midfielder, who they could play through before switching play to the opposite side.


Arsenal built play on the outside, exploited space behind the Liverpool full-back, and used a switch of play in the lead up to their excellent goal in the first half. They continued to build in that way and did well to maintain their composure and stick to their plan despite intense pressure from Liverpool’s front three and midfield; Elneny was particularly impressive in that regard.

Maitland-Niles’ position as a left-sided central midfielder allowed him to make runs that occupied Williams, leaving Aubameyang spare on the outside. The benefits of that were two-fold. Firstly, Aubameyang had more space to receive to feet or run in behind; secondly, Liverpool had to bring Salah back to nullify that threat, leaving them less threatening on the counter. There were also occasions when Tierney could be seen overlapping Aubameyang and providing Arsenal with a sixth point of attack alongside Aubameyang, Maitland-Niles, Nketiah, Saka and Bellerín.

Another impressive feature of Arsenal’s play was their understanding of when to be patient and look to secure possession rather than rushing forwards, with them resetting via a pass back to Martínez on several occasions. As the game progressed and Arsenal tried to defend their lead, they looked to counter-attacks as their main form of attack, but their deep out-of-possession structure and the fact that both Aubameyang and Saka dropped into defensive positions meant that the distance to Liverpool’s goal was too large and they posed little attacking threat.

Jürgen Klopp set Liverpool up in their usual 4-3-3 formation, and they came up against Arsenal in a 5-2-3 when out of possession. Liverpool had the majority of possession and had to be patient in trying to break down a well-organised Arsenal side.

Arsenal used their wide attackers to press the Liverpool centre-backs while Eddie Nketiah moved between pressing Alisson and screening passes to Fabinho. If Nketiah pressed Alisson then Mohamed Elneny moved forward onto Fabinho in order to prevent Liverpool from being able to easily play past Arsenal’s first line.

Liverpool tried to take advantage of their overload in midfield and also adopted positions to create overloads out wide. James Milner often dropped into the left-back position to draw Hector Bellerín towards him while Bukayo Saka pressed Virgil van Dijk. This allowed Andy Robertson to push up on the outside and create a 2v1 with Sadio Mané against Rob Holding. To prevent Arsenal’s ball-side central midfielder moving out to restore numerical parity in Bellerín’s absence, Liverpool dropped Roberto Firmino into midfield to occupy that midfielder. If Arsenal decided to move another man over while still pressing high, they sent David Luiz out, meaning Kieran Tierney and Ainsley Maitland-Niles had to shift across, leaving significant space on the right for Liverpool to switch play into. However, Liverpool wasted opportunities to switch play and could not take advantage.

After Arsenal took the lead, they dropped into more of a 5-4-1 mid block and these overload situations were much harder for Liverpool to generate. In this mid block, Arsenal allowed the Liverpool centre-backs to have possession while using any pass to a full-back or a midfielder as the trigger to go and engage.

Liverpool played lots of long balls from deep positions, but these proved ineffective, so they then tried to rotate players in the midfield and attacking lines to try and pick a hole in the Arsenal structure. Both Milner and Georginio Wijnaldum made plenty of diagonal runs beyond the midfield, moving away from the centre with the aim of pulling Granit Xhaka or Mohamed Elneny out of their slot while Firmino, Mohamed Salah or Mané dropped towards the ball to receive to feet in the space. These opposite movements were evident throughout the game and did provide some success in advancing beyond the Arsenal midfield, but their defensive line proved more difficult to breach.

This method was one of the few ways in which Liverpool managed to get Salah or Mané on the ball, but both players had a limited impact on the game. Mané    appeared more threatening when he moved into a more central position and found himself up against Holding rather than Bellerín, but he still had little influence on the game.

In the second half, the introduction of Naby Keïta and Takumi Minamino saw Liverpool switch to a 4-2-4 in possession, though this regularly became a 2-2-6 due to the height of the full-backs. Fabinho and Van Dijk became the two centre-backs while Gomez and Robertson played as full-backs. Keïta and Wijnaldum played in midfield while Minamino, Mané, Salah and Firmino formed the front four. The use of six points of attack was designed to disrupt Arsenal’s compact defensive line with Liverpool’s attacking quartet able to make short, sharp combinations that could exploit any space at the heart of Arsenal’s defence.

Minamino tried to operate on the blindside of his opponents as much as possible and his positioning made it difficult for Arsenal to establish who was responsible for picking him up; his cunning movement eventually led to him becoming free to score Liverpool’s equaliser. Arsenal’s players had to communicate constantly to avoid conceding any more chances like this and as the game wore on, Aubameyang and Saka played a key defensive role in tracking forward runs from Liverpool players to take the game to penalties.